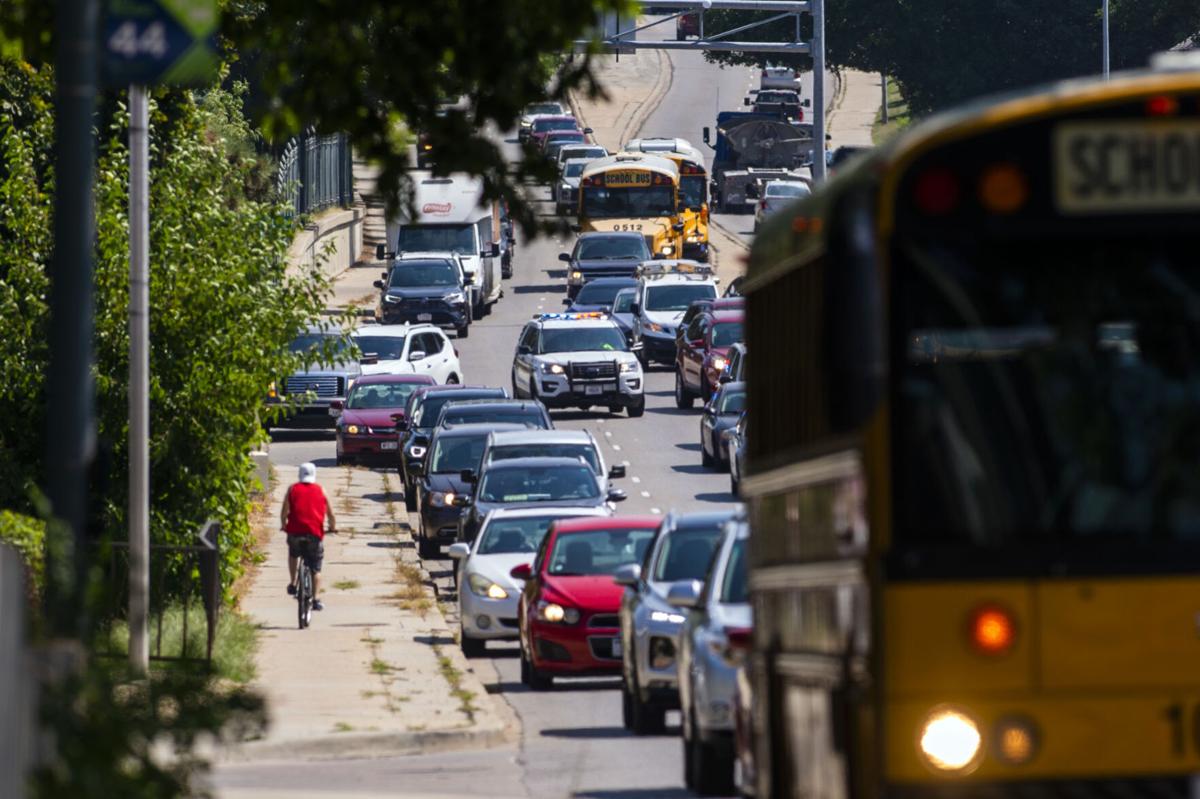 Traffic on O Street is congested as law enforcement agencies shut down streets as they search for the man suspected of shooting a police officer Wednesday. 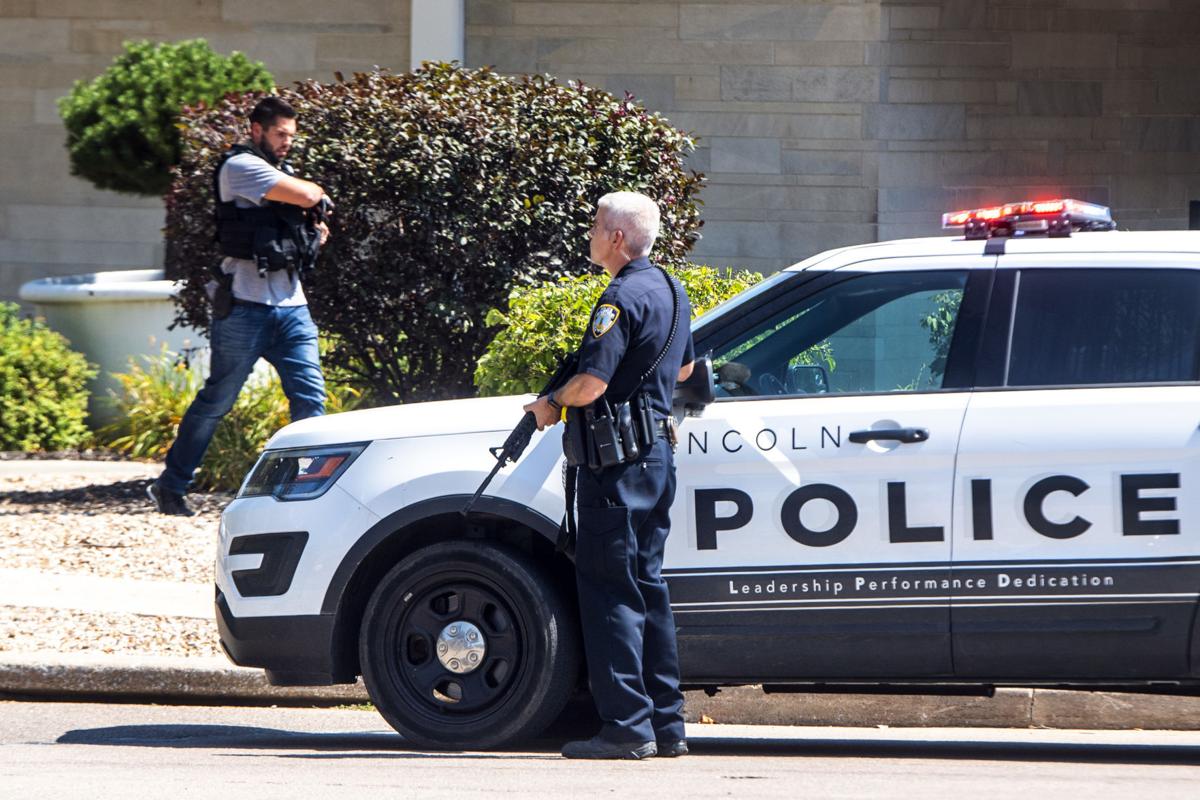 The slide on the Hartley Elementary School playground was near a school window, one Lincoln Public Schools Security Director Joe Wright happened to be looking out of when he saw one of the suspects take refuge under the slide.

Wright, who spent 26 years on the Lincoln police force before heading up LPS security, called 911 and told officers in the area he’d spotted a suspect on the playground.

Wright was overseeing the security protocols at Hartley after LPD called to let him know it planned to serve a search warrant nearby, across 33rd Street on Vine Street.

The school was in “secure” mode, used when there’s a threat outside the building. Students and staff come inside, outside doors are locked, but school goes on as normal.

Wright was standing outside the main door on the west side of the school with a police officer when they heard gunshots coming from the house across the street and saw two men run east, to the north side of the school.

Wright ran inside the school to make sure administrators went from secure mode to lockdown.

The lockdown protocol requires interior doors be locked, lights turned off, students remain silent and move to a corner so they can’t be seen from outside the classroom door.

Before one of the suspects ran onto the playground and into Wright’s line of sight, the security director had seen police officers in the area, and put the school back in secure mode.

Lockdown, which are the protocols followed if there’s an intruder in the school, are hard on kids, he said, so he didn’t want to keep them in lockdown if the suspects had left the area.

After he saw the suspect under the slide and called 911, he had administrators go back into lockdown since police had not yet found the second suspect.

He modified the lockdown procedures because there was no threat inside the building: interior doors stayed locked and kids stayed in their classrooms, but the lights were on, kids sat at their desks and teachers kept teaching. The principal made sure teachers knew there they were safe.

Once police arrested the second suspect, who’d run into a nearby house, the school went back to normal.

'Get the hell out of here': Lincoln neighbors come face-to-face with fleeing suspect

Lunch had been postponed since kids had to stay in their classrooms once the lockdown was lifted, Wright said.

School got out at the normal time, though parents picked their kids up on the west side of the school, away from the playground.

The protocols worked well, and parents followed requests that they not come to the school because their students were safe, and students did great, Wright said.

“Our kids were awesome."

Victim of Lincoln shooting may have showed gun first, according to court records

Photos: Pursuit of suspect in central Lincoln after shooting

LPS has some technology glitches on first day of remote learning, but lots of kids log on

On the first day of remote learning, 14,322 students Zoomed into classes, collectively spending more than 3 million minutes on Zoom, though some had problems getting onto Zoom.

Anthony Moreno, now 17, is set for sentencing in October.

Teens jumped on vehicle as thief stole iPhone one had met him to sell, Lincoln police say

A 16-year-old girl had gone to 16th and Prospect streets to meet the buyer, who jumped in his car when she handed him the phone to look at.

LPS has had a total of 16 positive COVID-19 cases since school started, a number that could include staff, students or visitors.

Interlocal board members said they have listened to opponents and understand there is institutional racism. But they said they’ve heard from even more people who support the SRO program.

In her new role, Price will work closely with the top-level district executives to address equity issues and recommend equity-related policies.

District officials say they should have the lunchroom table barriers at all schools within about three weeks in order to address an area where kids were less protected.

Lincoln Investigator Mario Herrera, who was shot in line of duty, dies

Traffic on O Street is congested as law enforcement agencies shut down streets as they search for the man suspected of shooting a police officer Wednesday.