"DeDra was a fighter. She fought as hard as anyone can to live — all so she could be with our kids," said her husband, Jeff Robb. "Cancer and all the many painful effects were her burden, but she did not want that to define her, her children or her family."

DeDra Robb, who lived with her family near Chalco Hills, died Sunday at 49 in an Omaha hospital. Her funeral service will be 11 a.m. Monday at Christ Lutheran Church, 4325 Sumner St. in Lincoln.

She began treatment for stage 2 HER2-positive breast cancer as a young mother of three in 2009. The treatment included a double mastectomy, chemotherapy, targeted therapy and radiation.

“I was 37 years old when I was first diagnosed,” Robb said in a 2017 interview. “I chose to do a double mastectomy because I did not want to do this again.”

In early 2013, DeDra was diagnosed with metastatic breast cancer. Cancer was detected throughout her body.

The five-year survival rate for that type of cancer was less than 30%.

"She survived 9½ years, and she fought for every day of that — all for her kids," her husband said. "Everything she did was for her children."

Memorials are suggested to her children's education.

DeDra Janssen grew up in Lincoln, graduating from Lincoln East High School as the valedictorian of the Class of 1991. She studied journalism at the University of Nebraska-Lincoln and graduated in December 1995.

She met her future husband while taking journalism classes at UNL, and they married in 1996. They worked together at the Kearney Hub newspaper from 1996 to 1998 and at the Omaha World-Herald starting in 1998.

After their first child, Isabel, was born in 2002, DeDra set aside her journalism career to become a full-time mom, which her husband said "was her true calling." Their son, Owen, followed in 2004, and daughter Emily arrived in 2009.

The family made the most of the precious time they had together, Jeff said.

"We had cancer, but cancer is not who we are," he said. "DeDra wanted people to see her just as a person and as a mom, not as a cancer patient."

The family made numerous trips to Walt Disney World. Other vacation highlights included Mount Rainier and the Quinault Rain Forest in Washington state; trips to California with stops at Disneyland, Yosemite National Park and the Golden Gate Bridge; Texas to see the San Antonio Riverwalk, the Alamo and the Johnson Space Center; Denver and the Rocky Mountains; Mount Rushmore; and Fort Robinson.

Activities she completed off her personal bucket list included taking her oldest daughter to a Taylor Swift concert; attending an Imagine Dragons concert and seeing "Hamilton" in Chicago. She also took part in a "Casting for Recovery" fly fishing retreat near Valentine.

"We decided to get out and create memories," her husband said. "We wanted to do as many fun things as we could because there was no time to waste."

In a video for Oncology Associates of Omaha, DeDra described not just living with metastatic breast cancer but thriving. Instead of telling people that she was undergoing chemotherapy, a word she didn't like, she simply would say she was taking treatments.

DeDra's faith and music were important parts of her life, her husband said.

"Her mantra came from the song 'O'Lord,' by Lauren Daigle (that includes the line), 'I will stand my ground where hope can be found,'" Jeff said. "Even in her most difficult circumstances, she sought out hope and held to it."

Walter Hooker's boss, Andy Kaup, is donating a kidney to Hooker. The two pastors at Bellevue Christian Center shared their story with the church, which has rallied around Hooker. 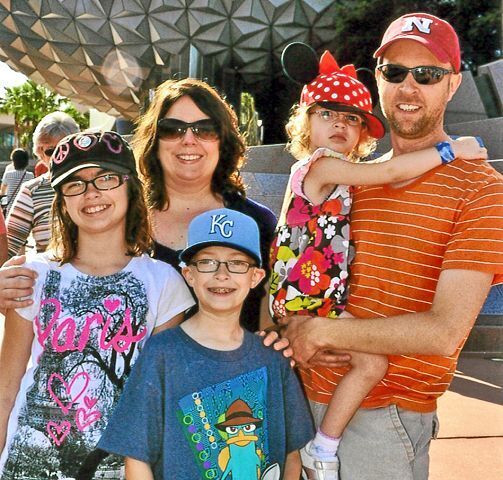 DeDra and Jeff Robb, along with their children, from left, Isabel, Owen and Emily, at Disney World in 2012. The family made the most of the precious time they had together, Jeff Robb said. 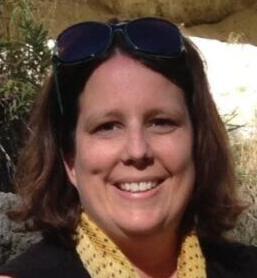