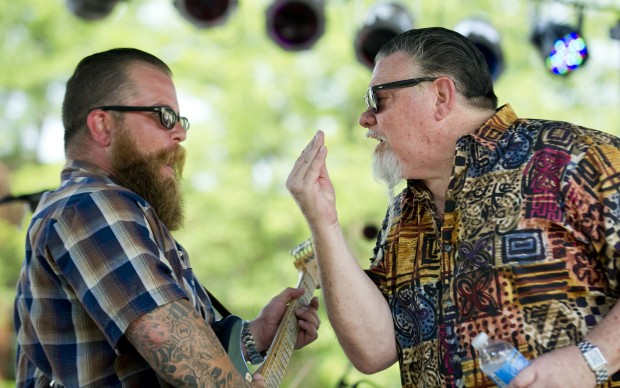 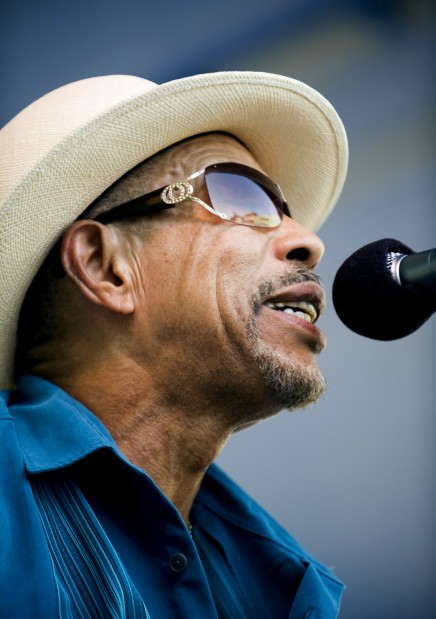 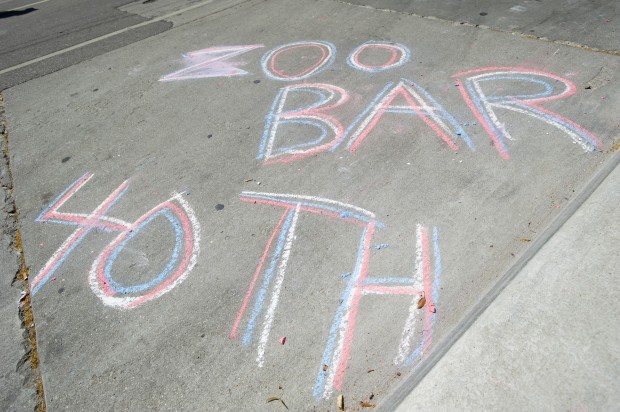 Why a mid-sized town in the middle of the country has been home to blues greats from around the world for 40 years is anybody's guess.

Some give all the credit to the late Larry Boehmer, who turned a little dive bar on North 14th Street into a draw for some of the biggest names in the business.

Others say it's the dark, narrow bar's intimate atmosphere and its fans' sophisticated musical taste.

Blues roadhouse veteran James Harman thinks it may be that many, many years -- millennia? -- ago, a flying saucer touched down and planted a seed that sprouted, then flourished, when Boehmer walked in the door as a young art student and just knew it was born to be a home to the blues.

"Lincoln, Nebraska, is the center of the United States," Harman said after he played the Zoo Bar 40th anniversary celebration Thursday afternoon. "It's a spot where a certain intelligence took root. I find it to be a special place."

The 67-year-old California-based singer, harmonica player and songwriter met Boehmer in the late 1970s or early '80s when he first played the Zoo, and the two became fast friends.

"We were kindred spirits," said Harman, who flew in from Oceanside, Calif., at his own expense to play the festival.

He played the 25th anniversary in 1998, the first time Boehmer took the party outdoors, and he played the 35th, too.

Harman hadn't been officially written into the schedule this year, but said he wanted to be here for the 40th, the first without Boehmer, who died in September, and blues giant Morris "Magic Slim" Holt, a mainstay on the Lincoln music scene from his trip to Lincoln in 1975 until he died in February.

"The 40th is special," said Zoo Bar owner Pete Watters. "Not necessarily special in a positive way, but special. It's weird, really weird, not having those two guys, those cornerstones, here."

One of Holt's old side men, John Primer, drove in from Chicago with his band to pay homage to his old friend Boehmer and to his old boss.

"We love you Magic Slim," Primer, 68, shouted from the stage on the first day of the three-day outdoor festival. "I'm here playing all the great songs my late, great boss taught me. I'm playing what he taught me -- the magic man."

Large black-and-white photos of Boehmer and Holt flanked the outdoor stage as well as the little one inside.

"I cried a little bit when I saw those photos last night," Harman said. "It is sad in my heart to miss those guys, but I'm very happy he (Boehmer) started this, and that it goes on."

Harman said he and other veterans are glad to welcome young players who come to them to learn and to ensure the music and the places that book it live on.

Case in point: Josh Barger, 17, who got up on stage with Holt for the first time when he was 14 and now performs regularly.

"I admit, I was scared to death," the young bass player said. "They've always been really accepting and helpful.

"I hope it will be here when I'm their age."

"We are extremely proud of our history," said owner Pete Watters, "but it's not a museum. It's a living, breathing thing. The variety in the lineup reflects that, and it's a lineup that I hope Larry would be proud of."

Wolgamott: A night of great guitar at ZooFest