Kim Young knows what it’s like to travel hundreds of miles to have an abortion in a state she doesn’t call home.

Told no Planned Parenthood doctor in Nebraska could legally perform an abortion on her, she got in a car with husband Damon and drove toward Des Moines, Iowa, just before Christmas 1998.

Young, then a mother of two who was roughly 20 weeks pregnant, had an ultrasound showing the brain and skull of the fetus inside her wouldn’t fully form, a fatal birth defect called anencephaly.

Now she was terminating the pregnancy 2½ hours from her Omaha home. She says she felt like she was “being chased” to Des Moines.

“Just the sheer legality of having to leave state lines to be able to do that is a very overwhelming and terrifying feeling,” said Young, now 50. “You’re kind of in an unfamiliar no man’s land.”

Many who have fought against abortion cheer the potential change. They say Nebraska is a socially conservative state where abortion should and will be banned.

“We don't believe abortion should be legal. And we're working toward a future where it is illegal,” said Marion Miner, associate director for the Nebraska Catholic Conference.

Pro-abortion advocates, meanwhile, are already preparing for a future where Nebraskans seeking an abortion might travel to a cluster of clinics across the Illinois border from St. Louis.

Other Nebraskans might head north, to Minnesota, where Planned Parenthood is looking to add clinics and staff to deal with an influx of patients.

Residents of central Nebraska could head west, to Denver or mobile clinics popping up near the Colorado border.

“We've been preparing for the worst-case scenario, which now we know is most likely our reality,” said Chelsea Souder, director of abortion fund Nebraska Abortion Resources.

The potential impact on Nebraskans hinges on three factors.

* One: The Supreme Court must overturn Roe v. Wade, which seems likely after a leaked draft opinion suggested the court will reverse the 1973 decision.

* Two: Anti-abortion state senators must cobble together 33 votes to ban abortion in Nebraska. That’s a number they couldn’t reach in April, though there are signs they could succeed during a special session this summer, or during the 2023 session.

* And three: If abortion is banned in Nebraska, the future of abortion in Iowa and Kansas will determine how far Nebraskans must travel. That future is contingent on court fights, potential constitutional amendments and the passage of new bills. Other neighbors — South Dakota, Wyoming and Missouri — have “trigger bans” that go into effect if Roe is overturned.

Even though abortion is legal in Nebraska, accessing it is already difficult for many.

The state has three in-state providers. All are located on Nebraska’s eastern edge: Dr. LeRoy Carhart’s Bellevue clinic and Planned Parenthood locations in Lincoln and Omaha. Receiving abortion pills through telehealth is illegal in Nebraska.

Nebraska is, in fact, one of a handful of states where residents must travel the farthest to reach an abortion clinic, according to analysis by Caitlin Myers, Middlebury College economics professor and abortion access expert.

Residents in 70 of Nebraska’s 93 counties must travel more than 50 miles to the nearest abortion clinic, Myers’ research shows. Residents of 41 Nebraska counties currently find their closest clinic in a neighboring state.

Adding 100 miles in travel to an abortion clinic stops 20% of women from accessing it, Myers’ research found.

Using projections that abortion would be banned in Nebraska and Iowa after Roe falls, Myers estimates that the eastern half of Nebraska would see a markedly lower number of abortions, with Omaha and Lincoln experiencing a 25% drop in abortion rates.

Applauding the draft opinion, anti-abortion groups in Nebraska are now working with legislators to ban abortion in the state.

“Certainly, those of us who work in this area would love to see no child sacrifice,” said Sandy Danek, executive director of Nebraska Right to Life.

Pro-abortion rights groups have tried for years to ramp up staffing capacity at clinics in “safe haven states” with more protection, Souder said. They’re educating patients on abortion pills and navigating the system.

Two mobile clinics operated by Just the Pill will begin traveling near the eastern Colorado border in June. The operators said they expect the need will grow if Nebraska passes an abortion ban.

A Tennessee provider last week announced the opening of a clinic in Carbondale, Illinois, near St. Louis. Carbondale is 545-mile drive from Lincoln.

That distance — and the related cost — will disproportionately impact Nebraskans lower on the socioeconomic ladder, local experts say.

An out-of-state abortion costs between $3,000 and $8,000, Souder said, including the procedure and travel costs.

“We are going to leave some people behind,” said Sofia Jawed-Wessel, a University of Nebraska at Omaha public health professor and sexual health expert.

Earlier this year, Souder helped a central Nebraska woman 23 weeks pregnant, too late for a Nebraska physician to legally perform an abortion, to fly to southern Illinois.

“She was really desperate for care and disclosed that if she couldn't get out of the state … she was just contemplating taking care of it on her own, whatever that means,” Souder said.

The Nebraska Legislature may take up an abortion ban bill as soon as this summer. The vote, if it happens, will almost certainly be close.

Speaker Mike Hilgers, a Lincoln senator who is running for Attorney General, has said he will call a special session if the Supreme Court strikes down Roe. Hilgers and abortion opponents will need 33 votes to overcome a filibuster.

They narrowly missed that number in April, when LB933, a bill that would have outlawed abortion and offered no exception for rape or incest, received 31 votes.

And Sen. Justin Wayne, an Omaha Democrat, is believed to be the potential 33rd vote.

Fellow Democrats and pro-abortion rights advocates have expressed worry that Wayne, absent from the Legislature the day of the LB933 vote, may vote to ban abortion during a special session.

Even if no special session is called, the new Legislature may introduce a similar abortion ban this winter. Nearly half of the 49 legislative seats are up for election this November.

One man's decade-long literary meditation brought him to the front porch of the most famous literary home in Nebraska. The Los Angeles artist is retyping three Willa Cather novels as part of his 100 Novels Project.

Ex-Nebraska prison employee goes to prison for smuggling in marijuana, contact with inmates

Eleven counties mailed a ballot to every registered voter this year, up from just four counties that elected to use the method four years ago.

The village of 276 residents has worked to rebuild in the eight years since two tornadoes ripped through the small town. That rebuilding has been hampered by another disaster — a city clerk stealing more than $700,000 in village funds.

What the Supreme Court decision to overturn Roe v. Wade means for Nebraska

Abortions are still legal in Nebraska. But the latest ruling is expected to prompt a special session for the Legislature to consider banning abortions in the state.

‘Return to the Inferno’: Wildfires rage in southwest France

Massive models of planets light up at Czech planetarium

Massive models of planets light up at Czech planetarium 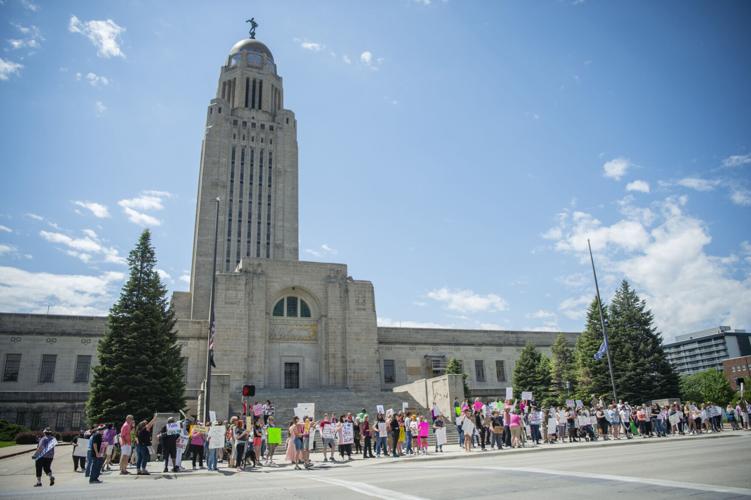 Hundreds attended an abortion-rights rally earlier this month outside the state Capitol. A special session of the Legislature is expected to be called later this year to consider banning abortion in Nebraska. 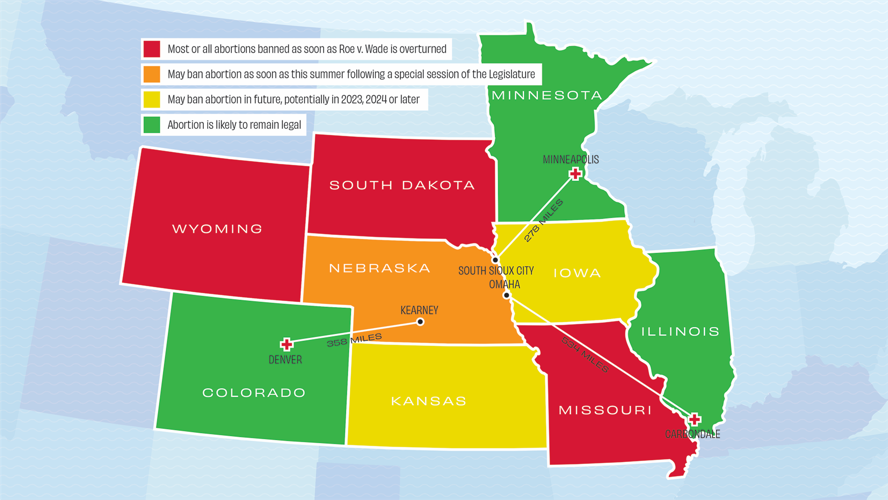