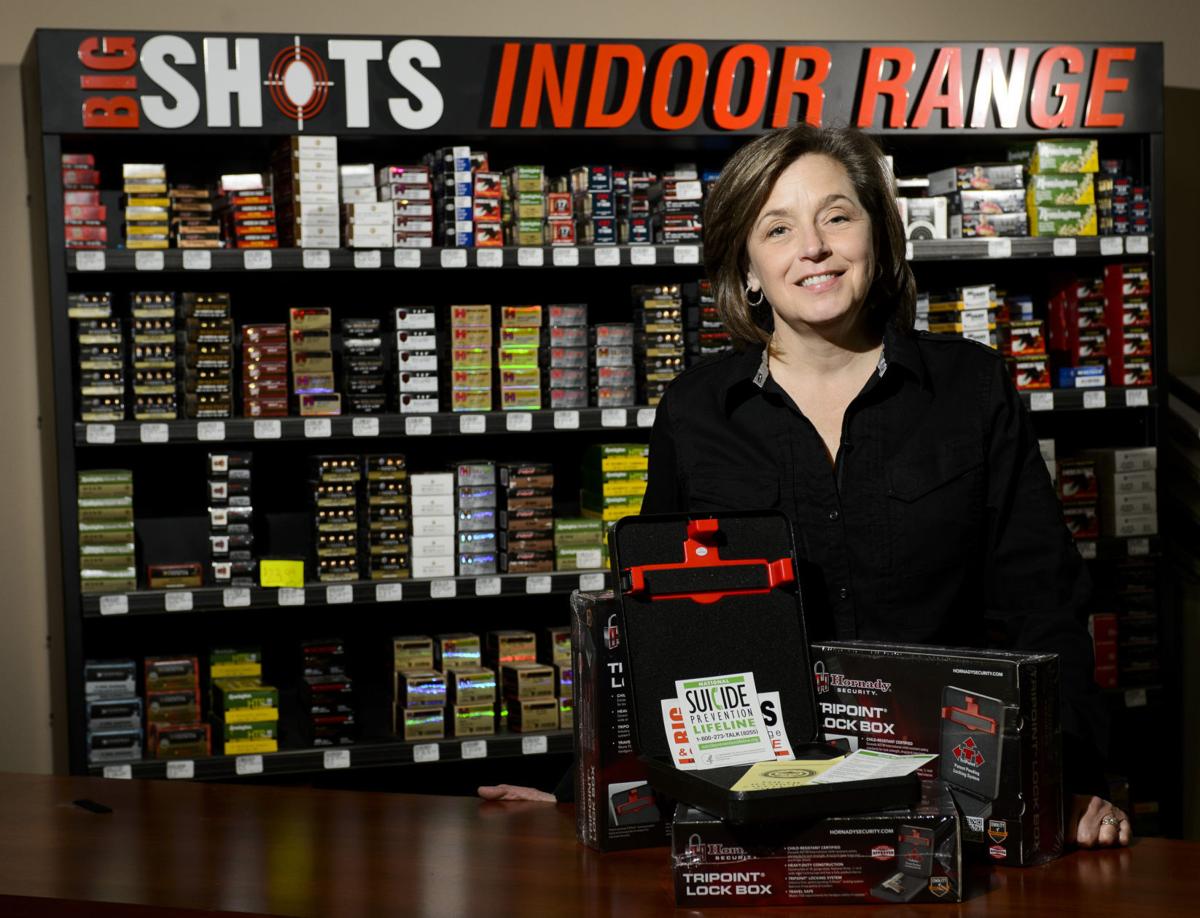 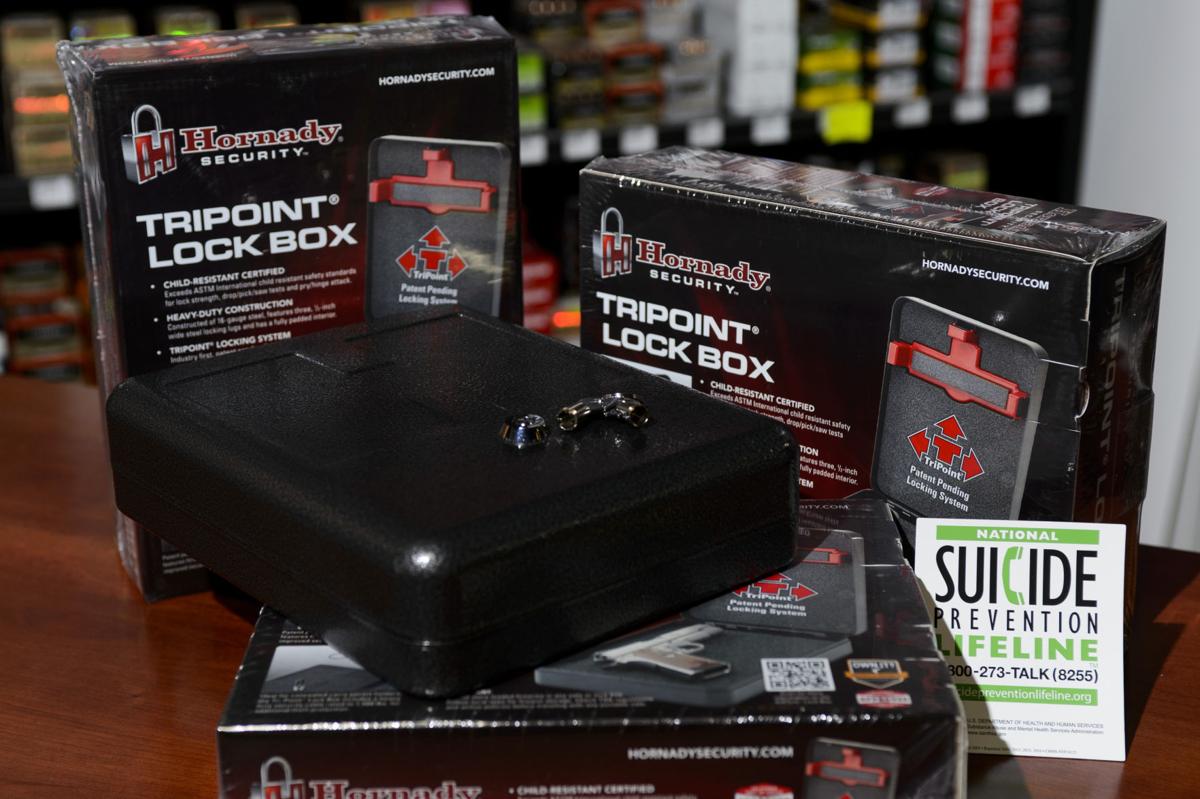 Sometimes the difference between thought and action is a moment, a shift in forward movement, a small barrier that could save a life.

That’s the reasoning behind the Lincoln-Lancaster County Suicide Prevention Coalition’s latest effort: distributing 85 lock boxes to handgun owners to make it just a little harder for someone contemplating suicide to follow through.

“It’s a chance to pause,” said Rose Hood Buss, co-chair of the coalition.

BigShots, a local gun range and firearms store, made the chance possible, selling the lock boxes to the coalition at cost. That's part of a collaboration that also includes posting prevention information at the BigShots range and plans to begin providing suicide prevention materials with all gun sales.

Teri Clark, co-owner of BigShots, said the coalition provided the suicide prevention signs for the range and cards for counters and bathrooms about a month ago. Before that, the business had used similar materials provided by veterans' groups.

Clark said suicide prevention has always been important to her and her husband, Jim, who co-owns the business, but the death of a 22-year-old man at the range last year prompted them to increase employee training to recognize signs in customers who might be at risk of killing themselves.

They also will offer employees training through the coalition.

Teri Clark became familiar with the coalition through her work with an association of local health directors, through which she’s spearheading a veteran’s outreach program. The Clarks are both veterans.

“It’s socially responsible for us, and personally, it means a lot to us -- not just us but our entire team -- to make sure guns are used for the proper reasons,” she said.

Clark said she hopes the efforts by BigShots can be a model for other businesses.

The store sells all guns with locks, she said, and educates buyers on how to use them and keep them away from kids and others who shouldn’t have access. Lock boxes are another deterrent, she said.

The coalition will give some of the lock boxes away at an open house at BigShots, Oct. 7-9, and will work with city officials to find ways to distribute them, perhaps at a gun amnesty event, Hood Buss said.

"That time between accessing the means and carrying it out is so important.”

The coalition was created in 2014 after a spike in suicides among young people. In 2013 and 2014, 22 people 24 or younger died by suicide -- more than double the number in the previous four years.

The coalition also worked with city, University of Nebraska-Lincoln and hospital officials to post signs in parking garages. In the past two years, six people have jumped or fallen to their deaths from downtown parking garages.

The coalition has trained 2,000 people to recognize the signs -- and ask the right questions -- in people who may be thinking about suicide. It also has worked with school officials to expand efforts to include lessons about social and emotional skills: how to manage emotions, achieve positive goals, feel and show empathy and build positive relationships.

The coalition provided lessons about recognizing signs of suicide to public and private schools in Lincoln and identified sixth grade as a transition point where more focus on coping strategies was important.

And the coalition is working with others who are trying to find help for people in crisis for whom hospitalization isn't the right answer.

The latest awareness campaign will focus on finding those who have "clout" with young people -- outreach agencies such as The Bay, for instance  -- to help them erase the stigma around suicide and encourage people to talk about it.

"The message of suicide prevention is centered around hope,” Hood Buss said. “There is hope.”

* Talking about wanting to die or to kill themselves.

* Looking for a way to kill themselves, such as searching online or buying a gun.

* Talking about feeling hopeless or having no reason to live.

* Talking about feeling trapped or in unbearable pain.

* Talking about being a burden to others.

* Increasing the use of alcohol or drugs.

* Sleeping too little or too much.

* Withdrawing or isolating themselves.

For transgender students, acceptance goes beyond a bathroom stall

Near the end of his freshman year, Alek Duncan stood in the doorway of his journalism teacher’s room after school one day.