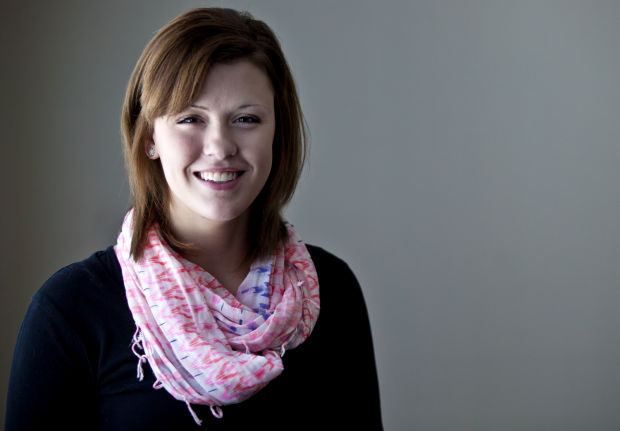 Abigail Sailors, 18, doesn't have to worry as much about paying for college after one of her Cracker Barrel customers gave her much more than a 20 percent tip after his lunch Thursday. 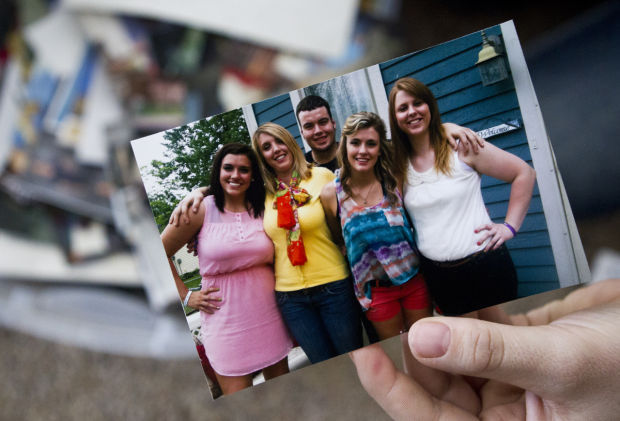 Sydnie Murphy, 20, holds a photo of her and her four siblings. The five were put into foster care after their mother was severely injured in a car accident 18 years ago. 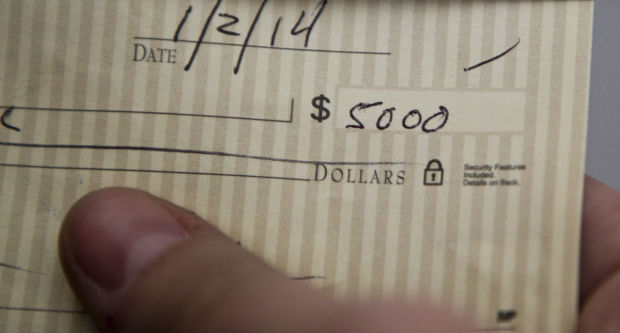 Abigail Sailors holds one of two checks a Cracker Barrel customer gave her after she served him lunch Thursday.

The Cracker Barrel customer had a checkbook, and what he wrote in it after lunch Thursday would make his happy server even happier, but first he and his friend had a few questions.

They asked the hostess: Can you give us your grumpiest server? We want to make them laugh.

Sorry, the hostess said. Nobody grumpy here. I’ll seat you with our happiest.

At Table 222, they asked Abigail Sailors for the special -- turkey and dressing -- and for eggs and sausage.

Then they asked the 18-year-old why she was so happy.

And over the course of their meals, she told them.

About her childhood. The youngest of five from Falls City was just 7 months old when her parents crashed their car on the back roads to St. Joseph, Mo. Her mother never fully recovered from her brain injury, and her father wasn’t fit to be a father.

They were scattered to three foster homes, then reunited under the same roof. They endured abuse there for years, said Abigail’s older sister, Sydnie Murphy. That foster father is still in prison.

“All the horror stories you hear about foster care,” Sydnie said, “we lived through it.”

The state split them again -- some to other homes, Abigail and Sydnie and a brother eventually to their father’s house. But then he was arrested for abuse, too.

They didn’t find real stability until about nine years ago, when John and Susi Sailors took them in. And kept them. And raised them. And loved them like they love their own five children.

“It’s a great home, great people, amazing,” said Abigail, who took their last name. “I don’t know how I would have turned out if I didn’t have them. They shaped the person I am today.”

Abigail still sees her birth mom. In fact, she and Sydnie were picking her up at her rehabilitation home in Omaha and taking her out for pizza Thursday night.

After she talked about her past, Abigail told her customers about her future. Which was on hold. She had just finished her first semester at Trinity Bible College in North Dakota, where she’s studying youth ministry and psychology.

But she’s paying her own way, and didn’t have enough money for the spring semester. So she was saving her wages and tips to add to her financial aid, and planned to return next fall. She was thinking about taking online courses until then.

“She’s always been a good worker and paid her own bills and saved her money,” her foster father said. “She’s a great girl. It’s amazing where she is from, what she’s been through.”

And that -- all of that -- was why she was so happy, the server told her customers.

Her life could be worse. But it isn’t.

“I’m just thankful. Everything we went through, my attitude is: God blessed me with a lot of things. I’m doing good. That’s all that matters to me.”

The customers -- one older, one middle-aged -- kept asking questions. Abigail kept answering. She didn’t know them. They weren’t regulars at the north Lincoln restaurant. She did learn they were from Nebraska, and she learned their names, but didn’t feel right sharing them.

When the men were finished eating, one told her he had graduated from Trinity.

He opened his checkbook.

He left a $100 tip she split with another server.

And Abigail, who’d felt like she already had so much, now had even more.

“I couldn’t believe it. I tried to thank them, and they said, ‘thank God.’”

Is this the world's first fully robotic AI café in the world?

Is this the world's first fully robotic AI café in the world?

10 times we were proud to be Nebraskans

Some moments or events are etched into our hearts as Nebraskans. Here are 10 of them.

9 weird and wonderful attractions to visit in Nebraska

From bizarre to awe-inspiring, here are nine quirky attractions found only in Nebraska.

Granite City staff better at giving than receiving: The story of a $170 dinner tip

The gift they kept on giving started with a phone call to Granite City, from a stranger named Wendy.

Abigail Sailors, 18, doesn't have to worry as much about paying for college after one of her Cracker Barrel customers gave her much more than a 20 percent tip after his lunch Thursday.

Sydnie Murphy, 20, holds a photo of her and her four siblings. The five were put into foster care after their mother was severely injured in a car accident 18 years ago.

Abigail Sailors holds one of two checks a Cracker Barrel customer gave her after she served him lunch Thursday.