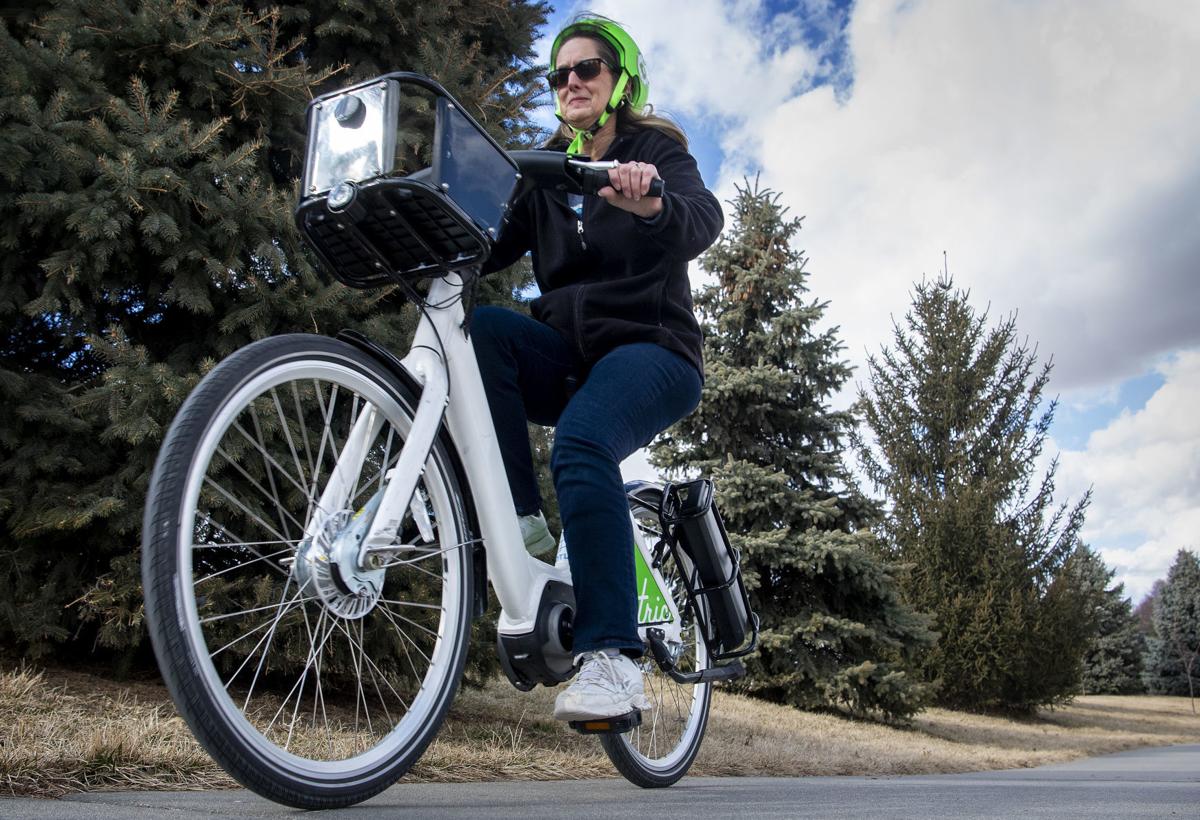 Pam Wisner of Valparaiso tries out one of five e-bikes that will be tested by BikeLNK, the city's bike-sharing program. 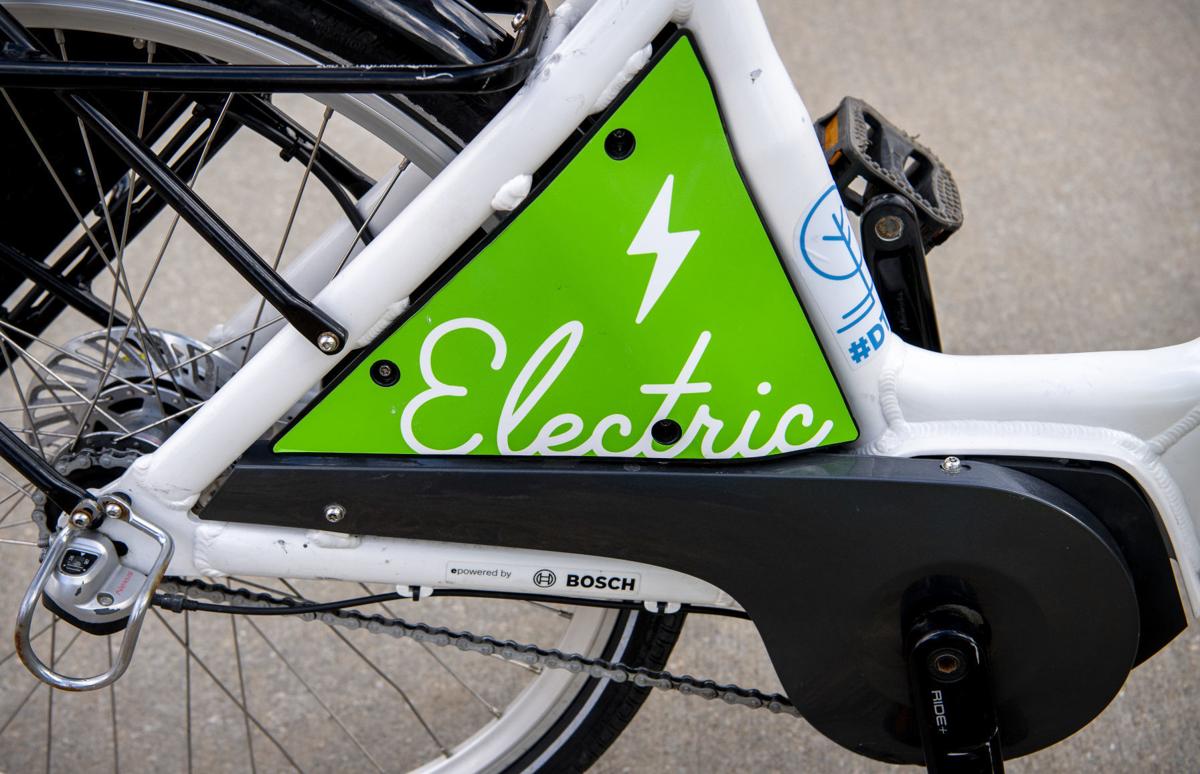 The city's bike-sharing program is testing five e-bikes, with a goal of adding them to its fleet.

The city’s bike share program is getting a boost from the temporary use of electric-assist bikes, capable of reaching 17 mph with easier-than-normal pedal power.

And they’ll know when they’re on one.

“It makes everything easier to go farther for longer with less effort,” she said. “It’s almost like you go from not fit to fit instantly with these things. People get on it, and the first thing they say is, ‘Oh, wow.’”

The e-bikes are part of a two-month pilot program that could be extended to three, Granquist said, though her ultimate goal is to permanently add them to BikeLNK’s stable, as early as this summer.

Since BikeLNK launched in Lincoln nearly two years ago, riders have totaled 77,000 trips. But e-bikes will attract users who might be reluctant to rent traditional bikes, she said.

“They’ve been game-changers for other communities. When you add e-bikes, it elevates access for so many people for so many things.”

Omaha added 90 e-bikes to its bike share program, and trip numbers increased 118%, according to a news release from the city of Lincoln. And after Madison, Wisconsin, converted its program to all e-bikes, ridership increased by more than 150%, Granquist said.

BikeLNK plans to designate a different daily home base for the e-bikes to rotate them through the system. The bikes will start there each morning, and be returned there three more times that day. The bikes will also be shown on the BCycle App with a lightning bolt icon.

Lincoln police cracking down on bikes on downtown sidewalks

On Monday, they’ll debut at the 11th and P streets station outside Embassy Suites. Riders activate them with a switch on the left side of the handlebars, and, when they start pedaling, the assist kicks in, matching their effort. The motor cuts out at 17 mph.

BikeLNK staff will replace the batteries after 40 miles, Granquist said, so the e-bikes will stay on the street day and night.

And she’ll start seeking grants, donations and sponsorships, raising money to buy e-bikes for Lincoln’s program. They cost about $2,200 apiece compared to the $1,300 cost of the program’s traditional bikes.

“We would love to be able to see e-bikes in the program,” she said. “They make perfect sense; they elevate the playing field.”

Pam Wisner of Valparaiso tries out one of five e-bikes that will be tested by BikeLNK, the city's bike-sharing program.

The city's bike-sharing program is testing five e-bikes, with a goal of adding them to its fleet.