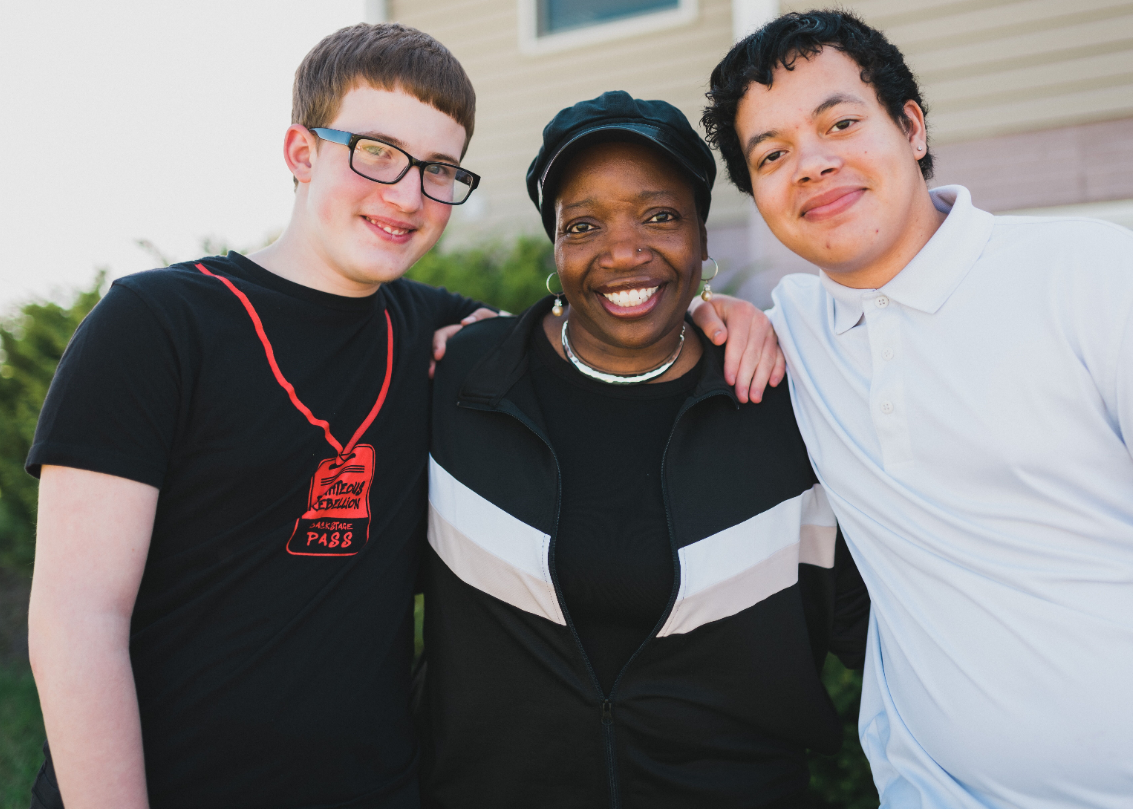 Rachael Folds with two of her adopted sons, Jacobi (left) and Brysen. 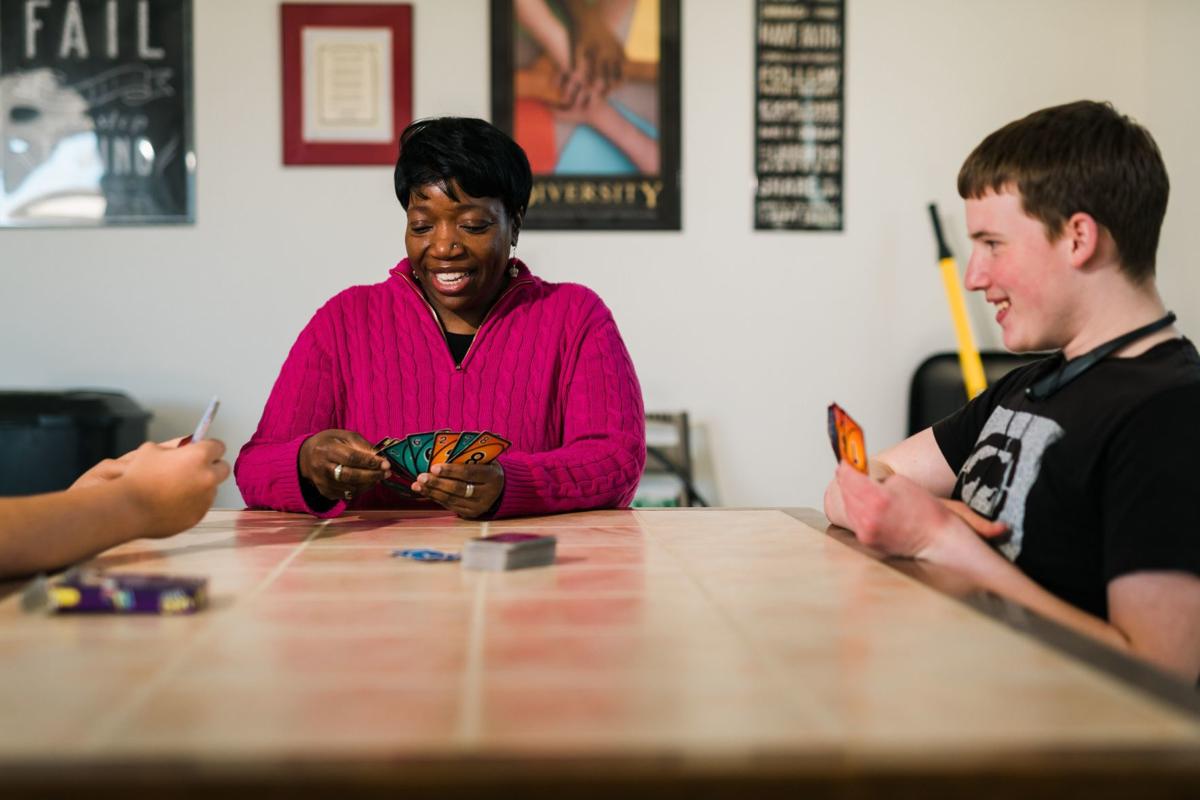 Serving in the Army during Operation Desert Storm is only the second-most grueling thing Rachael Folds has ever done.

The most grueling? Helping raise more than 70 foster children, eight of whom she's adopted or become their legal guardian.

Folds is a professional foster parent with Christian Heritage, and she primarily cares for teenage boys.

As a former foster child herself, Folds had difficult experiences in the system. Many of the foster families saw her more as a job than a child.

"I was a paycheck to them," she said.

However, in her final foster home experience, she found a family that loved and cared for her, which she said drastically changed the trajectory of her life.

After leaving the Army, Folds became a full-time foster mother in 1993, and since then, has been working to impart one simple message to the children in her care.

"When the boys walk through my door, I want them to know that they're loved," she said.

Imparting purpose in the boys' lives can be difficult, Folds said, as past experiences have taught some of the young men that they are no good. She said that emotional discouragement, often coupled with molestation and physical abuse, can continue to haunt the boys long after they come into her care.

"That's a whole lot of weight to carry," she said.

For some of the boys, Folds said it can take years before they understand their worth. Regardless, she said she works hard every day to show the love she has for them and to challenge them to be the best that they can possibly be.

"It's definitely not easy," she said, "but it is necessary."

Folds said she primarily cares for teens because she was a young teenager when she was first placed in the foster care system, and she understands the unique struggles that teenage foster children go through. She said it can be particularly hard for teens to get placed, as few foster parents are looking to care for teenage children.

When she first began working as a foster parent, Folds said she had nine teenage girls in her care.

"I quickly learned that was not my calling," Folds said. She now cares for boys only.

Folds said the most rewarding part of her work is seeing the boys recognize that they are more than the situations they came from. She said she loves when former foster children send her pictures of their wives and kids, and she's glad they've found ways to become productive citizens.

Folds' 16-year-old son Jacobi, who was placed with her eight years ago and she adopted five years ago, said his mother's influence has had a big impact on his life.

"If she didn't take me and whip me into shape, I would definitely have gone to prison," he said.

Jacobi said he was a handful when he was first placed with Folds, but over time began to mellow out.

"She kept on telling me I was loved, I was cared for, and I was a child of God," he said.

Jacobi said he now enjoys fishing and playing games with his family, and he aspires to a career in the Marines or the Army.

Brian Rader, chief programming officer of Christian Heritage, said the organization works hard to connect boys such as Jacobi with Folds and other foster parents so they might have a chance to enjoy a loving, caring home.

Rader said Christian Heritage was founded in the 1980s by a local couple who opened a home for abused and neglected children. Since then, he said, the organization has expanded into professional foster care, operating four homes with children in need and professional foster parents.

While Folds has provided care for more than 70 children over the years, she recognizes there is still a lot of work to be done.

"The thing is, there are so many more that could have been helped because the foster care system is running over," she said.

Folds said she encourages people to try the required classes and become licensed to be a foster parent. She said taking on even one foster child for a short period of time can have a positive impact on that young person's life.

"Imagine if everyone did that for one child," Folds said. "That ripple effect would be huge."

NYC to pay unvaccinated $100 to get jab

NYC to pay unvaccinated $100 to get jab

NY to require state employees to get vaccines

NY to require state employees to get vaccines

The city begins its new directed health measure on Monday. It runs through June 30.

One specialist referenced charts showing that the risk of disease transmission can be high even for someone wearing a mask if they are exposed to someone with COVID-19 who is not wearing a mask.

Put Nelnet in the category of businesses that have been affected by the coronavirus pandemic.

Local CHI Health officials said Thursday they are concerned that some patients, especially those with cardiac issues, may be forgoing needed c…

Lincoln teens use their passion for music to give back

Checkerfest 2020, which has been moved to Aug. 8, is going to be held at City Impact once again, but this year the teens have planned new ways to give back.

Rachael Folds with two of her adopted sons, Jacobi (left) and Brysen.