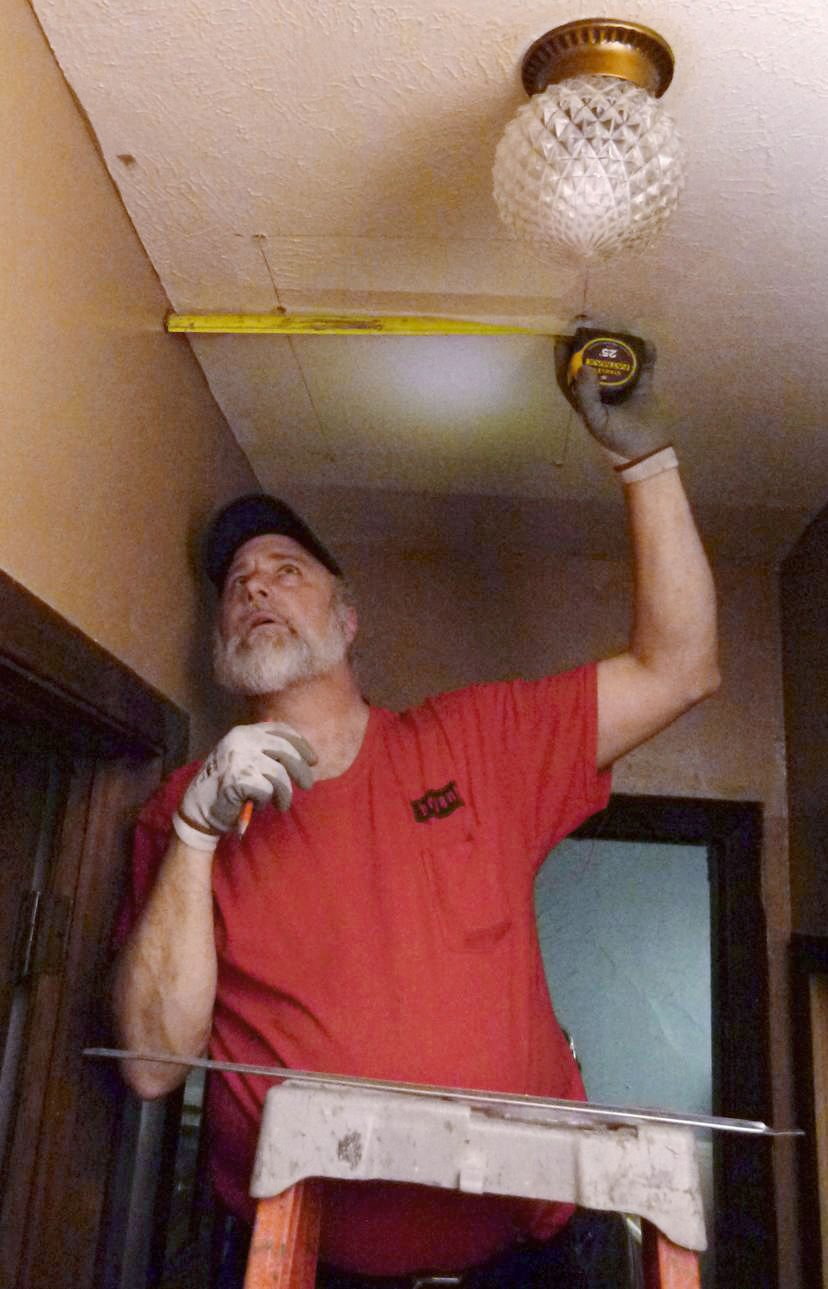 Ryan Hill of Bryant Air Conditioning and Heating prepares to cut into the ceiling for the furnace and ductwork installation at Mark and Jen Lloyd’s home in Friend. 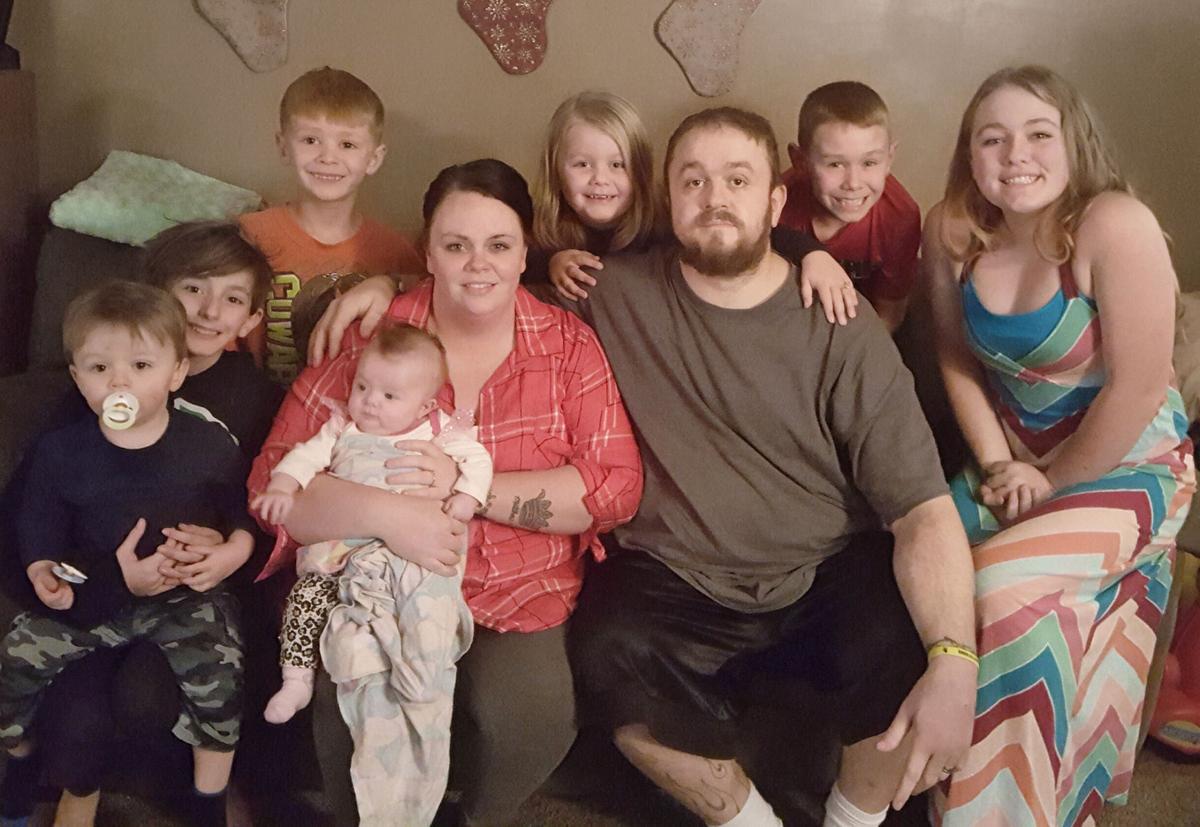 The community of Friend is rallying around Jen and Mark Lloyd, who was recently diagnosed with cancer. The couple’s blended family includes seven children, ages 3 months to 13 years.

The folks at Bryant Air Conditioning and Heating typically wait until January to decide who deserves new furnaces as part of their holiday gift-giving campaign.

But when they visited Mark and Jen Lloyd's house in Friend last week, they knew they needed to act fast.

“We kind of got the feeling, 'If we didn't help now, who knows who would?'" said marketing manager Kevin Hanley. “When you have a family the size of theirs and their circumstances, we felt like we couldn't wait.”

Plus, this seemed like more than a coincidence: The same day they launched their sixth annual Warm Winter Wish furnace giveway, they read in the newspaper what the Lloyds are going through.

Mark, 37, was diagnosed with adult acute lymphoblastic leukemia -- cancer in his blood and bone marrow -- two days after Thanksgiving.

He spent weeks in an Omaha hospital and had just returned home to Friend, to Jen and the five of their seven children who live with them. Medical bills were mounting and Mark wasn't working. Friends were rallying around the family, but their boiler had gone out and their radiators were cold and they were relying on space heaters to try to stay warm, something critical to Mark's comfort and health.

Bryant's team met the family last week and decided to deviate from its rules.

Normally, the longtime Lincoln company accepts nominations from mid-December to early January. Then it sorts through the dozens of applications and announces three recipients.

But the need in Friend was urgent, Hanley said, so it awarded this one gift early and will announce the other winners as scheduled.

“They really needed it before our deadline,” he said. “Of course, everybody really does.”

They got to work last week. The 1950s basement boiler couldn't be saved, he said, and the pipes were suspect. They decided to install a gas furnace and central air. But that will require new ductwork throughout the house and an upgrade of its electrical system. And that will require a team from Bryant to spend about a full week in Friend.

Hanley said Bryant is getting help from Echo Electric Supply and Comfort Products and the city of Friend, which strung a new supply line to the old home.

Before the weekend's deep cold moved in, Bryant's crew installed a temporary furnace that heated the home so effectively the family had to lower the thermostat.

“It means a lot,” Mark Lloyd said Monday. “I’ve been mind-blown; it’s just amazing what they’re doing for us.”

Friend family didn't want to ask for help, but it didn't have to

The problems started piling up in late November, when Mark Lloyd woke with a mouthful of blood.

Effort to end chronic homelessness in Lincoln gets $1.9M boost

They’ve met each Thursday for more than a year now in a conference room near 26th and P streets, the same item on their agenda appearing week …

'Perfect example of the greatest generation' dies in David City

On his last day, Harold “Shorty” Heins asked his nurse how the Huskers were doing.

By 9 a.m. Thursday, the Nebraska team had already carried their football a mile from Memorial Stadium.

She didn’t expect Chimney Rock to teach her so much.

Ryan Hill of Bryant Air Conditioning and Heating prepares to cut into the ceiling for the furnace and ductwork installation at Mark and Jen Lloyd’s home in Friend.

The community of Friend is rallying around Jen and Mark Lloyd, who was recently diagnosed with cancer. The couple’s blended family includes seven children, ages 3 months to 13 years.