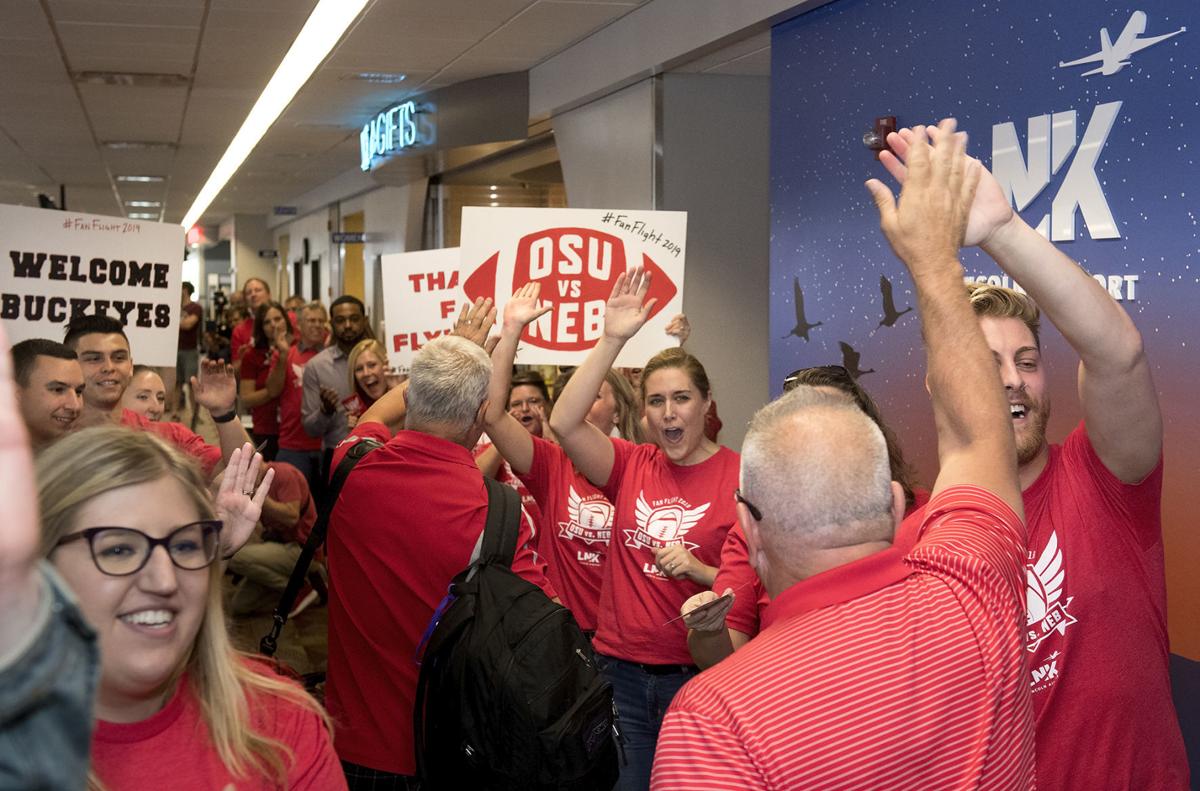 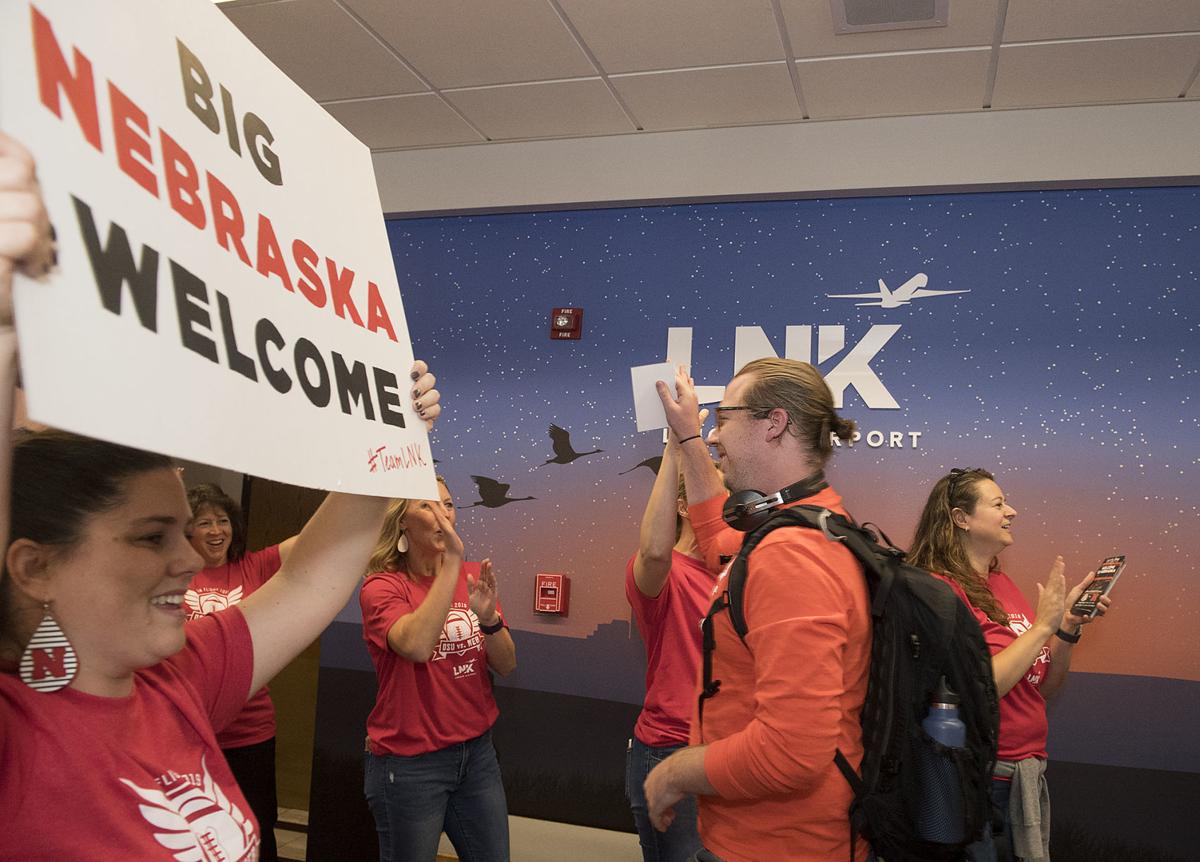 Jack Park has covered Ohio State football for more than 40 years, has been to dozens of university towns and has had some friendly welcomes from opposing fans.

"But I've never had one like this," Park said after stepping off a flight Friday afternoon at the Lincoln Airport.

Park, an OSU historian and radio personality, and dozens of other Buckeye fans were greeted by cheers, handshakes and high-fives from a gantlet of airport employees and community members when they entered the terminal.

Amy Weiss, one of the first passengers off the plane, happily accepted high-fives from people wearing red “Fan Flight 2019” T-shirts.

"This is amazing," said Weiss, a Columbus, Ohio, attorney, as she grabbed her own T-shirt from a display table while waiting for her traveling companion.

John Johnson, another Columbus-based attorney, said he travels to at least one OSU game a year and came to Lincoln two years ago for the Nebraska-Ohio State game and had a great time.

But he said he's never gotten the kind of welcome he got Friday.

As part of a promotion this fall, United Airlines decided to offer several direct flights to college football destinations, and it chose this weekend to ferry Buckeye fans from Columbus straight to Lincoln for Saturday's 6:30 p.m. game.

Lincoln Airport Executive Director David Haring said he saw it as a good opportunity to show off some community spirit.

"The Lincoln Airport serves as a gateway to our community," Haring said. "The opportunity to welcome OSU fans to Lincoln is one we take great pride playing a role in."

Those who volunteered to be part of the welcoming committee felt the same way.

Randy Hawthorne, executive director of The Foundry, a nonprofit coworking space and coffee shop downtown, said he saw it as an opportunity to live up to the reputation that Nebraskans are the greatest fans in college football and also to be a good ambassador for the city.

And he thinks that mission was accomplished.

"I overheard someone say, 'Oh, you are the best fans in the Big Ten,'" Hawthorne said.

Lincoln Airport will be getting new restaurant operator

Some big changes will be coming soon to the food and beverage options at the Lincoln Airport.

Dish Network subscribers could find themselves without access to some Nebraska sports coverage for the foreseeable future.

Ramarro Lamar was in Marine boot camp in the middle of a July heat wave in Quantico, Virginia, when he got an Instagram message from Nebraska …

Travel interest likely to be high for Huskers' Ireland trip

It's not every day Nebraska travels overseas to play a football game. So interest is likely to be high among Husker fans for the game against …

Commercial airline traffic up, overall traffic down at airport

Technically, the Lincoln Airport's streak of year-over-year passenger gains was broken in September.

Higher revenue and lower expenses led to a big jump in profit this year at the Lincoln Airport.

Lincoln Airport will once again get extra college football flights

United is offering direct flights to and from Lincoln for Ohio State, Michigan and Michigan State games.