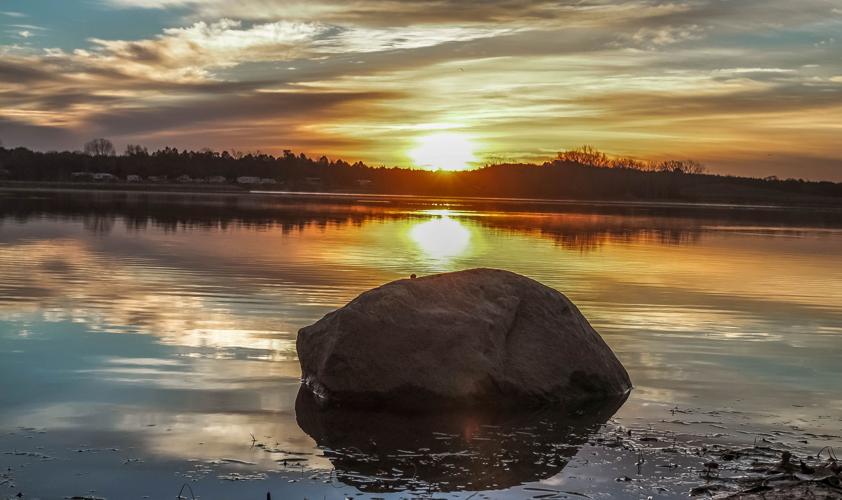 The beach at Wagon Train Lake, southeast of Lincoln, will be closed while the state treats the lake with pesticide to eliminate unwanted fish species. 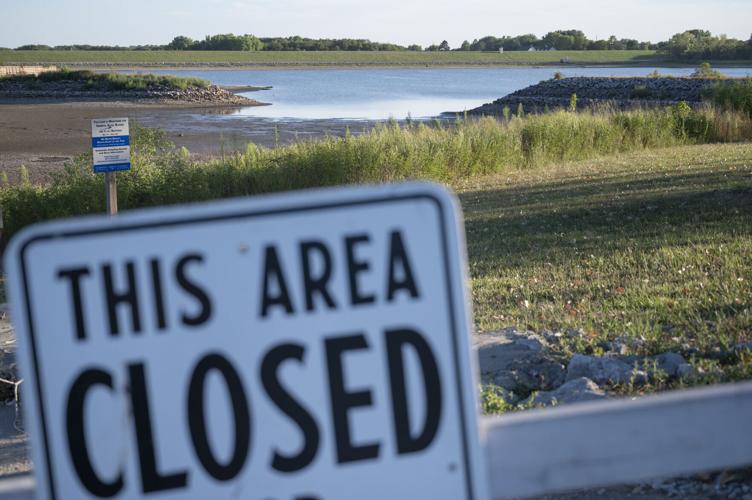 The Nebraska Game and Parks Commission is going to kill off fish Wednesday at Wagon Train Lake.

The fish at Wagon Train Lake won’t be biting after Wednesday.

They’ll be floating, then decomposing.

The Nebraska Game and Parks Commission plans what it calls a chemical renovation of Wagon Train — treating the lake with hundreds of gallons of pesticide to eliminate a trio of undesirable species that are threatening water quality and crowding out game species.

And that means the desirable species — channel catfish, crappie, bluegill and bass — will perish, too, and require restocking.

The move is an offshoot of a broader improvement plan for the lake, including boat ramp and dock improvements, creating habitat structures and cleaning out an upstream sediment dam.

“At the same time, we were starting to realize our fisheries are in a pretty steep decline, and we've got a lot of fish in that system that we didn't want in there. And they've pretty much taken over.”

Specifically, the commission is trying to rid the lake of common carp, an invasive species whose feeding habits can muddy the water and lead to the decline of the sport fish population, Jackson said.

It’s also targeting gizzard shad and the invasive white perch, whose quick-growing populations can dominate a lake at the expense of other species.

The commission has used the pesticide in hundreds of Nebraska lakes, Jackson said, including Conestoga, just west of Lincoln. It had the same problems — carp, white perch and gizzard shad — but now it has what he called an outstanding fishery.

Still, it’s not always a popular move, and the commission takes criticism when it kills off an entire lake’s population.

“Every time,” he said. “It’s just one of those things. It’s like going to the dentist’s office. If you have a cavity, there’s only one way to fix it, that we know. It requires a little pain up front.”

So Wednesday, Game and Parks crews in boats and on shore will spray 600 to 700 gallons of rotenone into Wagon Train’s waters. The chemical is safe for other creatures in the lake — turtles, beaver and muskrat — but fast-acting on fish.

Most should be dead within an hour or two.

And many will float to the surface and wash to shore, but it’s not practical for the state to pick them up and dispose of them, he said. “We’re talking thousands of tons of fish.”

They decompose quickly, he said. But not pleasantly.

The state is closing Wagon Train’s beach and day-use areas — but not the campground on the lake’s east side — during the pesticide application, and it’s not clear when they’ll reopen.

Or when they’ll be inviting.

“It'll smell pretty bad there for a while. So that may not be where you want to be when it’s 94 (degrees) out and you've got dead fish. It’s probably not a great place to bring your family to go to the beach.”

The rotenone stays in the system for only about a week, allowing the commission to begin restocking the lake with hundreds of thousands of fish.

It will start with bass and bluegill and later add channel cats, saugeye and muskellunge. It typically stocks 1,000 bluegill per acre, which means 300,000 fingerlings for the 300-acre lake. And it plans to add about 30,000 bass.

But most will be small. The bluegill, for instance, won’t measure much longer than an inch. The bass might max out at 2. The catfish will be larger, 8 to 10 inches.

So it could be two to three years before Wagon Train starts producing any keepers, Jackson said.

“It's usually not in your best interest to fish the year after we get done doing these projects. The fishing just isn’t going to be as good as it can be a couple of years down the road.”

Platte River State Park, which could have been called Wild Turkey or Winding River, celebrates 40 years

The park was the state's fourth-most visited in 2021, behind Mahoney, Fort Robinson and Ponca.

A homeowner's security camera caught the animal slinking through the backyard early Wednesday.

Six weeks after female eagle is slain in Seward County, male and chick die, too

The male eagle likely died of electrocution, and the chick in the nest may have succumbed to malnutrition.

Biologists are trying to determine why the state's wild turkey population has dropped 45% since the late 2000s.

On Tuesday, when trial was scheduled to resume, attorneys instead were leaving the courtroom after getting the news.

The park hopes to reopen the floating playground by next weekend, but it's not making any promises.

Snapping turtles can be found throughout the state in just about every habitable body of water.

Summer is hot and a time to sweat — literally and otherwise. It is the time to sweat the small stuff of your upcoming fall hunts.

Cozy camping: Nine Nebraska state parks where you can find some peace and quiet

Many state parks are busy, with lots to see and do. But there are plenty of quieter ones, too, that typically aren't as packed with visitors.

Get hopping for bullfrog season

Bullfrog season opened in eastern Nebraska on Aug. 15. It is an unusual season; one that reeks of adventure, challenge and tremendous entertai…

Before it was vandalized, the floating playground was drawing up to 300 people a day.

The Big Blue Ranch and Lodge near Burchard in Pawnee County is a destination for hunters, fisherman and families wanting to unplug.

'Like a warzone:' Residents in Pine Island cleaning up after Ian

The beach at Wagon Train Lake, southeast of Lincoln, will be closed while the state treats the lake with pesticide to eliminate unwanted fish species.

The Nebraska Game and Parks Commission is going to kill off fish Wednesday at Wagon Train Lake.