I’ve written dozens of obituaries in my years as a reporter, but I’ve never written one a day, day after day.

The way I did for three weeks this spring, finding and then talking to the families of 15 Nebraskans — from in and around Lancaster County — who lost their lives to COVID-19.

Those stories, along with stories shared by my fellow reporters, are in today’s paper — a total of 22 men and women, ranging in age from 22 to 95.

A drop in the ocean of pandemic sorrow. A fraction of the 231 lives lost locally, in a state that has counted 2,213 deaths, in a country that has lost more than 563,000 souls — and more each day — to the deadly virus.

On the pandemic’s worst days, nearly 5,000 Americans died from the virus every day. Last week, a University of Nebraska Medical Center physician estimated that 1 in 870 Nebraskans has died of COVID-19.

Some of those death notices appeared in this paper, shared by the health department and the mayor. The news was anonymous. Generic. Man in his 80s. Woman in her 70s. Man in his 50s.

When I wrote about the death of Tam Mai early last May, the 80-year-old was just the second Lancaster County resident to be lost to COVID.

Welcome to Perkins Day, a little bit of hope wrapped up in a bundle of much needed food

And when Roger Ryman became the county’s 42nd COVID death in October, his daughter shared a post on social media.

“These numbers are not just anonymous strangers,” Cindy Ryman Yost wrote. “This article, ‘this man in his 70s,’ was my dad, and he had not even turned 71.”

A few weeks later, reporter JoAnne Young shared the story of the human behind that number, a horse-riding father of three, a man with wanderlust who settled into retirement in Lincoln and dubbed his grandchildren the Magnificent 7.

For the past year, Journal Star reporters have scoured obituaries, compiled lists and, as the anniversary of the first local death approached, after a winter with packed ICUs and multiple daily deaths, we picked up our phones.

As we talked to the families, their loved ones came alive in a way those mind-numbing numbers never could convey.

Our reporting goal was simple: To honor COVID victims. To let readers know they were more than just statistics in a grim and ever-rising count.

Nearly every relative I reached for this project said yes, eager to share.

It was humbling. And it was heart-wrenching.

The story of Anna and Chuck, who loved to bowl and take road trips in their Honda Odyssey, and who died four days apart in November.

The story of Gloria, the retired piano teacher and her two devoted daughters. Alan, the artist, and beloved bachelor uncle. Bryan, the ice fisherman who married his high school sweetheart. Butch from Palmyra, who taught his sons to fix cars, loved strawberry-rhubarb pie and doted on his grandkids. Randy, the drywall finisher, who still wrote love poems to his wife of 25 years. Phyl, the art teacher, who viewed the world with wonder. Beth and her Poppy Parties.

There was an undercurrent to the interviews. Some families felt cheated. Some felt anger at those who dismissed the seriousness of the pandemic.

Nearly everyone talked about the isolation and their gratitude for the health care workers who stood in the gap.

Bryan Wintz’s wife talked about walking the perimeter of Bryan West Campus on South Street, praying the rosary and asking God to heal her 46-year-old husband.

“Our experience was very surreal,” Jill Wintz said. “It was like I was living someone else’s life.”

Butch Butts’ daughter talked about the nurse who brought her dad a red beer and the staff who arrived with coffee and snacks for his family on his final day.

“They did their best to make him the most comfortable as possible,” Jody Parrott said. “I can’t imagine having their job, to care for people knowing they were not going to leave.”

Cindy Lange-Kubick: Remembering Attie, the corgi that grew old with its Lincoln family

Lillian Gibson’s son shared the eulogy he read at his 61-year-old marathon-running mother’s funeral and a photo of his gloved hand holding hers during the one visit he and his father shared in her hospital room.

“While I was grateful for that compassionate visit, she wasn’t responsive,” Justin Gibson wrote in an email. “And I didn’t expect the ventilator to shake her body so violently.”

In his eulogy, the son spoke of his mother teaching him tidiness and tenderness, how to be both frugal and generous, of accepting him as a gay man and loving him even more.

He spoke of the future: “I think honoring her legacy includes caring for myself, caring for family and friends and caring for the greater world.”

I know that writing about our neighbors who died of COVID-19 — often scared, often alone — doesn’t take away from the sorrow of all the lives lost during the pandemic, the separation from hospitalized loved ones, the pain of being denied a final goodbye, a proper funeral, the arms of a friend holding you up in your grief.

I can’t get my arms around all that we have lost.

But we can listen to the stories of the grieving families who remain.

The Journal Star would like to share the stories of Southeast Nebraskans who have lost their lives to COVID-19. If you would like to have your loved one added to our online tribute, please email your contact information to citydesk@journalstar.com.

A total of 266 cases of COVID-19 were reported during the week that ended Friday, which was down from 345 the previous week

Nebraskans find that practical steps may minimize side effects from vaccine

With Nebraskans lining up for the COVID vaccine, chatter around who had what side effects from the shots — a fever or sore arm vs. none at all — have become commonplace.

Cindy Lange-Kubick: Honoring Uncle Max on a long, difficult trek through the desert

Steve Loftis treks south Lincoln trails with a rucksack in honor of his uncle, a 23-year-old soldier from Tekamah who died on the Bataan Death March, while training for an annual memorial marathon march through the New Mexico desert.

'He was my once in a lifetime. I was lucky.'

Randy Brinkman, 62, of Lincoln died of COVID-19 on Nov. 30. He loved his family, old cars, working hard and writing love poems to his wife.

'He was, I guess you'd say, the definition of unconditional love'

Jack Fields, 87, died of COVID-19 on Dec. 8. He spent his career fixing copy machines and making friends and creating memories for his children and grandchildren.

“It’s so easy to forget, especially in these crazy times, but Grandpa will say to me, ‘People need people,’ and I think this is one of the times where we definitely need the help of strangers,” Jaida Jackson said. “So I’m filled with gratitude.”

Mary Spencer is a Wyuka volunteer who is devoted to memorializing the forgotten babies and children buried at Wyuka by shepherding the Littlest Angels Project.

When Pat Coldiron set out in search of a mangle almost no one knew what she was looking for. But the search is over and the mangle is doing its thing in the basement of a Seward County bed and breakfast.

Cindy Lange-Kubick: Catching up with corgis with law degrees, shots in arms, boring photos and other Lincoln stories

It’s time to catch up, writes columnist Cindy Lange-Kubick, who was surprised to look back at the last six months and see that not everything she wrote about started and ended with a virus. 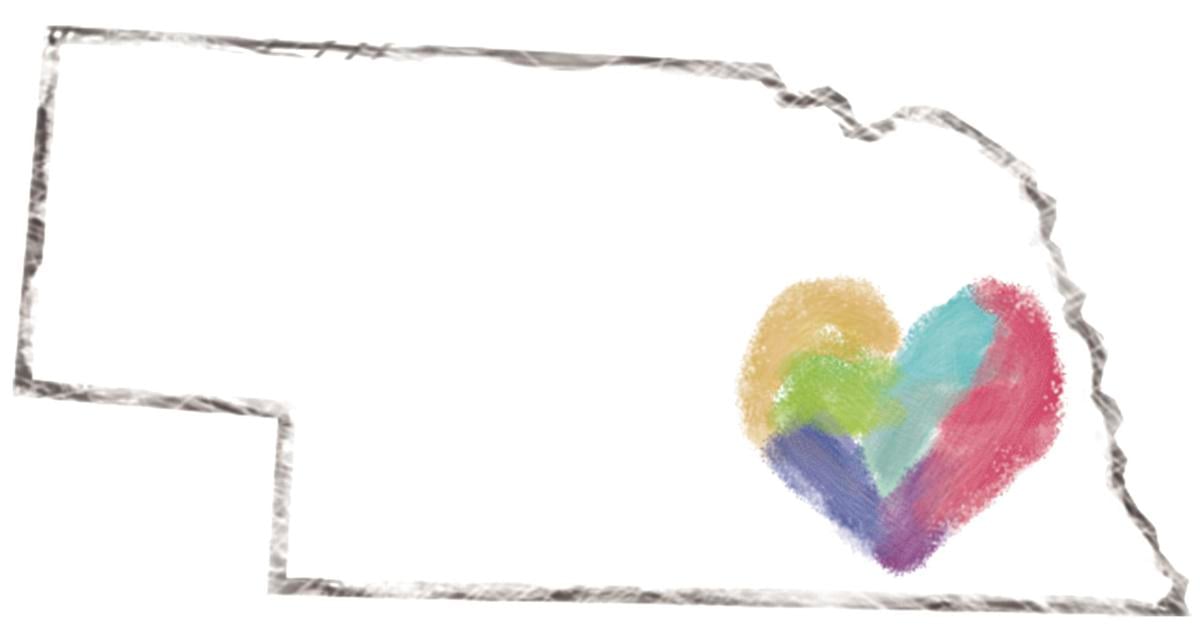 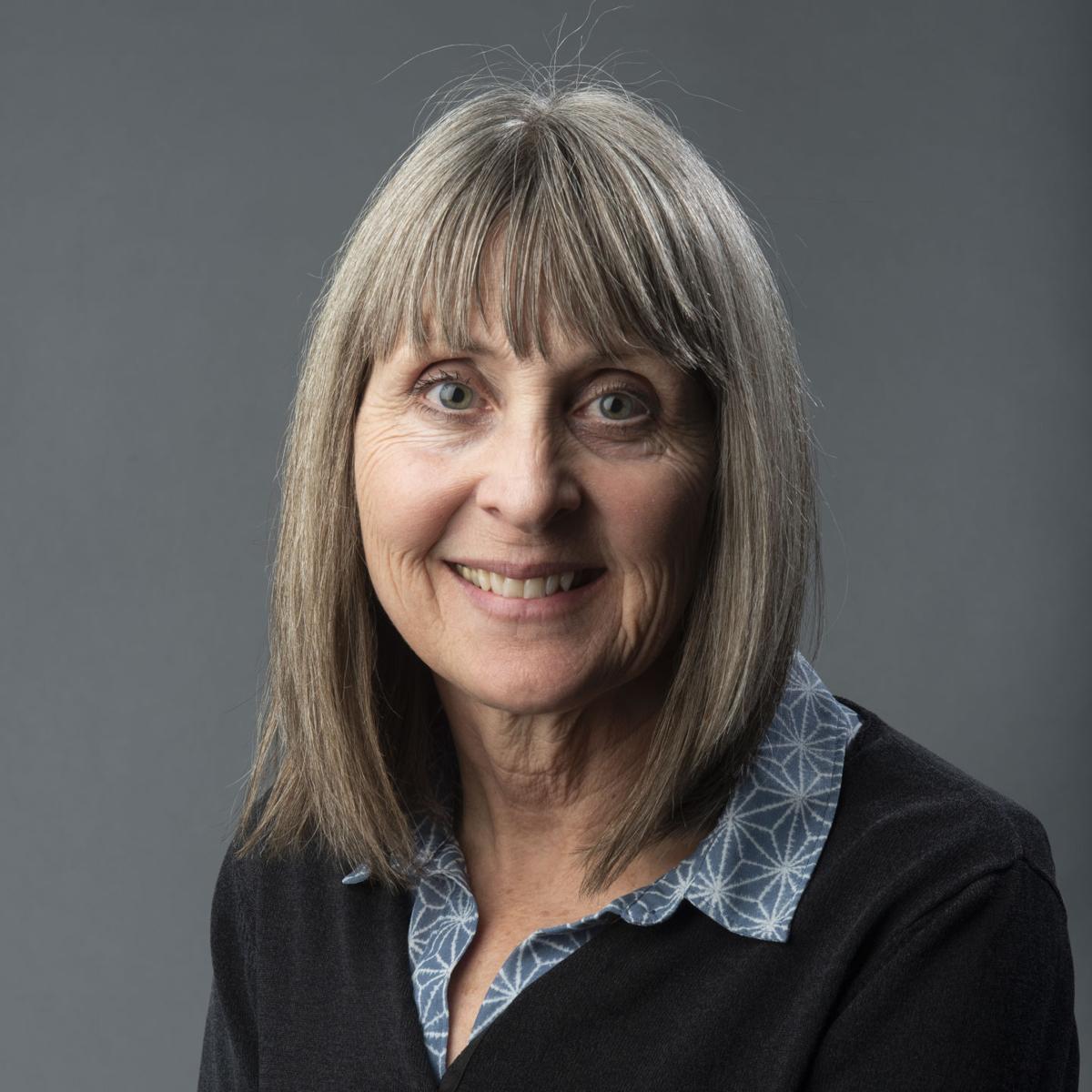