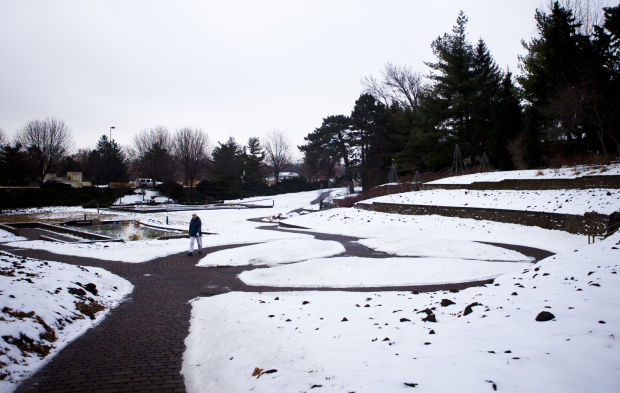 Snow covers the ground at Sunken Gardens on Friday. 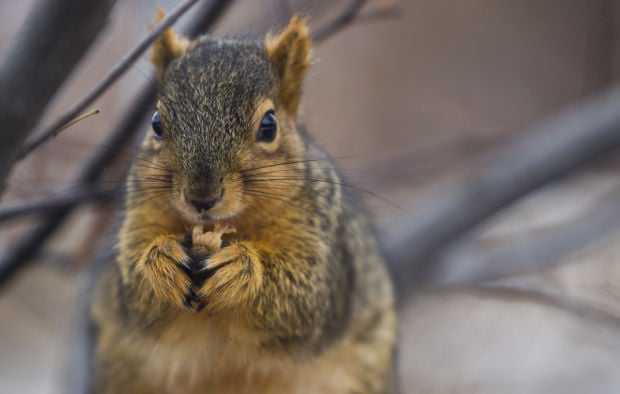 A squirrel eats the branches of a leafless bush in Sunken Gardens Friday, Jan. 10, 2014. 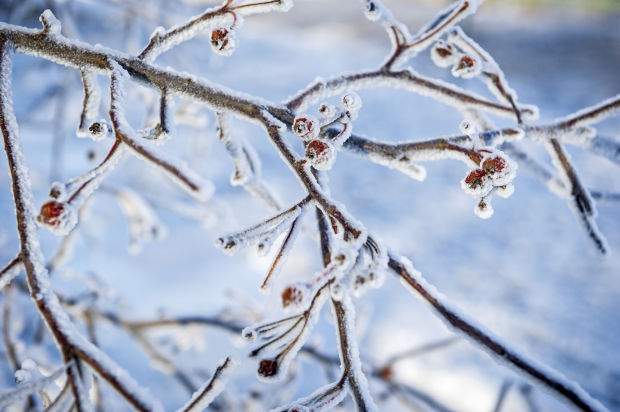 The temperature in Lincoln dropped to minus 8 degrees on Monday. 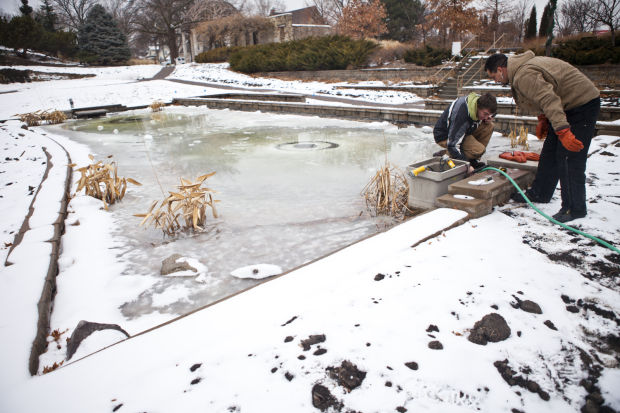 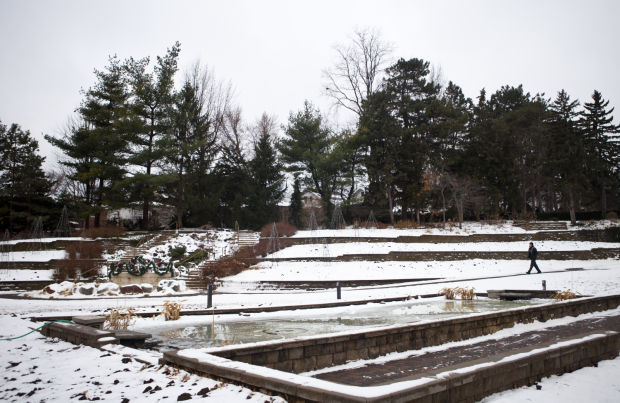 Lincoln is colder than Buffalo.

It's colder than Detroit.

The Weather Channel has ranked Lincoln seventh on a list of America's 20 coldest major cities.

The cable and satellite channel used 30-year averages for the months of December, January and February from the National Oceanic and Atmospheric Administration's National Climatic Data Center to come up with its rankings.

"We didn't rank cities based on their record coldest temperatures, but rather which cities are persistently the coldest in those three core winter months," The Weather Channel said on its website.

Lincoln's average temperature for December, January and February was 26.8 degrees.

Omaha ranked fifth, with an average of 25.9 degrees, and Chicago came in sixth at 26.4 degrees.

And believe it or not, Buffalo and Detroit were warmer, ranking 9th and 12th, respectively.

Minneapolis-St. Paul took honors as the coldest major city, with an average of 18.7 degrees.

Cities in North Dakota and Montana -- also known as the Frozen North -- did not make the list because they didn't meet size criteria, but Anchorage, Alaska, did, coming in second at 18.8 degrees.

The Weather Channel considered the 100 most populous U.S. cities  according to City-Data.com

Ken Dewey, professor of applied climate science at the University of Nebraska-Lincoln School of Natural Resources, said Friday he hadn't seen the list, but noted that annual daily average temperatures show that about 40 percent of the nation is colder than Lincoln.

Throw in Alaska, he said, and that's half the country.

Facial recognition tech being tested for US flights

Facial recognition tech being tested for US flights

An ice-covered portion of the Missouri River near Ponca has caught the attention of emergency officials, but for now the frozen chunks don't pose a threat.

Frigid, dense air swirled across much of the U.S. Monday, forcing some cities and their residents into hibernation while others layered up and…

Snow covers the ground at Sunken Gardens on Friday.

A squirrel eats the branches of a leafless bush in Sunken Gardens Friday, Jan. 10, 2014.

The temperature in Lincoln dropped to minus 8 degrees on Monday.