Long before “North to Alaska” was a hit song and a movie in 1960, Addie Braxton and Ruth Wilson went that way and made pioneering journeys.

Braxton went there to prospect several years after the Klondike gold rush. There hadn’t been many women in the Alaska gold fields, and Black prospectors were said to be few. Such a combination was news in Omaha in 1905.

Wilson went there to regain her mental health. She was said to have been the first White woman to visit Mount McKinley (now Denali) National Park and certainly the first to attempt a climb to the summit. Her story in 1920 went coast-to-coast in newspapers.

With Johnny Horton’s song stuck in my head (and now maybe yours), we shall mush on to learn about these two exploring women from the Omaha area.

Braxton followed her aunt, a Mrs. Shepard, to the Klondike. Talk about a pioneer. The aunt was said to have been the first Black woman in the gold fields, having walked from Seattle. She offered Braxton and her husband, James, a dining car porter, two mine claims near Skagway in 1904. The Braxtons left their 10-year-old daughter, Hazel, in the care of her grandmother in Blair. When the Braxtons got there, Addie Braxton and the aunt were the only Black women in the British Columbia hamlet of Atlin.

She told her story to The World-Herald upon her return in December 1905.

“I walked over the Chilcoot pass (likely the Chilkoot, and she said she fainted several times on the arduous trek) and carried my bundle on my back like the rest of them,” she said. “There are not many colored people up there and everybody was surprised to see me going with my husband. I only weighed 90 pounds when I went up there and you see how well I am now. I never had better health.”

She worked her own claim, wearing heavy sheepskin trousers. She cut timber to build sluice boxes, for a piece of lumber was $4. In snowshoes, she claimed, she walked 90 miles at one time over an unbroken trail to prospect.

The Braxtons, she said, named a small creek “Abe Lincoln Creek.” She said, “It was at the end of a long trail and when one of the miners asked us why we had named it that, we told them him because we were so glad to find the end of our trail and the prospect of gold in sight that we felt we were out of bondage, and so we named it for Abe Lincoln.”

The couple had interests in four mines — Lucky Dog, Last Chance, Little Spruce and Carmenita. The aunt found a nugget worth $180 while digging where her old cabin had been. Addie brought home several large nuggets, including one that she said was worth $65 — about $2,300 today.

She told of the hardships and sufferings on the mining frontier. Forest fires, howling gray wolves, death.

“One becomes accustomed to the cold and the stories of suffering. The trouble is that so many people do not realize the necessities one must have and go out entirely unprepared for the things one must face out there. It takes plenty of money if you expect to stay. While we have four gold mines and things look very promising, indeed, yet it takes a large sum of money to work the mines properly.

While seeking validation for her account, as one must do for any old tale, I found mention in the Aug. 16, 1905, edition of the Daily Alaskan in Skagway that James Braxton was one of four miners who made a new placer gold strike on … Lincoln Creek.

While Addie Braxton apparently never returned to the gold fields, James apparently stayed. An item in the Omaha Monitor in June 1920 said he had recently died in Alaska. And she apparently had lost track of him. She was listed as a widow in the last Omaha city directory before her death at 41 in 1915. She is interred at Forest Lawn Cemetery.

Addie Braxton went to Alaska to find wealth. Ruth Wilson’s trip came because she was wealthy. And as previously mentioned, to get healthy.

Wilson told her story to the Seattle Post Intelligencer and the Los Angeles Times in the spring of 1920. The former Ruth Campbell, a 1913 graduate of Council Bluffs High School, married Frank Wilson, a wire chief with the Nebraska Telephone Company, in 1916. Less than two years later, he died from a diving accident at Morse Park in Fremont, where the couple had moved from Omaha.

She was selected for overseas assignment in the Red Cross in World War I, but the war ended. She suffered a nervous breakdown. To recover, in April 1919, she chose to make the 5,000-mile trek to visit her brother William, a prominent mining man in Fairbanks since the start of the gold rush.

It was a dream trip for a sportswoman of that era. She rode the first steamer to arrive in Roosevelt City, a deserted mining camp. From there, in the company of the last couple left in the area, Joe and Fannie Quigley, who lived 5,000 feet up a mountainside, she hiked, fished — and bagged a caribou on her first shot at big game.

But it was the scenic beauty that enrapt her. Her first glance at Mount McKinley, she screamed when its magnificence appeared from behind the clouds.

“I had several other interesting side trips to all the mining camps out of Fairbanks and up to Fort Yukon, but the trip to Wonder Lake and Mount McKinley was the most wonderful experience of my life. I mushed 12 to 20 miles a day right with the men and they said I was a real sour-dough.”

It was they, she said, who told her she was the first White woman to visit the national park, which received its designation in 1917. She told the Times she entered “districts where White women had never before been seen, where Indians came from miles around to see her and visit with the first White woman they had ever seen.”

Unlike Addie Braxton, Ruth Wilson returned to Alaska. On her original trip she met James Barrack, a hardware man from Fairbanks, in Seattle. He was a close friend to her brother. Their friendship continued during the steamship ride and “ripened,” as the Lincoln Star termed it, in Alaska. They were married for 33 years and active in civic affairs, before his death in 1954. She donated a carillon to the University of Alaska as a memorial.

Ruth Barrack, who died in Seattle in 1980 at 86, had another claim to fame: she possessed the granddaddy of all sourdough starters, dating to 1898 in Dawson, British Columbia, that her husband obtained from another miner.

Acknowledgement to History Nebraska researcher Matt Piersol for his blog post in March about the Klondike gold rush and Addie Braxton. 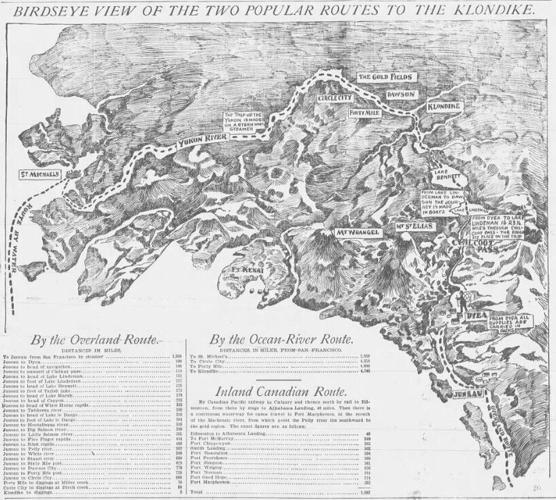 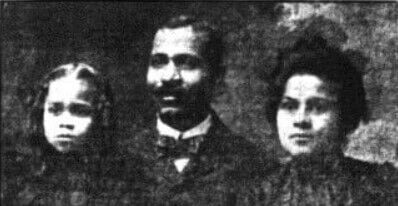 Addie Braxton, right, with her husband, James, and daughter Hazel. 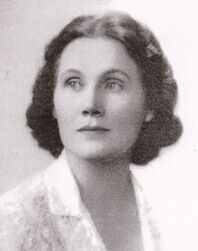