So the only authorized guest of the former motel now owned by the sex shop is used to unexpected company, and sure, he’ll show the newspaper reporter around the remains of the Economy Lodge.

But Martin Bream has a recommendation. “You might want to wear a respirator.”

In his weeks at the motel, where he lives in a pair of first-floor adjoining rooms, the 50-year-old has explored most of the property, tucked in an armpit of Cornhusker Highway and Interstate 80.

Sometimes, his master key card gets the green light from a lock, but more often he has to persuade the door with a crowbar.

Bream was given a three-part job description when he took this job.

“First, get the riff-raff out,” he said. “The vagrants, or whatever.”

Second, secure it. Third, clean this place up.

Sounded simple and straightforward. But the burglar and the arsonist and the unauthorized guests are slowing him down.

Even before it closed, this motel was crawling with decay.

Customers lodged 13 housing complaints in its last three years, describing blood  — and worse —  on the walls, infestations of roaches and bed bugs, mold in the microwave. The Economy Lodge’s property value dropped nearly $300,000 between 2016 and 2017.

Lincoln police were familiar with the place. In the final three years of the motel’s life, officers were called here an average of once every three days, mostly to break up disturbances, but also to investigate serious crimes, like rape and assault.

They’re still coming. In the year since Doctor John’s bought the property, closed the motel and turned its office into an adult entertainment store, police have returned more than 20 times.

The motel had become a half-step up from homelessness for those with nowhere else to go, its long-term rates keeping some guests here for years. And they didn’t want to leave when it was time to go: “We’re having a hard time getting people out,” a Doctor John’s regional manager said a year ago.

But it was clear last week, as Bream opened doors, gave each room a sniff test and searched for squatters, that many had left abruptly, and they left behind the remnants of their lives.

In Room 132, someone left “The Da Vinci Code” on the table in a room tidy enough it looked like it was just one housekeeping visit away from being rentable again.

In another, a paper Christmas wreath was still nailed to the wall above where a bed used to be.

Someone else left Prilosec, an Everett fifth-grader’s graduation certificate, a relative’s high school diploma from 1930 and a Custer County marriage certificate from a decade later.

Others left unemployment paperwork, credit counseling plans and a confirmation for a five-night stay at a Super 8 in Boise, Idaho, in 2015.

They left playing cards and birthday cards — “Kelly, I wish I could give you so much more” — and they left rubbing alcohol and mouse traps and mountains of clothes and food that spoiled months ago.

The motel consisted of three buildings on three acres: the office and lobby, now the sex shop; and a pair of two-story rectangular blocks of rooms arranged in the shape of a T.

The rooms back up to each other, and squatters have doubled their living space by tunneling through the shared bathroom walls.

Bream, the caretaker, has rousted dozens of them, he said, but they return. He knows, because he’ll find doors opened after he locked them. He’ll find lights on after he turned them off. He’ll find rooms warm on cold mornings, with space heaters still too clean to have been here long.

He put one of the squatters to work cleaning up the parking lot, which is strewn with clothes and furniture and food containers.

Some nights, the man said, as many as 10 people would share a room, because this place is too frightening to stay here alone.

These are the rooms with the ghosts, he said.

First, Bream was visited by a pimp, he said, who demanded continued access to the rooms.

“He came to me saying, ‘I’ve been running a business for years. You’re interfering.’ I said, ‘I was directed to keep the people away.’”

Then Bream returned from Home Depot recently to find his window shattered and his power tools missing. The next night, he woke to the smell of smoke, and found a pile of garbage burning in the parking lot outside his rooms, and the fire department came.

The police were called later, after Bream was seen walking across the parking lot with a BB gun that looks like a military rifle.

And then the city started wrapping its red tape around the former motel.

First, it issued a misdemeanor fire-code violation because of all of the trash in the parking lot, said Chief Fire Inspector Bill Moody.

Police initially labeled the fire as arson. Moody’s office is still investigating, but think about it, he said: “Debris in a parking lot catches fire, and there’s not a lot of ignition sources out there.”

A building and safety inspector followed up last week, finding “piles of junk and debris everywhere. Numerous broken windows and room doors kicked in.” He issued a violation, too, giving the owners 20 days to secure the building and clean the mess spilling out of it.

It’s not clear what the owners have planned for it. Bream has heard the possibility of retail stores in the smaller block of rooms, and apartments in the other, he said, but a regional manager for Doctor John’s hadn’t heard that, and the Texas company that owns the property couldn’t be reached.

So Bream will keep locking, and relocking the rooms, and start cleaning them up. Sometimes, when he finds something interesting, he’ll take it back to his room to save it from the dumpster.

Like an antique cross-stitch tapestry, stained by age but still in its wooden frame: “Here let us live life at its best; here may the heart find comfort and rest.”

The sex store isn't in the business of renting rooms now -- not by the hour, not even by the night.

Lincoln's oldest park, at the center of renewed attention

DENTON — They still call it the Lettuce Patch, because this corner of the field can grow anything.

In grime of former motel, a stack of missing memories

Living at the Economy Lodge was hard enough for Sara Kriha and her mother, but more pain came after they moved out.

The city removed hundreds of trees along Old Cheney Road near U.S. 77, but they won’t go to waste.

A judge sentenced a 41-year-old Lincoln man to 20 years in federal prison Wednesday for conspiring to sell methamphetamine in the area.

The recently resurrected Lincoln Paint-A-Thon has a problem that will benefit a handful of low-income homeowners.

Brief appearance: Mural exposed after a century in hiding in downtown Lincoln

They weren’t expecting to find such bold colors behind the bricks.

A judge sent a 50-year-old Lincoln man deemed a "career offender" to federal prison for 30 years on a methamphetamine conspiracy case.

A new nimble, black, tracked tactical robot for Lincoln's bomb squad won't move faster than 5 mph, but its operators believe it could help the…

'It was nuts' — Problem property in Lincoln puts owner behind bars

The business owner had been to court more than a dozen times in the past 20 years, facing criminal charges that he wasn’t keeping up his properties.

The neighbors had become frustrated by the urban jungle in their backyards, a problem only they could see.

Before it became the recent center of attention, the hollowed-out house on E Street sat vacant for more than a decade.

The trio of historic storefronts were like magnets for the neighborhood’s seediest characters — and for the police.

Countdown to close: Residents, owner of Lincoln hotel getting shut down look to what's next

More than 50 residents face homelessness at the end of August after city officials revoked the hotel's operating permit June 29. 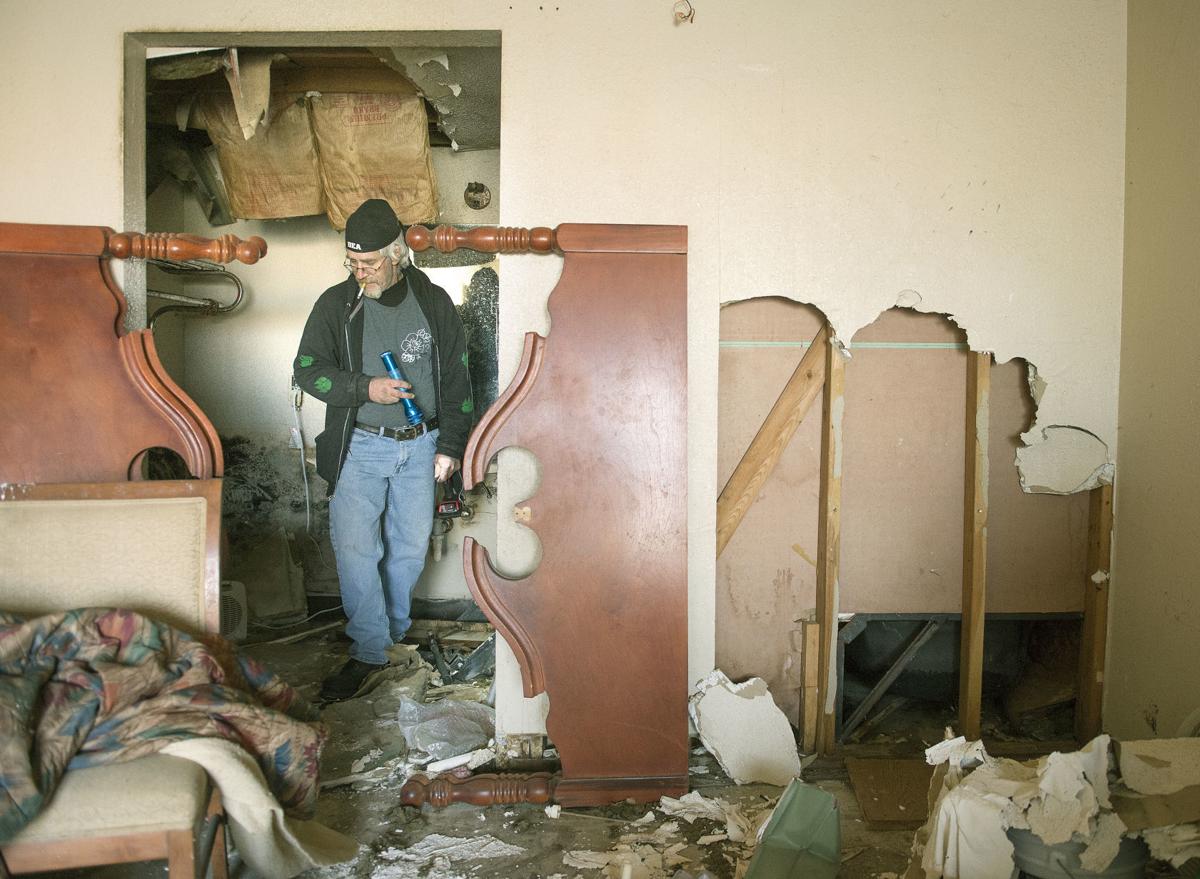 Martin Bream looks for evidence of squatters in one of the many trashed rooms at the former Economy Lodge near Cornhusker Highway and Interstate 80. 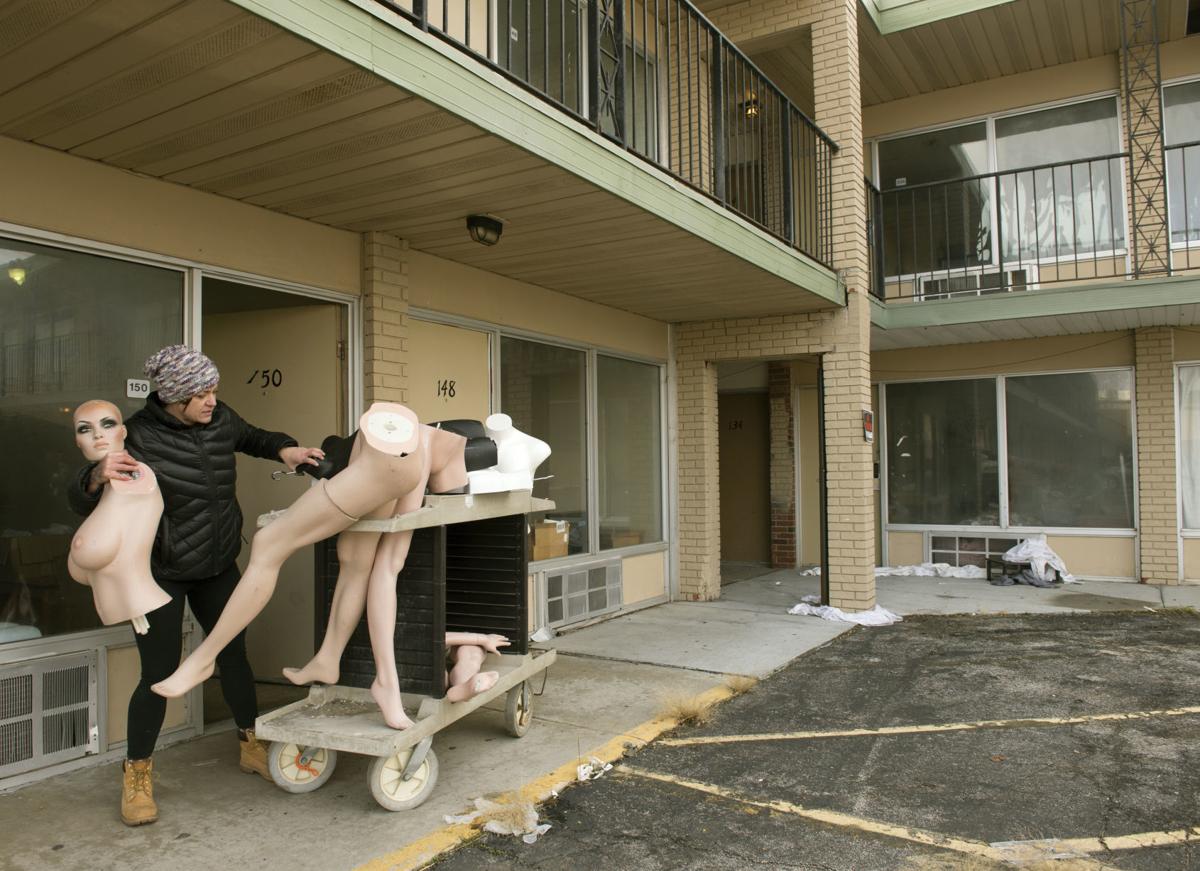 An artist rescues mannequin pieces from the former Economy Lodge near the airport after she heard they'd be thrown away. She plans to use them to make plaster casts, eventually producing ceramic body parts as artwork -- and as a statement about the objectification of women. 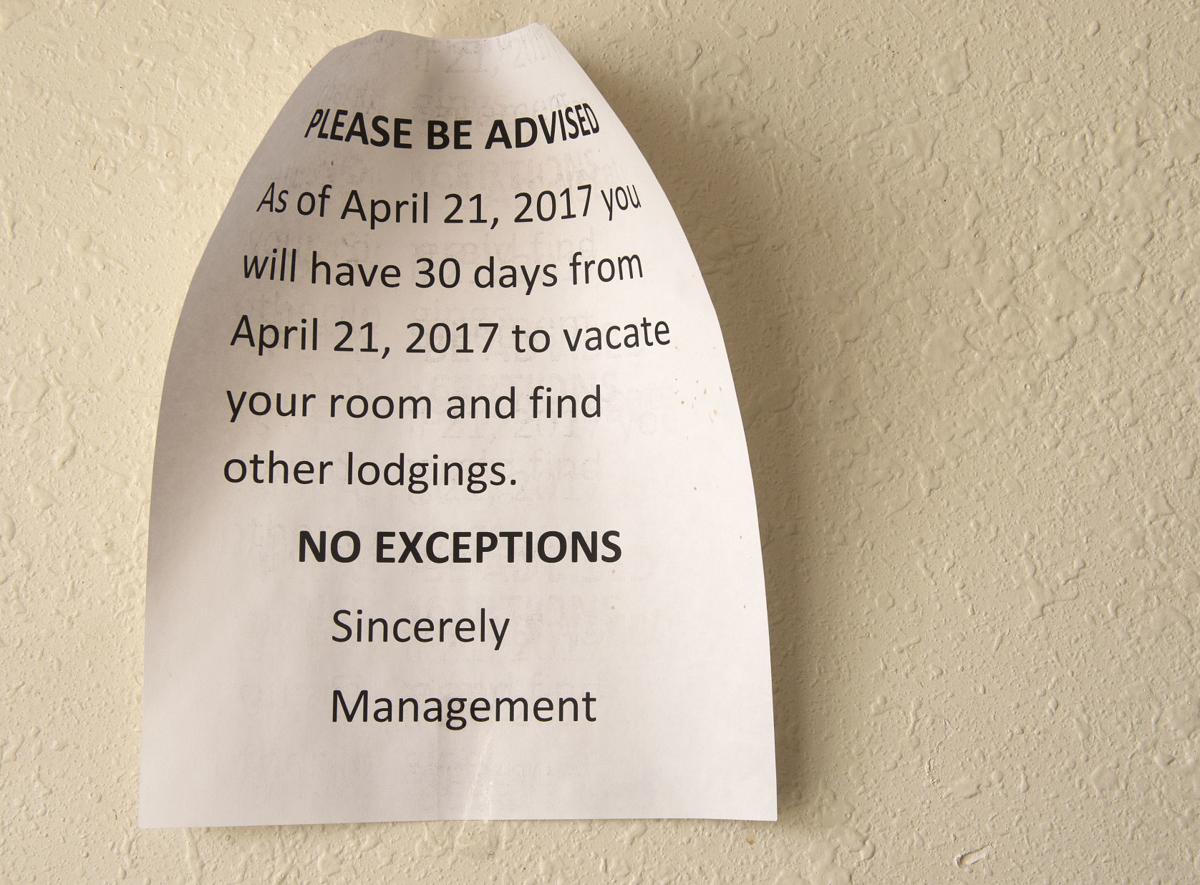 Some guests lived at the Economy Lodge for years, but that changed last year when Doctor John's bought the property and closed the motel. 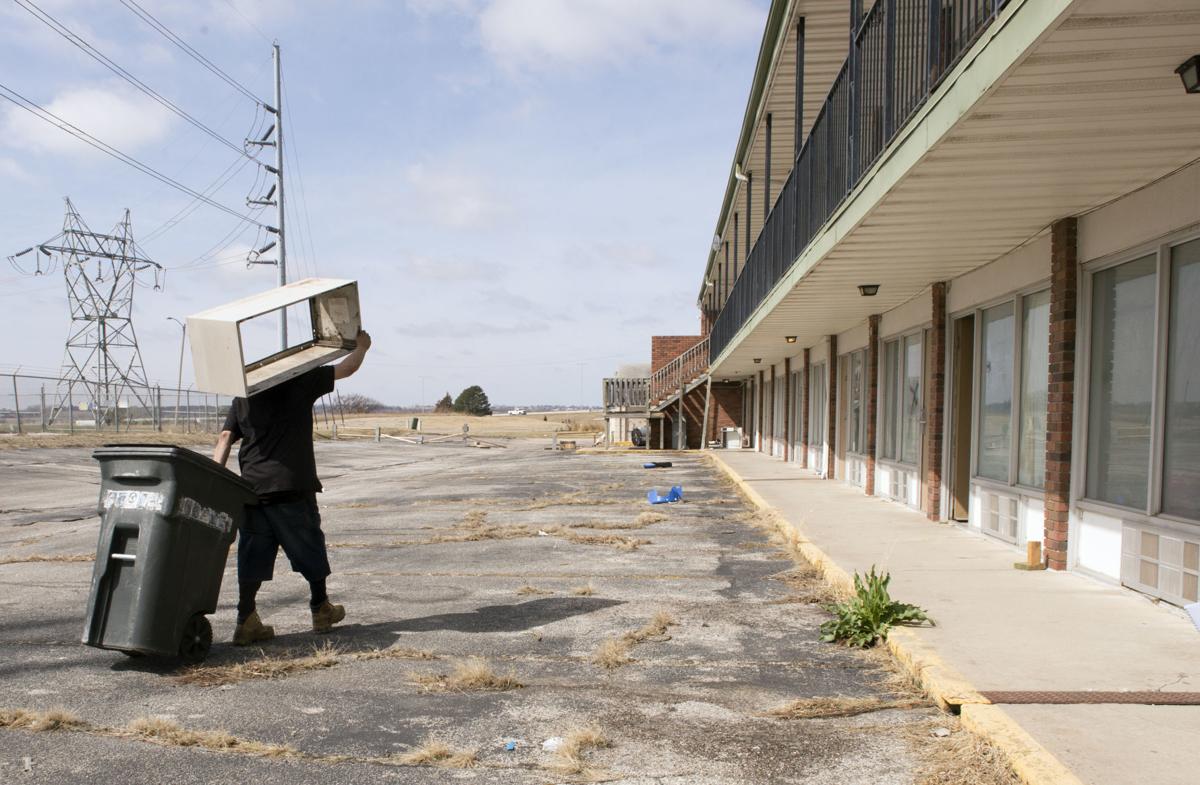 A homeless man has been helping clean the property. 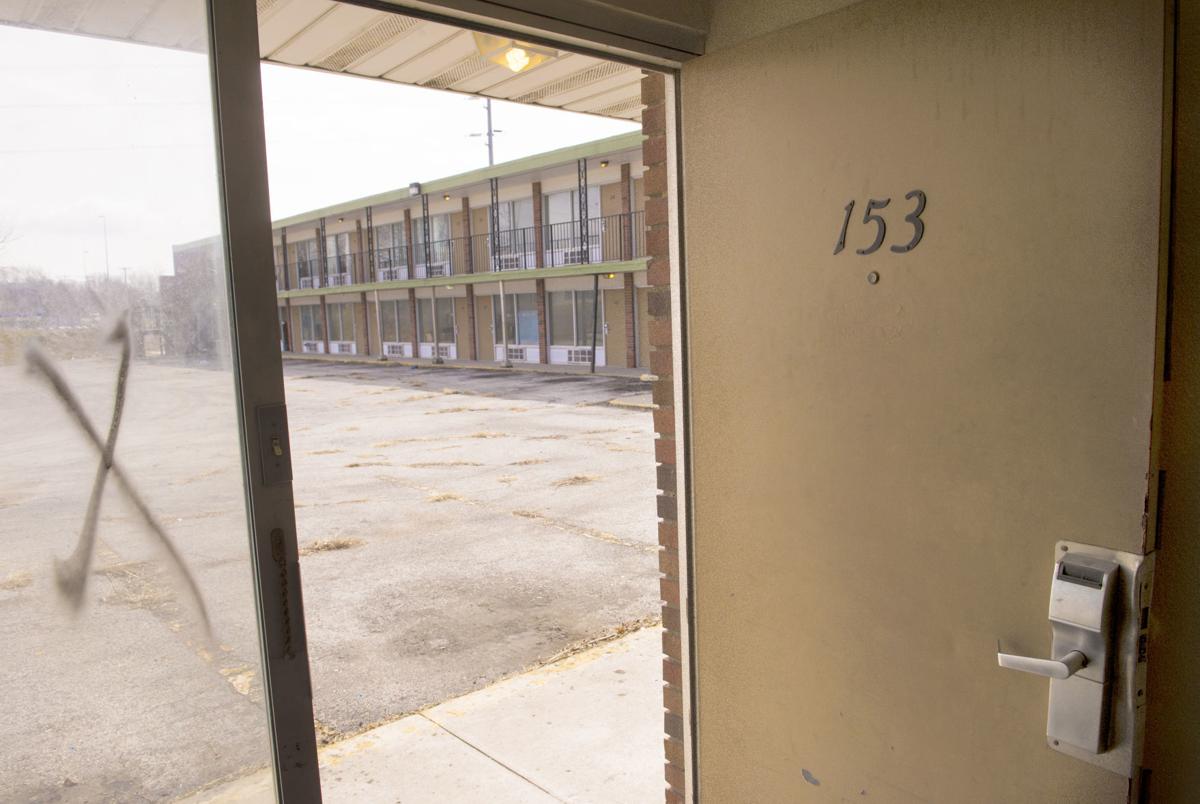 Since it closed last year, the former Economy Lodge near the airport has become a target for transients. 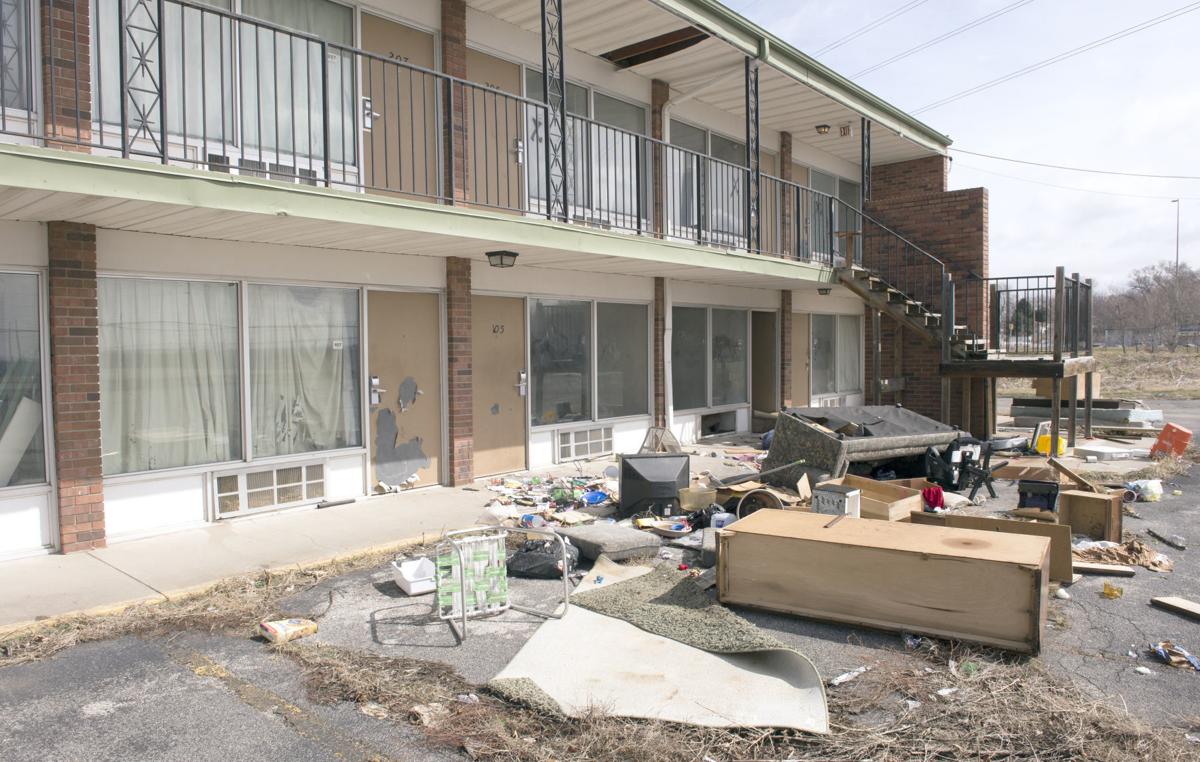 The former Economy Lodge was issued a fire-code violation and a city housing violation, in part because of the garbage scattered in its parking lots. 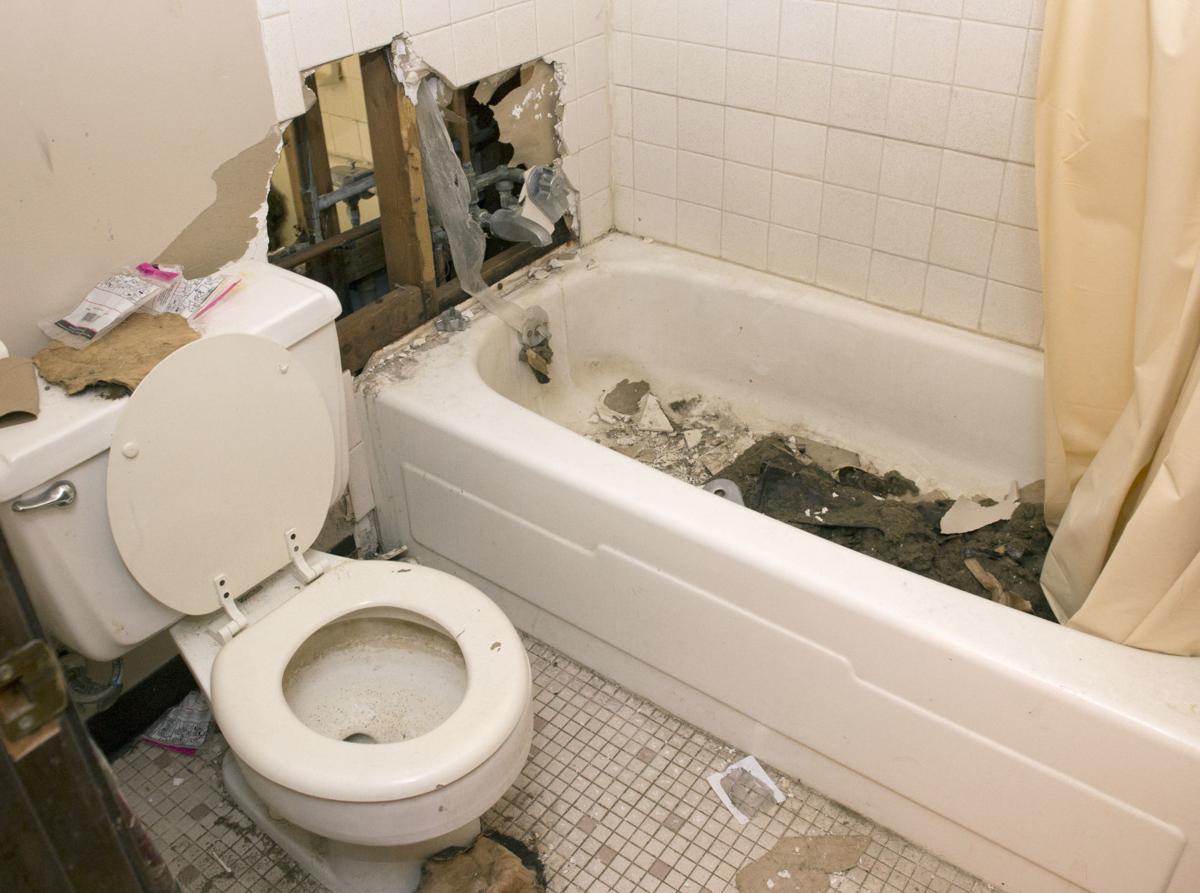 Squatters have knocked holes through walls in several rooms at the former Economy Lodge, allowing them to double their living space. 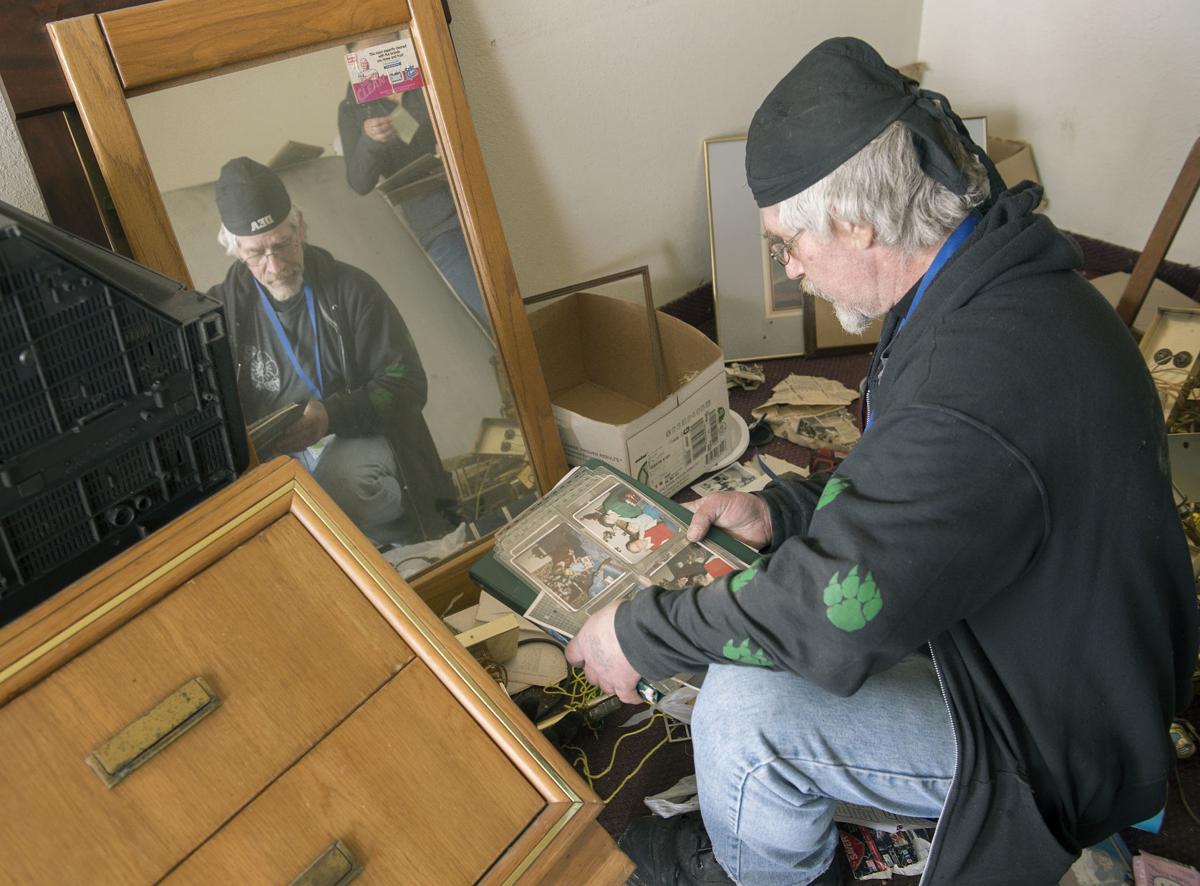 In a room full of abandoned memories, Martin Bream examines one of the many photo albums left behind.