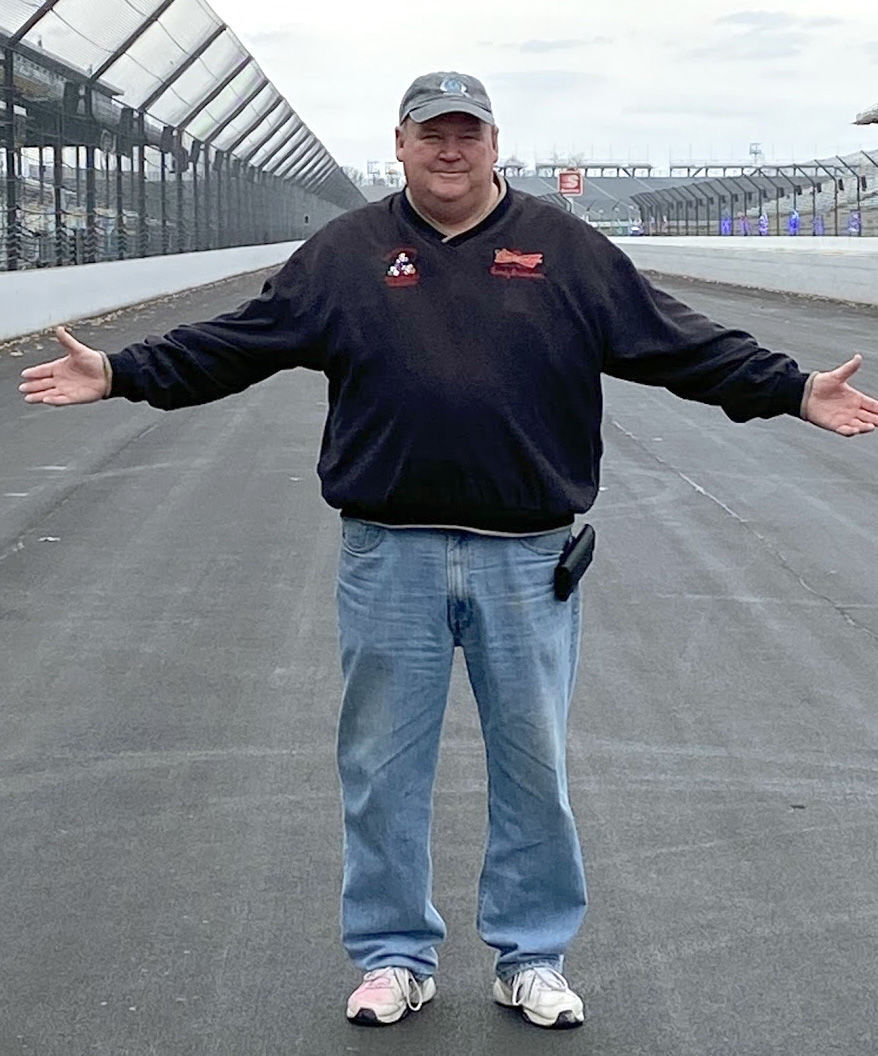 Randy Brinkman standing on the track at the Indianapolis Speedway. 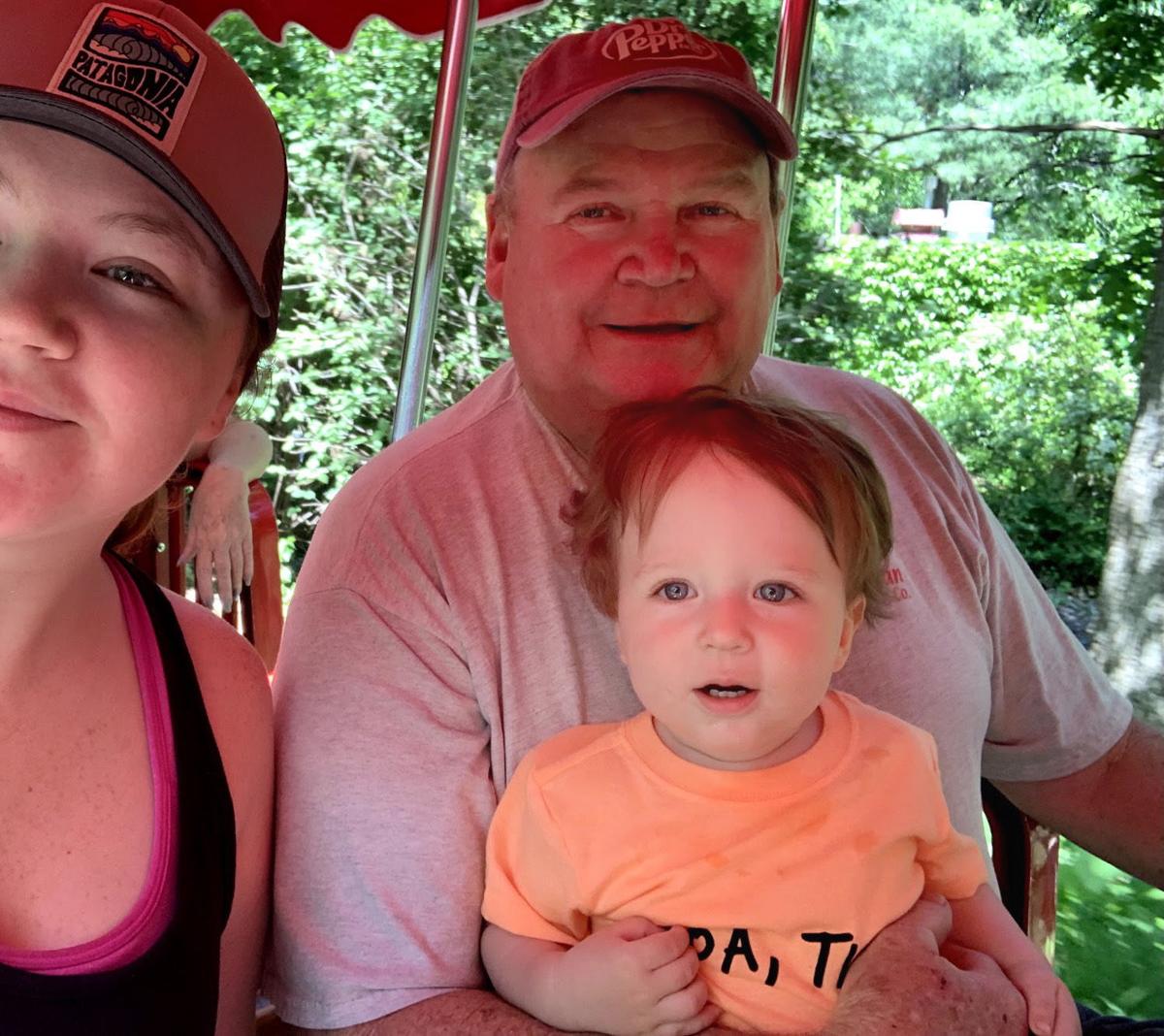 Randy Brinkman on the train at the Lincoln Children's Zoo with his daughter Jamie and grandson Julian.

“I met him almost the first day,” Diane said. “He asked me out for six years and I finally gave in.”

They were friends and she didn’t want to ruin that, she explains.

And they stayed friends even after they fell in love — best friends — for 25 years of married life.

“He was my once in a lifetime. I was lucky.”

They had a daughter together, Jamie, now 24.

“She was his right-hand woman,” Diane said. “He took her everywhere.”

He owned his own drywall finishing company and on weekends, he’d bring her to a job site. They went fishing and walked the aisles of antique stores. He pulled her son Julian around in a wagon and played old Beach Boys records, dancing around the room with the 2-year-old who owned his heart.

“He could be real quiet, but he could talk somebody’s ear off at the same time,” Jamie said. “Everywhere we went, he knew somebody, and me and my mom would just stand there while they talked for 30 minutes.”

The 62-year-old loved both his daughters -- his oldest Jenny born during his teenage years -- and his grandkids, Julian Hernandez, Dylan and Macy Jurgens.

“Randy’s first passion was his family,” his obituary said. “Especially his three grandchildren.”

He doted on Dylan, 16, and Macy, 12, his daughter Jenny said. And he was so proud when Dylan started school at East High, his own high school stomping grounds. Grandpa Randy went to his basketball games and band concerts, picked the siblings up for lunch dates.

Jenny and her dad had lunch dates, too, always Cheddar's so Randy could get the chicken-fried steak -- a double order, one to save for a second meal at home.

"We could talk about anything," she said. "It was nice to have that kind of a friendship with him."

Randy grew up in Lincoln, the youngest of six. He swam with his brothers and sisters at Eastborough pool. He had freckles and loved playing in the dirt with tiny metal cars. He loved BBQ. Had a head for math.

“He was pretty straightforward,” his sister Cheri Brinkman said. “He was kind.”

He loved golf and his golf buddies. He still played pool. Loved a good game of cards. He bought rental properties and fixed them up.

He wrote Diane love poems for her holidays and her birthday.

He liked sitting by the pool with a cold drink.

When he got sick, he told Jamie he thought his allergies were acting up. After his test came back positive, Cheri dropped off food on the patio, bought him an oximeter.

It’s still hard for her to read his text messages from the hospital.

The last one for Cheri and his older brother: I love you sister. I’m not a quitter. Tell Rick not to worry...

He talked to his daughters, tried not to worry them.

Diane called him. “A hundred times a day.”

He was on a ventilator and had a tracheotomy.

“I feel like he should have been here another 20 years,” Jamie said. “That he died from something like this, it shouldn't have happened.”

Alan Burr, 73, of Humboldt died on Jan. 13 of complications from COVID-19. Teacher, artist, beloved brother, favorite uncle. “He did what he wanted, when he wanted to.”

'Humbling and heart-wrenching:' Columnist on telling the stories of Lincoln's COVID victims

This spring, the Journal Star set out to honor the lives of those lost to COVID-19. The families were eager to share the stories of those they loved.

Officials believe the mandatory tests and isolation effort at the start of the semester prevented the spread of COVID-19 among students and faculty who may have unknowingly contracted the virus over winter break.

Lillian "Lil" Gibson, 61, died of COVID-19 on Nov. 2. The dialysis nurse and marathon runner was small but mighty with a big smile and warm personality. 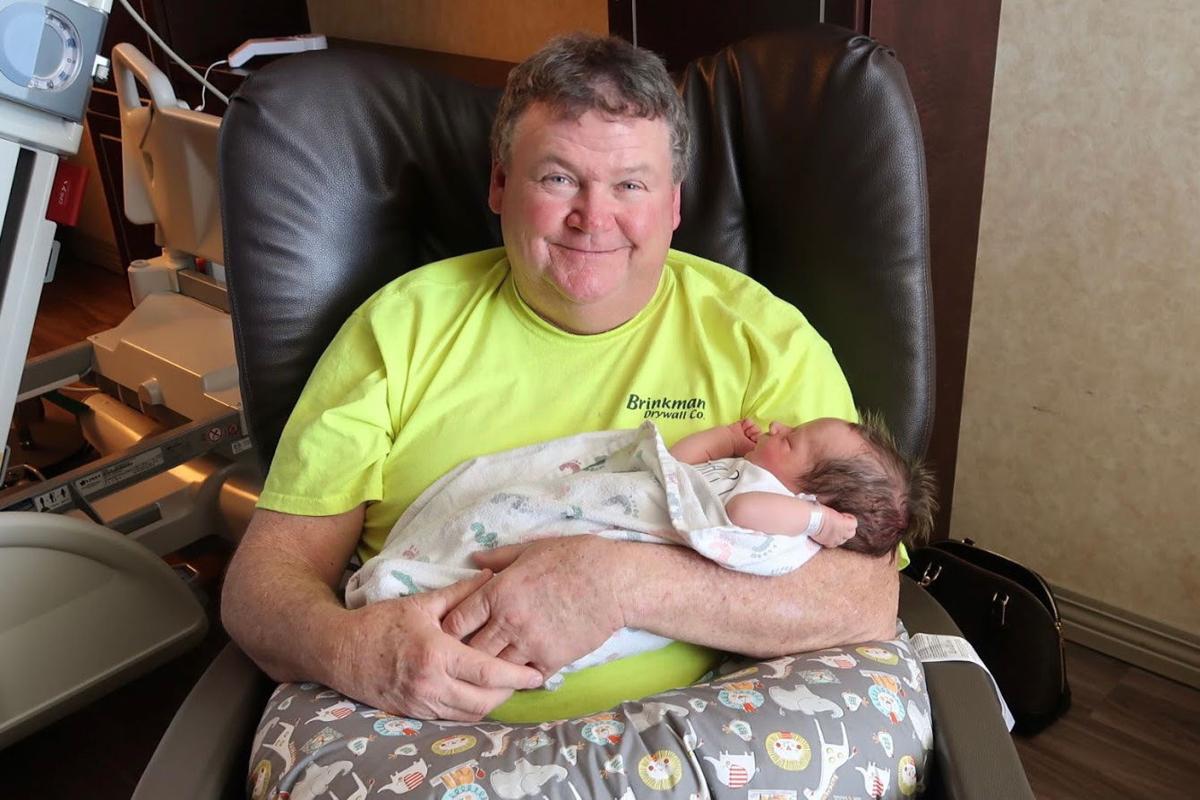 Randy Brinkman with his grandson Julian Hernandez in late February 2018. The Lincoln man died of COVID-19 on Nov. 30. He loved his family, old cars and working hard. He also wrote love poems to his wife. 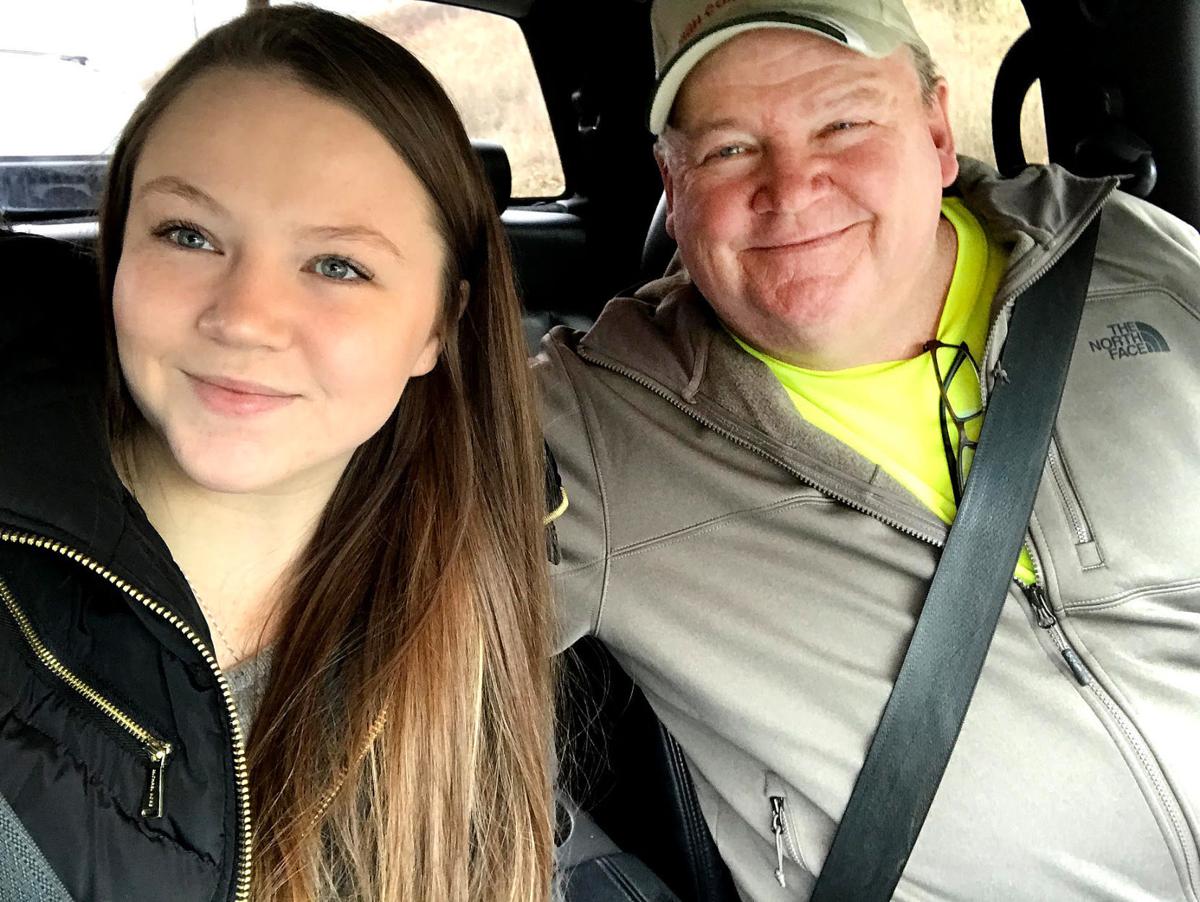 Randy Brinkman with his youngest daughter Jamie. "She was his right-hand woman," said Diane Brinkman, Randy's wife. "He took her everywhere."

Randy Brinkman standing on the track at the Indianapolis Speedway.

Randy Brinkman on the train at the Lincoln Children's Zoo with his daughter Jamie and grandson Julian. 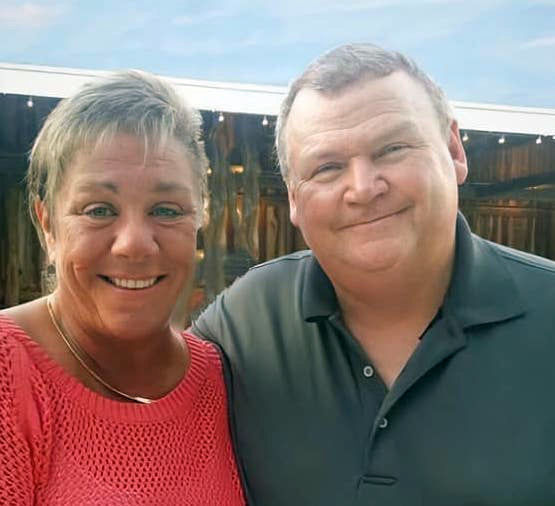 Randy and Diane Brinkman. The widow called her husband her "once in a lifetime." The pair met in the '80s at the Neighbors Lounge and were married 25 years. 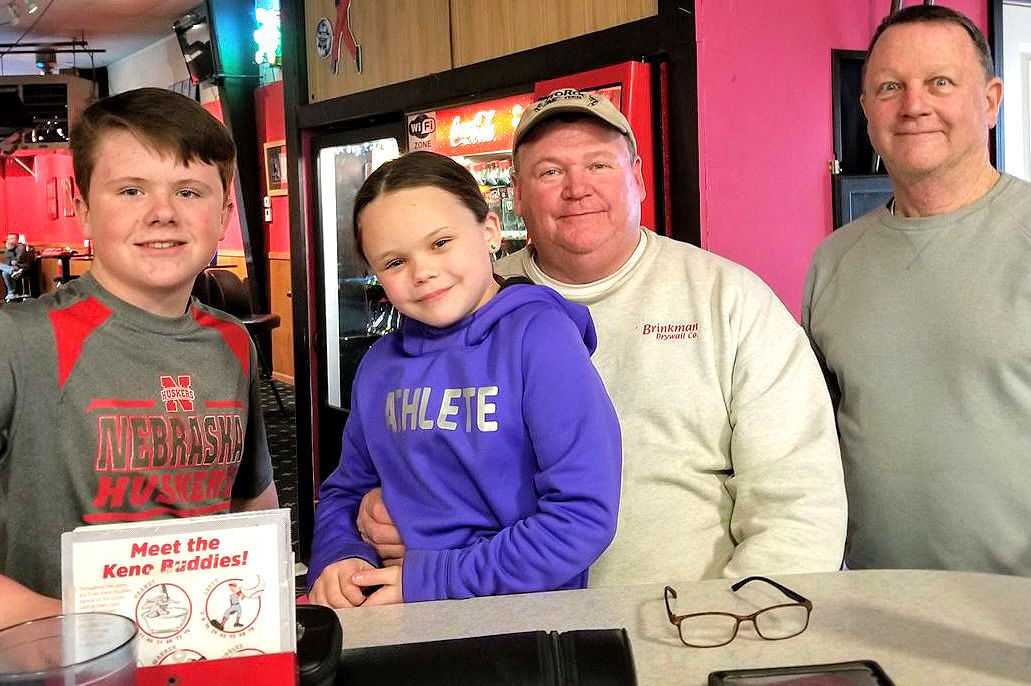 Randy Brinkman with his grandchildren Dylan and Macy Jurgens and his big brother Rick Brinkman.