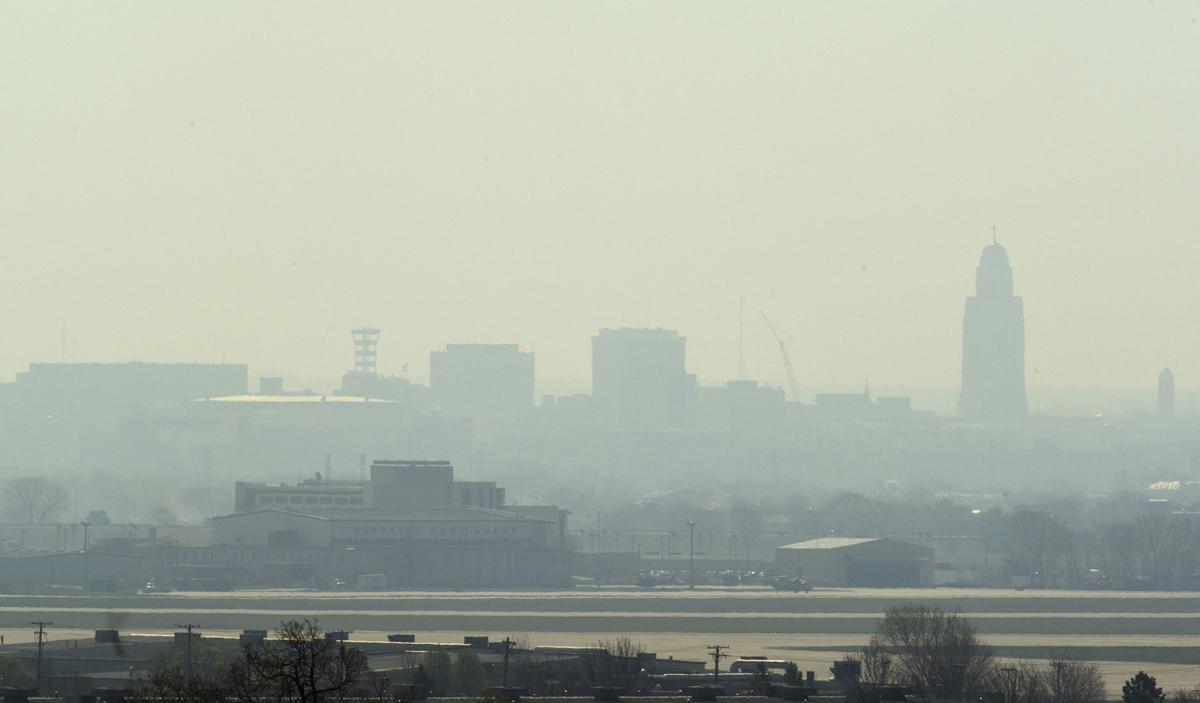 Smoke from fires in Kansas obscures the Lincoln skyline as seen from Arnold Heights Park on April 13, 2016. 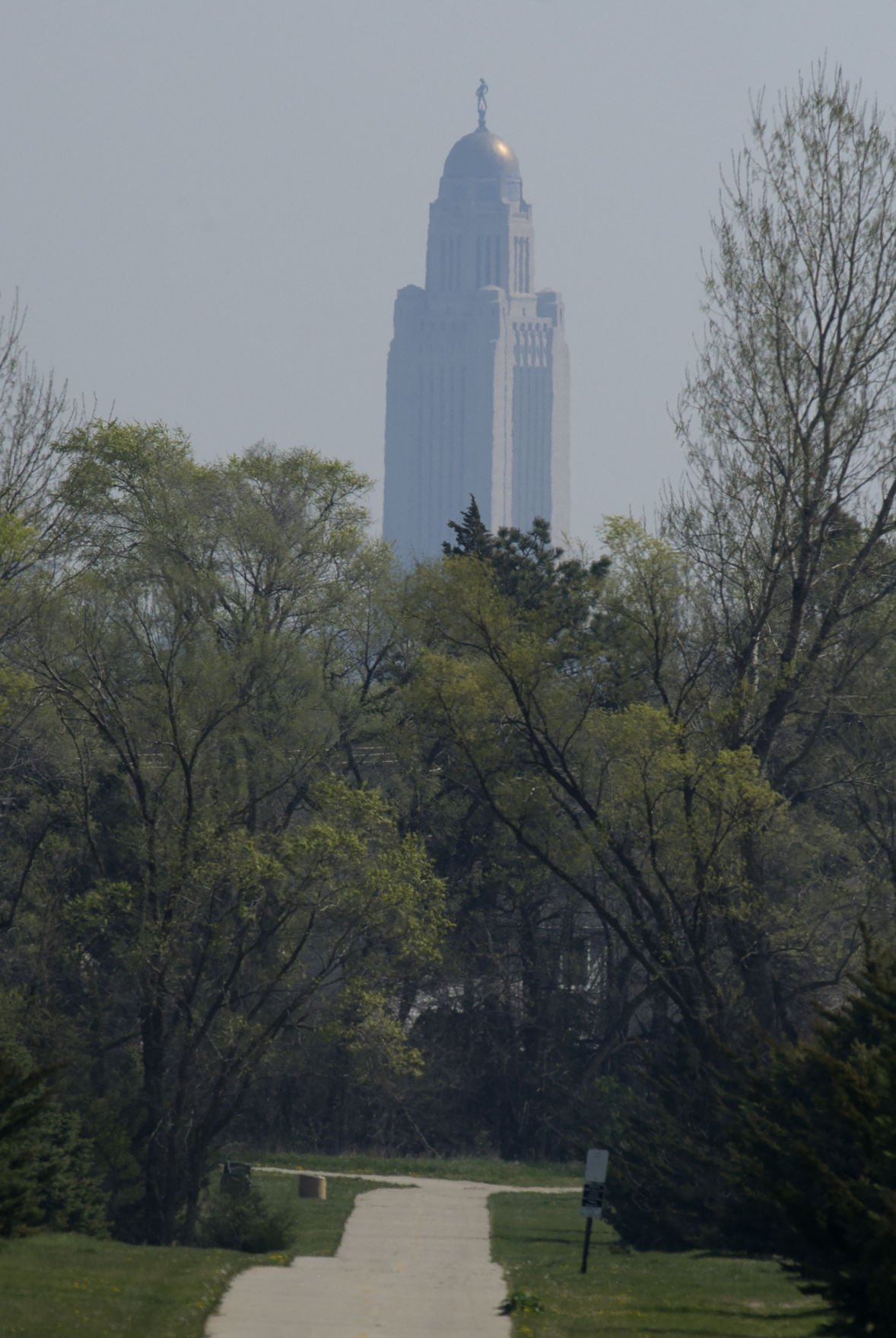 A smoky haze from fires in Kansas softens the view of the Nebraska State Capital from Pioneers Park on Wednesday. 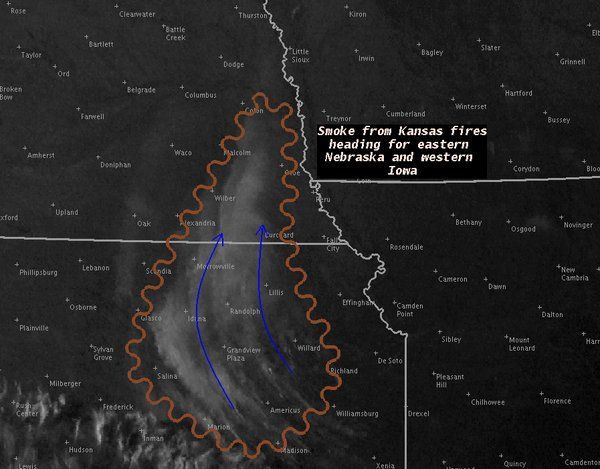 Lincoln Public Schools officials -- who upon the advice of Lincoln-Lancaster County health officials and district health staff kept students inside Wednesday -- said they were comfortable with the decision even though the haze was mostly gone by afternoon.

LPS officials kept students in from recess and canceled sports events – 12 of them. School practices were held indoors.

Keeping kids inside because of air quality is a new one for LPS, but it’s a little like calling a snow day because of a weather forecast.

“We made the decision to cancel athletic events in a timely manner in the best interest of kids,” said Communications Director Mary Kay Roth. “Yes, this is something like a snow day. We must make a decision early enough to accommodate student and family schedules. And we are completely satisfied with our decision.”

Health officials, who expressed concern over the hazardous levels of smoke in the air Tuesday, commended that decision.

Smoke levels were most hazardous for people with asthma, lung disease, other respiratory conditions or heart disease as well as older adults and children.

Marge Theel, supervisor of health services for LPS, said Lincoln was in the unhealthy “red zone,” until 11 a.m., though air quality continued to improve as the afternoon wore on.

Just a few students went home because of breathing problems, though she’s not sure whether from allergies or the smoky haze emanating from Kansas.

District Athletic Director Kathi Wieskamp said just one of the 12 cancelled sporting events was a varsity contest – Northeast vs. East soccer at Seacrest. Athletic practices moved inside and the games will be rescheduled.

Wieskamp said she came out of a meeting at 1 p.m. and was struck by the clarity of the air, but she noted there were still air quality cautions. It was hard to predict what would happen in the morning, she said.

“The winds will do what they will,” she said. “To me it’s a tough decision, but it’s based on the safety of our kids.”

Had the district not taken the precautions it did, Theel said, she believes there likely would have been several 911 calls.

“I don’t think we’d be talking about a second-guessing” if that were the case, Holmes said.

City health officials have expressed concern to Kansas and to federal officials about the smoke carried into Nebraska because of prescribed burns, Holmes said.

It’s smoky in Manhattan, too, he said.

Despite the inconvenience, these fires are an economic and ecological necessity, Devlin said.

“If we want the prairie to stay like it was naturally, we absolutely have to burn,” Devlin said.

Wildfires caused by lightning strikes and intentional burning by Native American tribes in the past replenished the prairie, Devlin said.

Now, landowners get permits for prescribed burns to carry out the same mission to clear brush and invasive species, he said.

Farmers also use the fires to get more nutrient rich tallgrass that ensures better grazing for cattle herds, Devlin said.

In a dry, windy spring like this one so far, Kansans looking to burn their pastures haven’t had many safe days to do so, he said.

That’s why there tend to be many at once, leading to the heavy smoke output, Devlin said.

Counties restrict the controlled burns when conditions aren’t safe, and a consortium of government and environmental agencies in Kansas advise prospective burners about the potential pollution risk to urban areas.

Tuesday evening, winds blew a fire in rural Lancaster County from under control to out of hand, causing $44,000 in damage to a man’s pickup and sheds.

"We just wish the winds weren't coming the direction they're coming," he said.

Rain is welcomed, even on a Monday

Lincoln saw its first significant rain in three weeks, with nearly 1 inch falling at the Lincoln Airport on Sunday night and Monday morning.

Wildfires getting worse with climate change

Residents warned to stay inside on Saturday

Local residents, including people with heart and lung disease, are advised to stay indoors Saturday because of smoke levels from agricultural …

While Nebraskans cursed Saturday's smoky surprise from Kansas, a group of Flint Hills ranchers on horseback merrily flicked matches into the g…

Smoke from fires in Kansas obscures the Lincoln skyline as seen from Arnold Heights Park on April 13, 2016.

A smoky haze from fires in Kansas softens the view of the Nebraska State Capital from Pioneers Park on Wednesday.