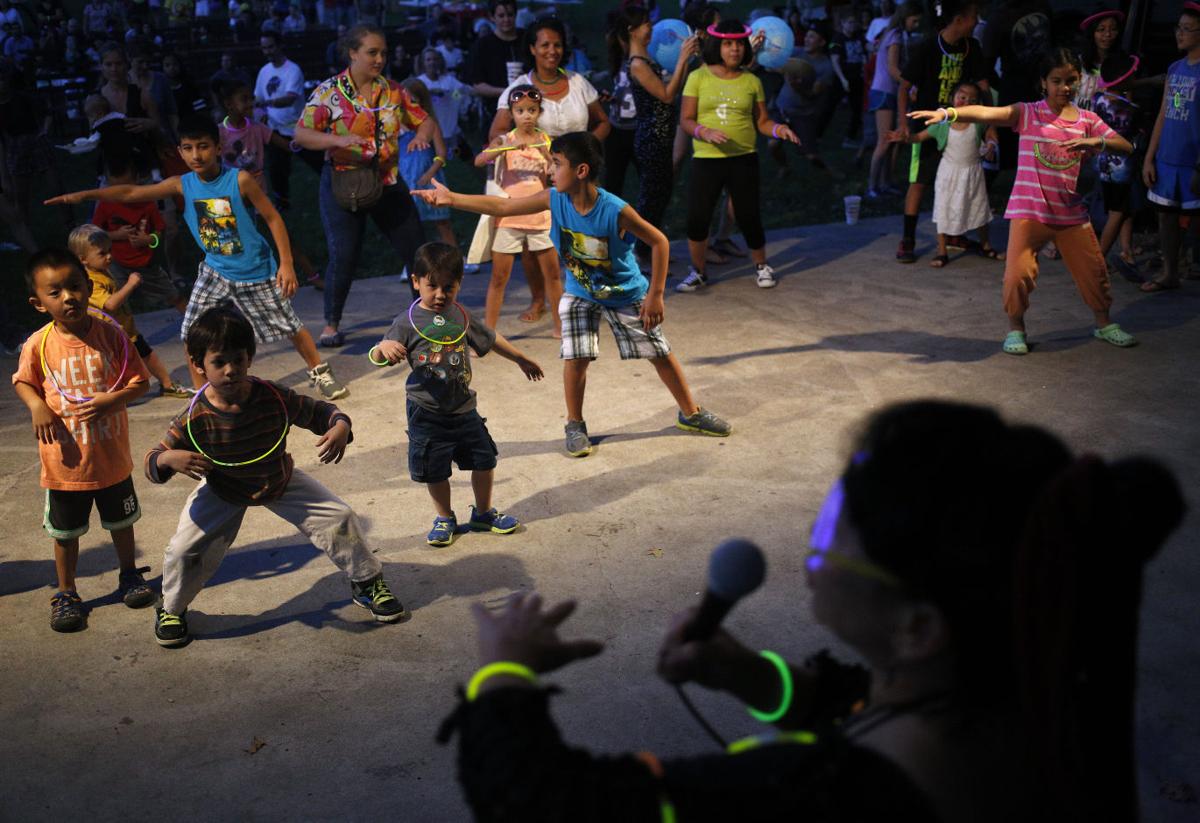 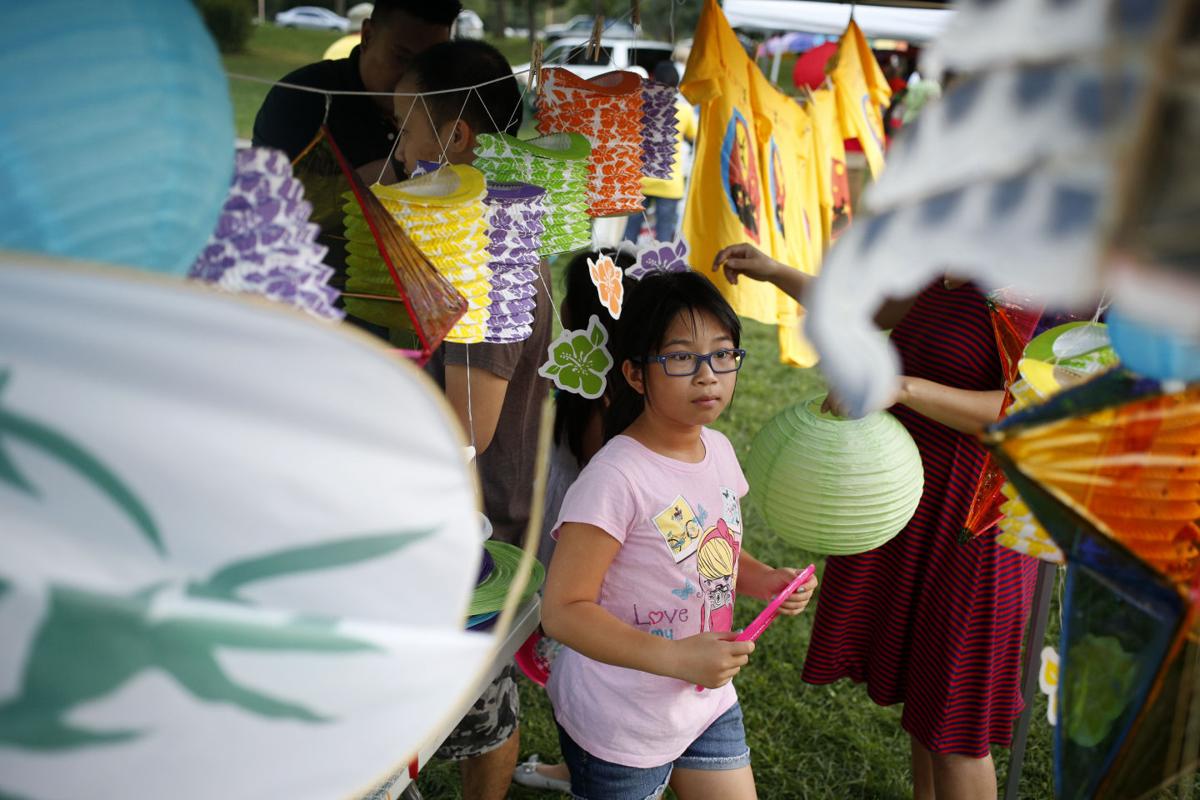 Linh Ha, 10, picks out a lantern during the Harvest Moon Festival Sunday at Antelope Park in Lincoln.

The pounding from Japanese Taiko drums beat across the grassy clearings and parking lot of Antelope Park as the sun set on roughly 500 people milling, eating and watching during Sunday’s Harvest Moon Festival, a holiday that spans several Asian cultures.

In addition to the chants and choreography of drummers, there was a Chinese Lion Dance and a traditional Karen dance, which hails from Myanmar.

And of course there were refreshments and food.

The event, hosted by the Asian Community and Culture Center, had its largest turnout in five years -- triple that of last year's -- and organizer Sheila Dorsey Vinton largely credited food for bringing people out.

Six restaurants were represented, she said, plus some in attendance brought drinks and snacks to share.

“We know why people come to festivals,” said Dorsey Vinton, executive director of the Asian Community and Culture Center. “They want food. So we upped that.”

Other things that helped were additional acts and changes in advertising.

“We have some great performance groups around town, and it’s exciting to be able to give them an outlet,” Shizuka said. It’s also nice to introduce Asian cultures to the people of Lincoln, he said.

One of those performers, Paw Wah, said his Karen group dances to showcase who they are and where they’re from. It’s important to maintain these identities, he said, because Karen values are challenged by war at home.

Wah grew up in a refugee camp from the age of 3. He loves the freedom he enjoys in the United States, he said, but also the opportunity to never forget his roots.

“Even in the United States, we have to keep our culture,” Wah said.

With a lot of immigrants, he said, health care is sometimes overlooked. If it falls by the wayside, he said, it can cause problems down the road.

A large part of the festival was funded by Blue Cross Blue Shield of Nebraska, Aetna Better Health of Nebraska and the Nebraska Art Council.

Shizuka said his organization is always looking for different needs to fulfill, and the Harvest Moon Festival is a piece of that ever-evolving mentality.

“We’re changing rapidly,” Shizuka said. “And little by little, as we see new opportunities, we work to reach out to the community.”

LOMA -- When Mary Fallon, owner of the Bar-M Corral in Loma, got a phone call telling her the Sand Hills Blues Brothers were dropping in Frida…

Lion dancers all about respect, legacy

Six months ago, Ray Petersen and his fiancée, Danelle Weiland, were planning to get married and had saved up $5,000 for the wedding.

Check out photos of Sunday night's awesome lunar eclipse. Have one to share? Send it to yourpics@journalstar.com.

Linh Ha, 10, picks out a lantern during the Harvest Moon Festival Sunday at Antelope Park in Lincoln.