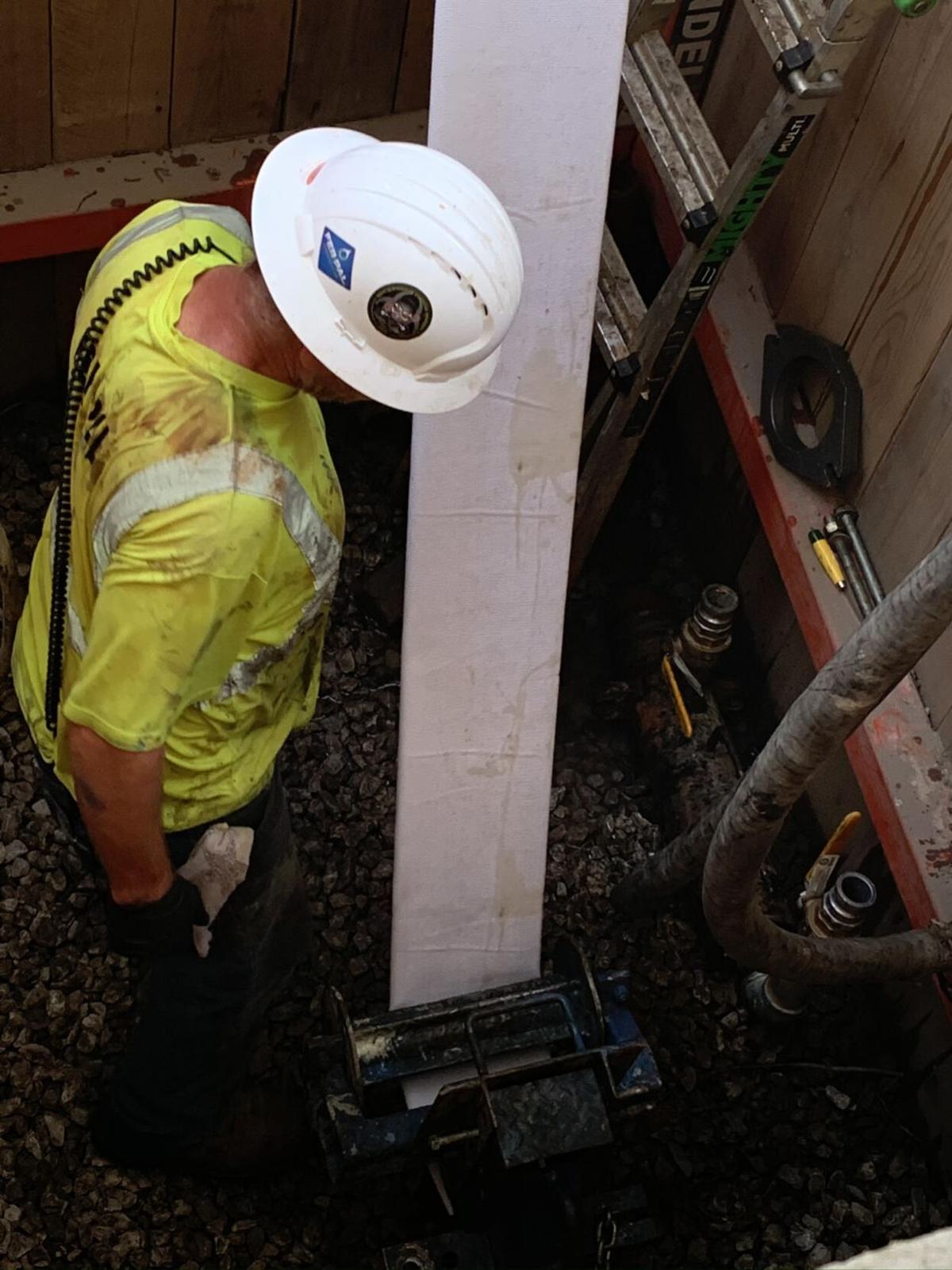 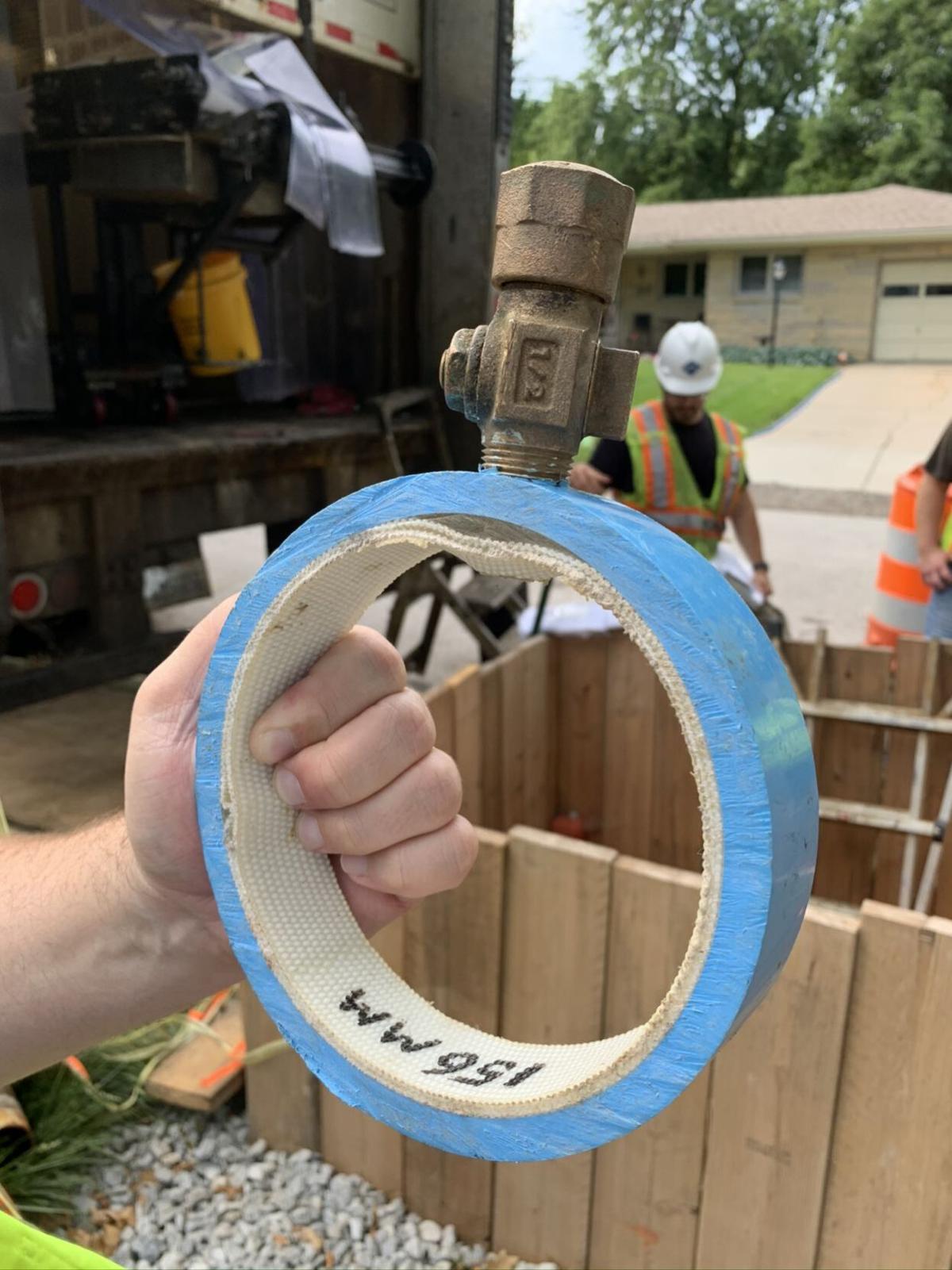 A water main replacement crew member holds up a new pipe created from cast-in-place pipe lining, which Lincoln Transportation and Utilities has used on five projects since 2017. 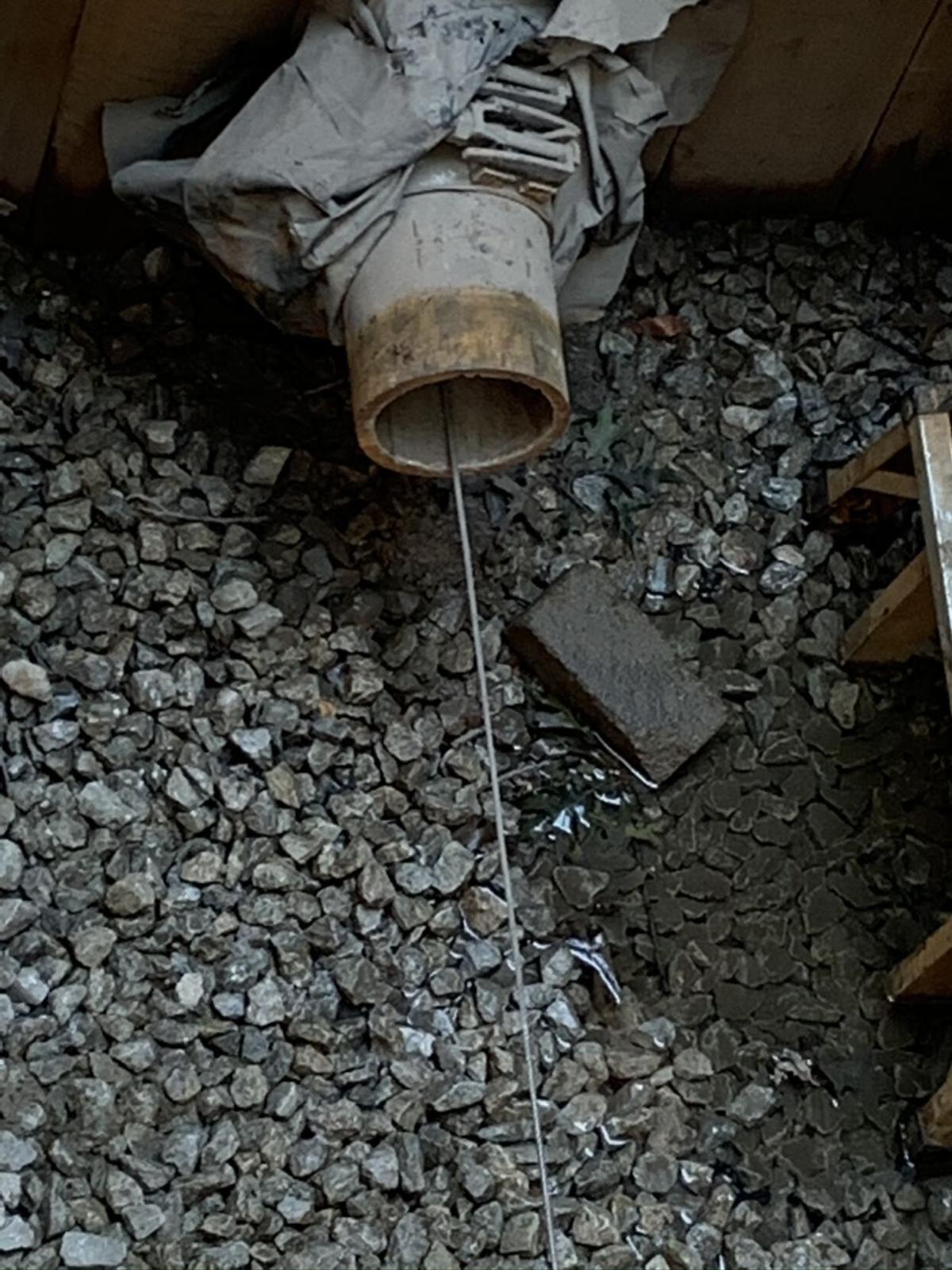 A wire pulls the pipe material through the water main being repaired in a central Lincoln project in July. 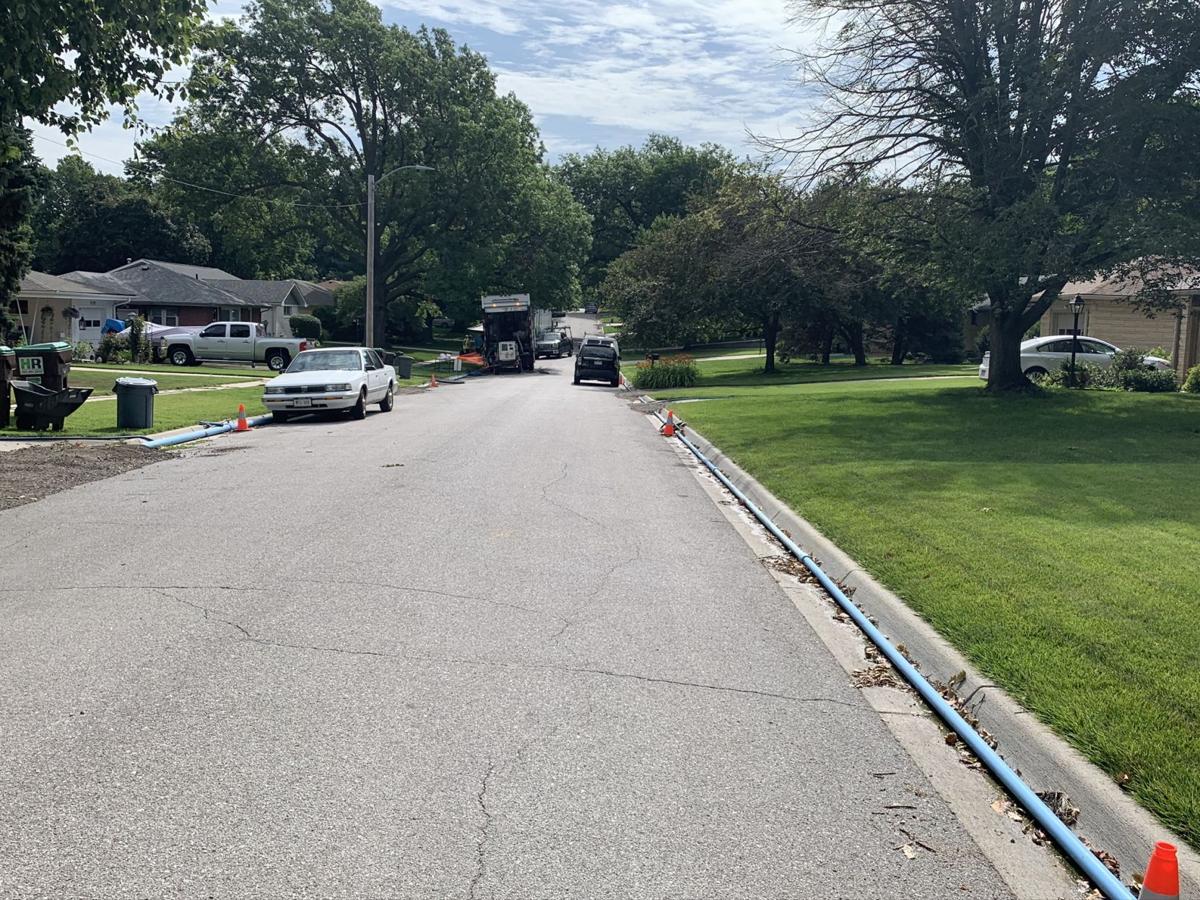 Occasionally, though, the space available or conditions underground have demanded the city go another route.

"You call them your problem children projects," he said.

Since 2017, the city has done five projects with Aqua Pipe after hearing of its effectiveness from the Metropolitan Utilities District in Omaha, he said.

Using this method, the existing pipe serves as its own replacement, as a crew uses a machine to spray a plastic material all along the inside of the main, creating a new pipe within, Beyersdorf said.

The Mohawk project, replacing mains on and around Mohawk Street between 37th and 44th streets, marked the first residential project the city has used this method on, he said.

Narrow lots, old and deep-rooted trees and tight right-of-way spaces made it a prime candidate for the method, he said.

This method didn't require the city to tear up as many yards as it would have otherwise needed to if it installed a replacement pipe, he said.

And it serves as a promising way for repairs needed on cul-de-sacs, where the city would otherwise need to dig up the whole area, including driveways and yards.

Minimizing disruption to a neighborhood provides an incalculable benefit to these projects, which otherwise cost about 10% more per foot of 6-inch water main, he said.

The method requires contractors to receive certification to do it, and to date, local contractors haven't received that, he said.

But the city benefits from MUD's use of cast-in-place pipe jobs because the out-of-state contractor can leverage its work in Omaha to pick up jobs in Lincoln, Beyersdorf said.

The new pipe lasts 50 years on its own.

The city has replaced 7 miles of water main this year and plans to tackle an equal amount next fiscal year, too.

Fauci: Covid may not end, hopes to find normalcy

Fauci: Covid may not end, hopes to find normalcy

The trail will be closed between Nebraska 2 and Old Cheney.

A water main replacement crew member holds up a new pipe created from cast-in-place pipe lining, which Lincoln Transportation and Utilities has used on five projects since 2017.

A wire pulls the pipe material through the water main being repaired in a central Lincoln project in July.