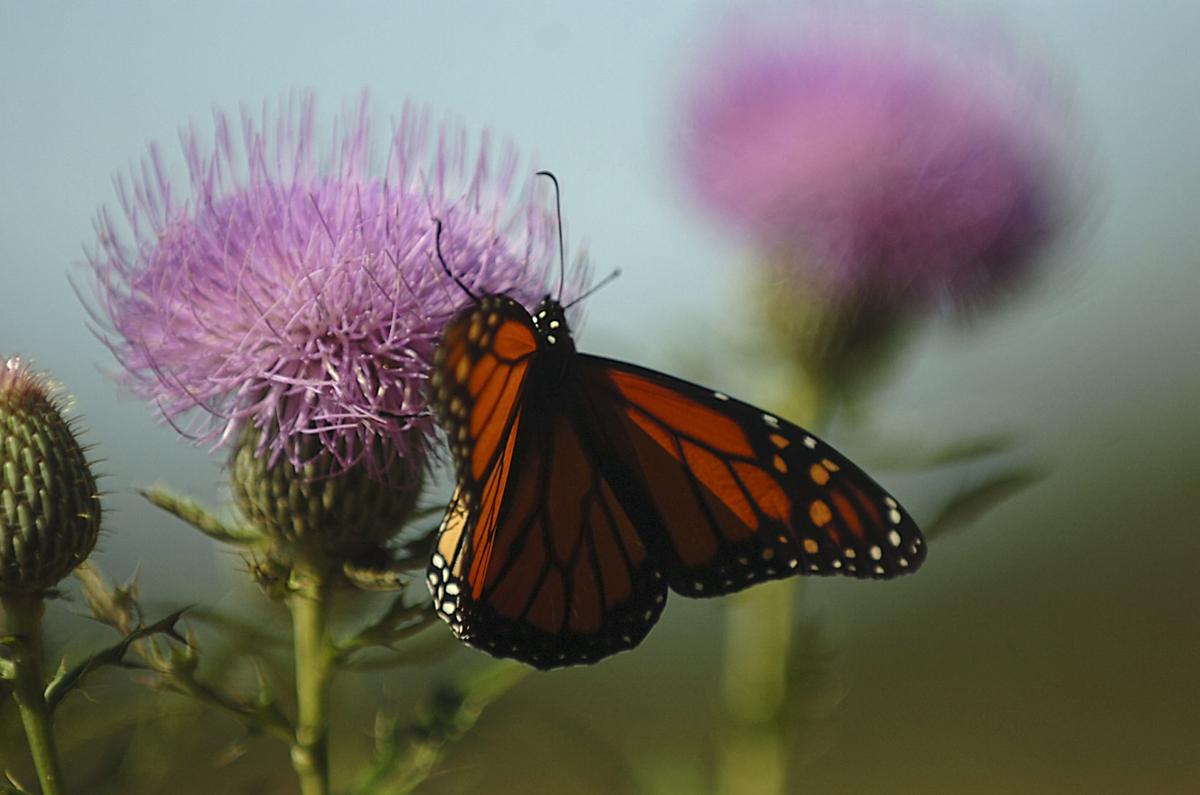 A Monarch butterfly feeds on a native tall thistle. Tall thistles, with silvery leaves, flower in August and September and are a good thistle. 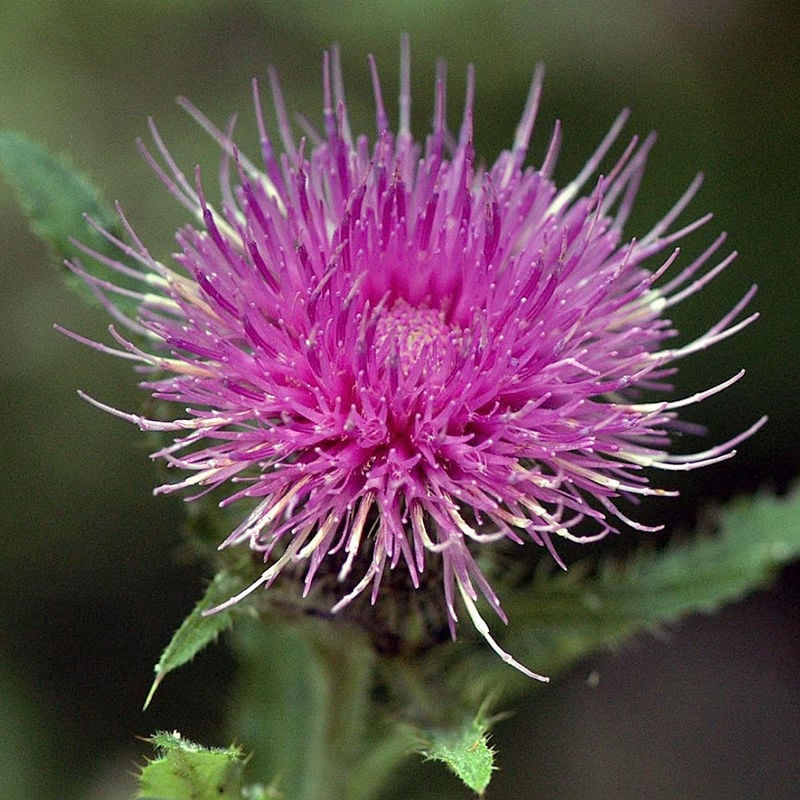 Tall thistles, with silvery leaves, flower in August and September and are a good thistle. 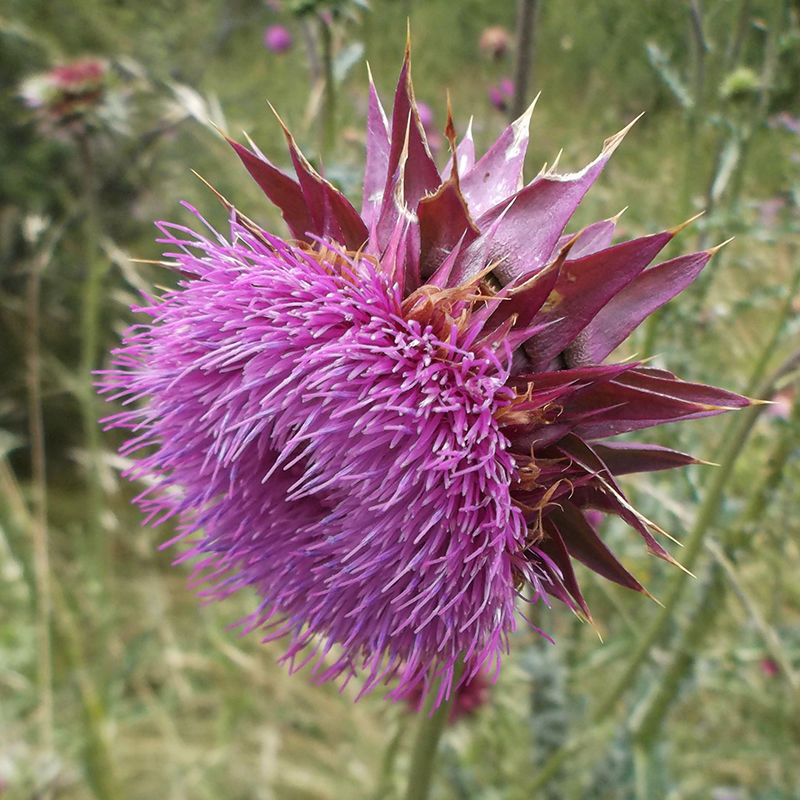 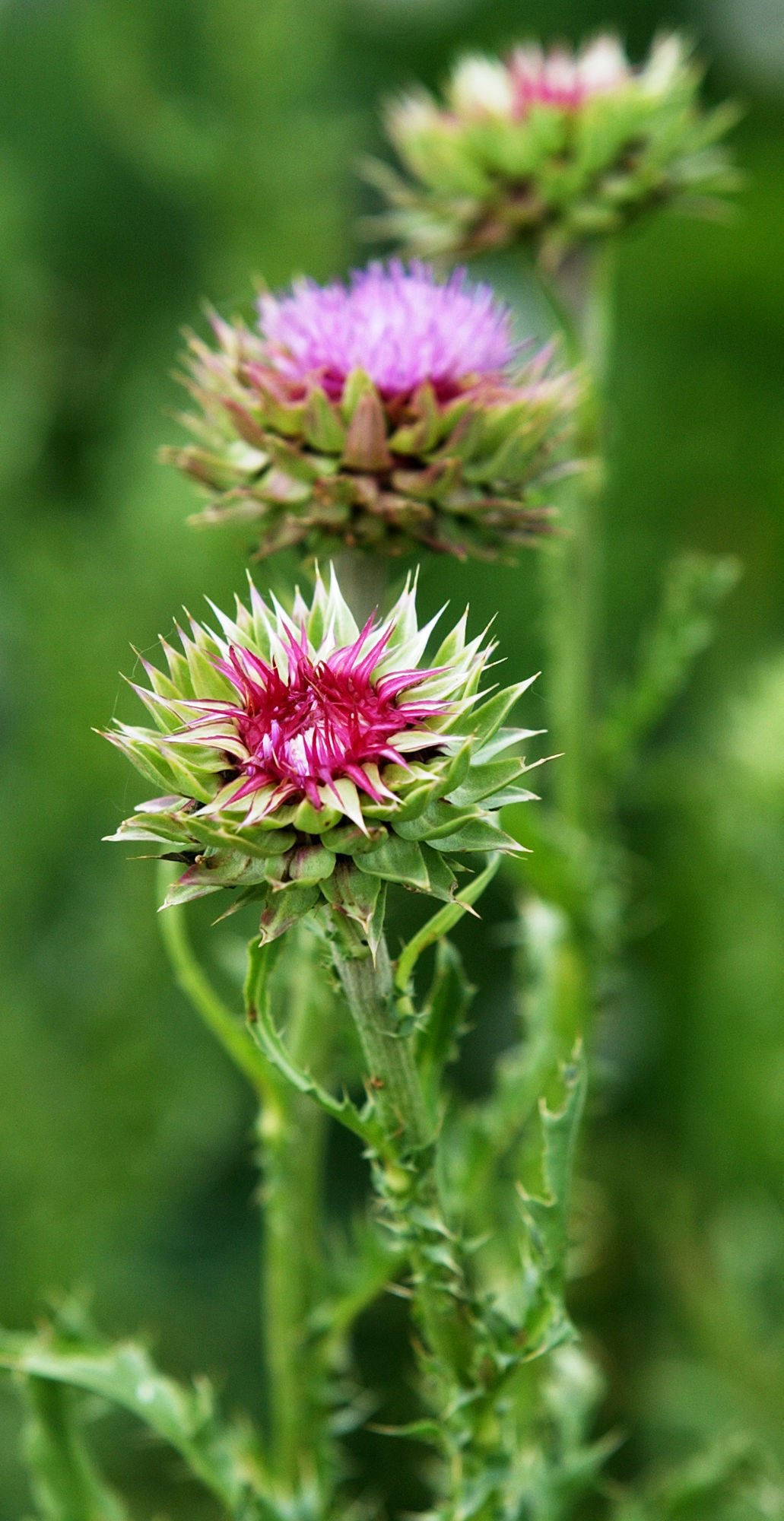 One morning this month the county’s weed superintendent got a call from a golfer who said he'd spotted musk thistle, the noxious weed with the pinkish purple flower, near the sixth fairway at HiMark Golf Course.

But it wasn’t musk thistle growing near the creek. It was a look-alike relative -- the innocuous tall thistle -- which is a friend to bumblebees and long-horned bees and butterflies, said Superintendent Brent Meyer.

About half the calls to Meyer’s office this month are from people reporting stands of musk thistle, a noxious weed.

Only they’re not musk thistle.

This time of the year the blooming plant is likely tall thistle, a good thistle, a native thistle. Where you find tall thistle you usually find bees and butterflies and birds, Meyer said.

Some callers are insistent that this is musk thistle, the evil plant that chokes out all other plants, covers pastures and range land with inedible spiny plants.

So Meyer is hoping a little education will help people distinguish between good and bad thistles with pinkish-purple flowers.

Tall thistle has silver color on the underside of its leaves. Most native thistles are either silver or light greenish-gray in color, or have some silver on parts of the plant, he says.

Musk thistle has no silver.

Tall thistle flowers in August and September in eastern Nebraska. So that’s the plant most people are seeing now.

Musk thistle flowers in May and June in the eastern part of the state. This time of year musk thistle is usually dried up and has fallen over, Meyer said.

Tall thistle is generally no taller than musk thistle -- 5 to 7 feet tall.  But it is more of a bushy plant.

Tall thistle is often found in drainage ditches and wetland areas and not in pastures.

So, not all thistles are created equal.

And the difference can be confusing, particularly when they look so much alike.

There are the bad thistles -- the musk thistle, the plumeless thistle and the Canada thistle, all with purplish flowers -- which came from other countries without their natural predators to keep them in check. These have been designated as noxious weeds, which landowners are required to control.

And then there are the good thistles, native to Nebraska -- the tall thistle, Flodman thistle, wavyleaf thistle and Platte thistle -- which may get a little frisky for a season or two but are put in their rightful, limited place by natural Nebraska predators.

Generally these good thistles attract butterflies, sometimes bees, and their seeds are eaten by songbirds.

This year, perhaps because of a wet fall a year ago, tall thistle is abundant, said Meyer. And that means many phone calls and people upset because they believe the county weed authority, the local natural resources district and the parks department aren’t doing their job.

How to tell the evil weeds from the merely annoying

Fall is the best time of year to control troublesome weeds in the landscape. At this time of year perennial weeds begin moving carbohydrates f…

Sarah Browning: Choosing a good tree and getting it started

For decades, Lincoln city parks were turf and trees. They were quiet, pretty, often-mowed places that gave us green and shade in the urban env…

A Monarch butterfly feeds on a native tall thistle. Tall thistles, with silvery leaves, flower in August and September and are a good thistle.

Tall thistles, with silvery leaves, flower in August and September and are a good thistle.