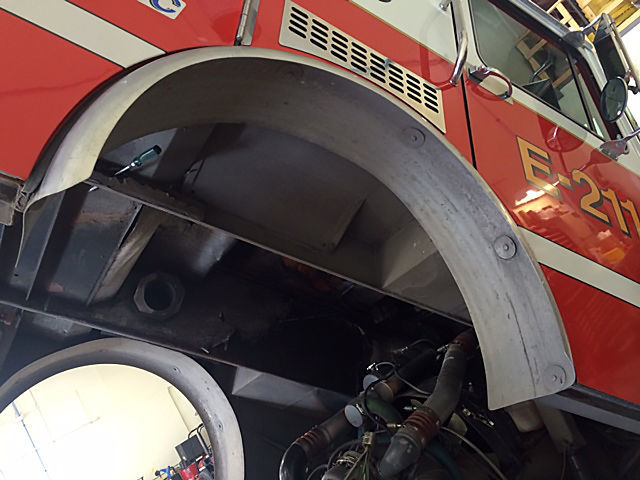 A screwdriver (upper left) highlights the corrosion that has dissolved about 50 percent of one of the Lincoln Fire Department’s fire engine’s frame rails that support the passenger compartment resting over the front axle. 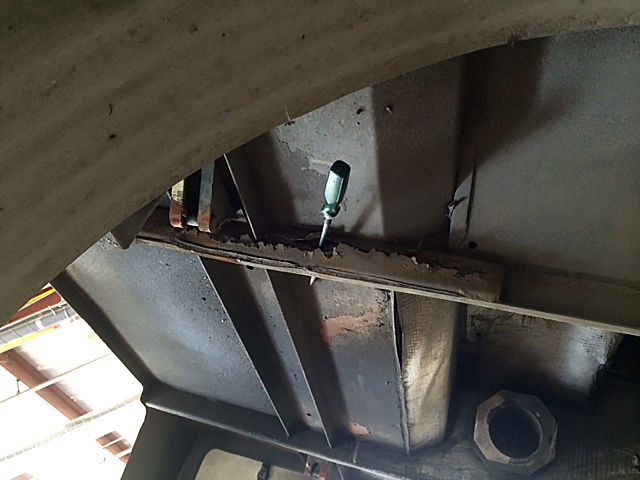 A screwdriver highlights the corrosion that has dissolved about 50 percent of one of the Lincoln Fire Department’s fire engine’s frame rails that support the passenger compartment resting over the front axle.

The city of Lincoln will likely have at least $1 million, maybe more, left over from the quarter-cent sales tax that is paying for public safety projects.

And there's disagreement over the best use for that money.

But some members of an oversight committee for the public safety project say any extra tax revenue should be saved for future radio system needs.

“We are suffering mightily for fire apparatus, because the city did not replace equipment for years and years.”

The city has apparatus so bad the frame rails are rusting out, said Fire Chief Micheal Despain. They could break in half in an accident, he said.

The grading system uses a national vehicle replacement guide and is based on a number of factors, including age, mileage, type of service and body condition.

The city has also agreed to set aside $500,000 a year to replace the 18 vehicles as they age. But it isn’t quite enough to start an annual replacement schedule, Casady said.

There is no legal issue with using the money for trucks and engines, according to City Attorney Jeff Kirkpatrick. The ballot language used to describe the project when voters approved the quarter-cent, three-year sales tax hike is broad enough to cover fire trucks and engines.

The language, which allows the money to be used for equipment, was intended to be broad enough to provide the city with flexibility, Kirkpatrick said in an email response.

But there are also political considerations, Casady said.

Some committee members said the language referencing equipment on the ballot meant equipment for fire stations, such as desks, chairs, weight-room equipment, not fire engines.

“The word 'equipment' is being massaged. I don’t think that was the intent of the voters,” said Councilman Jon Camp, who is a member of the oversight group.

Camp said he would not agree to use the money for vehicles. “I couldn’t support it,” he said, based on the way the city sold the sales tax hike to the voters. Using money for fire engines or trucks would broaden the definition too far, he said.

Other oversight committee members said they believed using the additional money for fire vehicles was the best option, even if that idea wasn’t specifically discussed during the 2015 election.

Some suggested the City Council hold a public hearing on plans for the leftover money before making a final decision. That hearing could be used to educate the public on why using the extra money for vehicles is a good idea while also allowing the council to hear public opinions, said Dick Campbell, a member of the oversight committee.

Casady said he would bring the committee’s comments to Mayor Chris Beutler.

The quarter-cent sales tax, which will end Oct. 1, is expected to bring in at least $37.5 million to pay for a new emergency radio system, three new fire stations and a new joint fire and police station.

Casady said he expects to have at least $1 million remaining and perhaps as much as $1.5 million to more than $2 million, when the project is finished.

At one point, Casady had hoped the sales tax could end three months early, but rising construction costs for the three fire stations and the combined police/fire station made that impossible.

The sales tax can be started and ended only at four specific times during the year, the beginning of fiscal quarters for the state. So the city would have to end the tax on July 1, skipping three months of revenue.

About two-thirds of the $76.3 million in city sales taxes collected in Lincoln last year was paid by people who live within the city limits, a…

Seventeen years ago, on Jodi Standley's first day as a Lincoln 911 dispatcher, her first call came from the man who'd inspired her to join the…

The city plans to hire 15 new firefighters in the next year if Lincoln receives a federal grant.

Lincoln has christened its first new fire station in 22 years.

City Hall: 911 sales tax in Lincoln is over

It’s not every day that a government ends a tax.

A screwdriver (upper left) highlights the corrosion that has dissolved about 50 percent of one of the Lincoln Fire Department’s fire engine’s frame rails that support the passenger compartment resting over the front axle.

A screwdriver highlights the corrosion that has dissolved about 50 percent of one of the Lincoln Fire Department’s fire engine’s frame rails that support the passenger compartment resting over the front axle.