If supporters of expanding protections under city code to include sexual orientation and gender identity have anything to do with it, Lincoln’s beleaguered fairness ordinance isn’t dead yet.

A large group — many of whom spent weeks gathering signatures in June to get the proposed ordinance on the ballot after the City Council rescinded it — presented the council on Monday with a box of signatures and a new legal argument.

“We’re not going away,” said Kay Siebler, one of the leaders of the group Let Lincoln Vote, which gathered ballot initiative signatures. “This group of volunteers ... these people are not going away until this is done. We are going to speak truth to the bigots.”

In June, they collected more than 11,000 signatures as part of a ballot initiative to get the proposed city ordinance on the November ballot, but Lancaster County Election Commissioner Dave Shively determined the petitions were invalid because they did not include a statement indicating whether petition circulators were paid or volunteer, as required by state law.

But supporters argued Monday that state law governing initiative petitions doesn’t apply to charter-run cities such as Lincoln. For those cities, they said, both the secretary of state and county election commissioner said the ballot initiative process is governed by city charter. And the city charter doesn’t specify who must verify signatures — it just says they must be verified.

“I’m an English professor,” Siebler said. “I love passive verbs. It means there’s no active subject in that sentence (indicating who must verify signatures)."

The volunteers signed sworn affidavits about the process they used and the result was more than 9,100 signatures they argue have been verified, well above the 8,900 needed, Siebler said.

“So today we are presenting these to you,” she told the City Council. “These are our verified signatures. According to the city code you now have a month. You can choose to act and choose to affirm the (ordinance).”

This is the latest move in an attempt to pass the fairness ordinance, which would broadly update city code to extend protections in housing, employment and public accommodation to include sexual orientation, gender expression, as well as to active military and veterans. It also updates definitions of marriage, race and natural origin, strengthens definitions and updates disability protections.

In February, the council passed the ordinance, introduced by council member Sändra Washington, who was absent Monday. Opponents, led by the Nebraska Family Alliance, mounted a successful referendum petition drive, gathering enough signatures to force the council to either rescind the ordinance or put the question to voters.

Some transgender advocates warned early on that they would be targeted by opponents and argued that supporters didn’t have the organization or financing in place to successfully counteract well-organized and well-funded opponents.

In June, the council narrowly voted to rescind the ordinance and Let Lincoln Vote began its petition drive.

On Monday, Siebler criticized the council and said it now has the ability to do the right thing.

“We could fill your evening with stories about the voters we encountered who are discriminated against every day because you all fell down on your job,” she said. “We talked to voters and they said over and over again ... what was the City Council thinking when they voted to uphold the bigotry of the Nebraska Family Alliance?”

What happens next is a little unclear, but it appears the council will take the issue under advisement and consult with the city law department about how to proceed.

Councilwoman Jane Raybould made a motion to accept the petitions for review. Her motion failed, apparently because other council members didn’t think it necessary to review the request.

“You are sitting in your seat because of the work (volunteers have) been doing for 40 years,” she said. “You are allowed the privilege to sit where you sit because these people gave you the power and the privilege and they are looking to you today and saying what happened?”

Siebler also took aim at what she called “extremists” who oppose the ballot initiative, apparently referring to those who oppose putting the question on the ballot because of a lack of adequate funding for a voting campaign.

She said some of those opponents verbally and physically assaulted some ballot initiative volunteers.

Two other supporters testified: Marie Bartlett, a military veteran whose son is disabled, and Amos Sobotka, a transgender man who has worked to expand protections for many years.

Bartlett said the ordinance just updates language for disability protections already on the books, and said she’d experienced housing discrimination as a member of the military.

Sobotka said he came out to his employer after working behind the scenes to get the Fairness Ordinance passed after he was told the transgender community didn’t support passing it now and the council rescinded it.

“Well, color me surprised, because I’m transgender and I’m for it,” he said. “I came out because of the constant threat of losing the few protections I do have and the direct act of being denied those protections again was too much,” he said.

Either side of a pair of ballot initiatives got the chance to make their final case at a public hearing held at the Capitol on Tuesday.

An Omaha-based Army Reserve unit is headed south for a yearlong deployment early next month.

The Nebraska Legislature regularly tells the state corrections department to develop new systems, conduct studies or come up with plans for new programs. Too often, those mandates haven't been met.

The city and the Lower Platte NRD has created a comprehensive watershed management plan that combines 14 watersheds plans and identifies 106 projects that will cost $47 million to complete.

West Haymarket JPA planned to contribute to ballfields from the beginning

A group that thinks voters should decide on the Fairness Ordinance during the city's general election in May filed ballot initiative paperwork with the City Clerk on Friday. 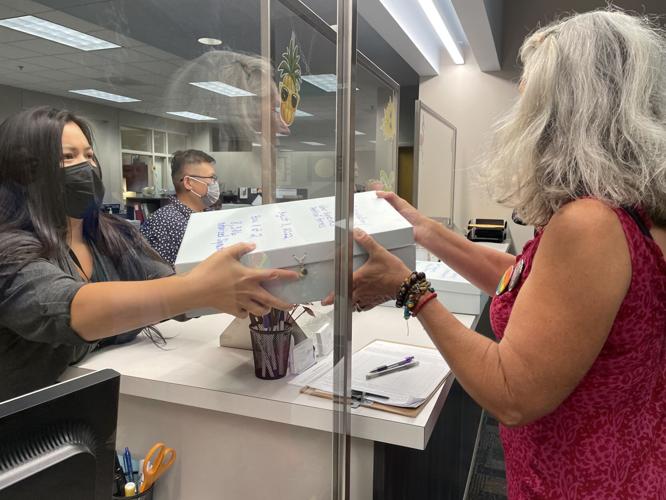 Kay Siebler (right) hands in petitions in August for the Let Lincoln Vote group which gathered signatures to let Lincoln voters decide whether the city should enact a fairness ordinance to expand discrimination protections to include sexual orientation and gender identity. 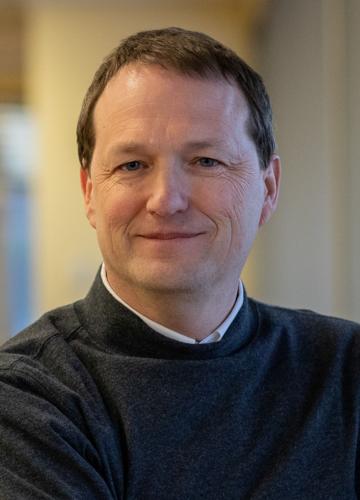