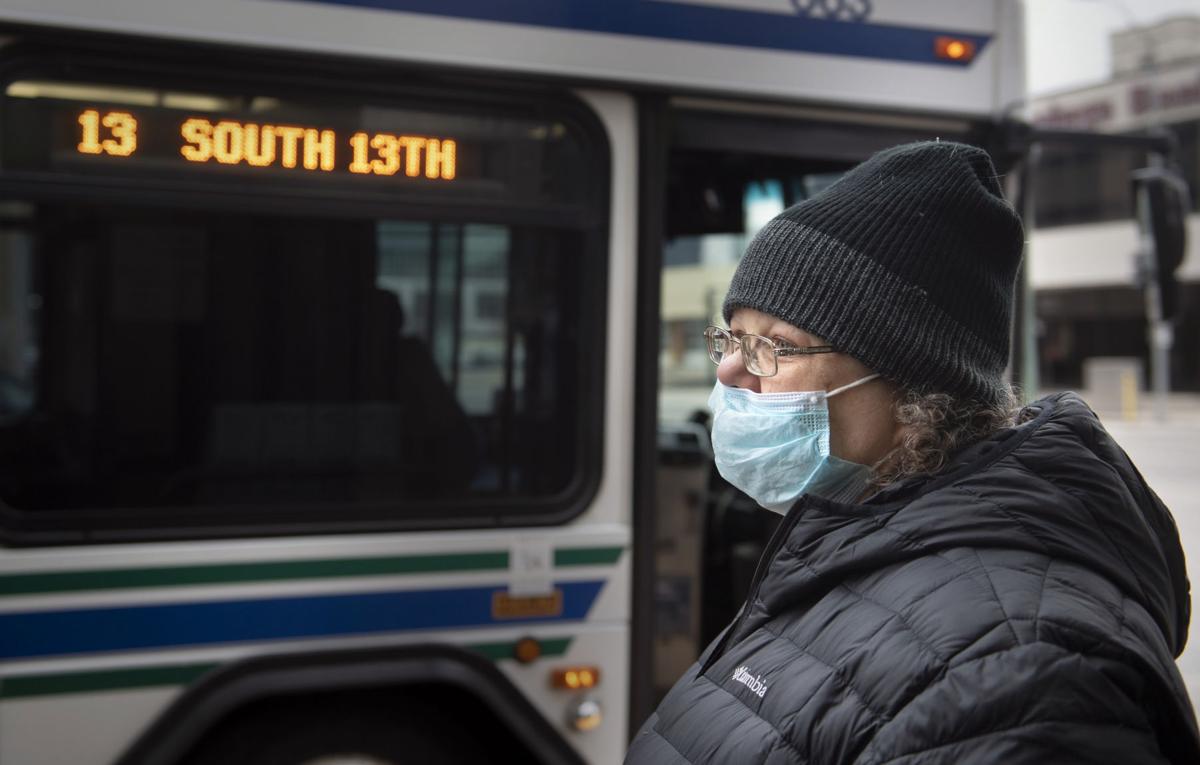 Wearing a mask for protection, Teri Stoppel waits for a StarTran bus at the Gold's Building in downtown Lincoln in March. 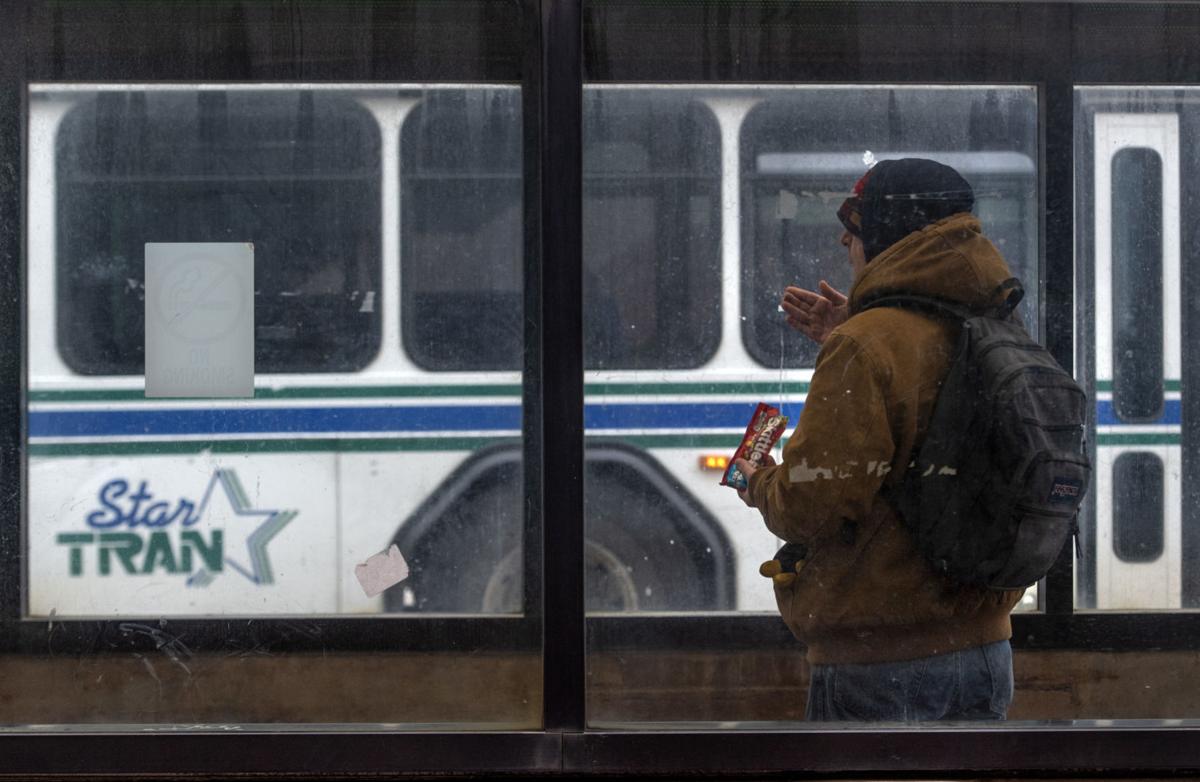 Nate Moxham waits for a StarTran bus Thursday at the Gold's Building. 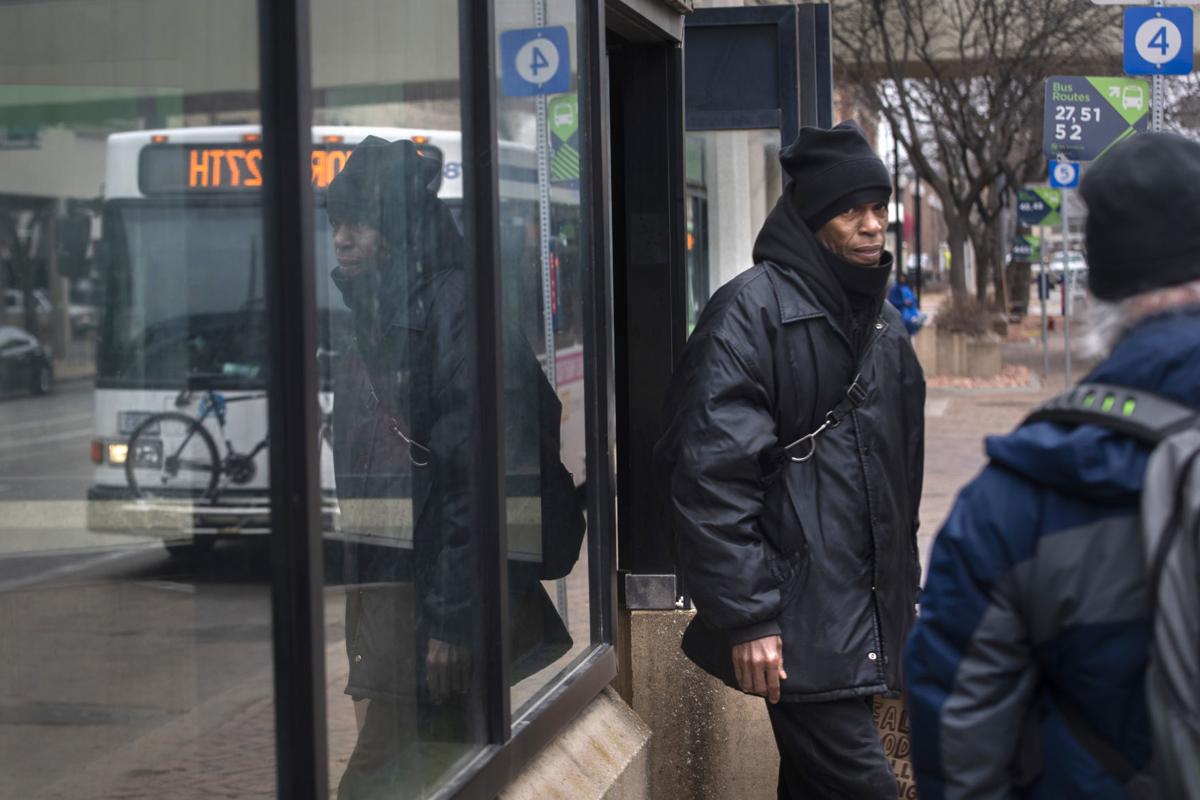 Lenny Kylen gets on a StarTran bus on Thursday at the Gold's Building. 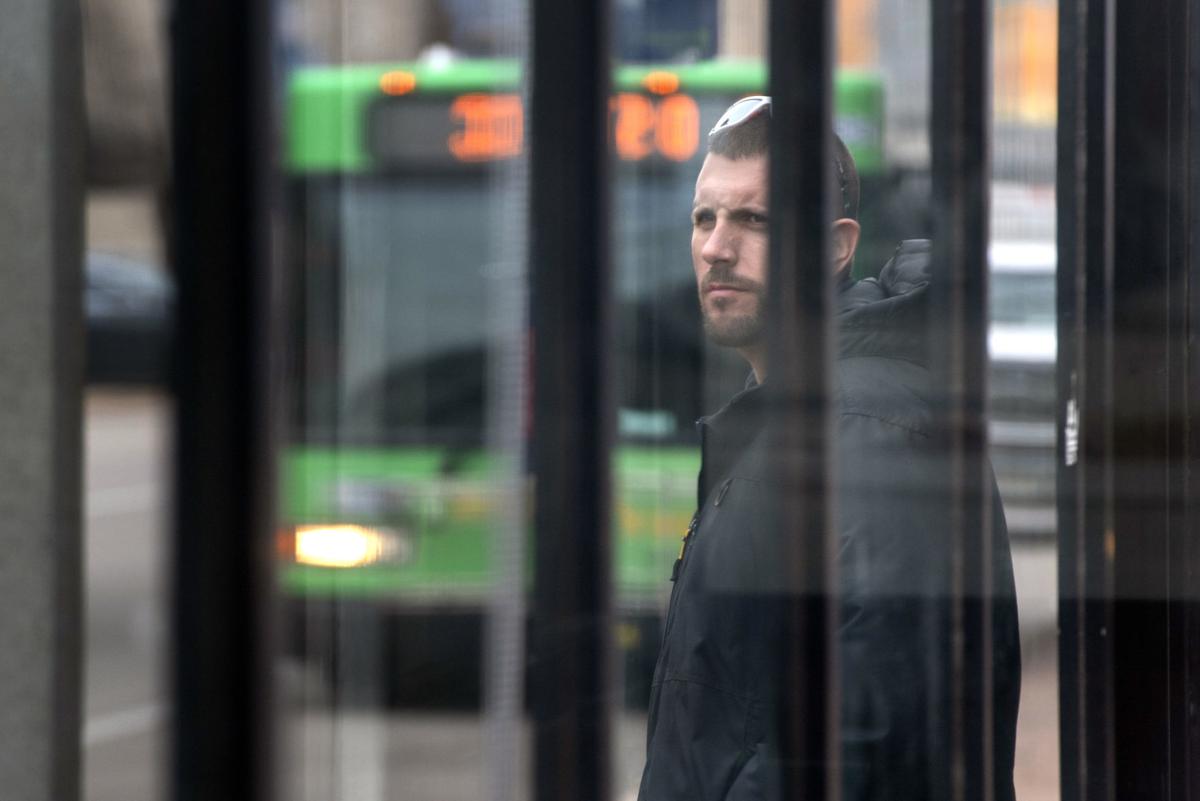 Eric Darling waits for a StarTran bus on Thursday at the Gold's Building. 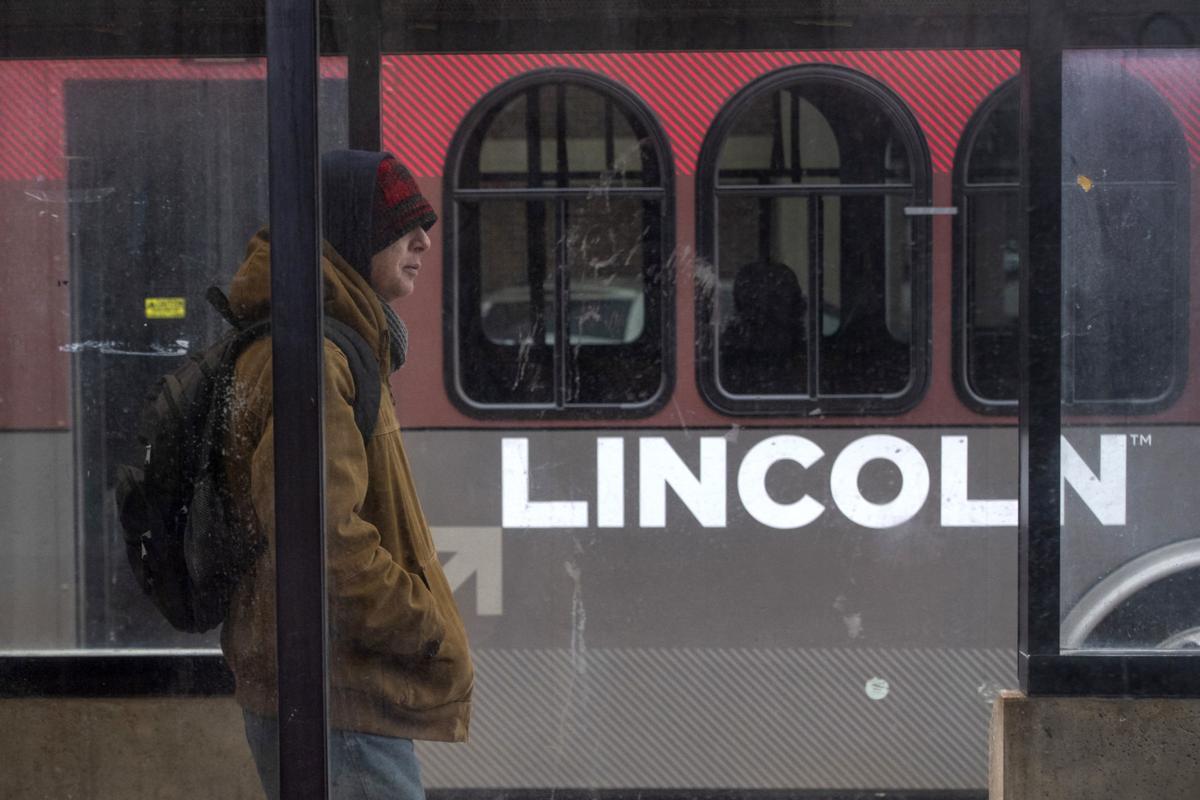 Nate Moxham waits as a trolley goes by Thursday. StarTran announced Tuesday that it will suspend its downtown trolley bus service for now.

Ridership on March 26 reached an all-time daily low of 3,200 passengers, about one-fourth of the daily average of 12,000 riders, Gaylor Baird said.

Starting Thursday, StarTran will operate using its Saturday service model, where buses generally reach stops hourly instead of every 30 minutes.

On Mondays through Saturdays, buses will run from 6:40 a.m. and finish their last route at 7:40 p.m., which is about two hours earlier than the last run for StarTran buses on weekdays. Buses do not operate on Sundays.

HandiVan rides will also be free, while operating on a reduced schedule.

"We expect that ridership will continue to decline as residents follow the social distancing recommendations to stay home and telework," the mayor said. "At the same time, we understand that public transportation is essential for many to get to work or to take care of their basic needs."

Lincoln will pilot an on-demand transportation service beginning in mid-April to help fill the gaps from the Saturday service model, the mayor announced.

Lincoln Transportation and Utilities Department Director Liz Elliott said the program, which will use vans, had already been planned prior to the pandemic, but transportation staff members rolled it out sooner because they believe it may offer needed benefits to the city's transit system during this time.

Originally, StarTran officials aimed to see its benefits for the HandiVan services, where rides are scheduled for passengers with disabilities or who are unable to ride fixed-route buses.

"However, with this pandemic, we are rolling it out to try to fill in the gaps because we do realize that this reduced bus service will cause some difficulties and challenges for some of the public still trying to get to and from work in those early hours of the day or later in the evening," Elliott said.

The project will use a mobile app allowing people to arrange transportation minutes before their ride, much like with the ride-share services Uber and Lyft, Elliott said.

As part of the overall StarTran changes, the city has suspended its downtown trolley bus service, she said.

Lincoln's changes follow those made at transit agencies elsewhere in the U.S. and the region, Elliott said.

Earlier this month, staff posted signs in buses to space passengers out throughout the buses, and on busier routes, StarTran ran two buses together to keep them from filling up beyond nine passengers in each bus, Elliott said.

Ridership has gotten so low and business closures have led StarTran to discontinue the double busing, she said.

She hopes the measures will accommodate the ridership dropoff while keeping the buses safe for the public and the drivers while maintaining a key service.

For more detailed information about the StarTran changes, riders should visit Startran.lincoln.ne.gov.

Richard Schmeling, who leads Citizens for Improved Transit, has been pushing for the city to adopt a fare-free transit system for several months after Kansas City, Missouri, did so last year.

Lincoln's change still is a big deal even if it's in response to an emergency, and it helps correct a problem, he said.

Often at bus stops during times of regular service, someone waiting for the bus doesn't have their money ready when they reach the fare box and the line gets backed up, he said.

"If we go fare-free, then you know we don’t have that congestion," Schmeling said.

Schmeling often rides buses six times a week, but said since the pandemic, he's cut back his trips into the community for groceries and other necessary errands to three days a week.

He also believes riding the bus less often decreases his risk of getting the coronavirus.

"My feeling is I’m not going to go and just ride buses for fun," Schmeling said.

Photos: The scene in Lincoln

Getting married? Lancaster County marriage licenses available by mail only

Leirion Gaylor Baird said early moves Lincoln made, such as not allowing fans at the boys state basketball tournament and closing schools, "have put us in a strong position to fight the virus."

Health department staff continue to monitor 99 people for signs of COVID-19, and 35 cases remain pending at the state's public health lab in Omaha.

Restaurant and bar owners would still need to collect and report the occupation tax revenue they owe, but they would have until June 25 to pay.

'The choices that we make': How Lincoln's movements have changed since pandemic concerns set in

The VanLNK program allows riders to hail a van by smartphone app by designating their pickup location and destination.

Wearing a mask for protection, Teri Stoppel waits for a StarTran bus at the Gold's Building in downtown Lincoln in March.

Nate Moxham waits for a StarTran bus Thursday at the Gold's Building.

Lenny Kylen gets on a StarTran bus on Thursday at the Gold's Building.

Eric Darling waits for a StarTran bus on Thursday at the Gold's Building.

Nate Moxham waits as a trolley goes by Thursday. StarTran announced Tuesday that it will suspend its downtown trolley bus service for now.