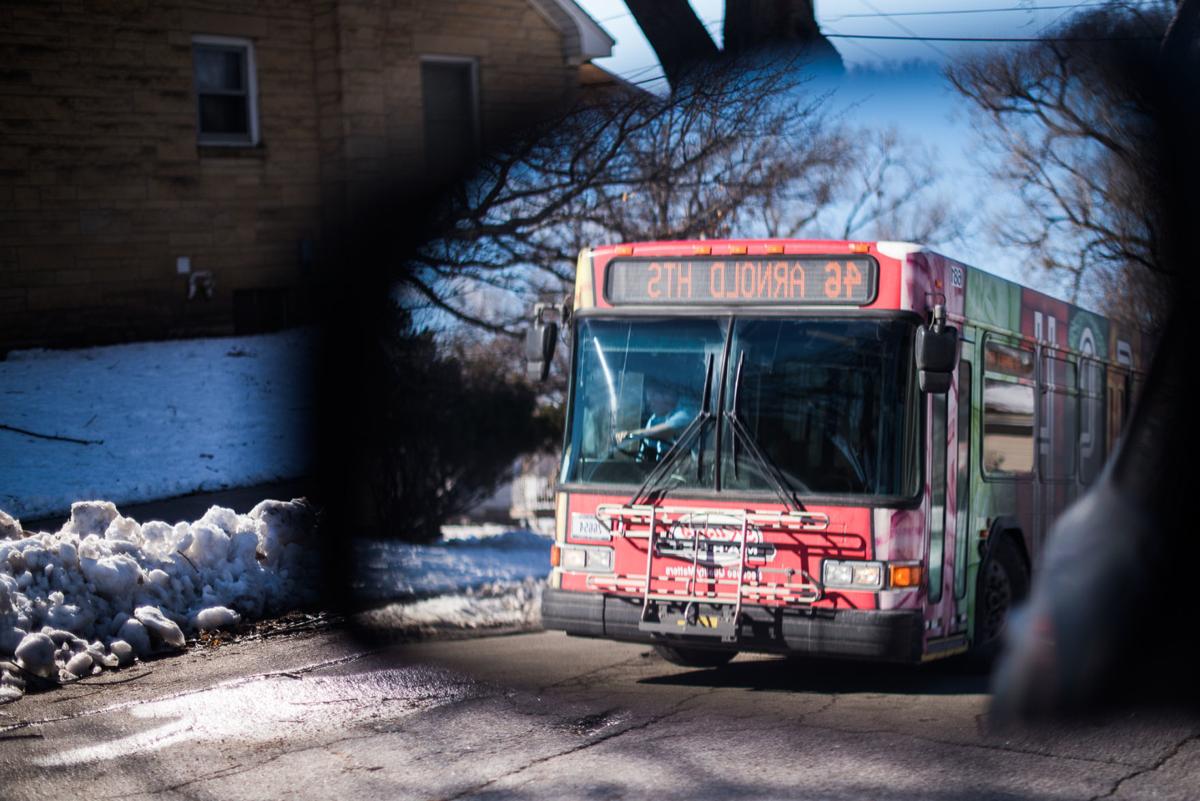 A StarTran bus, which appears reversed in a car mirror, covers the Arnold Heights route in early February. Riders of the city bus system lobbied City Council members for extended hours of operation. 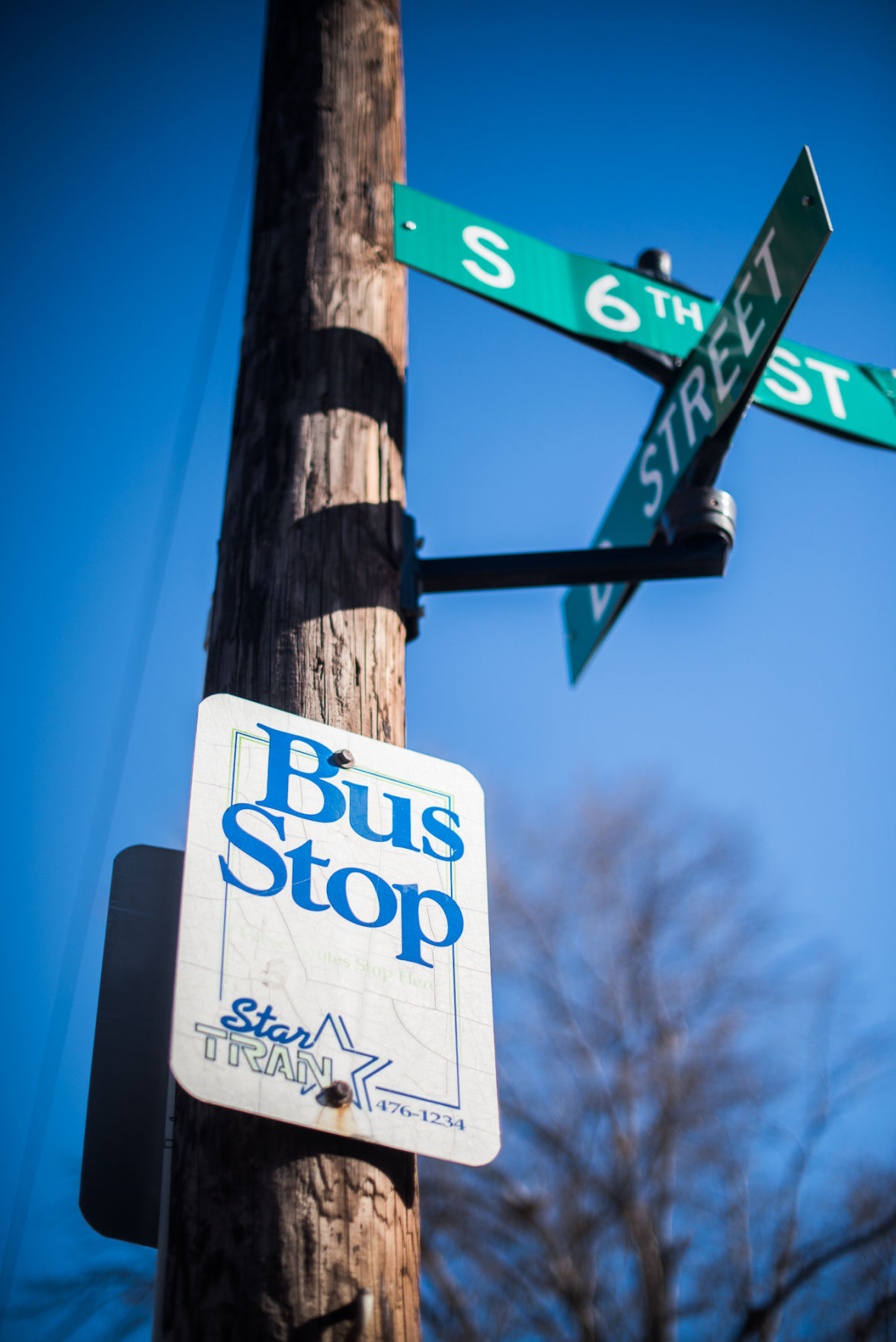 A sign marks the StarTran bus stop at Sixth and D streets.

Nicole Green doesn’t get to choose which grocery store she visits, or even what kind of entertainment she’ll enjoy.

Legally blind, she is dependent on the city’s bus system and can only travel where and when those buses can take her. She’s concerned the city isn’t willing to invest in StarTran in order to improve service, including extended hours on nights and weekends, and she wants city officials to listen to those who use the bus system.

Green joined a chorus of StarTran riders who called for increased funding Monday as the City Council was to consider route changes proposed by the bus system. The council delayed a vote on those changes until at least the March 7 meeting.

The council earlier postponed a vote on StarTran route changes at its Dec. 14 meeting.

The proposed route changes would provide more frequent service on high-demand routes, which is expected to increase ridership 5 to 10 percent within two years. But the changes also would require some people to walk longer distances to catch a bus as many buses would stay on arterials and avoid neighborhood streets.

The plan proposed by StarTran also establishes specific designated stops and ends the practice of allowing people to flag down a bus.

Councilwoman Cyndi Lamm has said she was concerned the proposed route changes don’t reflect the priorities of riders and was disappointed StarTran hasn’t made any significant changes to its plan following four public meetings on the route changes that she organized last month.

The overwhelming consensus of riders throughout the process has been that StarTran run later hours rather than stop service at 6 p.m., she said.

StarTran has proposed adding evening hours for a few routes only.

StarTran paid Nelson\Nygaard Consulting Associates $193,000 to study the bus system and offer recommendations for changes, which resulted in a 200-page study and a preferred alternative.

“Ridership will increase significantly as a result of this,” said Thomas Wittman of Nelson\Nygaard.

* Phase 5: establishment of a downtown shuttle and increased frequency of service on Routes 48 and 54.

* Phase 6: increased frequency of service to 30 minutes during peak hours on additional routes.

Wittman said more people ride the city’s buses during the day. As a result, StarTran decided it would rather invest in extending service when more riders are on buses, he said.

“Both of them are extraordinarily important,” he said, but it would require a significant investment.

Mayor Chris Beutler's administration has said any StarTran changes should not increase the city’s cost for bus services.

However, Lamm said she would like the council to consider increasing funding to StarTran during budget discussions this summer.

“We may be able to get additional funding for some of the priorities for the people of Lincoln,” she said.

“Creativity may be the answer here,” she said.

In the near future Lincoln could have 700 driverless vans and cars carting children to school, taking grandma to the doctor or the grocery sto…

The conversations and actions of thousands of Lincoln residents who board city buses each day are being recorded.

City contracts have been online for a number of years but available only to computer users in city hall. Others have to ask for copies to be s…

On a recent evening, bus riders offered mixed opinions about the plan that will guide bus system improvements over the next five years. Some described it as robbing Peter to pay Paul.

A StarTran bus, which appears reversed in a car mirror, covers the Arnold Heights route in early February. Riders of the city bus system lobbied City Council members for extended hours of operation.

A sign marks the StarTran bus stop at Sixth and D streets.