The piece features an open-holed form at its center and is made from Corten, a steel designed to form a rust-like appearance with exposure to weather, a news release said.

Benton died in San Francisco in June, and his estate donated the sculpture to Lincoln because of friendships the artist had with Lincoln businessman Robert Duncan and George Neubert, former director of the Sheldon Art Museum, a news release said.

From the 1960s through the 1980s, Benton was a university professor in California and then focused on abstract painting and making large metal sculptures late in his career, the release said.

His piece "Balanced/Unbalanced" sits southwest of Memorial Stadium on the University of Nebraska-Lincoln campus.

The newest piece in the city's public art portfolio called Vancouver, British Columbia, home from 2009 to 2011.

"This monumental piece by a well-known artist is a wonderful addition to our city's growing collection of public art," Mayor Leirion Gaylor Baird said in the release, thanking Duncan and Neubert for their work to bring it here.

It will be installed on Trago Park's west edge and surrounded by mulch, Johnson told members of the parks department's advisory group Thursday.

Its new home will be just off the Antelope Valley Trail, which crests near there, and the piece will sit high enough to be visible to drivers on Antelope Valley Parkway, Johnson said.

Public Art Lincoln reviewed several locations in the city's public art master plan and chose Trago Park, which stretches from R to Vine Street in north Lincoln, because of its landscaping and visibility.

City parks employees will help assemble and then install the piece in the park later this month, he said.

A public event to celebrate the gifted work will be held later this fall.

10 most valuable pieces of public art in Lincoln

Lincoln is home to many great public art pieces, from longstanding statues to temporary public art projects such as the bicycles or lightbulbs…

Recycling helpers, dubbed "bin buddies," are coming to a recycling drop site near you.

Residents of Lincoln and surrounding communities drove to Pinnacle Bank Arena Oct. 24-25 to see all 51 sculptures from the Serving Hands publi…

Cindy Lange-Kubick: Art for hope's sake, the Lincoln Billboard Project is on its way 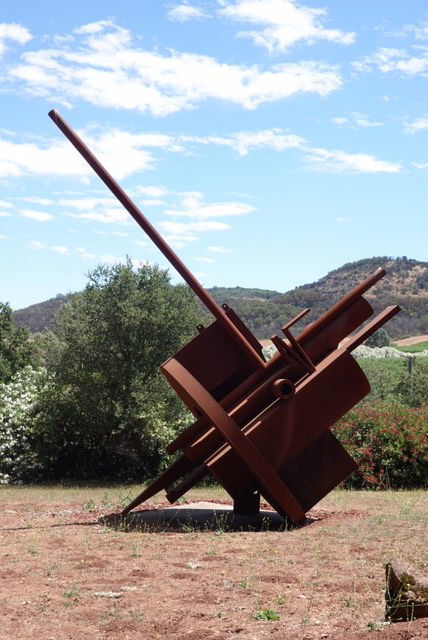 The estate of late California artist Fletcher Benton has donated his abstract sculpture “Tilted Donut No. 7” to Lincoln. It will sit atop a perch in Trago Park, just east of the University of Nebraska-Lincoln.