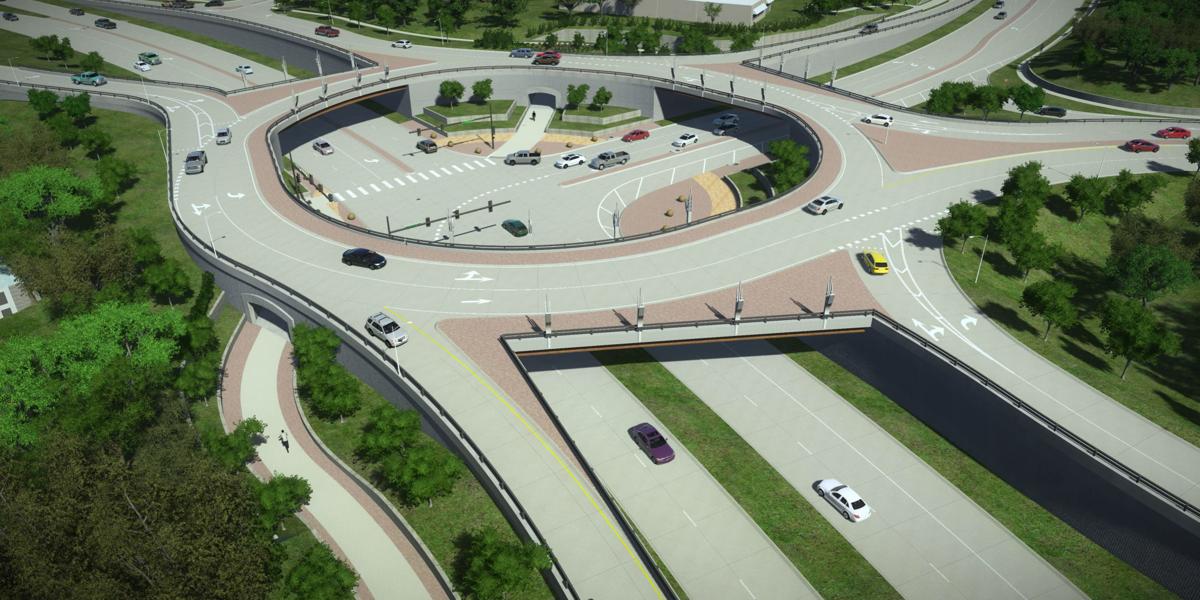 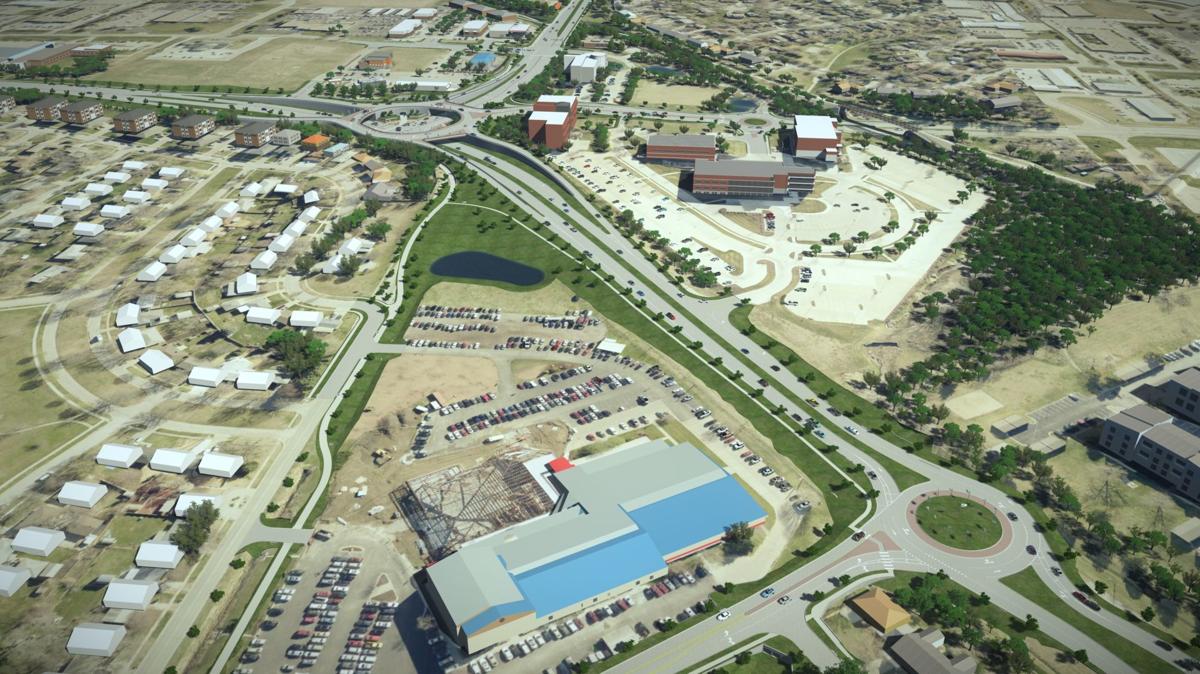 An illustration shows the design for an elevated roundabout (looking northeast) at the intersection of 14th Street, Old Cheney Road and Warlick Boulevard in southwest Lincoln.

Lincoln's controversial 14th Street and Old Cheney Road intersection improvement project has been shelved after the bids to build an elevated roundabout came back over budget Tuesday, city officials said.

A summary of the construction price quotes reviewed by the Journal Star shows the lowest of the three bids — $39.3 million from Lincoln firm K2 Construction — was 7% over the city's $36 million budget.

Graham Construction Inc. of Omaha bid the job at $43.3 million, and Constructors Inc. of Lincoln bid it at $43.7 million.

The three bids to transform a bottleneck of seven intersections into a roundabout elevated over a T-intersection were unsealed Tuesday.

"We just can’t make it happen for the amount of money that we’ve got available to commit to it," interim Lincoln Transportation and Utilities Director Tom Casady said in an interview.

The bids exceeded the city's estimate so much the city can't tinker with the plans enough to bring the costs within its budget and can't spend more without jeopardizing other planned projects, he said.

So the project is off the table for the 2020 construction season, and its future remains uncertain.

City transportation staff in the coming months will assess whether it's feasible to scale back the project's major design elements or look at a phased approach and then rebid the project, Casady said.

Effectively, the decision puts nearly $19 million in funds designated for the roundabout construction into play for other street improvements in 2021 and beyond, Casady said.

“We acknowledged that if bids came in higher than we could manage with the budget available that we would put a pause on the project," she said. "That is what we are going to do.”

If it's rebid and plans go ahead, the soonest construction could begin is 2021.

This was the closest the city had been in recent years to fixing the traffic tie-ups created by the intersections of South 14th Street, Old Cheney Road and Warlick Boulevard.

Former Mayor Chris Beutler held a design competition seeking a project that alleviates the traffic congestion there within the space constraints and ultimately selected the elevated roundabout design in July 2015.

Lincoln Transportation and Utilities officials had spent $6 million on design and land acquisition and appropriated another $3.9 million to be put toward the project.

In October, critics called on the city not to spend any more money on the project, pointing to other street repair needs.

Councilman Richard Meginnis had proposed delaying the project several years so its construction wouldn't coincide with building the South Beltway, but his ordinance lost on a narrow vote.

Council members who helped defeat his ordinance said they didn't want to derail a project that had been studied and OK'd by previous city councils.

The bidding period for the project opened Nov. 8.

About two weeks ago, before the bidding window closed, project critic Peter Katt formed the group Sensible Streets for Lincoln and spearheaded a petition drive to give voters the choice to delay the project until after the state finishes the South Beltway.

Katt, who had pledged his own money in the petition effort, didn't respond to a request for comment Tuesday afternoon.

Brinkman said the petition effort had no bearing on the city's decision to shelve the project.

Reached for comment Tuesday, Meginnis, who represents southeast Lincoln, applauded the mayor's decision to not proceed.

He called it reasonable considering the facts and, he said, Gaylor Baird "has done a good job keeping an eye out for our street money."

The project wasn't the best solution for taxpayers, but the city needs to continue working on how it can improve that area, he said.

"It's not the end of the story, but it’s the beginning of a new chapter for the intersection," Meginnis said.

Councilwoman Jane Raybould, who represents that area of town, said she planned to review the bids in an effort to see if the city could bring the project within budget.

When she heard the mayor had decided to shelve the project for now, Raybould was disappointed.

"I was disappointed for my constituents who were really hoping this would move forward," she said in an interview Tuesday evening.

The project was more than just an elevated roundabout, but seven miles of new road, three pedestrian underpasses and altogether a series of improvements in that quadrant of the city "that are long overdue," she said.

"If we don't have a solution now, we're going to have to come up with a solution in the very near future," she said.

The area is going to continue to be a problem in the city's street networks, said Casady, who drives through it on his morning and afternoon commute.

"Ultimately, a project is going to be done in this area," Casady said. "What that looks like I can’t say right now."

How traffic should move at 14th and Old Cheney

See a video of how the traffic is projected to move at 14th and Old Cheney.

The Lincoln City Council narrowly voted down an attempt to delay construction of the controversial 14th Street, Old Cheney Road and Warlick Bo…

The Lincoln City Council will decide at a hearing next month whether to postpone the 14th Street, Warlick Boulevard and Old Cheney Road rounda…

Tree removal will cause temporary street closures in south Lincoln

A portion of two streets in south Lincoln will close temporarily this week for tree removal.

Lincoln and Lancaster County have acquired the largest tract of land yet along the path of the future East Beltway.

A violation -- when the law is enforced in a few months -- is a misdemeanor punishable by fines of up to $500 and court costs for third and subsequent offenses.

Holdrege Street between 29th and 30th streets will be closed Friday for tree removal, according to Lincoln Transportation and Utilities.

An illustration shows the design for an elevated roundabout (looking northeast) at the intersection of 14th Street, Old Cheney Road and Warlick Boulevard in southwest Lincoln.