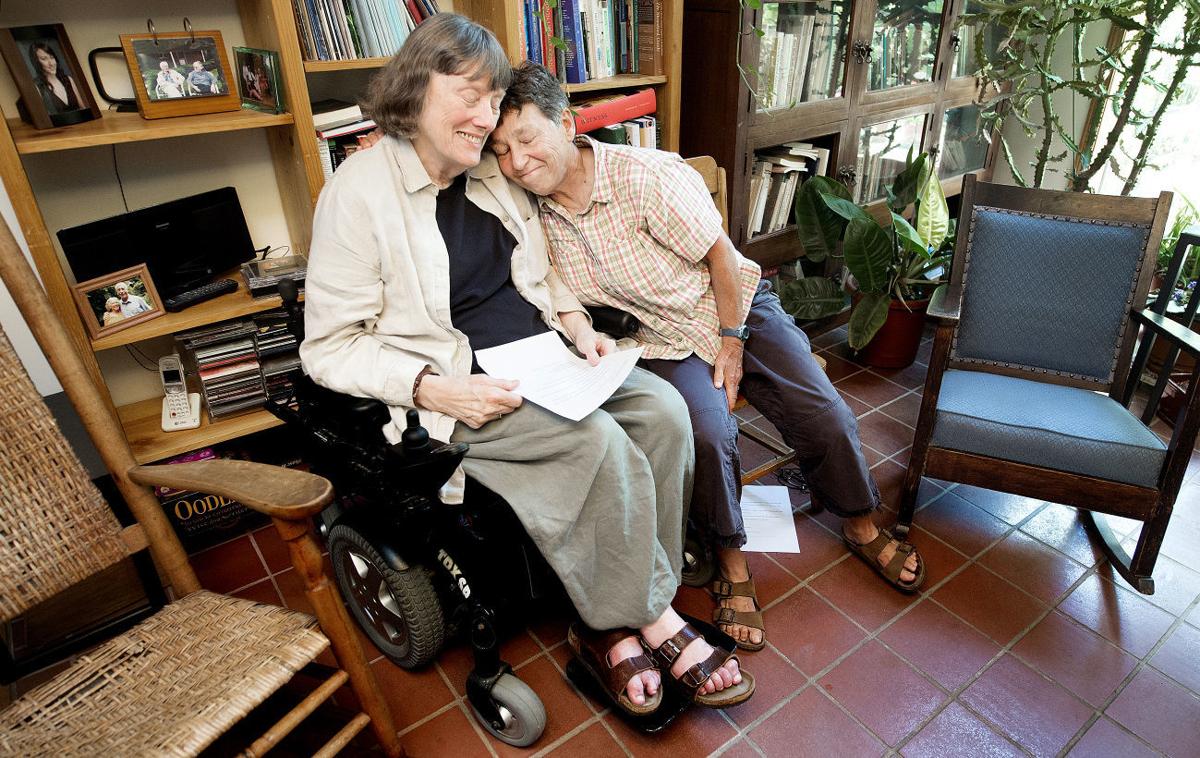 Judith Gibson (left) and Barbara DiBernard share a tender moment after getting married in their Lincoln home in June 2015 after the nationwide legalization of same-sex marriage. The two were the first same-sex couple to get their marriage license at the Lancaster County Clerk's office. DiBernard has asked the City Council to put the Fairness Ordinance on the ballot. 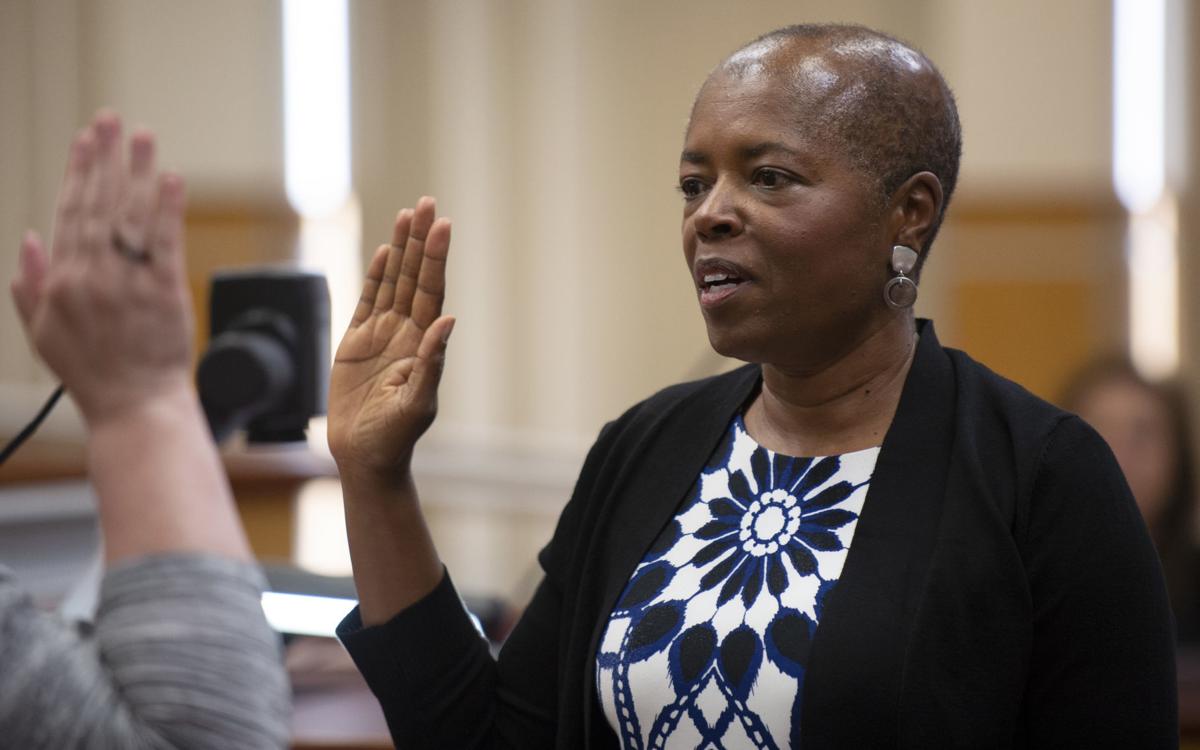 Councilwoman Sändra Washington is sworn in during a council meeting at City Hall in June.

A new Lincoln City Council with two openly gay members seated in the political majority will not vote to put the Fairness Ordinance on the ballot anytime soon.

The City Council approved the so-called Fairness Ordinance in 2012, but its opponents quickly blocked it from taking effect and kept it in a state of legal limbo where it's remained since.

The ordinance would prohibit discrimination based on gender identity or sexual orientation in employment, housing and public accommodation.

None of the members of the City Council that approved the Fairness Ordinance remain on the council, and there's also a new mayor.

The push to expand legal protections for LGBTQ people continues in Nebraska and across the country, but in Lincoln's LGBTQ community, there's a split opinion on what to do with the Fairness Ordinance.

"Some of us believe strongly that the time for a Fairness Ordinance is now," Barbara DiBernard said in a letter to the City Council late last month.

"If not now, then when, if not this way, then how?" she said in the letter.

Protecting LGBTQ people in Lincoln is important, city officials and advocates say, but putting the rights of a minority up for popular vote is precarious.

Both Councilman James Michael Bowers, who is gay, and Councilwoman Sändra Washington, who is lesbian, believe the Fairness Ordinance shouldn't be rushed to a vote because the consequences of an ill-prepared support campaign would be devastating.

"It would be better to be silent than to come out and show we’re not the community we hoped we were," said Washington, who was appointed by the council in June.

In 2012, Omaha and Lincoln city councils both debated and approved anti-discrimination measures.

But a successful petition drive led by the Nebraska Family Council and Family First gathered more than 10,000 signatures in a couple weeks and mandated the Lincoln ordinance be put to a vote of the people or retracted.

Since then, the Lincoln City Council has done neither. Meanwhile, similar bills in the Nebraska Legislature have failed.

The repeated failure of statewide efforts on the issue show the need for Lincoln's City Council to act, Bowers said during his council campaign earlier this year.

However, in an interview last week, Bowers said the council members were still getting their bearings and he was focusing his work on championing inclusiveness.

"I’m going to continue to take my direction from the LGBTQ+ community, making sure that we follow what the consensus is from that community," Bowers said.

Both Bowers and Washington said they look to OutNebraska, a local LGBTQ advocacy group, for input on this issue.

Washington said she'd need assurances from OutNebraska or another organization that the resources are there to mount a successful referendum for the Fairness Ordinance.

So far, she hasn't seen them.

And OutNebraska's attention is elsewhere.

OutNebraska Executive Director Abbi Swatsworth said the organization believes these protections are too important to handle on a city-by-city approach and that many LGBT Nebraskans who live outside Lincoln and Omaha can have more difficult lives and deserve protection too.

OutNebraska is working with the business community to foster an inclusive culture in the state with the goal of enacting a state law. But they're watching what happens at the U.S. Supreme Court in October, when a series of cases related to LGBTQ workplace protections are heard.

Nebraska Attorney General Doug Peterson joined several other state attorneys general in a friend of the court brief last week expressing opposition to lower court rulings that the prohibition of discrimination based on sex applies to LGBTQ people.

OutNebraska and the ACLU of Nebraska criticized Peterson's position as out-of-touch with Nebraskans and a setback to efforts to make the state more inclusive and attractive to prospective workers.

For the LGBTQ community, a referendum can be risky politically and costly personally, Swatsworth said.

"It is demoralizing, because the opposition to these sorts of nondiscrimination policies oftentimes will use misinformation, and they target the most vulnerable members of the community," she said.

In 2015, the year same-sex marriage was legalized nationally, voters in Houston defeated an ordinance similar to Lincoln's Fairness Ordinance by a 2-to-1 margin.

Houston was led by its first openly gay mayor at the time, and polling before the vote indicated a majority of residents in Texas' largest city supported the ordinance, the Houston Chronicle reported.

Opponents to that ordinance argued it would give men license to enter women's bathrooms and jeopardize the safety of women and girls in restrooms and, to a degree, that narrative was persuasive among some undecided voters surveyed after the referendum, the newspaper reported.

Lincoln is a tolerant place and a progressive city, Washington said.

She moved to Lincoln in the early 1990s, married her wife in 1994 and the only discrimination she's encountered because of her sexual orientation was when she tried to hire a local wedding photographer, she said.

She knows that's not the experience of everyone in Lincoln's LGBTQ community, and she believes these legal protections are important and necessary.

But referendums aren't cut-and-dried, and no one likes the idea of putting civil rights up for popular vote, she said.

Her cautious approach stems in part from her experience working to defeat the referendum in 2000 to ban same-sex marriages, civil unions and domestic partnerships in Nebraska, she said.

She recalled how many people she knew told her they supported extending these rights to same-sex couples in Nebraska, but many of those same people she talked to after the vote said they never went to the polls.

The constitutional amendment passed with 70% approval.

Lincoln's election turnout scares her, and she wants this effort to pass on the first try, Washington said.

But that takes resources she isn't sure exist yet.

"I also know that people who are dead-set against anything like this are motivated with a fire in their belly and well-lined pockets to see this defeated," Washington said.

Councilman Roy Christensen, the longest-tenured council member, said the question of how to deal with the Fairness Ordinance has repeatedly surfaced over the years.

He believes the council should rescind the ordinance and start anew, because no one on the current council voted for it.

If they did, he'd take his direction from the LGBTQ community, though he believes these rights are already protected by the U.S. Constitution as written, he said.

In a statement last week, the new mayor reiterated her support for LGBTQ workplace protections and said she'll continue to pursue "solutions that bring equality to our city and our state."

"Here in Lincoln, we need to be thoughtful about how we get this done, because we can't afford not to," Gaylor Baird said.

The Lincoln City Council should place the proposed fairness ordinance, which prohibits discrimination based on sexual orientation, on either t…

City Hall: Some want Lincoln 'fairness ordinance' on the ballot

Young, talented workers care about this issue, and Nebraska's lack of statewide legal protections puts it at a disadvantage in attracting those workers and businesses, organizers said.

Judith Gibson (left) and Barbara DiBernard share a tender moment after getting married in their Lincoln home in June 2015 after the nationwide legalization of same-sex marriage. The two were the first same-sex couple to get their marriage license at the Lancaster County Clerk's office. DiBernard has asked the City Council to put the Fairness Ordinance on the ballot.

Councilwoman Sändra Washington is sworn in during a council meeting at City Hall in June. 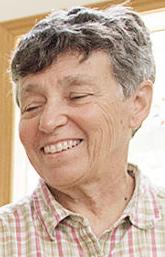