Lincoln’s bike share program will roll out with 100 bikes and 17 stations across the downtown area and its university campuses, and will be operated by the same company that runs the Omaha program, under a contract that is making its way to the Lincoln City Council.

The Lincoln program, which could be operating by this fall, will be a little more expensive than originally estimated because the city had to purchase bikes with American steel, under rules of a federal grant.

City planning staff is currently soliciting another $85,000 in private donations to help with the purchase of bicycles.

BCycle, which is owned in part by the Trek Bicycle Corp., was selected to provide the equipment and operate Lincoln's program through a bid process.

It expanded to downtown Omaha and Council Bluffs, Iowa, and now has 33 stations and 180 bikes. Last year, people used the bikes for more than 16,000 trips, said Ben Turner, coordinator of Omaha's Heartland BCycle.

Lincoln will be getting the latest in BCycle equipment, including lighter-weight bikes. The newer docking stations allow users to rent bikes using credit or debit cards, or through a smartphone app that allows for a cash option, Turner said.

The smartphone app allows the user to pay cash for the service by going through a local merchant.

Turner rode one of the 2.0 BCycle bikes that Lincoln will be getting when he was in San Antonio recently. “I rode about 18 miles on the 2.0 bicycle. It’s was a pretty smooth, easy ride,” he said.

The new bikes are a little lighter, by 5 to 7 pounds, and have about half the number of bolts as older equipment, which is better from a maintenance perspective, Turner said.

The bikes are still big and sturdy, in the 40- to 50-pound range, said Kellee Van Bruggen, transportation planner for the Lincoln-Lancaster County Planning Department.

BCycle bikes typically have three speeds and a seat that is easy to adjust. They are supposed to accommodate riders from 4-foot-8 to 6-foot-4, she said.

The Lincoln program will be separate from Omaha’s Heartland BCycle system, with its own coordinator. But people with a Lincoln bike share membership will be able to use that at any BCycle location, which includes Omaha, Kansas City, Denver and Des Moines, Turner said.

The Lincoln bike share program began with $750,000, with 80 percent coming from federal mitigation and air quality grant funds and 20 percent from local donations.

The program has raised another $200,000 in donations to cover operations for most of the next two years and part of year three, said Van Bruggen.

The program is now seeking another $85,000 to cover the additional cost of bicycles after the city's planning department found out the grant requires bikes using American-made steel.

Originally, the department believed the bikes, which are predominantly aluminum, were not covered under the Buy America rules. But the federal interpretation changed over the course of the grant, according to Van Bruggen.

The change had nothing to do with the election of the current president, she said.

The 17 station locations for the Lincoln bike share program had to meet several criteria. They could not be located on a federal highway, which eliminated O Street and Ninth and 10th streets. They had to be in the public right of way, with enough sidewalk space remaining for ADA accessibility issues. The locations had to have adequate sun, since the stations are solar-powered.

The city and BCycle are currently negotiating the contract details, and the contract is expected to go to the council in the next few weeks.

Decisions on other details, including bike color, will be made after the contract is approved, said Van Bruggen.

How to watch the last Supermoon of 2021

Lincoln’s bike share program, with 100 white bikes and 18 stations across downtown Lincoln, should be up and running in early spring.

Councilman Jon Camp thinks people should be able to ride a bike legally on downtown sidewalks as long as the bike has a bell. 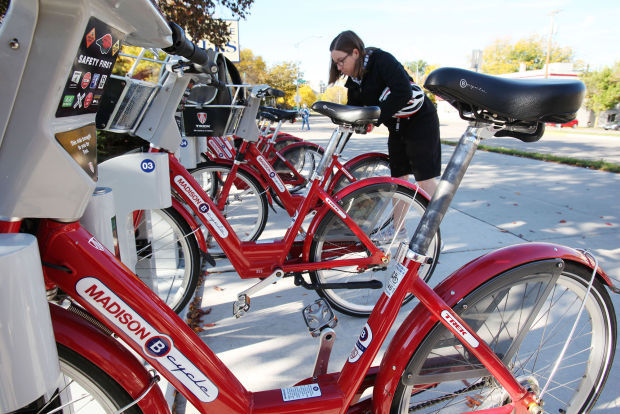 A bike share system, similar to this one in Madison, Wis., is coming to Lincoln. 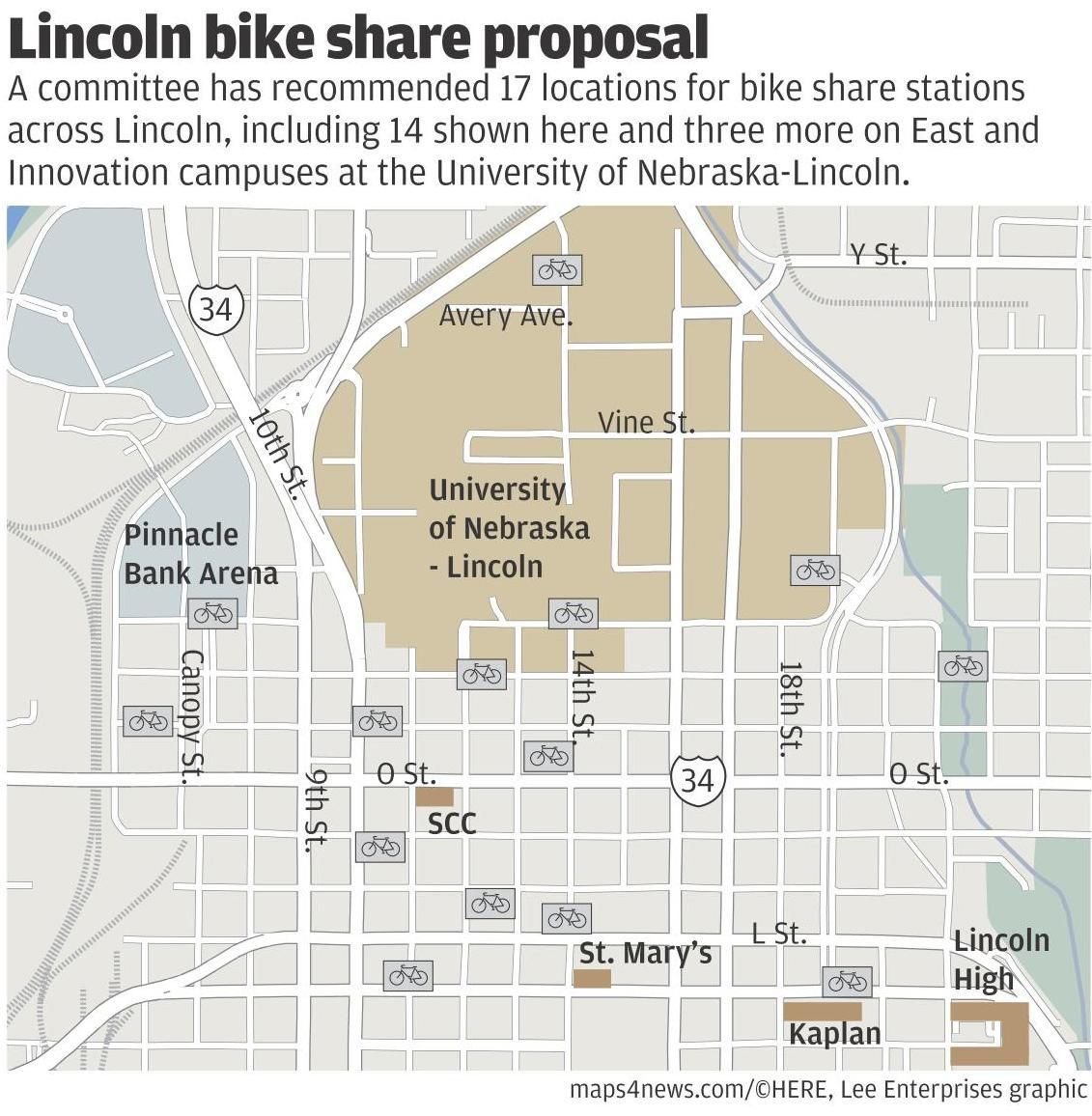