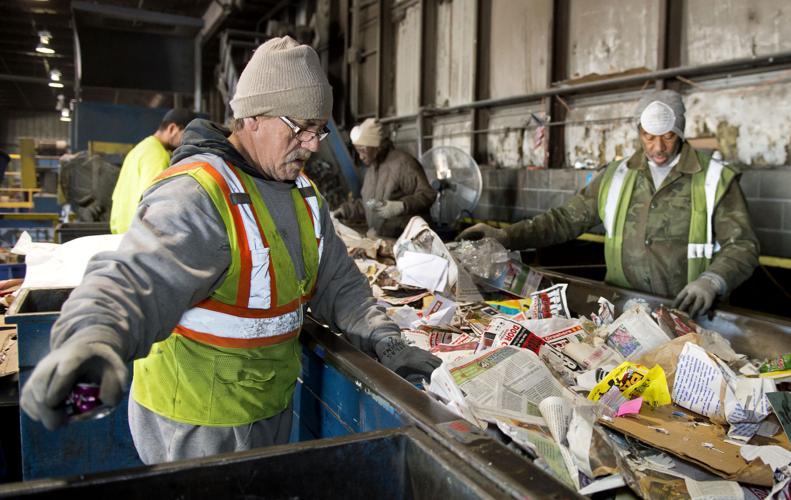 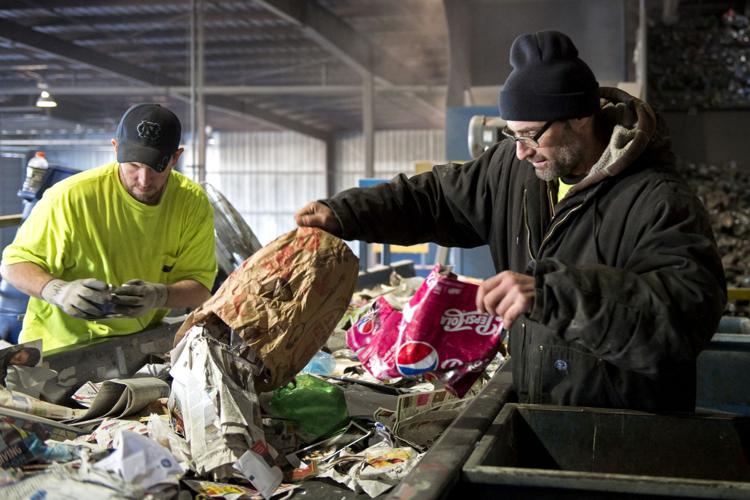 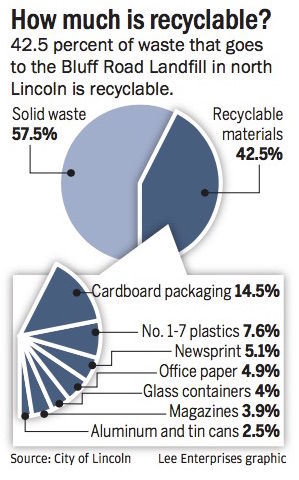 The city should ban corrugated cardboard from the landfill and require all garbage haulers to offer curbside recycling, according to a committee representing the city's private haulers and recyclers.

But Mayor Chris Beutler may offer a recycling plan that goes beyond these recommendations, according to Rick Hoppe, Beutler's chief of staff.

The administration appreciates the private haulers' willingness to ban corrugated cardboard, which looks like a sandwich with a wavy middle layer.

But perhaps the city should be preparing to also ban paper and newspaper, which, along with cardboard, makes up one-third of what goes into the landfill, Hoppe said.

It doesn't make sense to pay to bury something, when you can make money not burying it, he said.

More than 86,500 tons of recyclable material is buried each year in Lincoln's landfill, said Donna Garden, assistant director of Public Works and Utilities. That is worth around $6.7 million, based on its value on the recycling market and the savings from not having to make products from new material.

Beutler's recycling plan will be based on goals and recommendations from a 20-member solid waste task force representing private haulers and environmental groups. It finished its work in 2013.

A 10-member work group representing the private waste haulers and recyclers, which was created after the solid waste task force report was completed, proposed the corrugated cardboard ban in March 2014.

Some things in the political and recycling climate have changed since the citizens task force recommended the city create a more robust recycling program, including making curbside recycling available to all residences and businesses.

* Most of the city’s waste haulers have begun to offer curbside recycling.

* The Lincoln City Council has shifted to a Republican majority, making it more difficult for the mayor to get council approval of requirements private haulers oppose.

The smaller work group selected corrugated cardboard for a ban because there is a relatively strong and stable market for it and it is identifiable and easy to separate from other wastes, Garden said in a presentation to the Lincoln Chamber of Commerce.

The work group “was 100 percent unanimous we wanted to make this a phased-in, positive, customer-friendly expansion of recycling,” said Steve Hatten, owner of Paragon Sanitation and active member of the local Lincoln Solid Waste and Recycling Association.

“We think the mayor could live with the recommended education plus (the) ban, though it wasn’t as far as the environmentalists wanted to go,” Hatten said.

"We can be good stewards. I think recycling is good. But we should do the right things for the right reasons. We have to be smart about it," Hatten said.

The 20-member task force recommended the city reduce the amount of waste disposed of in the landfill to 1,895 pounds per capita by 2018. In 2014 it was estimated at 1,970 pounds per person per year.

Under the work group recommendation, waste haulers would be required to offer recycling services, but the city would continue its city-run recycling sites (20 in the city, eight in villages) that now take in around 4,810 tons of recycled material annually at a cost to the city of about $122,500 last fiscal year.

Residents and businesses could decide whether to contract for recycling or drop the cardboard off at a city site, Hatten said.

In February 2013, as it became apparent the task force would recommend additional recycling options, the Lincoln Solid Waste and Recycling Association sent a letter to members recommending companies start planning to offer recycling either themselves or by subcontracting it out, Hatten said.

“Most people could read the tea leaves,” he said.

So today most residents can purchase a recycling service that picks up material at the end of their driveway or they can tote it to a city drop-off site, Hatten said.

Recommendations from a 10-member group of waste haulers and recyclers:

* All haulers will be required to offer recycling to residential and commercial customers, but customers can chose what to do.

* Require data from haulers as a part of the license to determine recycling progress.

* Ban disposal in landfill of corrugated cardboard from residential and commercial waste generators.

Nebraskans in Paris for climate talks

As delegates from around the world negotiate the signing of a global climate pact in Paris this week, at least two Nebraskans will be among th…

How much is recyclable?

Recycling market is in the dumps

It is the best of times and it is the worst of times in the world of recycling, says Gene Hanlon, who runs the city’s recycling programs.

A new garbage/recycling business, Husker Refuse, has been stepping on toes all over Lincoln's garbage hauling community with an aggressive cus…