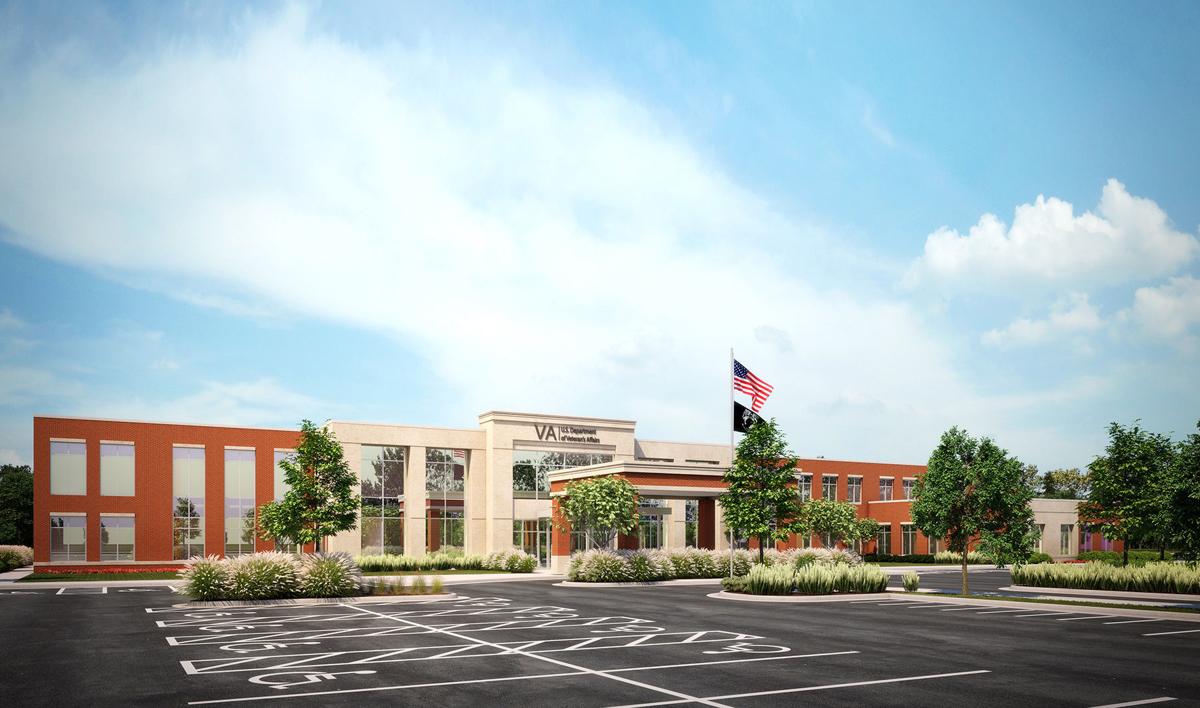 An artist’s rendering of the new Veterans Administration health clinic on the Lincoln VA campus at 70th and O streets. 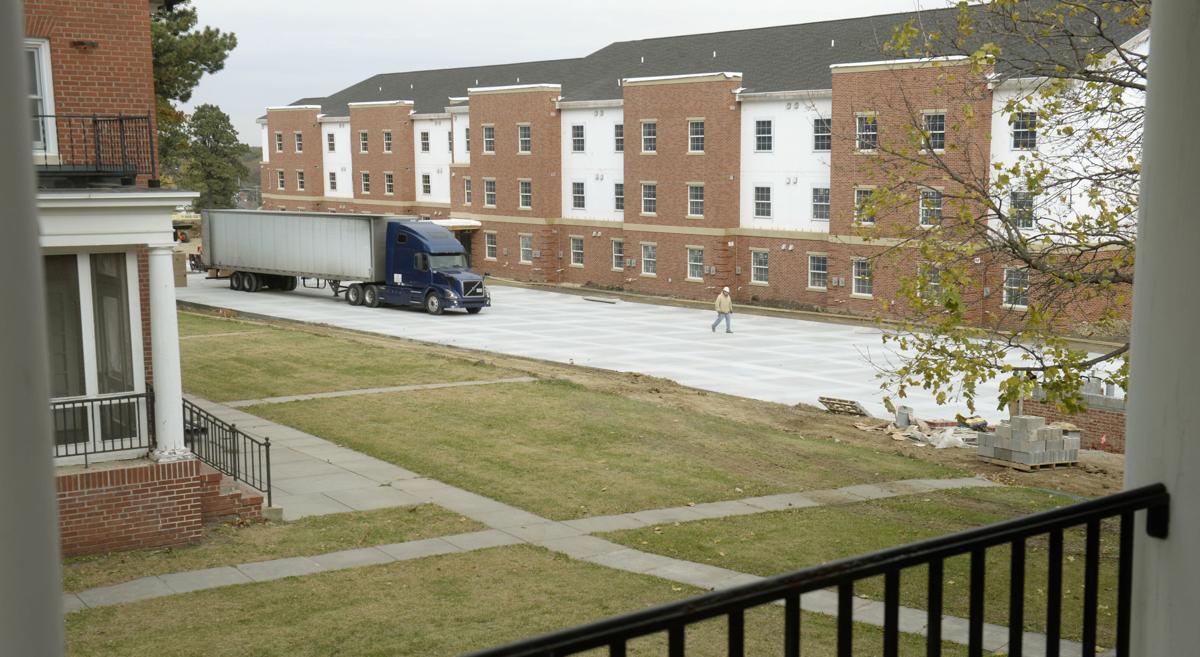 A semitrailer makes a delivery to the three-story apartment building for low-income veterans that opened on the VA campus in 2017. 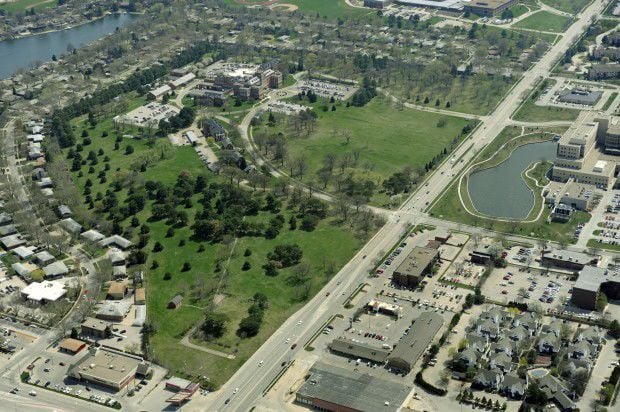 The Veterans Affairs campus in Lincoln, photographed looking southeast in 2011.

Friday's groundbreaking for a new Veterans Affairs clinic is expected to jump-start more than $100 million in development on the historic east Lincoln VA campus.

The clinic, part of the VA Nebraska/Western Iowa Health Care System, is expected to open in the fall of 2020 after about 18 months of construction.

The $23.9 million outpatient clinic will replace the clinic operated from the old VA hospital and is expected to be part of a broader development called Victory Park that will include housing for seniors and veterans.

George Achola, vice president of Burlington Capital, said the clinic signals the beginning of the Victory Park development, which will total more than $100 million. Work on Victory Park projects should begin in the next 12 to 18 months.

"I think the clinic is a signal that this is an important corner in the community, and we're going to have a very successful redevelopment on that campus," Achola said Friday.

Developers will work first on private medical office space on the campus' southwest corner, he said. Plans include renovating the old hospital for offices and apartments and building rental town houses for seniors and veterans on the back side of the 65-acre campus.

Victory Park developers waited nearly two years for a commitment from the VA that it would build the clinic on the Lincoln campus. That word came in September 2018.

The City Council has approved $8.2 million in tax-increment financing for the project.

Rep. Jeff Fortenberry and Sen. Deb Fischer were among the dignitaries turning dirt for the clinic at the campus near 70th and O streets Friday.

“This impressive community commitment required the vision of a strong team; veterans’ groups, community leaders, city and federal officials came together — to get it done,” Fortenberry said in a statement.

An apartment complex for homeless and near-homeless veterans on the campus opened in late 2017.

The redevelopment of the VA campus is a complicated arrangement with several partners. The Seniors Foundation, a local nonprofit, has a long-term lease with the federal government for the campus. Burlington Capital is the developer for the Victory Park campus and is partnering with Johnson Development on building the clinic. And Johnson Development is using B.L. Harbert International and Sampson Construction for construction.

The U.S. Department of Veterans Affairs has decided to build the Lincoln clinic at the VA campus, a decision that opens the door to further de…

OMAHA — Officials say the Omaha veterans hospital was rated in the top 10 percent nationwide after a surprise inspection.

VA is starting over on Lincoln clinic site selection

Victory Park, the hoped-for complex of apartments, rental townhomes, medical offices and clinics on the VA Campus in east Lincoln, has hit yet…

When a friend first suggested he move to Nebraska, Rich Taylor said he reacted like a typical New Yorker.

Nebraska veterans discuss what Memorial Day means to them

Though the origin of Memorial Day is controversial among historians, the practice of American citizens honoring the graves of soldiers killed …

Down but not out — Teaching Lincoln the art of safe falling

Damie Elder-Hiscock wanted a little help during labor in April. With previous children, she had received an epidural, experienced a natural bi…

While it's just around the corner from the downtown bus hub, the current site lacks parking, especially considering many seniors who use the center don't feel safe in the parking garages and some need handicap parking access, officials said.

'I have a home now': Victory Apartments adds 60 new units for low-income veterans in Omaha

One formerly homeless Army veteran — who served in the Army at Fort Bragg, North Carolina — lived under a bridge for a period. "I have a home now," he said.

An artist’s rendering of the new Veterans Administration health clinic on the Lincoln VA campus at 70th and O streets.

A semitrailer makes a delivery to the three-story apartment building for low-income veterans that opened on the VA campus in 2017.

The Veterans Affairs campus in Lincoln, photographed looking southeast in 2011.