Coronavirus update: How the Catholic Church won $1.4B in virus aid; Starbucks to require masks

"It is the duty of elected officials to protect the well-being of citizens," Kleeb said in an email. "Democrats take that duty seriously and that responsibility was on full display as they voted against a risky project that could impact water and livelihoods of family farmers."

Commissioners Christa Yoakum, Sean Flowerday and Rick Vest, all Democrats, voted to deny the permit after five hours of public testimony dominated by opposition to build the eight-barn operation on land just more than a mile from Raymond Central Junior-Senior High School.

A previous County Board on a narrow, but bipartisan, vote approved a permit for a smaller Costco-affiliated farm in southwest Lancaster County. That approval is still tied up in court.

Last week, though, the three newest commissioners rejected a project that had been recommended for approval by the Lincoln-Lancaster County Planning Commission.

The board's two Republicans, Chair Roma Amundson and Commissioner Deb Schorr, said there was precedent to approve the permit and this action would likely go to court, as the previous case did.

The Nebraska Democratic Party tweeted after the ruling that "Democrats stood up for family farmers and our water! Local elections matter."

Kleeb had called Vest, who ultimately was the decisive vote, about the issue before last Thursday's hearing.

She declined to discuss her conversation, but said she tells every elected Democrat she will never second-guess their votes.

He said he did promise Kleeb he would listen to testimony carefully, and ultimately, he "couldn't get past" the testimony about how disruptive the community felt the poultry operation would be.

Yoakum, the board's newest commissioner, is seeking election after being appointed to fill Democrat Jennifer Brinkman's seat in June. Most of the more than 50 people on hand for the hearing last week were connected to or lived in her district.

Brinkman voted to approve the other Costco-affiliated farm in September 2018 because she said she saw no legal reason to reject it.

Yoakum acknowledged the "overwhelming" feedback and number of concerns she heard from people opposed to this project in her district.

"The loudest voice does not always matter," Yoakum said in an interview.

Research cited by opponents of the latest proposed chicken farm and its possible effects on the water table, proximity to the school and the amount of truck traffic in the area influenced Yoakum's decision, she said.

"That's why just the volume of people speaking out was not really the factor," she said. "It was the information they brought forward."

It's unclear what landowners Josh and Tonya Bussard plan to do since their permit was rejected.

Lincoln Premium Poultry officials have not had time to meet with the Bussards and discuss steps, said Jessica Kolterman, the Fremont company's spokeswoman.

Other farmers wanting to work with Lincoln Premium Poultry — which processes broiler chickens for Costco — are on a waiting list, Kolterman said.

None of those prospective farmers are in Lancaster County, she added.

Nearly six of every 10 Lancaster County residents surveyed last month said they want Nebraska to get 100% of its electricity from clean, renewable energy sources by 2050.

And nearly seven of every 10 county residents reached in the same survey want the public utilities in the state to prioritize clean energy sources such as wind and solar over fossil fuels in generating energy, the poll conducted by the Nebraska Conservation Voters found.

A North Carolina-based company surveyed 427 Lancaster County voters for the poll, which had a margin of error of 4.7%.

Similar results were found in the poll's responses from 361 Omaha-area voters, a news release from Nebraska Conservation Voters said. The statewide organization advocates for policies that protect the environment.

The poll comes as Omaha Public Power District's Board of Directors is set to vote to adopt a zero-carbon goal by 2050.

"Right now elected officials in Lincoln and Omaha are looking toward the future and making decisions about how we generate electricity and prepare for climate change," Nebraska Conservation Voters Executive Director Eliot Bostar said. "These numbers should give them courage to make bold decisions that reduce carbon emissions and facilitate a quick transition away from fossil fuels."

Coal and natural gas generate the majority of electricity for LES, he said.

The utility in the last few years has added solar panels, wind turbines and methane gas from the city landfill to its energy source portfolio and will continue to add renewable sources where feasible and financially practical, he said.

$11,558.99 — The amount of total unpaid property taxes waived for three businesses from which Lancaster County hadn't been able to collect between 2014 and 2016. The Lancaster County Board signed off on the waiver Tuesday. Two companies at issue, TP Lincoln LLC, and Brix and Stone Gastropub LLC, have been dissolved.

$200,000 — The amount of money the Lancaster County Board gave to support the renovation of the four courtyard gardens at the state Capitol. The funds come from lodging taxes paid by guests of hotels in Lancaster County. Former state Sen. Bob Wickersham said the first courtyard, the southwest quadrant garden, will open in June 2020. Work to install a new HVAC system at the Capitol is dictating the construction timeline of the $1.4 million beautification effort, project officials said. Officials hope to have all four courtyards open by 2026.

16.7% — The percentage of private water wells testing positive for bacterial contamination in and around Lincoln in the last fiscal year. That's the highest rate of positive coliform results in the last five years, according to the Lincoln-Lancaster County Health Department, which inspects wells. Contamination can be affected by weather conditions, and wet years tend to have more wells with coliform contamination, a health department report said.

21st birthday party invite: Come testify about climate change at a public meeting in Lincoln with me

A University of Nebraska-Lincoln junior asked 21 friends to testify at the Lincoln Electric System board meeting on Friday about setting a goal to decarbonize its power production.

Yoakum files for election to Lancaster County Board seat

"After serving just a few short months, I am fully committed to continuing to work on issues that are important to me and to my constituents," Christa Yoakum said.

The rules, which take effect next week, make it tougher to build a new animal feeding operation in the county through more stringent setbacks. 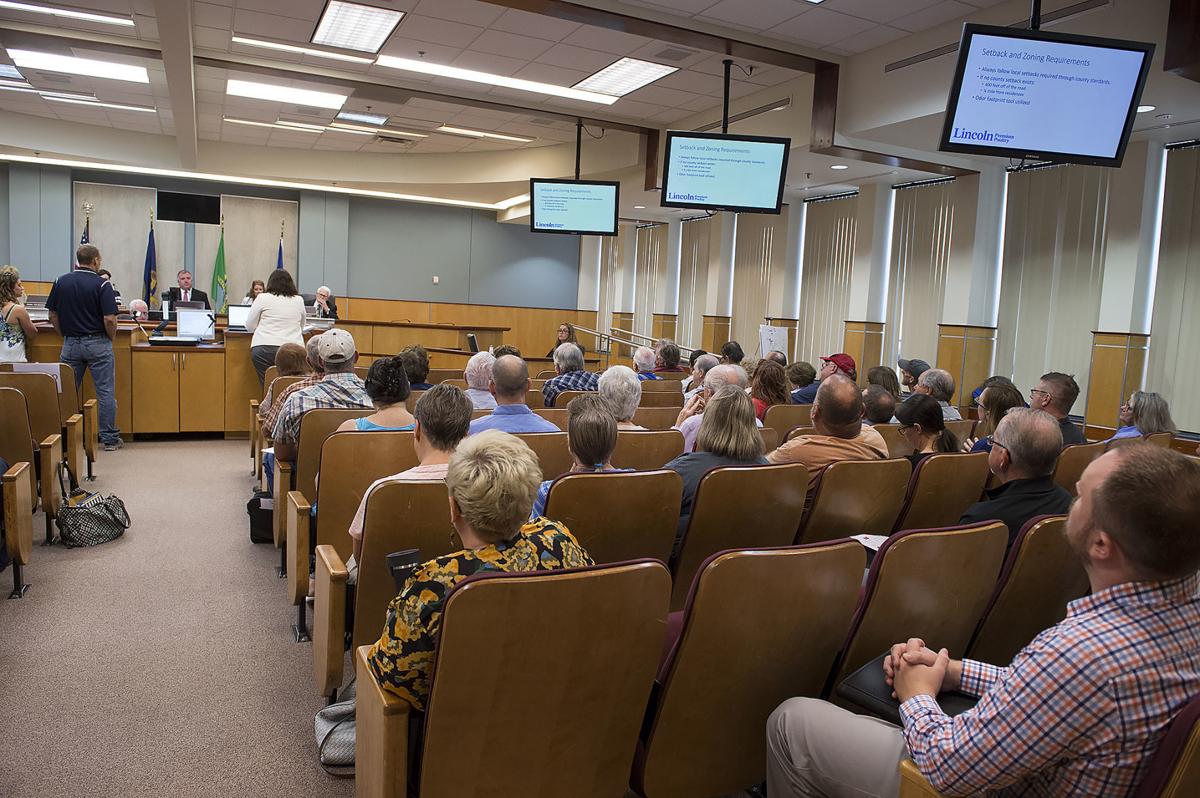 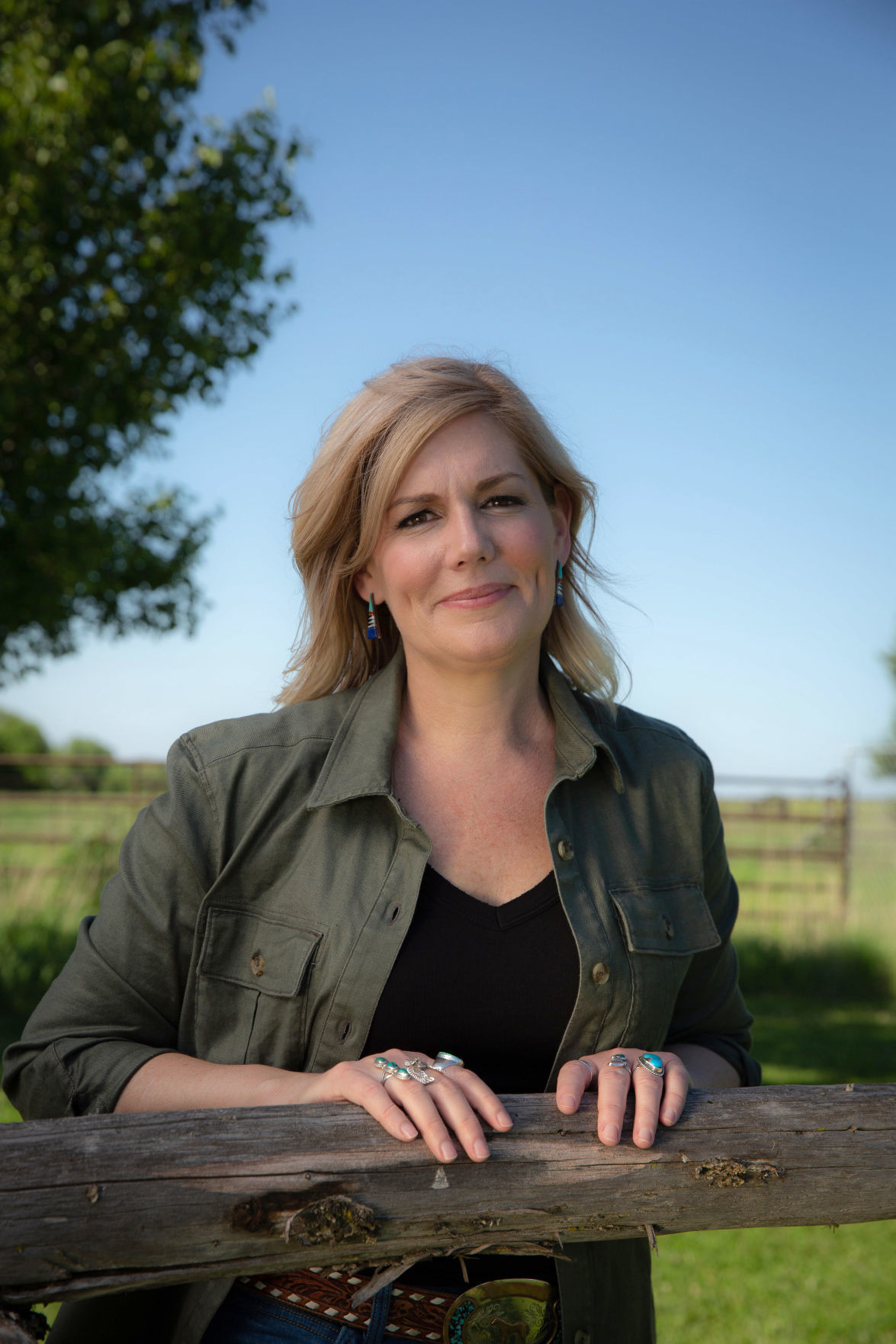