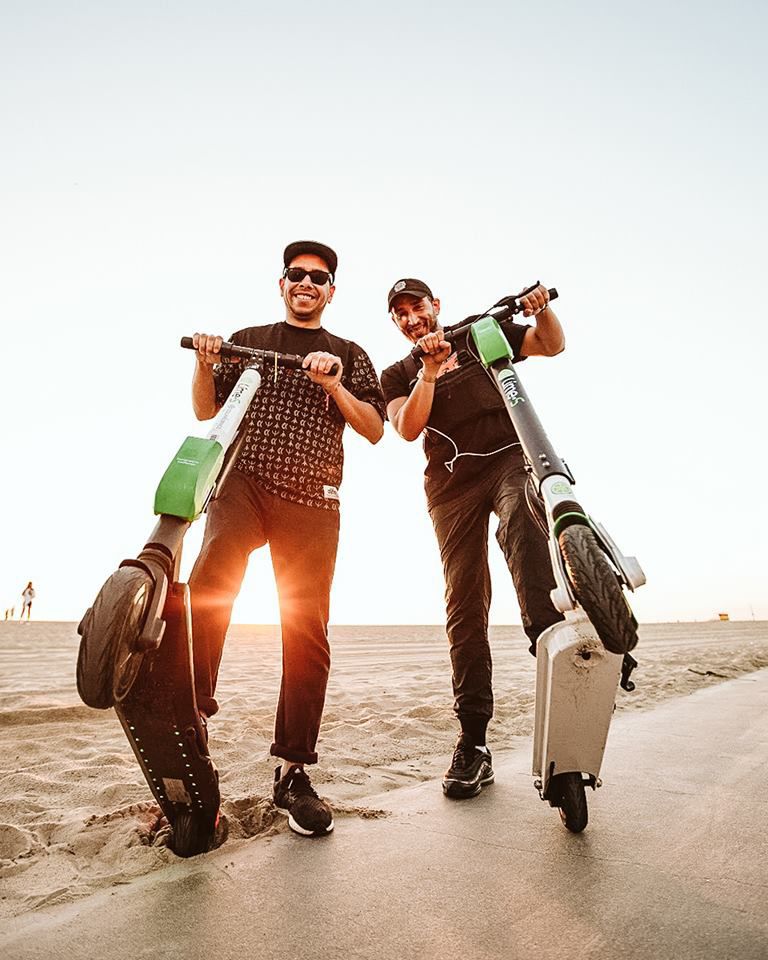 Lime is one of the transportation companies providing electric scooters to communities. 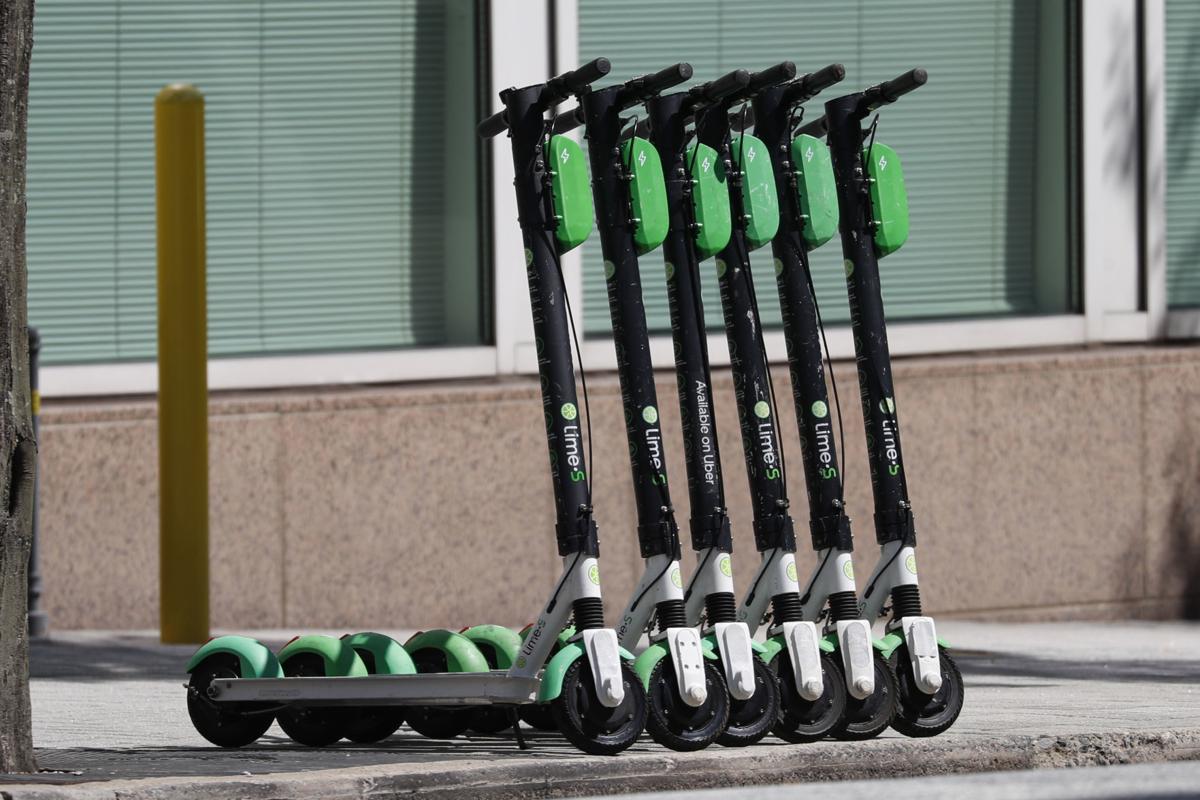 Lincoln is preparing rules to govern scooter-sharing companies that may have an interest in coming to Lincoln. These are in Atlanta.

Lincoln officials are looking up the road to their Omaha counterparts as they prepare to welcome dockless, electric rental scooters to the city later this year.

Lincoln-Lancaster Planning Department Director David Cary said he's working with the Transportation and Utilities Department to craft rules to govern the companies that might bring the transportation craze to the city. The City Council would be asked to adopt the rules.

Those rules, if approved in an ordinance, would set the parameters for how the scooters would operate in Lincoln.

The scooters are generally left in the right-of-way on sidewalks, then rented using a smartphone app.

Nationwide, some cities have banned them, confiscated them and sued the companies that own them after hundreds of operational scooters were dumped overnight in cities without warning.

Some cities have added regulations after the scooters arrived.

Atlanta recently banned electric scooters during nighttime hours after four riders died in crashes with vehicles since May.

"We definitely want to roll out the thing in a more controlled fashion," Cary said.

Scooter-sharing companies have expressed interest in coming to Lincoln, but Cary declined to say which companies.

But taking an approach similar to Omaha's may iron out some wrinkles, he said.

In January, Omaha officials announced their pilot project for scooter sharing and regulations for up to three companies to operate March through November.

There, the selected companies must pay $10,000 for a permit to participate in the project, plus pay the city 50 cents per day per scooter and 5 cents per day for each ride. Each company can have up to 500 shared scooters in Omaha during the project, with an option for 500 more.

The companies Lime and Spin operate scooters in Omaha, and they've increased the number of scooters they offer there since the project began.

Users track scooters for rent through a smartphone app that locates them using GPS. A 10-minute ride costs about $2 to $3.

In Omaha, as in Lincoln, motorized vehicles aren't supposed to be operated on city sidewalks.

And that's been an issue in Omaha.

Since it started enforcement May 20, the Omaha Police Department has ticketed 45 scooter riders and issued another 61 warnings, according to the department. Most of the tickets and all of the warnings were for driving on the sidewalk.

A nationally syndicated conservative commentator will fill the time slot that "Drive Time Lincoln" occupied for afternoon commuters listening to KLIN AM radio.

The slot had been the radio domain of Coby Mach, whose "Drive Time Lincoln" show was the city's most-listened-to show on AM and FM in recent years. Local politics and local government goings-on dominated Mach's show.

"After much consideration, we felt that our listeners deserved great and consistent programming every day," the station said in a post on its website. "The response to Mark’s show has been extremely positive. KLIN remains committed to great local radio and we will continue to pursue even more opportunities to expand our footprint in this area."

$3,770,455 — The total cost of the roughly 2.5% pay increase a majority of city workers will receive Aug. 22 following the approvals of nine ordinances by the City Council on Monday.

6 — The number of tailgates to be held at the Governor's Residence, 1425 H St., by the Ricketts for Governor campaign. The tailgates will serve hot dogs, hamburgers, brats, potato salad, other pregame fixings and alcohol. Only invited guests can attend the annual tailgates, which the City Council approved special liquor permits for Monday.

36% — The percentage increase in visits to the Lincoln-Lancaster County Health Department's Sexual Health Clinic last year over the prior year. The rates of sexually transmitted diseases chlamydia and gonorrhea continue to rise and exceed statewide and national rates, according to the health department. The highest rates are seen among 15- to 24-year-olds.

Two women appointed by the mayor to serve on the City-County Planning Commission sailed to approval this week.

Most Lincoln city workers would get about 2.5% raise under proposals before City Council

A range of Lincoln city workers, from firefighters and bus operators to clerical staff and upper management, would receive about a 2.5% pay in…

In the 2nd District: It's Ann Ashford vs. Kara Eastman for Democratic nomination this time

This looks virtually certain to be the feature race that will dominate Nebraska's 2020 primary election nine months from now.

City of Lincoln buys a restaurant to tear it down

The city isn't getting into the restaurant business.

As many as three companies could have their dockless, electric scooters on the streets in Lincoln next year.

Companies making it tougher for Omaha kids to rent scooters

OMAHA — Two companies are making it harder for kids to rent their electric scooters in Omaha, following the crash of a 9-year-old boy into the…

The Lincoln City Council approved a pilot program to bring electric scooters downtown, even as members acknowledged it could be a bad idea.

Lime is one of the transportation companies providing electric scooters to communities.

Lincoln is preparing rules to govern scooter-sharing companies that may have an interest in coming to Lincoln. These are in Atlanta.