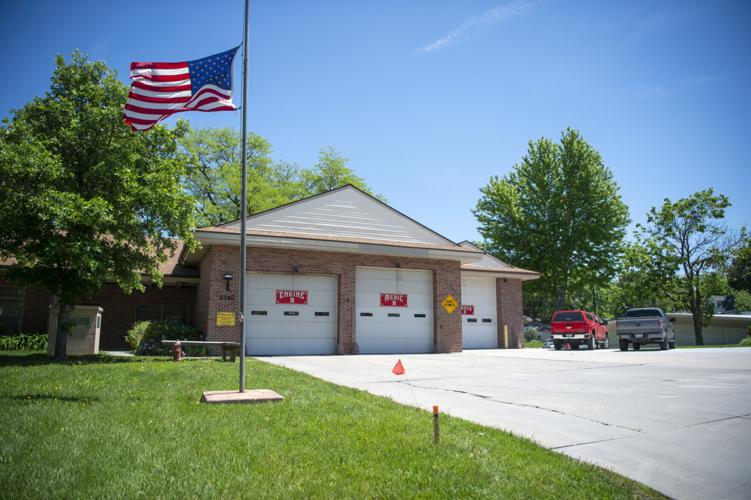 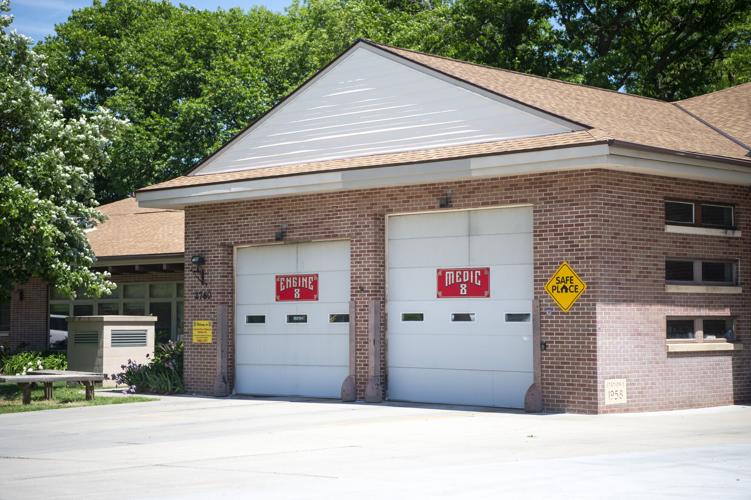 Hard as it is to think about winter at the moment, the race is on to beat the first frost at 17th and Van Dorn streets — and some trees and a basketball court are in the middle of the course.

Demolition of Fire Station 8 — scheduled to begin near the end of October to make way for construction of a new $12 million station — will be followed by some very large piles of dirt coming to the area to fill in the underground water storage cistern beneath the station.

That dirt, said Fire Chief Dave Engler, needs to get into the underground cistern before the first frost so it has the winter to settle, he said.

That means the firefighters and engines stationed there will need to move at the beginning of October. Although fire officials hoped to relocate the firefighters to various stations, including at a temporary station at the training facility at Third and South streets, Engler said the best option is to move to Station 1 at 1801 Q St.

Building a temporary station at Third and South streets proved too expensive since the area is in a floodplain and the cost to build it to code — then destroy it 18 months later — was prohibitive, he said.

The new location will be farther away, but Engler said fire trucks are often out and about and could be at the training facility or in the area of their old haunt — so the move should not affect response times dramatically.

Once construction begins, there are trees around the current fire station that will have to be cut down, Engler said, and a basketball court in nearby Irvingdale Park will have to be removed to accommodate the new building’s larger footprint.

Engler told the City Council on Monday officials planned to meet with neighborhood groups to update them on the plans.

The Lincoln Parks and Recreation Department will relocate the basketball court nearby, Engler said, and every tree will be replaced.

“I do know they’re trying to minimize (the tree removal) as much as possible, and we’ll replant one for one.”

Engler estimates construction of the new fire station will take about 18 months.

During TJ McDowell's first six months as an aide to Mayor Leirion Gaylor Baird leading the city’s One Lincoln initiative on equity, diversity and inclusion, the mayor’s office asked him to look into a parking complaint related to Juneteenth.

A woman who’d parked in the Haymarket on the newest federal holiday commemorating the emancipation of enslaved African Americans was upset that she’d gotten a parking ticket on a federal holiday.

Then other city officials noted there were two other federal holidays not included in the ordinance: Veterans Day and Presidents Day.

Juneteenth and MLK Day are both relatively new holidays, but both Veterans Day and Presidents Day appear to have been overlooked for much longer.

Veterans Day has been a federal holiday since 1938. Presidents Day, if you want to split hairs, has been a holiday since the 1800s, when the United States began commemorating George Washington’s birthday, though it wasn’t until 1968 that Congress passed a bill to move it to the third Monday in February and call it Presidents Day, which took effect in 1971.

In any case, both holidays far precede the ordinance, which was first drafted in 1954.

So call it an update or a revision, but if the City Council agrees in the coming weeks, drivers will have four more federal holidays where they can park for free.

A local political Facebook page recently decided against allowing users to share a website listing all the petition signers on a referendum seeking to have the most recent Fairness Ordinance put to a vote or rescinded.

The petitions are on file in the city clerk’s office and are public record. A group recently created a website that lists all the signers.

As a reminder, the City Council in February passed an ordinance extending protections against discrimination in housing, employment and public accommodation to include sexual orientation and gender identity (among other things). The City Council passed it, opponents gathered more than 18,000 signatures — more than enough to put it on the ballot, but the council rescinded the ordinance instead.

The purpose of the website, according to Natalie Weiss, a transgender activist involved in its creation, is as an informational tool for members of the LGBTQ community to see what business owners, insurance agents, real estate agents, landlords or others are unsupportive of extending such protections.

The website explains the purpose, along with a note saying the creators do not condone infringing on the signers’ rights, nor does it support any acts of violence.

But Jason Christenson, who has managed the All Politics is Local Facebook page since 2014, posted about why he decided not to allow people to share the website link on the page after some had sent him the link or posted it themselves: He’s not comfortable linking to a site that includes not just signers’ names, but their dates of birth and addresses.

“That seems a little too much like doxxing to me,” he wrote.

Christenson said he wants to be clear: He doesn’t think the site needs to be taken down and realizes it’s all public information, nor does he believe that the creators intended to put anyone in danger.

He was just uncomfortable linking to it on his page.

Weiss said they decided to include addresses and dates of birth to distinguish between people with the same name.

It's an interesting debate — one news organizations have had for years, long before social media revolutionized how information is shared.

City to tear down, rebuild Lincoln Fire and Rescue station at 17th and Van Dorn streets

The station, originally built in 1958 and designed to house only four firefighters, has deteriorated from antiquated to unsafe in recent years as it's housed a crew of 10, Lincoln Fire Chief Dave Engler said.

City Hall: E-scooters headed back to Lincoln, this time with a larger footprint

During the pilot program scooters were confined primarily to the downtown area but the new area will be significantly larger and include East Campus and the Near South neighborhood.

City Communications Manager Diane Gonzolas is retiring after 24 years of helping reporters and residents get information about what city government is doing; the mayor connected with a TikTok star.

The city's definition of family -- highlighted by a sober living home seeking a zoning exception -- is similar to other college towns where students often live together near campus.

Two downtown bus stops will move across the street to get out of the way of Gold's redevelopment, city fees bring in millions, and Lincoln's parking guy gets an award.

Fee increases proposed in the city's budget apply primarily to businesses – from restaurants and food trucks to tattoo parlors and child care centers.

If the City Council agrees in the coming weeks, Martin Luther King Jr. Day, Presidents Day, Juneteenth and Veterans Day will be added to the city's list of free federal holiday parking.

Lincoln's mayor proclaimed Wednesday Otoe-Missouria Day to recognize the tribe's ancestral lands in and around Lincoln as part of an effort to reconcile a painful past and forge new relationships.

Roughly 200 people filled an Omaha conference center Thursday to take in and pitch ideas for $335 million worth of recovery dollars earmarked for underserved areas of the state.

A portable classroom will be used as a temporary space for people police ticket for DUI or pick up for being intoxicated to wait for someone to pick them up.

The landscape architect for Pioneers Park and the Capitol and the Pershing mural artist were among those who submitted designs.

Lots platted before 1953 with more than one house on them can now be subdivided and sold separately, a change intended to increase affordable housing in Lincoln.