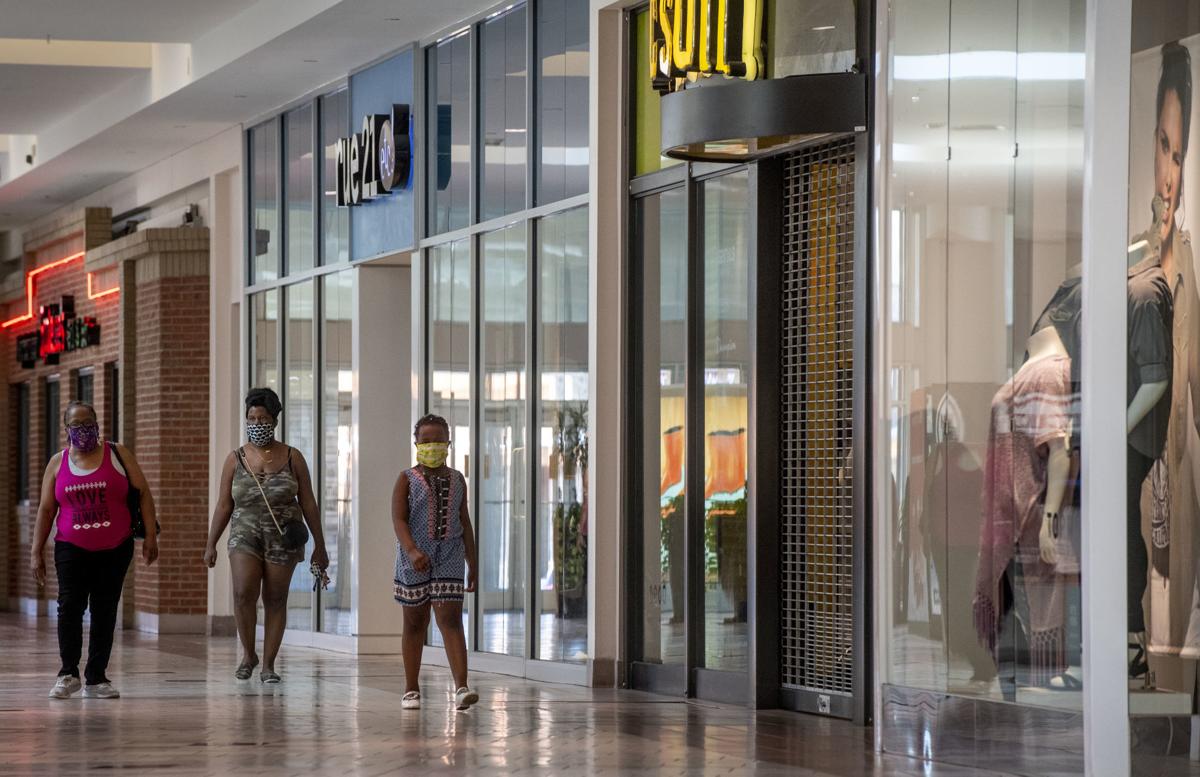 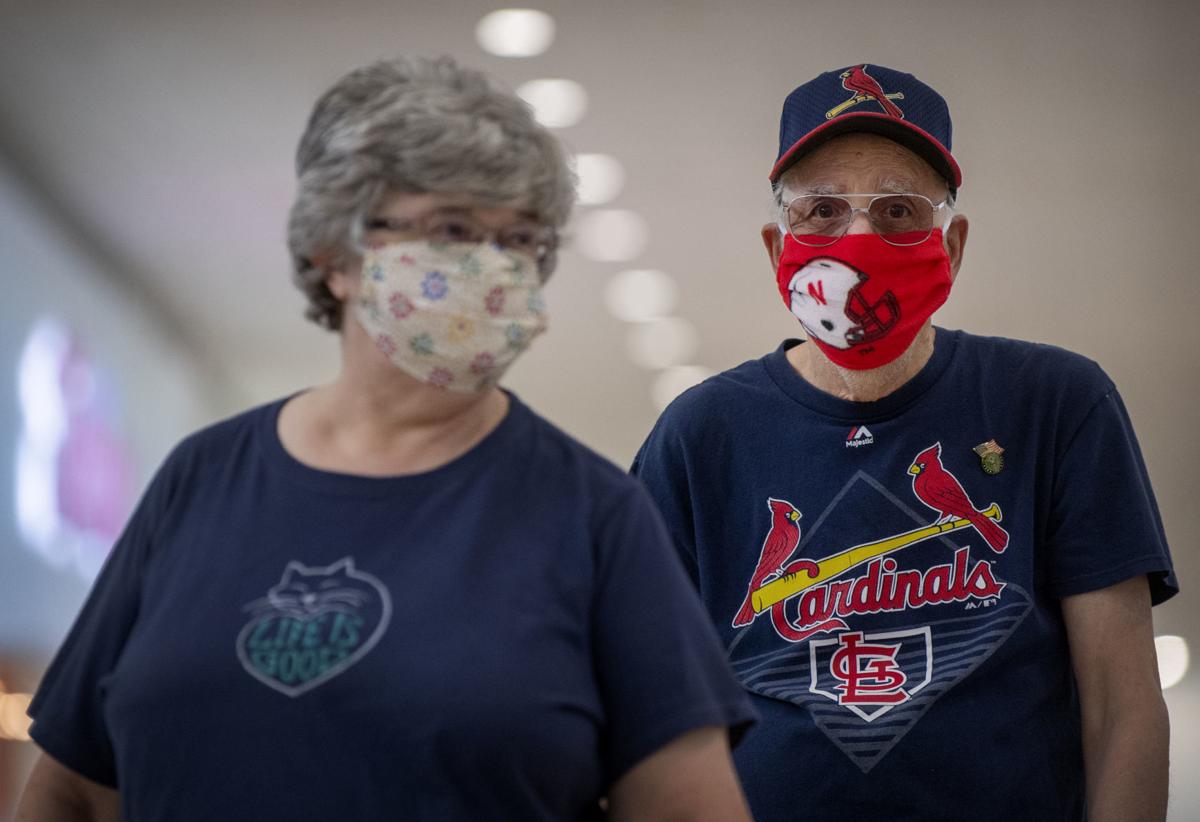 Wearing masks for protection, Les Williams (right) and wife Phyllis Maurer took advantage of the reopening of Gateway Mall to walk inside on Friday, avoiding the high pollen counts. 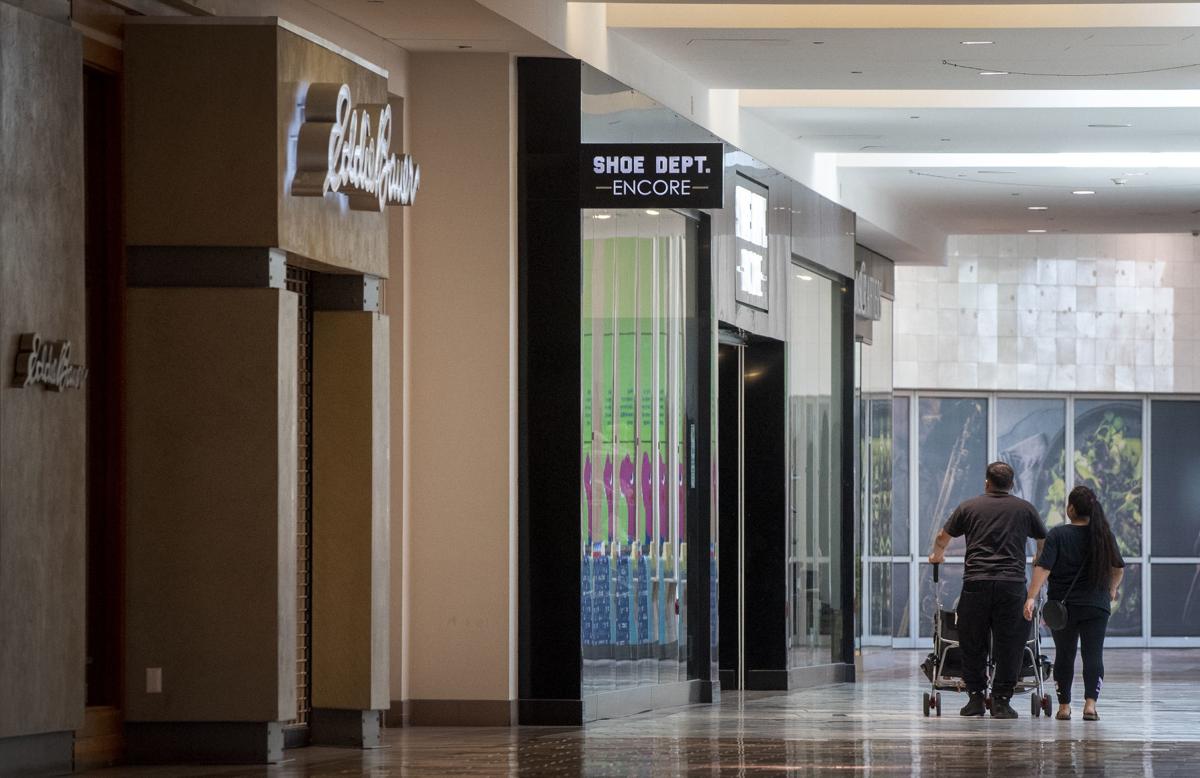 Some stores at Gateway Mall reopened on May 1. As more businesses reopen across Nebraska, Chamber of Commerce leaders are launching a program called Be Safe Nebraska. 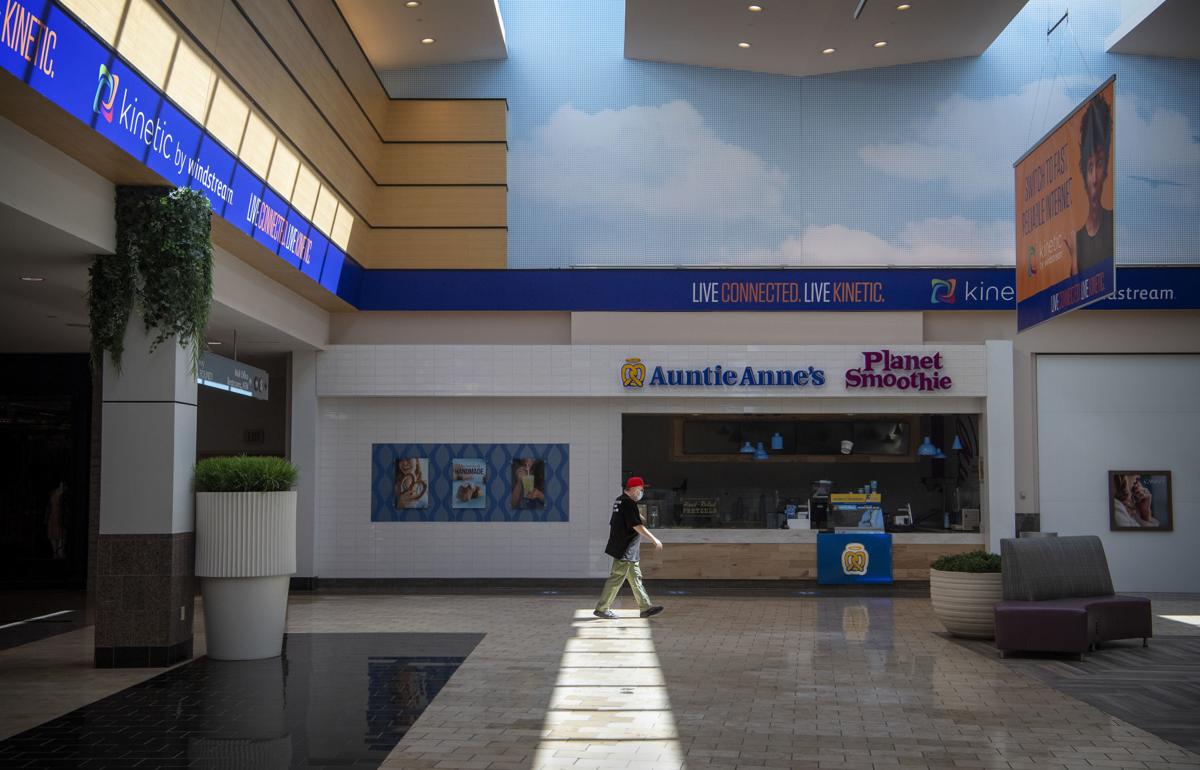 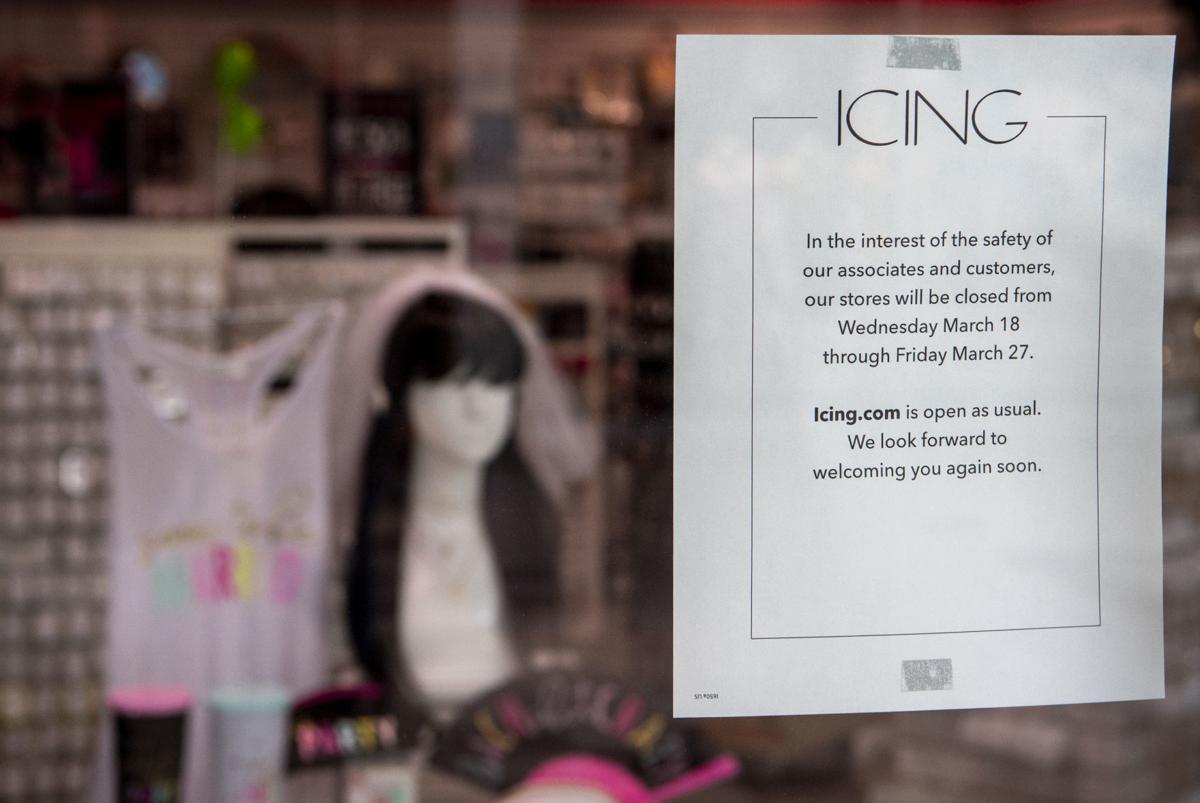 Although Gateway Mall reopened Friday, May 1, some stores -- like Icing -- remained closed at mid-afternoon.

Mary Stevens walked down a Gateway Mall corridor Friday afternoon, hitting the shopping center on O Street a couple of hours after it had reopened.

“I have to get presents for Mother’s Day and a birthday,” Stevens said. “I thought I’d come in, do what I need to do and get out of here. I just have one store I need to go to.”

Stevens was among a couple of hundred shoppers, at most, who were at Gateway mid-afternoon. The mall, which closed March 23, reopened at 11 a.m. Friday. There were about 150 cars in the mall parking lots at 1 p.m., and fewer by mid-afternoon.

By late afternoon, 24 stores and restaurants were open, a number that included Dick’s Sporting Goods, which had reopened a couple of weeks ago, and Dillard's, which never closed.

But it appeared the mall's larger stores were no busier than the smaller shops, which often had just one or two shoppers, if any.

The reopening of Gateway, and Nebraska Crossing Outlets near Gretna, on Friday marked a milestone of sorts in what is expected to be a slow march to normalcy as cases of the coronavirus continue to grow in Nebraska.

Unlike some businesses, malls were never ordered to close in Nebraska, with SouthPointe Pavilions in Lincoln and Village Pointe in Omaha remaining open over recent weeks, even as most of their stores made individual decisions to close.

But Friday's reopening, just days ahead of the easing of restrictions on worship services and elective surgeries statewide and restaurants reopening to dine-in service in the Omaha area and more than 50 rural counties, offered a glimpse of how comfortable Nebraskans will be going out in public.

Management with Nebraska Crossing posted that 11 stores were open to the public on Friday, with more stores set to open their doors soon.

At Gateway, one of the busiest stores at mid-afternoon was Finish Line, where a steady flow of people walked in to check out the selection of athletic shoes.

Outside Finish Line was Jeremiah Jones, at the mall on his day off. So why did he come to Gateway on Friday?

“Sick of sitting at home,” he said. “Wanted to get a new pair of kicks. My wife’s at work. I’ve got nothing to do.”

Restrictions in Lincoln to be scaled back beginning May 11

Jones wasn’t wearing a mask and said he wasn’t concerned about visiting the mall.

“If I get sick, I’ll deal with it. I don’t want to make anyone else sick. But I have to check myself, temperature and everything, every day for work. So I know I’m healthy.”

Stevens was one of slightly more than a dozen people seen wearing masks Friday afternoon, about 1 in every 10. Employees at all stores, however, were wearing masks.

Only Charley’s Philly Steaks was serving at the food court, and that was for carryout only.

The food court itself is blocked off by fencing, all the chairs sitting upside-down on the tables.

The number of shoppers had remained fairly steady in the hours since the mall opened, according to two employees who were not permitted to speak on the record by corporate policy.

About 10 minutes after heading to the store, which she wouldn’t name for fear of giving away the presents, Stevens was walking back toward JCPenney, empty-handed.

“It wasn’t open,” she said. “I should have called ahead.”

Photos: The scene in Lincoln

Warren Buffett remains optimistic in the long-term future of the United States, even as Berkshire Hathaway reported a nearly $50 billion loss for the first quarter.

Dakota County on Saturday reported its second death from COVID-19, and the person is believed to have been a worker at the Tyson Fresh Meats plant in Dakota City.

Runza Restaurants chose not to reopen its dining rooms in Omaha or anywhere else where the directed health measures were relaxed. "We are taking a slower approach to reopening," a spokeswoman said.

The Bourbon Theatre provides a perfect example of the impact of the forced shutdown on venues. The largest downtown venue with a regular slate of concerts has had 46 shows canceled or postponed.

Side effects: A look at just how bad things have been for some Lincoln businesses amid COVID-19

Information contained in property tax protests gives a rare look into what kinds of declines some national companies are seeing in Lincoln.

Wearing masks for protection, Les Williams (right) and wife Phyllis Maurer took advantage of the reopening of Gateway Mall to walk inside on Friday, avoiding the high pollen counts.

Some stores at Gateway Mall reopened on May 1. As more businesses reopen across Nebraska, Chamber of Commerce leaders are launching a program called Be Safe Nebraska.

Although Gateway Mall reopened Friday, May 1, some stores -- like Icing -- remained closed at mid-afternoon.