Pansing Brooks, a Lincoln state senator, held the early lead, but Flood edged ahead during the second hour of vote-counting and steadily moved into position to claim the seat vacated by the resignation of Rep. Jeff Fortenberry in March.

Fortenberry, who hails from Lincoln, resigned following his conviction on charges that he lied to federal officials about illegal foreign contributions to his 2016 reelection campaign, setting the stage for the first special election in the district since 1951.

The Associated Press declared Flood the winner at 10:25 p.m. Tuesday.

“Nebraskans made their voices heard loud and clear,” Flood said Tuesday night during his election night party in Norfolk. “Tonight they sent an unmistakable message to Washington that America is on the wrong track.”

Lancaster County was the only 1st District county to hand its support to Pansing Brooks, who urged voters in the final days of the campaign to "fight back at the ballot box" in support of women's rights in the wake of last week's U.S. Supreme Court ruling overturning the 1973 decision in Roe v. Wade that had guaranteed a woman's right to choose to have an abortion.

Voters in Bellevue also gave Pansing Brooks an early lead until other precincts in Sarpy County turned the tide in favor of Flood, leaving Lancaster as the only one of the dozen counties that are totally or partially in the district to give her a majority.

Flood, a former speaker of the Legislature, won by huge margins in a number of counties, gathering 80% of the vote or more in six counties, including Madison County, his home territory.

Flood will fill the remaining six months of Fortenberry's term, and Flood and Pansing Brooks will square off again in November to serve a new two-year term beginning in January.

Both won primary election nominations in May and were chosen to compete in Tuesday's special election by party leadership.

Pansing Brooks told supporters at her election night party at Alchemy in Lincoln that she was not discouraged and their work continues.

With Republicans in reach of achieving a House majority in November, House Minority Leader Kevin McCarthy of California came to Lincoln to campaign for Flood in advance of the special election. If Republicans seize control of the House, McCarthy is positioned to become speaker.

During the campaign, Flood pledged to "fight the Biden-Pelosi agenda at every turn."

“It’s time for a change in leadership,” he told his supporters Tuesday. “Nebraskans are ready for action that reflects common sense, conservative values that have made our state and our nation great.”

Democrats have not won a 1st District House contest since 1964; since then, it's been 29 straight GOP victories, counting Tuesday's special election. Republicans hold a voter registration advantage over Democrats that exceeds 94,000.

A rematch in November to serve the next two-year term is likely to center on the new incumbent's voting record.

The two candidates expressed stark differences on abortion rights during the closing days of the campaign.

Pansing Brooks said "a majority of Americans and Nebraskans do not agree that abortion should be illegal."

Flood praised the Supreme Court for "returning abortion-related policy decisions back to the states and the people where they belong."

Gov. Pete Ricketts, who is considering calling a special session of the Legislature later this year to consider legislation banning abortion in Nebraska, will appoint a new state senator to succeed Flood.

Fortenberry sentenced to probation for lying to federal agents

The top contenders in Nebraska's Republican gubernatorial primary shelled out the big bucks in the days leading up to the May 10 election, according to the latest round of campaign finance reports.

Whether the Legislature will meet in special session this year to consider an abortion ban may be increasingly iffy.

Ricketts' comments came in response to a question regarding a Tweet by Republican gubernatorial candidate Jim Pillen. "We need to put God back into our schools," Pillen tweeted.

A day after getting two years’ probation, community service and a $25,000 fine, former U.S. Rep. Jeff Fortenberry filed notice he will appeal his convictions and his sentence.

The special election between Mike Flood and Patty Pansing Brooks revealed the potency of abortion as an election issue. Will it remain as powerful a motivator when they meet for a rematch in November?

Congressman-elect Mike Flood is centering on efforts to help Lincoln address its future water supply needs and continued development of UNL as he prepares to take his seat in the U.S. House later this month.

After a special congressional election that divided rural and urban voters in eastern Nebraska's 1st Congressional District, Mike Flood and Patty Pansing Brooks will do it again in November.

Flood will take his oath of office at the U.S. Capitol.

Bereuter said it's important Trump never be elected again. "It is clear that he was not qualified to be president in terms of knowledge, temperament, judgment and the lack of a moral compass," he said.

The sudden takeover of the Nebraska Republican Party by conservative activists could impact gubernatorial race and strength of the GOP.

Firefighters wade through deep floodwaters to save truck swamped by Ian

Firefighters wade through deep floodwaters to save truck swamped by Ian 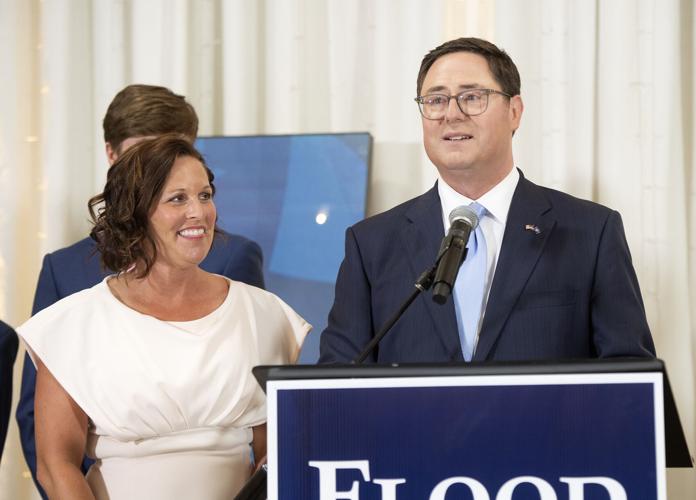 Mike Flood delivers his victory speech as wife Mandi watches at an election night party on Tuesday in Norfolk. 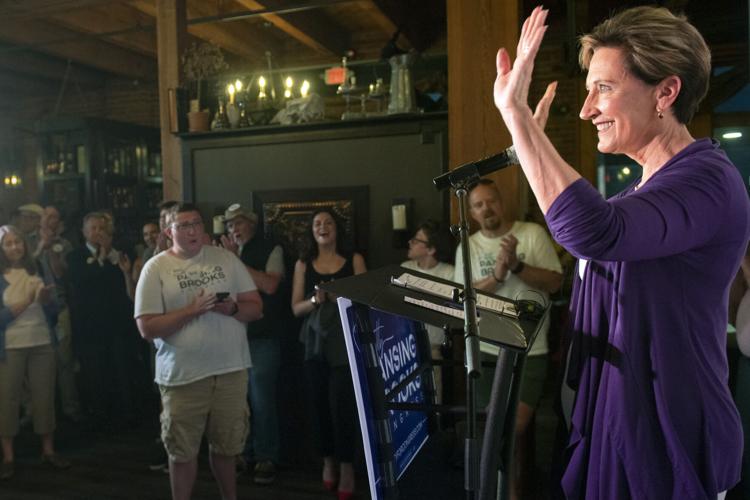 Democratic congressional nominee Patty Pansing Brooks speaks to her supporters on Tuesday at her election night party at Alchemy Aqua Vitae in Lincoln. 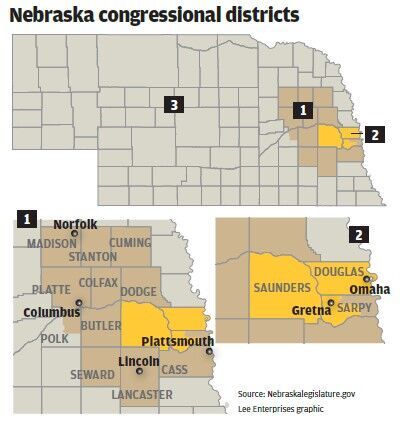