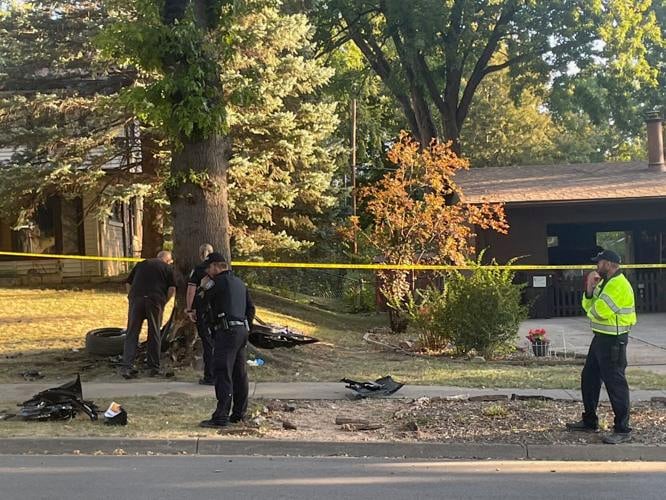 Six people died on the morning of Oct. 2 when a sedan crashed into a tree on Randolph Street near 56th in east Lincoln. 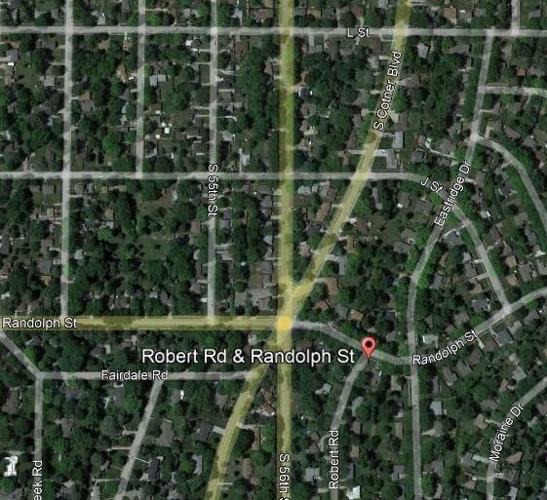 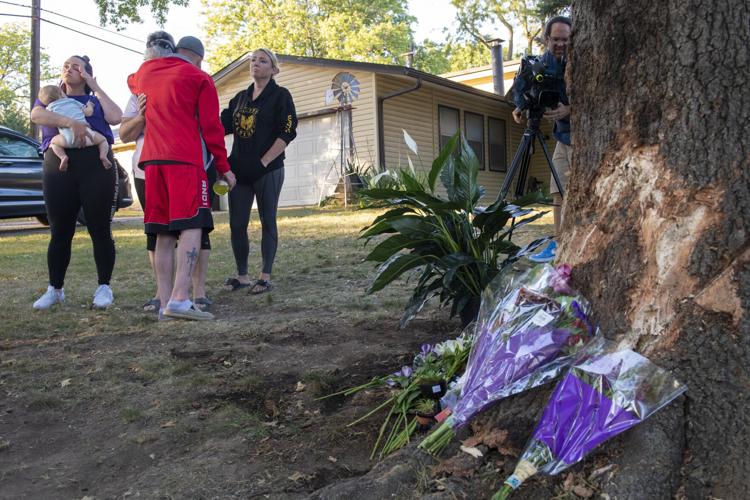 Mourners gather and lay flowers and mementos at the site of a six-person crash during an impromptu memorial service Oct. 2 at 56th and Randolph streets. 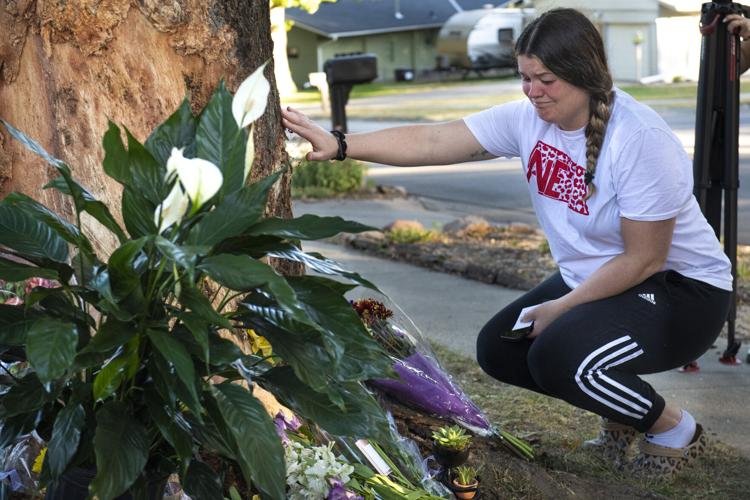 Kayla Kelly places her hand on a tree Sunday where an early morning car crash killed six people near 56th and Randolph streets.

LPD spent the day near 56th and Randolph streets investigating what caused a Honda Accord heading eastbound to cross the center of the road and collide with a tree in the yard of a house shortly after 2 a.m. Sunday.

The driver, a 26-year-old man, and four passengers were pronounced dead at the scene. Lincoln Fire & Rescue extricated a 24-year-old woman from the sedan. She was rushed to the hospital, but died late Sunday morning.

"I've been with this department for 25 years and can't remember anything as horrible," said LPD Assistant Chief Michon Morrow.

At 8:30 a.m., a Lincoln towing service was working to remove the sedan on a flatbed truck as investigators remained at the scene.

"There are no witnesses," Morrow said.

The posted speed limit is 25 mph on Randolph Street.

The impact of the car hitting the tree in the front yard was loud enough to awaken Erin Bartak, who thought the vehicle might have hit their house. She alerted her father, Brad, and brother Bronson.

Brad Bartak went outside, saw the airbags had been deployed and then saw people laying in the backseat.

He used a rock to break the back window, but the engine soon caught fire. He used a garden hose to try to contain the fire, while another neighbor attempted to help until the fire department arrived.

"We've been in this house since 1971 and this is probably the worst crash we've ever had," he said.

Morrow said that the names of the victims won't be released until all families have been notified.

Sunday's tragedy brings back memories of other fatal crashes involving young people in the area.

In April 2001, four people, three of them teenagers, were killed on Nebraska 2 near 14th Street when the station wagon they were in crossed the center divide and was struck by a dump truck.

In June 2019, four Gretna High School girls were killed when their eastbound Ford Fusion ran off Platteview Road, struck the end of a guardrail and ended up in a ravine near the intersection of 180th Street, according to the Sarpy County Sheriff's Department.

See how your hometown ranks among the most dangerous cities in Nebraska. Ratings have been determined according to the rate of violent crime p…

Studies Show Pedestrian Deaths Are Increasing Across The Country

Across roadways in America, a grim reality is driving calls for change as more people walking are killed.

The driver of a bus carrying Chase County students was cited for two traffic violations after colliding with a semi northwest of Champion earlier this week.

Lincoln Police found "human remains" in a dumpster south of the Motel 6 earlier this month, but it's unclear if investigators have found all of Ronnie Patz's remains.

'It's too young to die': 5 Lincoln residents, 1 Omaha man identified as victims in car crash

Staff and students waited outside for about 45 minutes until the all-clear before stepping back inside, but school was canceled for the afternoon.

A week later, there are more questions than answers about how and why the car careened off the street into a tree, killing all six occupants.

Cassie Brenner was 'a rock in a lot of people's lives'

"The first thing I think of when I think of Cassie would be 'eye-catching,'" said Mo Eisenhauer, Brenner's former roommate and one of her best friends.

Octavias Farr 'always knew how to make a friend'

"As his sister, this makes me warm. It makes me feel good to see all of them," Akilah Muhs said about all the friends at her brother's funeral.

Jonathan Koch 'was on top of the world'

"I'm 46 years old," Jonny Koch's aunt said, "and my nephew that was 22 probably has more friends and is loved by more people than I would ever dream of."

After graduating from the University of Nebraska-Lincoln in just three years, Ben Lenagh was drawn to education and was in the accelerated teacher preparation program at UNO.

Nicholas Bisesi 'lit up every single room that he entered'

Bisesi, who lived in Lincoln since 2009, was in his senior year at the University of Nebraska-Lincoln, working toward his marketing degree.

Johnathon Kurth 'would give a stranger the shirt off his back'

"He was encouraging to everybody and always had a kind word to say. I never remember him saying anything bad about anyone."

If the user doesn't respond in 20 seconds, the new iPhone or Apple Watch will call 911 automatically.

Johnathon Kurth and five others died in the crash after his Honda Accord struck a tree. The car had been traveling 100 mph moments before the crash, police said Monday.

Six people died on the morning of Oct. 2 when a sedan crashed into a tree on Randolph Street near 56th in east Lincoln.

Mourners gather and lay flowers and mementos at the site of a six-person crash during an impromptu memorial service Oct. 2 at 56th and Randolph streets.

Kayla Kelly places her hand on a tree Sunday where an early morning car crash killed six people near 56th and Randolph streets.