When Daniel Turner steps onto the dais, for a moment he is not the Lincoln Southwest High School junior with a knack for public speaking, but an attorney standing in a packed Alabama courthouse.

The 18-year-old pauses for a moment, settles his feet. Then the words start flowing as he raises his hands, looks around the room.

It's easy to see this case as one man trying to prove his innocence.

But when you put a Black man and you put him on death row a year before his trial ...

And excluded Black people from serving on his jury ...

Turner is in the Lincoln Public Schools board room last Tuesday rehearsing a monologue from a scene in one of his favorite movies, "Just Mercy."

When any evidence proving his innocence is suppressed and anyone who tries to tell the truth is threatened, this case becomes more than the trial of just a single defendant ...

It becomes a test of whether we're going to be governed by fear and by anger, or by the rule of law.

McMillian's appeal was successful, and in 1993, he walked free.

Turner doesn't know how many times he's watched the speech that he'll deliver Jan. 17 during the 27th annual Martin Luther King Jr. Youth Rally and March, which will be presented virtually for a second straight year because of the coronavirus pandemic.

He's watched speeches by King and John Lewis, studied the way they spoke. He's absorbed the collective mood of a nation healing from the wounds of racial injustice and protests. He's plumbed the depths of his own soul, the experiences he's had growing up Black.

Like when he worked at a Walmart during the protests and riots following the police killing of George Floyd in May 2020.

"I was scared to death because I was a Black man working at a white Walmart," he said. "I remember all the eyes and the looks I was getting that day.

+10 Voices of change: How a coalition of students is working to advance equity at LPS

"All I could think about is like George Floyd, it could be me."

He's put his own spin on the speech. He mentions Floyd, Emmett Till, Breonna Taylor, the Central Park Five, "all little Black, Hispanic, Asian and Native boys and girls of promise," who like McMillian, faced injustice.

"I'm bringing the feeling of what we had to survive through two years ago and what we're going to go through today," he said.

Turner, a former Belmont Elementary School TRACKS scholar, has been involved in the MLK rally for years and has served as role model and friend to other students involved in the youth-driven program.

"What I do is, I find the joy in everybody," he said. "I find the peace and the happiness. Because not a lot of people can see that through someone's heart. But I can see. Why sit there in complete silence when you can sit next to that person and crack a joke?"

The rally was the brainchild of late civil rights activist Leola Bullock, who wanted to make Martin Luther King Jr. Day a day of empowerment for young people in Lincoln.

The program — which features reflections, speeches, music and a call to action toward "civility, justice, equity and kindness" — is entirely youth-driven. Adults, like Pete Ferguson and Jake Kirkland Jr., serve as advisers, helping continue the legacy of Bullock through the students' own voices.

"Many of our young people, they leave with something more than what they came with," said Kirkland, a friend of Bullock's who's been involved since the start.

This year's theme is "Walk Together: It's Up to Us to Take the Steps." It will be livestreamed from the Nebraska Union on UNL's City Campus.

Ferguson, a youth development coordinator at LPS, has known Turner since he was a TRACKS scholar and has seen him grow as a key voice in the rally, even despite taking a year off.

"But what impressed me the most is though after that moment, he took that time, he came back," Ferguson said. "And that doesn't always happen."

Chajuana Bateman encouraged her son to get involved in the rally when he was in middle school and watched him blossom as a young person, as someone with a voice worth hearing.

His parts in the rally are more than reciting lines from memory, Bateman said.

Said Ferguson: "He has always done a phenomenal job, has always brought the house down with what he's done."

Emily Koopmann came back as an adviser after being a part of the rally herself as a student at Raymond Central. She remembers the impact the rally had on her, and now gets to see other students — like Turner — share in that experience.

"Daniel always shows up," she said. "It's so great to have a leader among leaders."

+2 An LPS administrator went back to school. Here's what he discovered.

Last Tuesday, after a lunch of chili and cinnamon rolls, students involved in the rally gathered in the board room to practice their speeches. It was clear there was more work to do before the big day, more time needed to practice and memorize lines. For Turner, more chances to study that moving speech.

But there is no doubt in his mind he and his peers will be ready on Martin Luther King Jr. Day.

Five uplifting stories in another challenging year for schools

So long, Zoom. Hello again, masks. Schools are still adjusting to a new normal, but the resilience of teachers and students hasn't changed. K-12 education reporter Zach Hammack sums up his favorite uplifting stories from the classroom in 2021.

Ada Robinson's name will adorn Lincoln's newest elementary school in northeast Lincoln when it opens next fall. But how did LPS decide on Robi…

Before she died from cancer, Katrina "K.T." Bescheinen's dream was to build a sensory room for her students at Weeping Water Elementary School…

The sky's the limit for Amanda Gutierrez. The Lincoln Pius X sophomore's unique vision of a future moon landing earned her a trip to a NASA launch.

Voices of change: How a coalition of students is working to advance equity at LPS

Equity is a guiding philosophy for schools administrators across the country. At Lincoln Public Schools, students are leading the charge.

The LPS Scholar Equity Cadre has empowered diverse students to use their voice to advocate for others and inspire change. Throughout the school year, the Journal Star will share stories from diverse students in a series of profiles.

WHEN: Monday, Jan. 17. Pre-rally program begins at 9:30 followed by "call to action" featuring speeches, recitations, music and more at 10 a.m.

WATCH: The virtual program will be livestreamed from the University of Nebraska-Lincoln's City Campus on LNKTV, its website, YouTube and Facebook pages. Find more streaming options at mlkyouthrally.com.

Dirk Baker and David Beatty are two of the teachers who help lead lessons for the 14- to 18-year-olds who shuffle in and out of the Lancaster County Youth Services Center every school year.

The policy, which has been in place since 2019, sets an early deadline for eighth graders looking to transfer into Lincoln East, Lincoln High or Lincoln North Star next year.

Voters in Waverly's Ward 4 overwhelmingly chose to retain board president Andy Grosshans in the mail-in election that ended Tuesday.

The bid for the project that will add a gym and expand a multipurpose cafeteria at the school is $1.3 million over budget, which officials say reflects the current labor climate and supply-chain logjams.

Ann Hunter-Pirtle is leaving the position at Stand for Schools to take a role as a fellow with the Federation of American Scientists, a think tank based in Washington, D.C.

The annual youth-driven rally on Martin Luther King Jr. Day was livestreamed from the University of Nebraska-Lincoln on Monday for the second straight year. 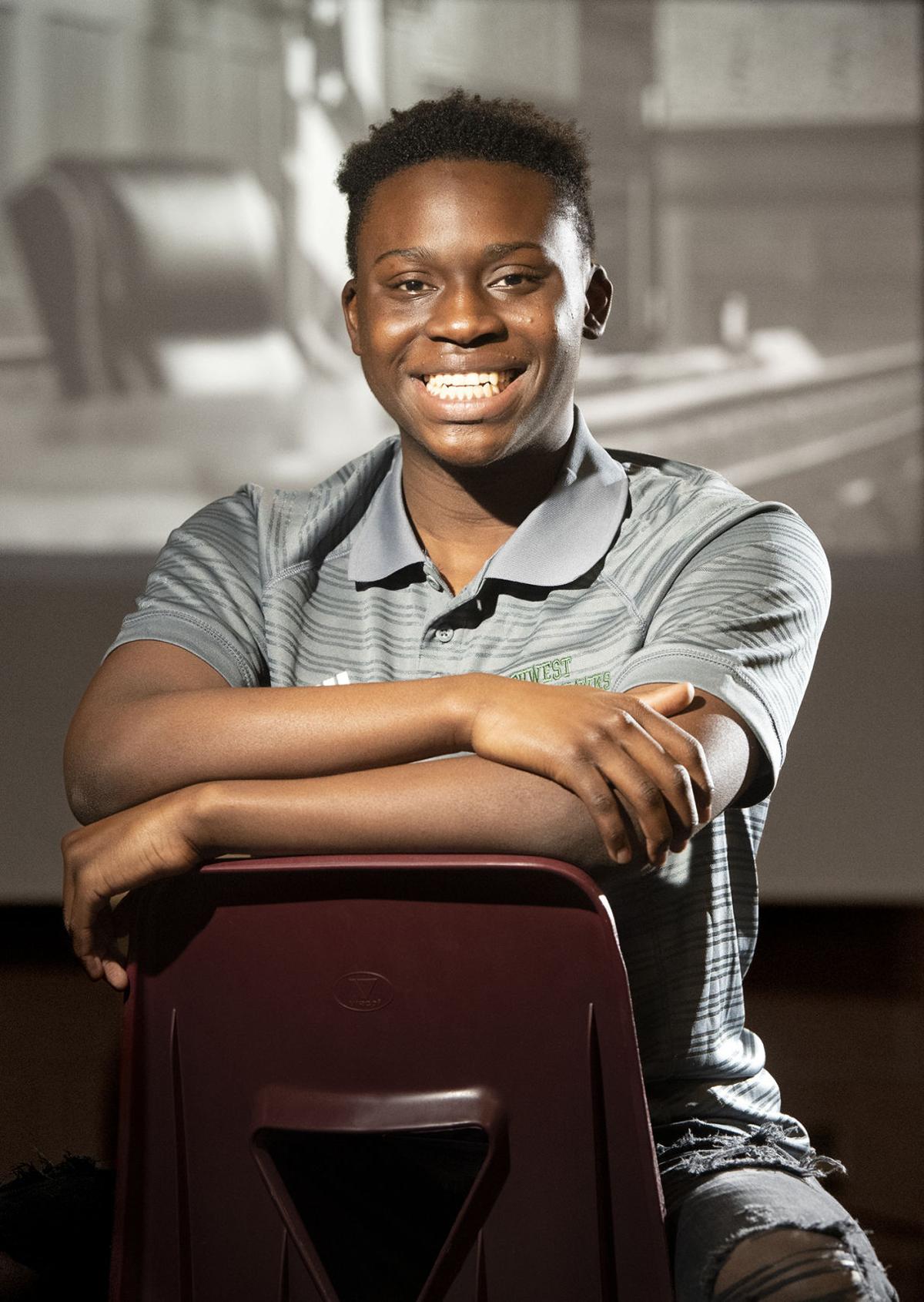 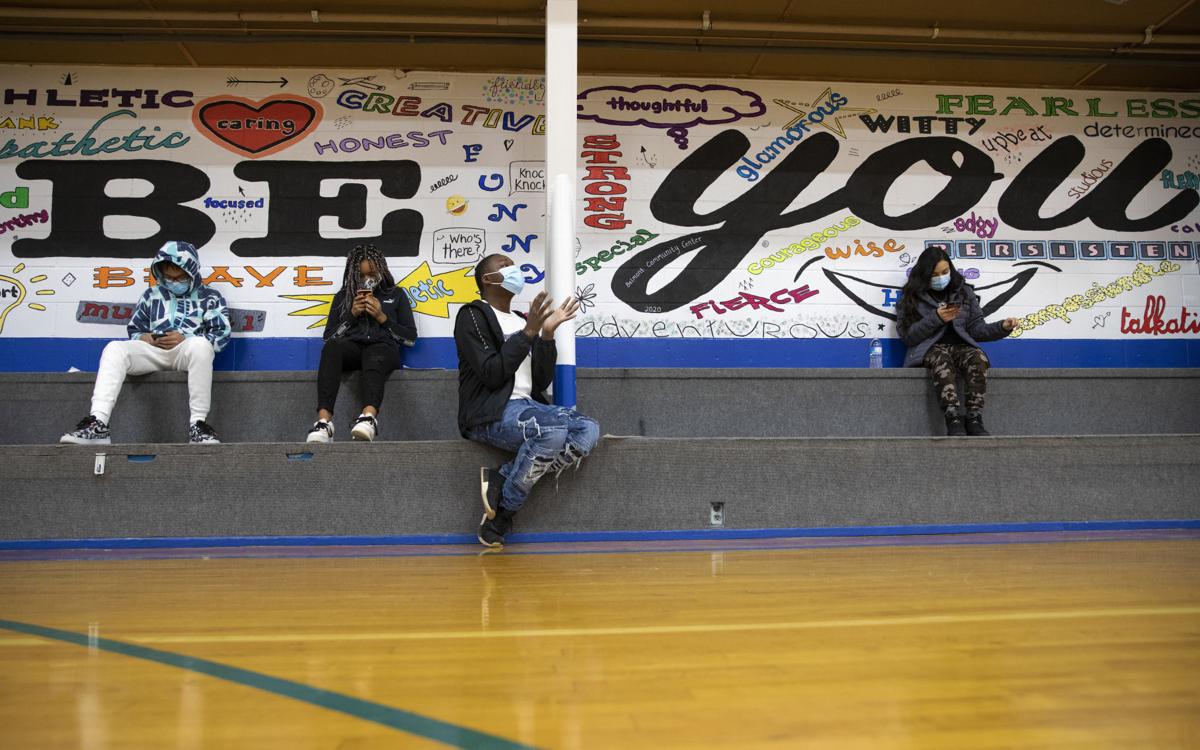 Daniel Turner (middle) rehearses his part in the 2021 MLK Youth Rally and March last January at the Belmont Community Center.