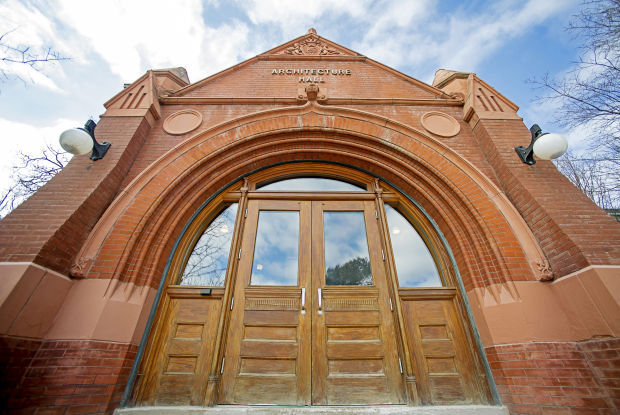 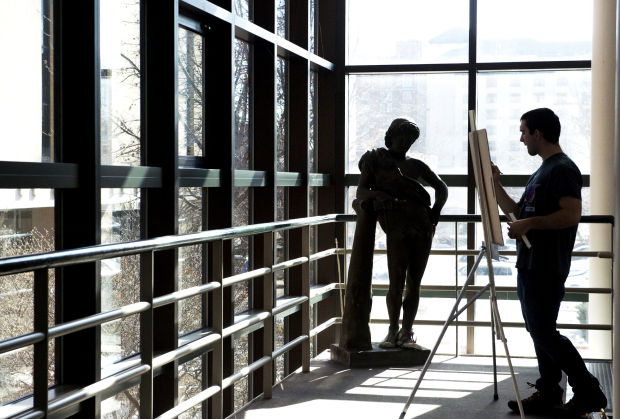 Freshman Andrew Chase sketches during a drawing class on Friday at Architecture Hall.

One college on the University of Nebraska-Lincoln campus focuses on designing space through research and critical thinking.

The other offers space for artists to expand their creativity in visual and performing arts and communications.

Beginning in the 2015-16 academic year, the UNL College of Architecture and the Hixon-Lied College of Fine and Performing Arts could merge under a proposal announced by university administrators last week.

"The primary justification for creating a new college is to take advantage of the extraordinary opportunities that can be achieved by bringing talented design-oriented faculty into a single academic unit," he said in a news release Tuesday.

“This new college will be an incubator for entrepreneurs in the arts and design fields,” Weissinger said in the release. “It will allow more students to study traditional majors in the arts or architecture and also practice broader skills at the intersection of design and computational thinking.”

The new school also would position both programs to grow in the future. The Hixson-Lied College of Fine and Performing Arts enrolls more than 700 students, while the College of Architecture reported enrollment of about 450 for 2013-14.

Other schools in the Big Ten Conference have joint arts and architecture programs.

The University of Illinois at Champaign-Urbana formed the College of Fine and Applied Arts, which houses several departments and schools: dance, music, art and design, theater, architecture, landscape architecture and urban and regional planning.

Kim Wilson, a graduate of Penn State’s College of Arts and Architecture, is interim dean of the UNL College of Architecture. Along with Hixson-Lied Dean Chuck O’Connor, the two will lead a steering committee charged with creating a strategic plan to merge the colleges by July 1, 2015.

O’Connor, who will become the inaugural dean of the new college, said UNL will take input from students, community members, professionals and others in developing a strategic plan.

“All of these people have a part to play in advising us on the best way to proceed,” O’Connor said.

That vision, from the IT agreements to the college’s bylaws, will be designed from the ground up, O’Connor said, and although the school will retain the Hixson-Lied name, both the College of Architecture and the College of Fine and Performing Arts will be equal partners.

“We need to find our own vision, something that will be uniquely our own,” O’Connor said.

Freshman Andrew Chase sketches during a drawing class on Friday at Architecture Hall.