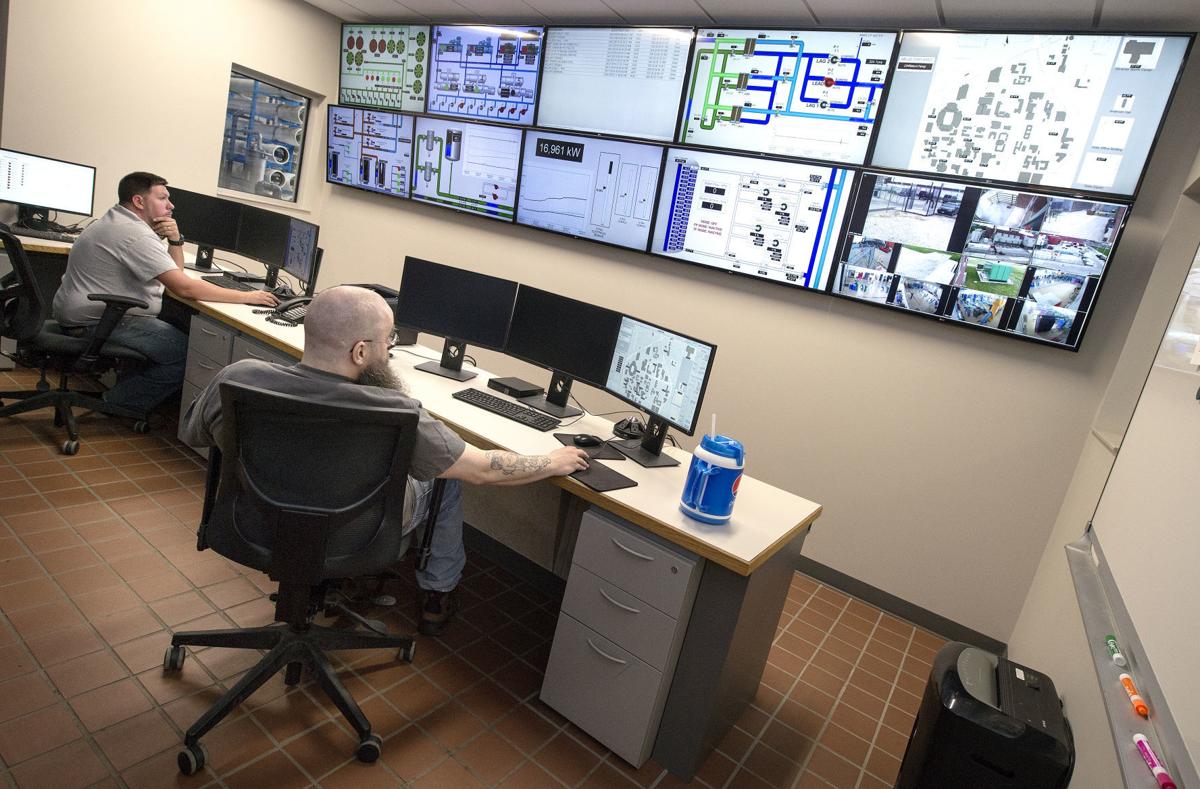 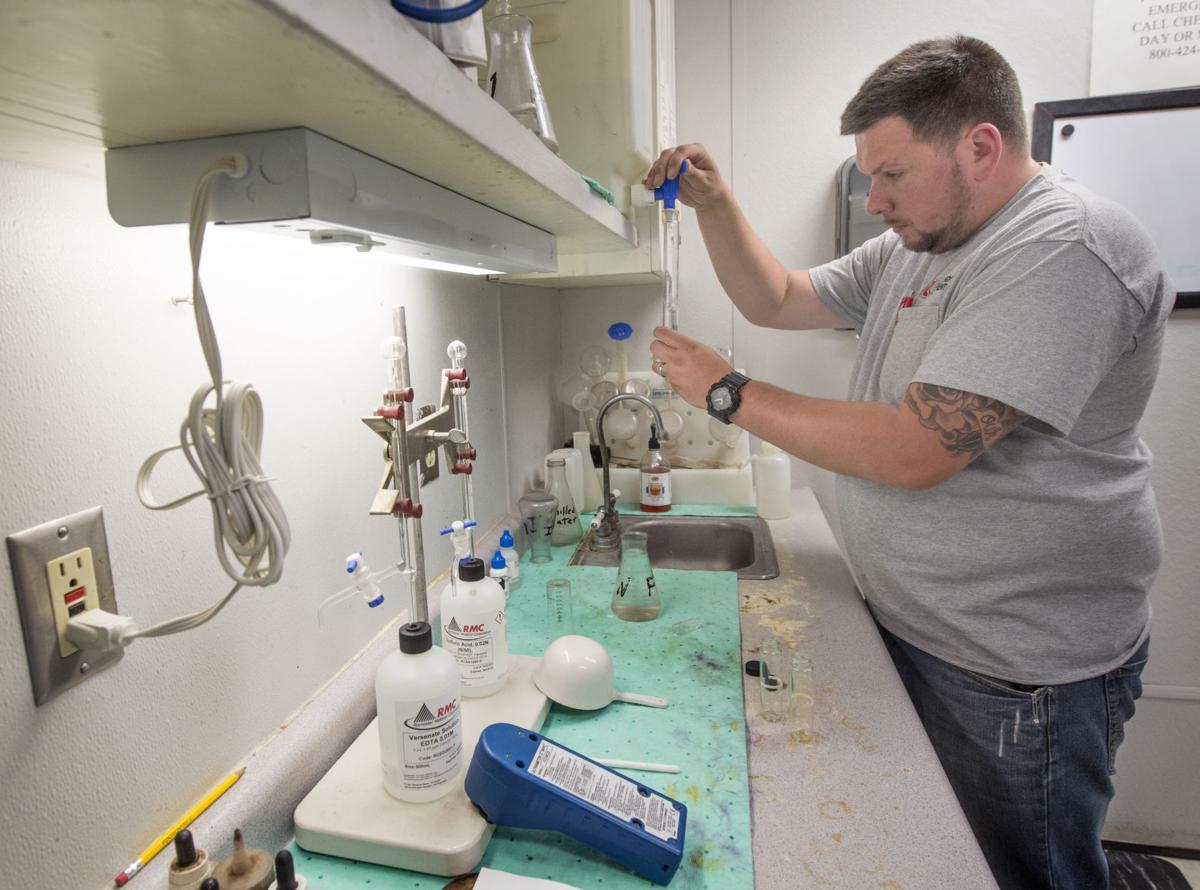 Cody Hutchison tests the purity of a sample of the water going into a boiler at UNL's utility plant on Monday. 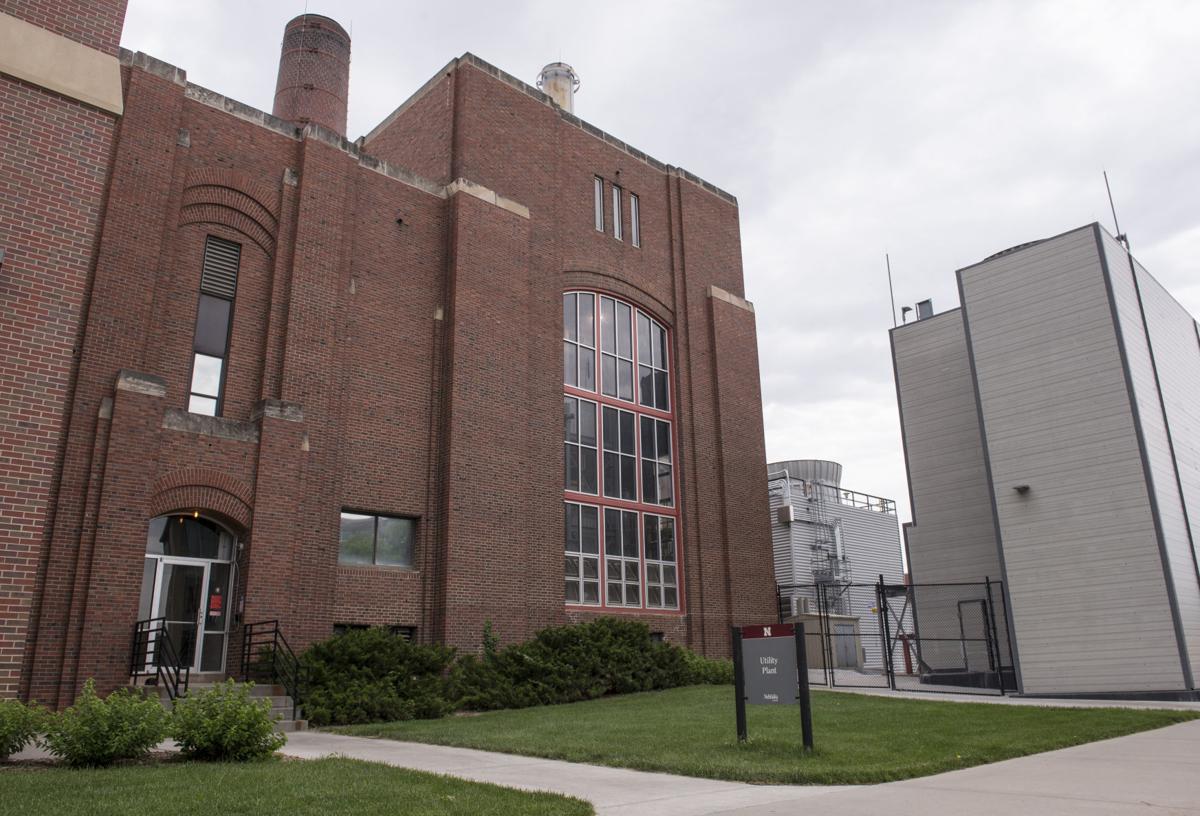 Even as enrollment and research spending reached record levels, the University of Nebraska-Lincoln has maintained the smallest carbon footprint among Big Ten Conference institutions, according to two organizations that track greenhouse gas emissions on college campuses.

UNL emitted 182,600 metric tons of carbon dioxide in 2016, according to data reported to the Sustainability, Tracking, Assessment & Rating System.

That puts the state's largest public university ahead of second-best University of Maryland at College Park, which emitted 239,800 metric tons of greenhouse gases, and Indiana University, which reported 301,600 metric tons in 2016.

But UNL isn’t quite ready to join the majority of other Big Ten schools that have announced lofty plans to further reduce their environmental impact — some of them by 100 percent before the year 2050. Only Nebraska, Rutgers University and Purdue University have not publicly announced their goals.

University facilities and utilities managers say UNL plans to set its own goals once it has the data necessary to realize a baseline measure of campus emissions, so the university can announce intelligent goals rather than outlining unobtainable ambitions.

“We’re going to make a commitment,” said Jim Jackson, UNL’s director of facilities and maintenance planning. “But we need to be able to live up to it.”

Jackson said energy and water conservation and the cost savings realized in pursuit of those goals have been woven into the campus's DNA for more than 30 years. UNL has picked much of the "low-hanging fruit" in the process that other universities are now pursuing to realize their emissions-reduction goals, he added.

"Some of the things the other universities have announced they will be doing to reduce their emissions are things we did 15 years ago," Jackson said.

UNL has watched its energy use across the campus plummet from 240,000 Btu in 1997 to 146,000 Btu last year, even as square footage was added to campus, student enrollment grew, and more faculty conducted research.

A Btu, or British thermal unit, is used to describe energy use in buildings.

Much of the energy reduction has come through investments of higher-efficiency heating and cooling units in university buildings — which may be more expensive up front but provide greater savings over time, Agarwal said — and more automation of UNL's facilities.

For example, most UNL buildings now employ sensors that detect when rooms are unoccupied and automatically shut off lights and HVAC systems to those areas. Other sensors alert maintenance technicians to units running below efficiency standards so they can be replaced to operate at a savings.

He referred to it as cost savings through cost-avoidance.

At the same time, UNL has "gotten lucky" in where the electricity it uses originates, Agarwal added.

No longer does UNL use a coal-fired power and heating plant built at 14th and W streets in 1930 (now the site of the City Campus utility plant), giving the university an advantage over the University of Iowa, University of Illinois and others within the Big Ten still generating electricity on their campuses and expanding their carbon footprint.

UNL instead purchases 100 percent of its electricity to power lights and computers, charge cellphones and run other equipment through Lincoln Electric System, which in turn buys power from the Southwest Power Pool and Western Area Power Administration.

Nearly three-fourths of the electricity generated by plants within the power pools and delivered to UNL between October 2016 and October 2017 was generated using carbon-neutral sources, including hydroelectric power (51.2 percent), wind power (14.7 percent) and solar power (8.8 percent), Agarwal said.

At the same time, less and less of the electricity delivered to UNL by LES has been generated from coal-fired power plants. Coal accounted for 44 percent of the energy used by UNL in 2013. Last year, coal power was responsible for less than 2 percent of the total power purchased.

Agarwal said his team is working on a tool to allow utility managers and others to monitor where UNL's electricity is coming from on a monthly basis, which will allow for more accurate reporting on the university's environmental impact.

While UNL is better managing the emissions of its buildings and university-owned vehicles, there is one area administrators want to know more about before they set a target for shrinking the campus's carbon footprint.

How much greenhouse gas is emitted by employees driving to work, faculty jet-setting to national conferences, or even by students riding buses between campuses?

"Even for the bus, it matters what kind of fuel the bus is using and how far it's traveling," said Prabhakar Shrestha, director of UNL's Office of Sustainability.

Shrestha has spearheaded efforts to improve recycling at Husker football games and on campus, increase the number of zero-waste events and engage with students on their ideas about making UNL more "green." He is also developing a survey to gather data from students, faculty and staff at UNL to better learn more about the impact the indirect emissions have.

Jackson said while UNL doesn't have a set goal for reducing its emissions and shrinking its carbon footprint like other Big Ten universities, he has set a goal of giving senior administrators a benchmark before UNL's 150th anniversary in February.

At that time, UNL may be ready to set reduction goals, he said.

Hours after Scott Pruitt met with state officials in a closed-door meeting at the Governor’s Mansion, the Environmental Protection Agency chie…

At 63 mph, a half-ton pickup can slice wood into splinters and tangle steel like tin foil.

Enrollment across the University of Nebraska system dipped 1 percent from its all-time high last year, but still ranks as the fourth-highest s…

UNL will aim for net-zero carbon emissions by 2050

"Our students, faculty and staff are ready to harness their creativity to build a healthier, sustainable and resilient campus in which to learn, innovate, create, work and live," Chancellor Ronnie Green said.

Cody Hutchison tests the purity of a sample of the water going into a boiler at UNL's utility plant on Monday.