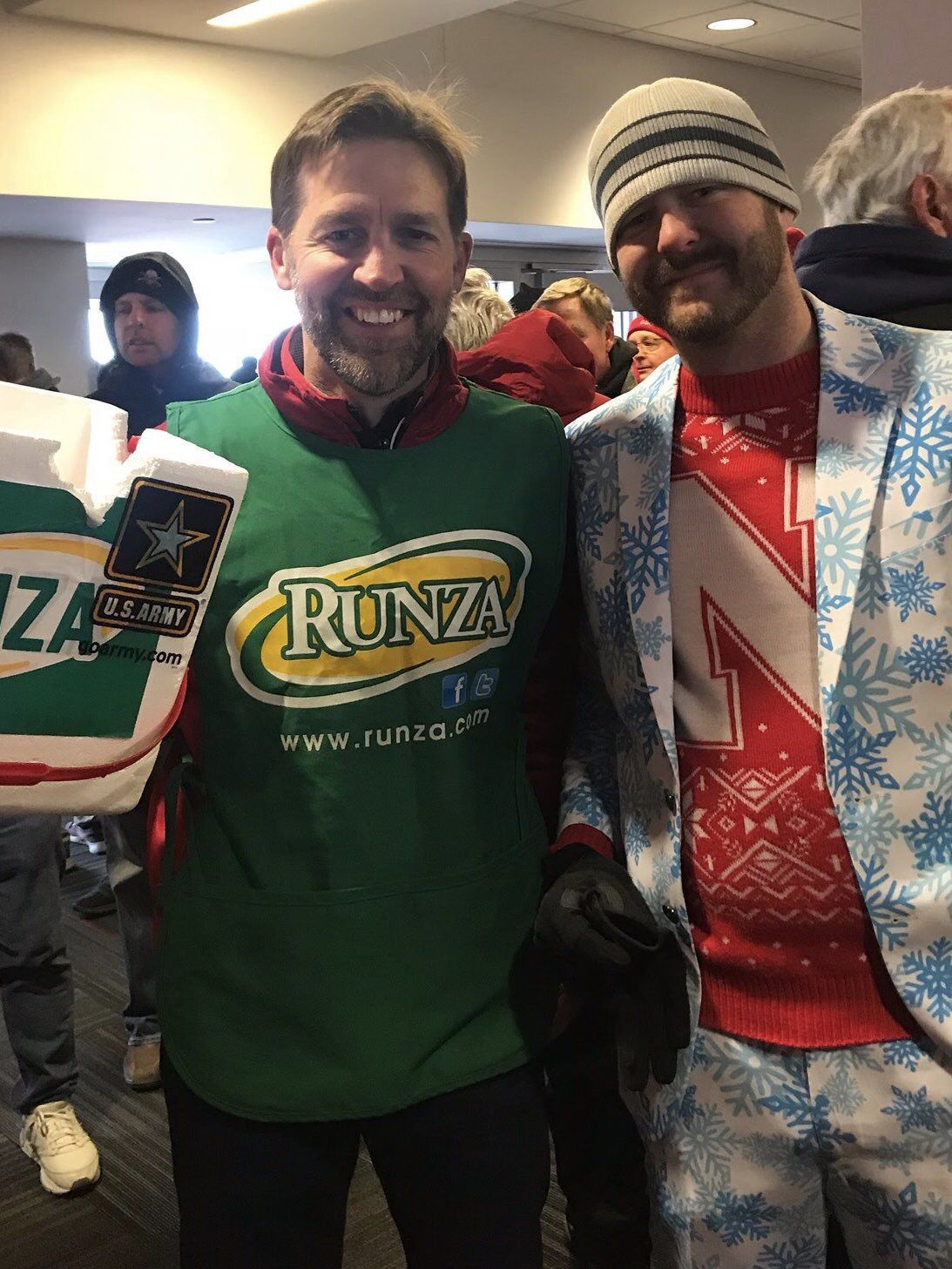 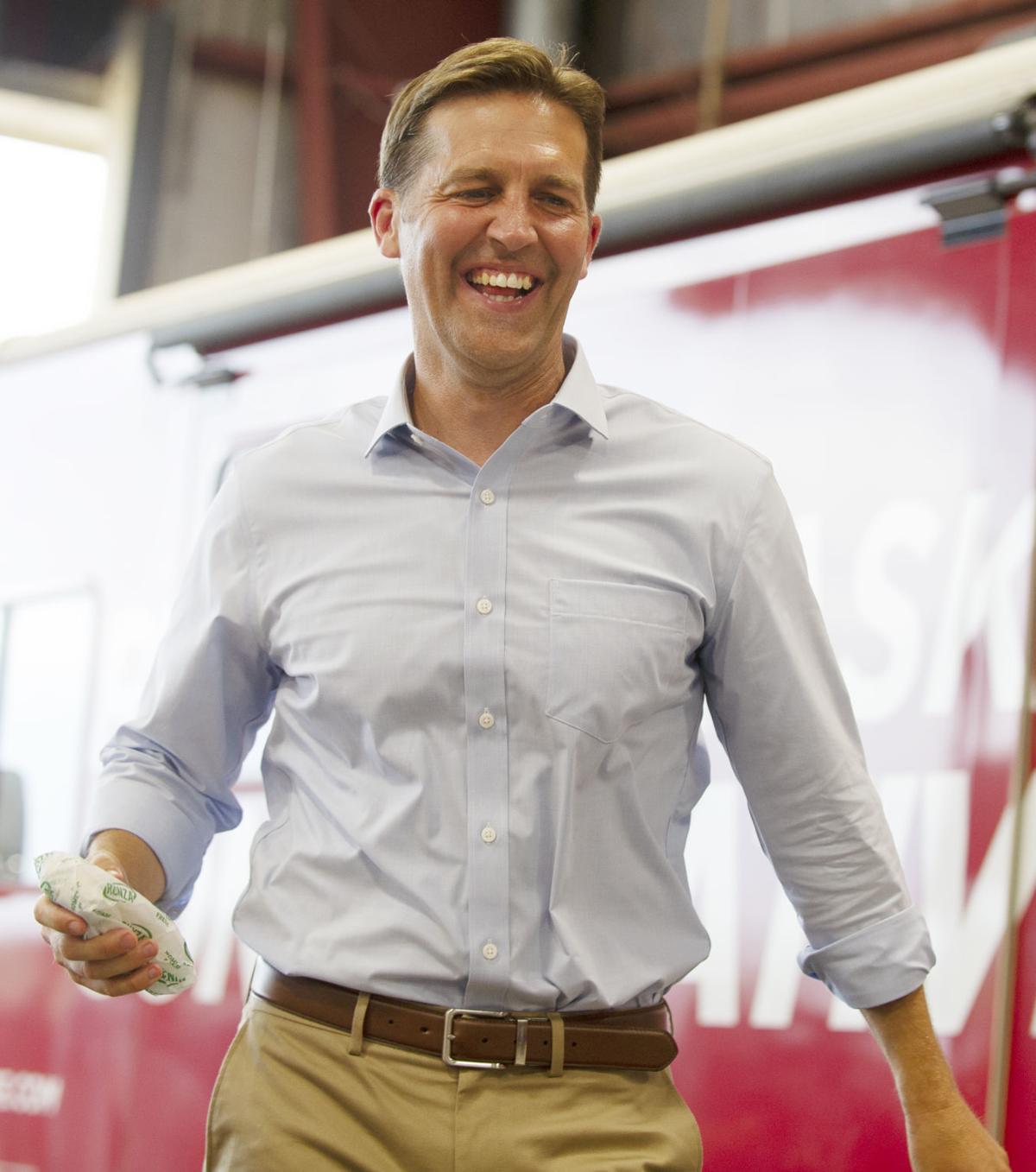 Sen. Ben Sasse, the highest-profile hawker of Runzas in Nebraska and Washington, D.C., won't be slinging the hot beef and cabbage sandwiches at Saturday's Husker game against Northern Illinois.

According to a spokesman, Sasse made the decision to step away from his part-time gig after being confronted at Memorial Stadium by a protester during the Huskers' opener against South Alabama two weeks ago.

"Ben's been vending at Memorial Stadium half the years since 1983, and it's never been about politics," James Wegmann, Sasse's communications director, said in an email. "It's been about fun, football, and serving neighbors."

Judy King, who Wegmann identified as the protester and who described herself as an activist, said she took advantage of Sasse's presence at the Husker game to seek him out.

"The reason I followed him around at the game is I've been trying to make an appointment since the (now-Supreme Court Justice Brett) Kavanaugh hearings," King said in a phone interview.

Sasse wouldn't meet with women from Nebraska who traveled to Washington to discuss sexual assaults, King said, nor would he meet at his Lincoln office.

"He doesn't have time to meet with a bunch of women who have been sexually assaulted, but he's out in front of everyone selling Runzas," King said. "This is really, truly offensive."

When King, 67, confronted Sasse at the game, the senator told her: "We're not going to do that here," she said. King was later escorted from the stadium by police.

In his email, Wegmann said "no Husker fans come to games to hear that garbage, so — in consultation with Runza — Ben's family decided they'll cheer but not vend at the games during seasons when he's an active candidate."

Another woman at the game, 29-year-old Elena Salisbury of Omaha, said she also approached Sasse in West Stadium to talk about politics, but was rebuffed.

Salisbury, who was among the women who traveled from Nebraska to Washington for the Kavanaugh hearings last fall, said she asked Sasse about his pro-life stance and whether or not that applied to the migrant children separated from their families at the southern border.

"He said it was a complicated issue and (he) didn't have time to get into a complex policy discussion," Salisbury said.

King said a few days after the South Alabama game, she called Janell Hall, head of concessions at Memorial Stadium, to ask if other political candidates would be allowed to serve food or drinks during football games.

The first-term senator, who just nabbed Donald Trump's "full and complete endorsement" this week after announcing his reelection campaign last month, decided it was best not to become a distraction at the game.

"This whole thing is beyond dumb and shows how poisonous partisanship is spoiling healthy civic life," Wegmann wrote.

King and Salisbury said they see it differently, particularly as Sasse has not held a town hall meeting in Nebraska since 2017.

Salisbury said she tried to go through Sasse's office to arrange a meeting but was unsuccessful.

"When a representative is so difficult to meet with when you try to go through traditional avenues, I feel like being in public at an event like this invites a conversation with your constituents," Salisbury said.

King said she believes she was doing her civic duty when she approached Sasse two weeks ago.

Australia lost one-third of its koalas in three years

Appointment of election commissioners may be unconstitutional, Nebraska AG says

Current appointment, rather than election, of election commissioners in Lancaster, Douglas and five other counties is "constitutionally suspec…

Add in a cold souvenir-cupful of Pepsi or a warm slice of Valentino's pizza -- don't forget the over 80,000 red-clad fans -- and you have a recipe for one heck of a gameday experience.