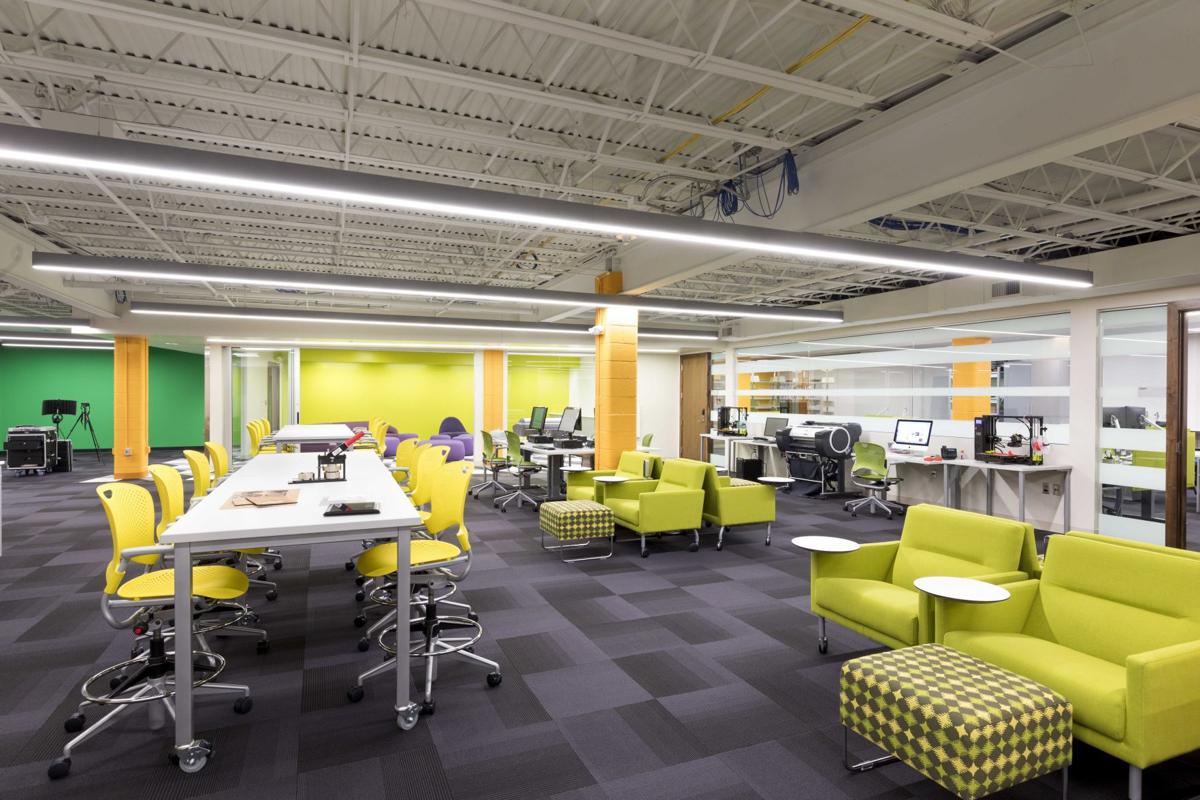 A view of the multi-use makerspace in the renovated Hastings Public Library. 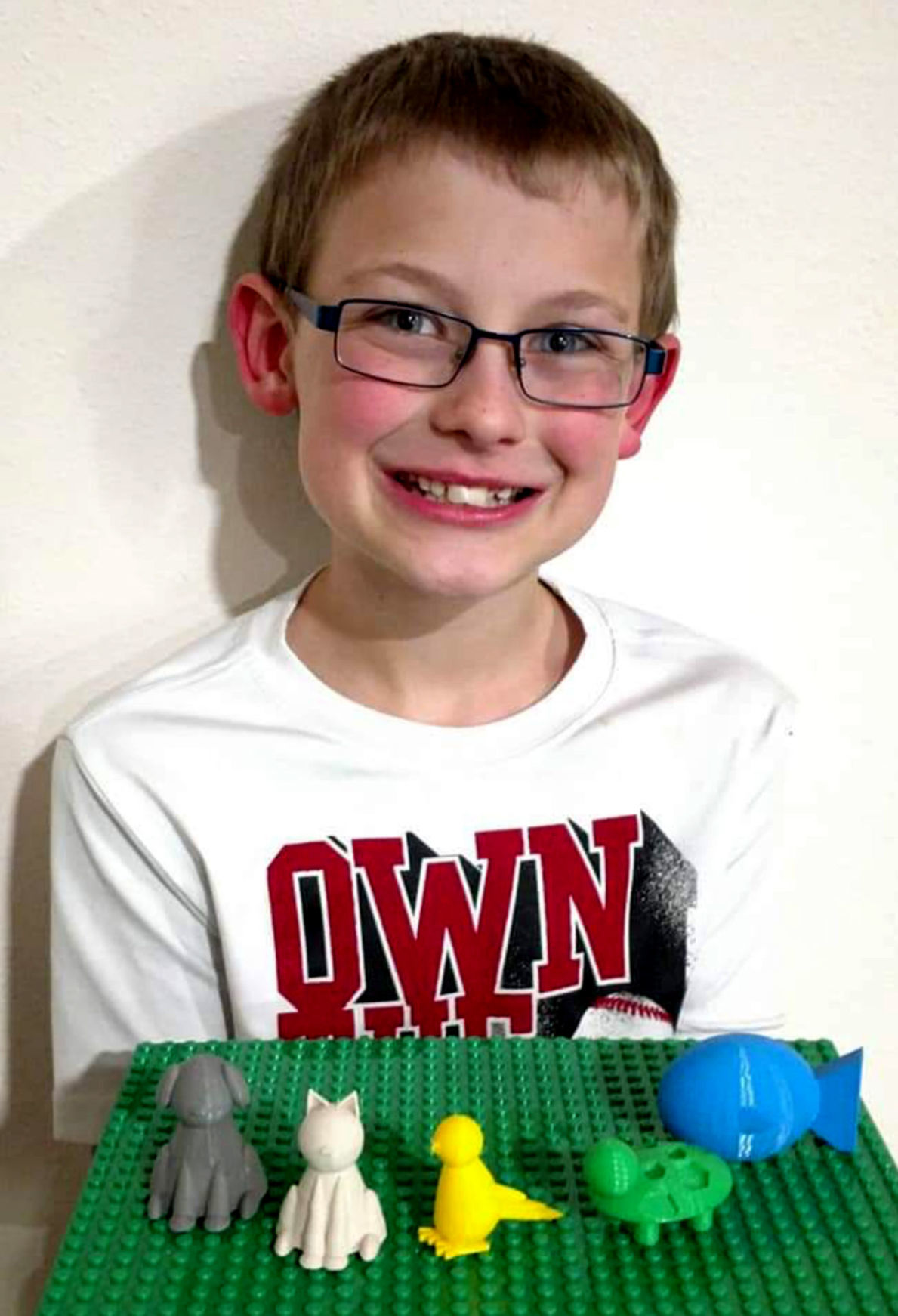 Ean Petersen shows off the animals he made for a game on a 3D printer at the North Platte Library Creation Station. 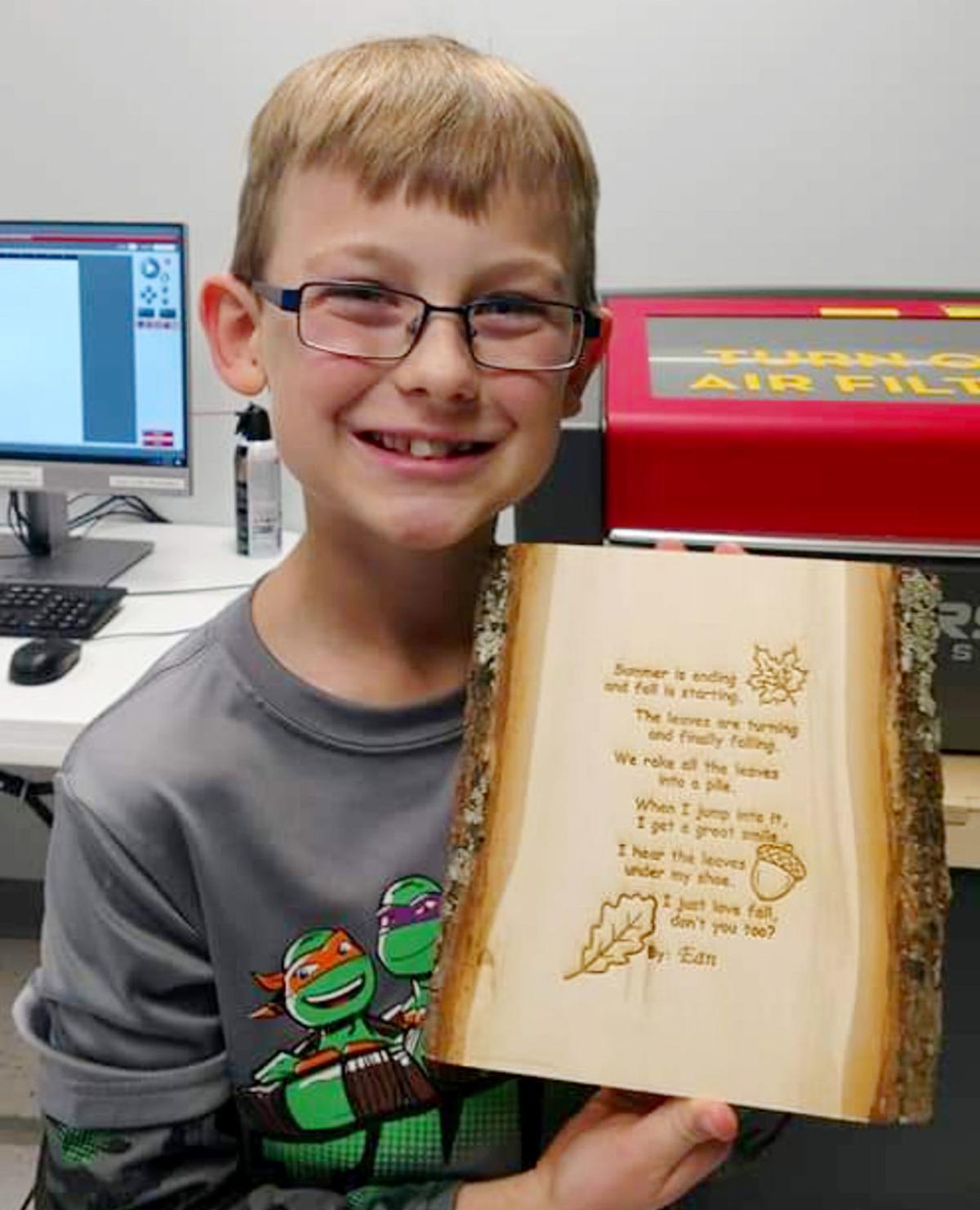 Ean Petersen has learned how the interior hinges of his 3D-printed birds, cats and dogs need proper spacing in order to flex and bend, and through trial and error, which materials work best.

The North Platte 10-year-old can laser engrave paw prints onto a set of dice and laminate the instructions for "Pet Store," the board game he created to play with family and friends.

Having access to the equipment used by makers and creators at his local public library has kindled Petersen's creative spark, bolstered his self-esteem and unleashed his entrepreneurial spirit.

"I could spend all night there working on the 3D printer," he said.

Petersen is among the thousands of Nebraskans, young and old, who have discovered or rediscovered a passion for making things, another reinvention of public libraries sweeping across the country, including in the Cornhusker State.

Two decades ago, it was the push for library computer labs capable of connecting the public to the internet, which required public and private grants until municipalities saw the utility and agreed to fund the project.

A similar pattern has emerged with makerspaces, said JoAnn McManus, a project manager at the Nebraska Library Commission.

"Makerspaces are a new thing libraries are getting into, but it's really hard to convince your city council or people you might be fundraising with that you need a makerspace before you know if there is a demand," she said.

Luckily for Nebraska, a $530,000 grant from the Institute of Museum and Library Services has helped purchase 3D printers, laser cutters, button makers and other equipment that have been on loan to 30 libraries around the state. The service began in 2017 and will end next year.

The results after the first two 20-week cycles indicates the "Library Innovation Studios: Transforming Rural Communities" project, a partnership between the library commission, the University of Nebraska-Lincoln, Nebraska Innovation Studio, Nebraska Extension and the Regional Library Systems, has found an appetite for makerspaces in public libraries from Plattsmouth to Ainsworth, Loup City to North Platte.

Those communities and more have taken steps to purchase their own permanent makerspace machines after the temporary equipment has been packed up, according to a survey conducted by the library commission.

A "Make It Monday" program the library started in 2015 was oversubscribed, which Lawrence chalked up to North Platte's do-it-yourself culture. The craft program initially targeted adults, but was later expanded to families.

In the end, she said it served as "a mini proof of concept" their aptly named Creation Station would be popular for all ages.

"When we made the decision to do the interior renovation and put in that permanent makerspace, we had a pretty good idea it was going to be a home run," Lawrence said.

It got kids like Petersen hooked on harnessing their creativity into making something tangible.

While he started with designs downloaded from the internet, Petersen eventually grew more confident, building his own designs on a computer to be 3D printed, and writing poems to be laser cut onto pieces of wood.

His family got in on the action, too. Ean's mother, JoLynn, used the vinyl cutter to create wall quotes, and the heat press to put custom designs onto T-shirts, while his grandparents also gave the machines a whirl.

"I like that it gives an opportunity for kids to explore new things and to be creative in a world where kids tend to sit and play video games," JoLynn Petersen said. "It is nice to see such a wide variety of ages and skill levels using the technology in the Creation Station. You don't have to be great at technology to be able to be trained and learn something new."

Another big user of the early makerspaces are entrepreneurs, according to the library commission survey, which found nearly 40 percent used the equipment to explore business opportunities provided by the makerspace.

Using the makerspace at the Bridgeport Public Library in the town of 1,500 people, Erin Reynolds and Tonia Verbeck created marketing materials for the Heirloom Market, the outdoor showcase for vintage and repurposed goods they host twice a year in Morrill County.

Custom totes were handed out to the first 25 people at last September's market, which attracted more than 500, and the duo made "save the date" magnets for this May's event, all using equipment they otherwise wouldn't have easy, affordable access to.

“When you start a business, it can be kind of overwhelming price-wise to find creative ways to market your event,” Reynolds said. "It probably wouldn't have happened, or could have cost more than it would have been worth to do."

Tammy Covalt, director of the Bridgeport library, said more than 1,000 people used the temporary makerspace when it was open last summer, including students at a summer enrichment program at the school and 4-Hers doing projects for the county fair.

Bridgeport High School students “went crazy making buttons” depicting the school’s Bulldog mascot to trade with their friends in other towns, leading to disappointment when the makerspace was shipped to Kimball last fall.

“When it left, they were like, ‘What do you mean it’s not here?’” Covalt said.

Through the Bridgeport Friends of the Library, money was raised to buy a vinyl cutter, heat press, button maker and laminator, she added, and the library is still raising money to buy a laser cutter — items that used to be only available in places hours from the Panhandle town along U.S. 26.

North Platte is raising money to furnish its permanent makerspace as well, Lawrence said, collecting $21,000 toward purchasing its own 3D printer, laser cutter, and heat press — about half of what is needed to complete the facility — before the temporary equipment left last month.

Ean Petersen still has "lots of ideas for the 3D printer" and said he can't wait for the Creation Station to be fully operational once more, both for himself and others.

"I really hope we get these machines back to help others find the creative side of themselves," he said.

The Legislature sent 45 bills to the desk of Gov. Pete Ricketts for his signature Friday, Day 34 of the 106th session. They include:

Proponents of property tax reform scored a small victory Thursday, advancing a bill that would lower agricultural land values for the purposes…

An update to Nebraska's civics education requirements advanced in the Legislature to the second of three rounds of debate, 42-3, over a last-d…

Years before Hudl grew into a global tech giant in Lincoln, questions centered on why there weren't more tech companies in Nebraska.

Kelly Langer did his homework.

Lincoln has improved its ranking as a top metro area for economic development.

State senators and now Gov. Pete Ricketts are endorsing the age-old concept that it's nice to share.

A view of the multi-use makerspace in the renovated Hastings Public Library.

Ean Petersen shows off the animals he made for a game on a 3D printer at the North Platte Library Creation Station.