Elizabeth Tegtmeier, a candidate for the Nebraska State Board of Education, has filled her campaign war chest with financial help from Gov. Pete Ricketts. But a family issue involving her adult son is creating a distraction from her campaign.

Tegtmeier leads all candidates for state board in fundraising, aided by $20,000 from the governor. But heading into the primary, she’s asking for privacy as the family deals with allegations that her son improperly touched two women.

Tegtmeier, of North Platte, said it wouldn’t be proper to publicly address the civil matter in Dawes County District Court. Two women filed for protection orders against her son. He is challenging the accusations.

“It’s a civil matter, and the judge is taking it under advisement,” she said. “Until a determination is made, we want to be very respectful of the hearing process. So at this time, we’re not making any statements to the media.”

She said her commitment to serving on the board “has not wavered and remains strong.”

“The allegations are not against me,” Tegtmeier told the Omaha World-Herald, “and I am the same person that I have been this entire campaign.”

As of the most recent financial filing deadline April 5, Tegtmeier had amassed the largest campaign war chest among the candidates running in the four board districts this election cycle.

As initially proposed, the standards called for teaching students in early elementary grades about gender identity and sexual orientation. The standards would have been recommended for local school districts but not mandated.

Stevens contends it was his leadership that led the board to indefinitely postpone the second draft of the standards last September. He said he would oppose ever bringing the proposed standards back for board consideration.

Tegtmeier said that Stevens’ voting record says otherwise and that he failed to act when he had opportunities to permanently reject the standards.

District 7 encompasses the entire western half of the state, roughly from Kearney west to the Wyoming border.

It is a majority conservative district, largely ranching and farming communities.

District 7 is located within Nebraska’s 3rd Congressional District, where voter registration in 2020 was about 3-1 Republicans to Democrats.

A third candidate in the field is Pat Moore of Litchfield. He is a Christian pastor who has been involved in Republican politics. In 1996, Moore was the chairman of the board that started Faith Christian School in Kearney.

All three candidates are registered Republicans.

The top two vote-getters will advance to the Nov. 8 general election.

Tegtmeier, a vocal critic of the controversial health education standards, said the governor’s support shows who’s the real conservative in the race.

Ricketts donated $20,000 to Tegtmeier’s campaign, according to the Nebraska Accountability and Disclosure Commission.

That’s a sizable donation for a state board race.

A spokesman said Ricketts supports many candidates across Nebraska who share his values and will continue to do so throughout the election cycle.

“Like many parents across Nebraska, Governor Ricketts was appalled by the health standards introduced by the State Board of Education last year,” Corben Waldron said.

Tegtmeier said she hasn’t lost any endorsements over her son’s situation.

“If anything, people who have supported my campaign have reached out to me in support,” she said. “People have continued to donate and support me both financially and through encouragement.”

Last year, Ricketts called on the board to scrap the sex education sections of the standards that would have taught children about gender identity and sexual orientation.

Tegtmeier has been a vocal critic as well. She is endorsed by the political action committee of Protect Nebraska Children.

The group sprung up in opposition to the standards, eventually growing to 22,600 followers on Facebook. The PAC donated $2,000 to her campaign.

Stevens is “not surprised at all” to see the governor backing Tegtmeier.

He said he’s “thrilled” that the Nebraska state teachers union endorsed him.

“I think that they’re looking at the candidate, not just the party,” he said.

He said the Feb. 4 motion by board member Kirk Penner to scrap the health standards permanently was “a political play” to get him on the record.

From the classroom: Could Arbor Day replace Good Friday as LPS vacation day?

For students in juvenile detention, school doesn’t stop. These teachers won’t let it.

He said he seconded Penner’s motion but voted against it because he believed it was politically motivated.

Stevens said he is a conservative and will “oppose any effort to bring back the standards.”

The board’s September vote to indefinitely postpone development of standards only halted them temporarily, she said.

When Stevens had a chance to end them permanently, he voted against Penner’s motion, she said.

In addition, she said, Stevens voted in favor of an ad hoc committee recommendation that the board develop standards in all content areas.

As of the financial reporting deadline, Ricketts had not donated in that District 8 race.

Neary, who supported the creation of the health standards, received $2,500 from the Nebraska State Education Association. She received $500 from Women Who Run Nebraska Political Action Committee, a group supporting progressive candidates.

The two other state board races are not contested in the primary, so the candidates will advance to the general. In District 5, the state teachers union has recommended Helen Raikes. Penner is the incumbent. In District 6, the union recommends Danielle Helzer over Sherry Jones.

Raikes and Helzer each received $500 from Women Who Run Nebraska.

The Lincoln Journal Star reaches out to candidates in contested local primary races and asks them to participate in our annual Voter's Guide by providing biography information and answering questions relevant to the offices they seek.

Rep. Jeff Fortenberry will appear on the ballot even though he has resigned. Other Republicans: Mike Flood, Curtis Huffman, John Glen Weaver a…

Nine Republicans are running for the GOP gubernatorial nomination and two Democrats. One from each party, along with a lone Libertarian candid…

Mike Foley and Larry Anderson are competing on the Republican ticket in the primary. One will advance to face Legal Marijuana Now candidate L.…

State Treasurer John Murante is running for a second four-year term. He faces Paul Anderson in the Republican primary. Both are from Omaha. Th…

The primary will eliminate one of two Republicans candidates — Mike Hilgers or Jennifer Hicks — who are running. The Legal Marijuana Now candi…

Only the District 3 seat on the Lancaster County Board of Commissioners features a contested race in the primary. County Commissioner Deb Scho…

Joe Nigro and Kristi Egger are running in the primary to be the Democratic nominee. The winner will face Trevin Preble, the sole Republican ca…

One of two Republican candidates for Lancaster County Treasurer -- Tracy Refior or Jasmine Gibson -- will be eliminated in the primary. The wi…

The District 5 seat on the SCC board is the only race where one candidate will be eliminated in the primary. Joann Herrington, Megan Neiles-Br…

Two of the three candidates in Lower Platte South Natural Resources District Subdistrict 1 race will advance from the primary. Candidates are:…

A former youth soccer coach in Gretna faces one to 50 years in prison after pleading no contest to attempted enticement of a child.

From food assistance to rental aid, Ricketts has turned away millions of dollars meant for Nebraskans in need, often based on the argument that it is time to return to pre-pandemic order.

It's hard to imagine a better night for four conservative candidates hoping to win seats on the Nebraska State Board of Education. 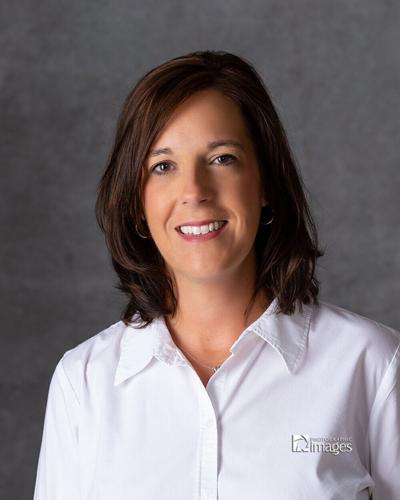 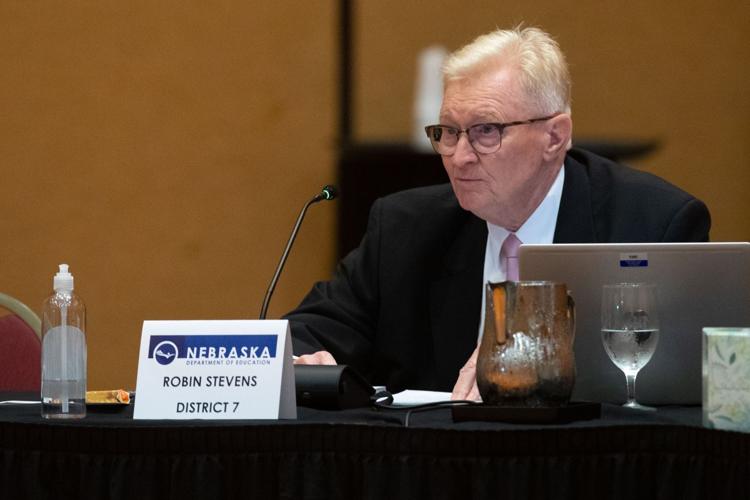