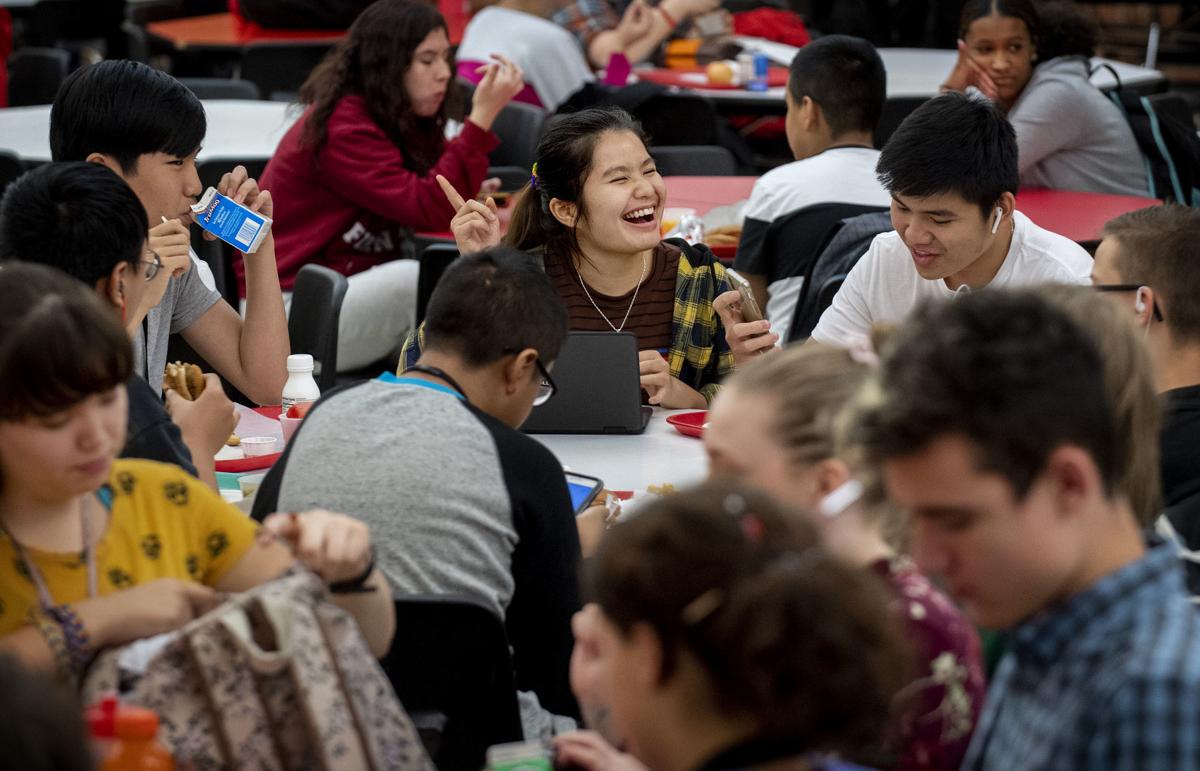 Lincoln High School sophomore Thahn Y Nguyen (top center) enjoys a moment in a crowded cafeteria in October. Lincoln High was one of six LPS schools to move from "needs improvement" to "good" in the latest state performance rankings. 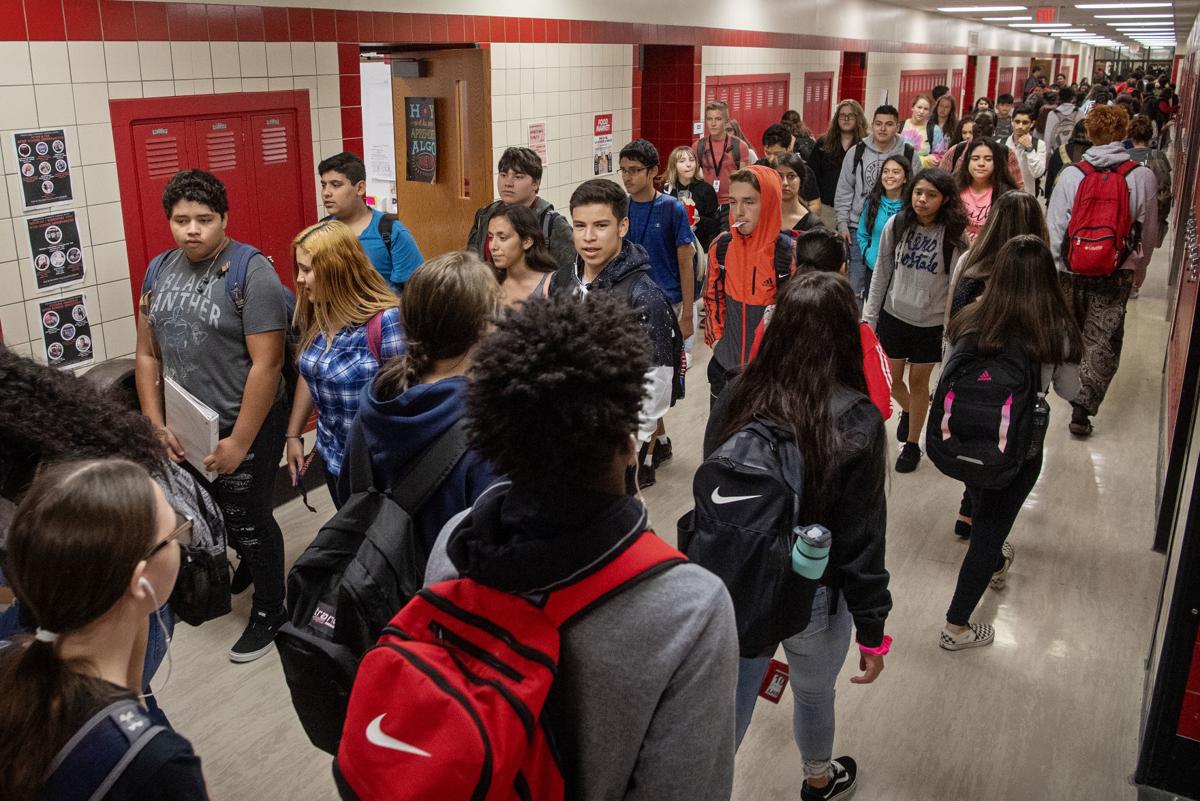 Lincoln High students fill the hallway as they change classes earlier this month. The school was among places visited as part of a New York Times project called "The American Road Trip."

But that growth — to 42,297 students — represents a 5.5% increase over the past five years and 15% growth over the last decade, according to district officials, who anticipate floating a bond issue in the coming months to build new schools.

“We continue to see significant growth all over Lincoln,” said Liz Standish, LPS associate superintendent for business affairs. “Our work updating the 10-year facility and infrastructure plan is critically important to the future of the school district.”

For the first time this year, LPS included in its enrollment numbers both preschool students taught by home visitors and children of students in the high school child care centers. Those two categories add 51 more students this year.

If those same categories are added to last year’s official enrollment, it brings the number to 42,070.

Matt Larson, the district’s associate superintendent of instruction, said that slower growth may be the new normal, but numbers could also trend up again. It’s something the school board will consider as it mulls what to include in a bond issue resolution aimed as relieving overcrowded schools that are still growing.

Case in point: The official enrollment numbers — which will be reported to the Nebraska Department of Education — show that enrollment at five of the district’s six high schools continues to surpass 2,000 students. Building one or two new high schools has been one of the major focuses of the potential bond issue.

The largest high school is Lincoln High, which has 2,362 students. East High — for years the district’s smallest high school — grew the most, adding 93 students and pushing its enrollment to 2,311.

Over the past five years, Lincoln High’s enrollment increased by 499 students and East’s by 563.

That enrollment spike meant East got two portable classrooms this year, as did Kooser, Wysong and West Lincoln elementary schools and Goodrich Middle School. The district now has 16 portables, used to ease overcrowding at schools.

Enrollment at North Star High School — which has five portables — dipped by 38 students. District officials, worried about overcrowding at the school in recent years, tightened the transfer rules and changed some attendance area boundaries. Those changes could be causing enrollment at the school to stabilize.

Scott is the largest middle school, with 1,113 students, followed by Schoo's 916 students.

Reducing overcrowding at Scott is one of the issues facing the school board as it mulls a bond issue. District officials recommended building a middle school in south Lincoln, while a task force that reviewed building needs recommended a K-8 school.

The opening of Moore Middle School in 2017 accounts for much of the enrollment decrease at Lux, which had 919 students in 2017 and 790 this fall. Moore, meanwhile, has nearly doubled its enrollment since it opened, to 612 students.

Some of the decrease could be a “bubble” of large classes that have now graduated from middle school and are populating the high schools.

But Larson pointed out there are still large classes making their way through the grades. Districtwide, the fifth-grade class is the largest this year, with 3,267 students. The largest high school class — second only to the fifth graders — is the senior class with 3,239 students.

UNL students dumpster dive for the benefit of LPS schools

For some reason (second thoughts, perhaps?) someone at Lincoln Southwest High School tossed a still-wrapped, untouched chicken sandwich into t…

Lincoln Public Schools will pay $120,000 to a former Goodrich Middle School student and his father who sued the district after the boy suffere…

Fitness levels of Lincoln Public Schools students have dipped in the past two years, most significantly with Hispanic students, a trend a doct…

The Lincoln Board of Education passed a resolution Tuesday officially setting its tax rate, which will generate nearly $292 million in propert…

The Lincoln Board of Education delved into questions surrounding new high schools and athletic complexes, as well as the need to renovate exis…

LPS considers emailing report cards to parents as a test

The days of report cards landing in the mail could be coming to an end — or not.

Lincoln High School sophomore Thahn Y Nguyen (top center) enjoys a moment in a crowded cafeteria in October. Lincoln High was one of six LPS schools to move from "needs improvement" to "good" in the latest state performance rankings.

Lincoln High students fill the hallway as they change classes earlier this month. The school was among places visited as part of a New York Times project called "The American Road Trip."