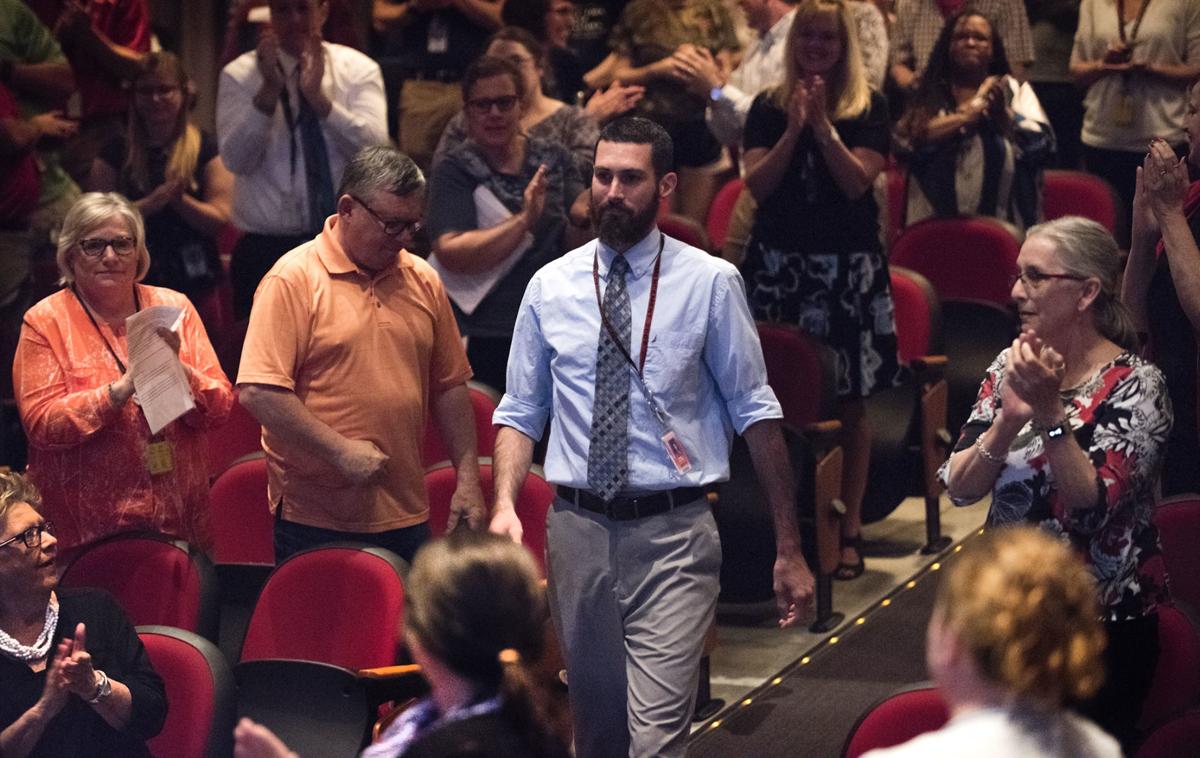 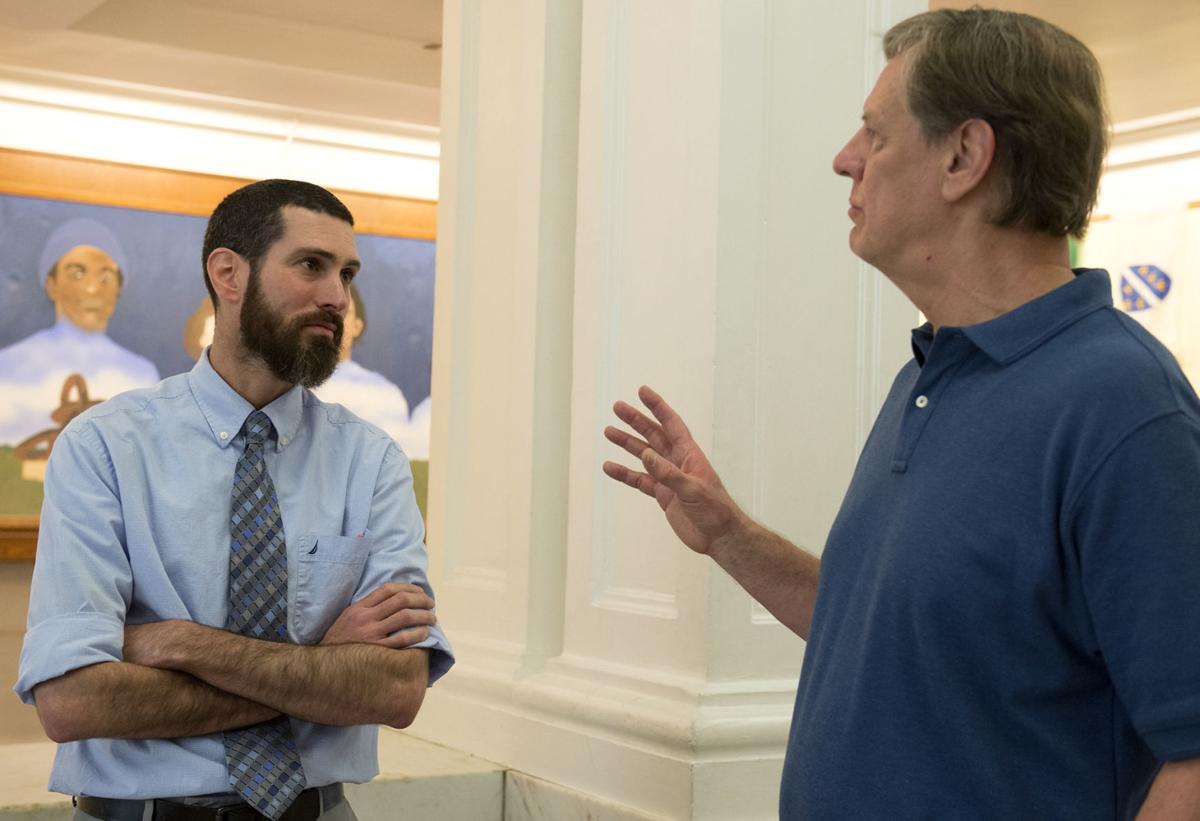 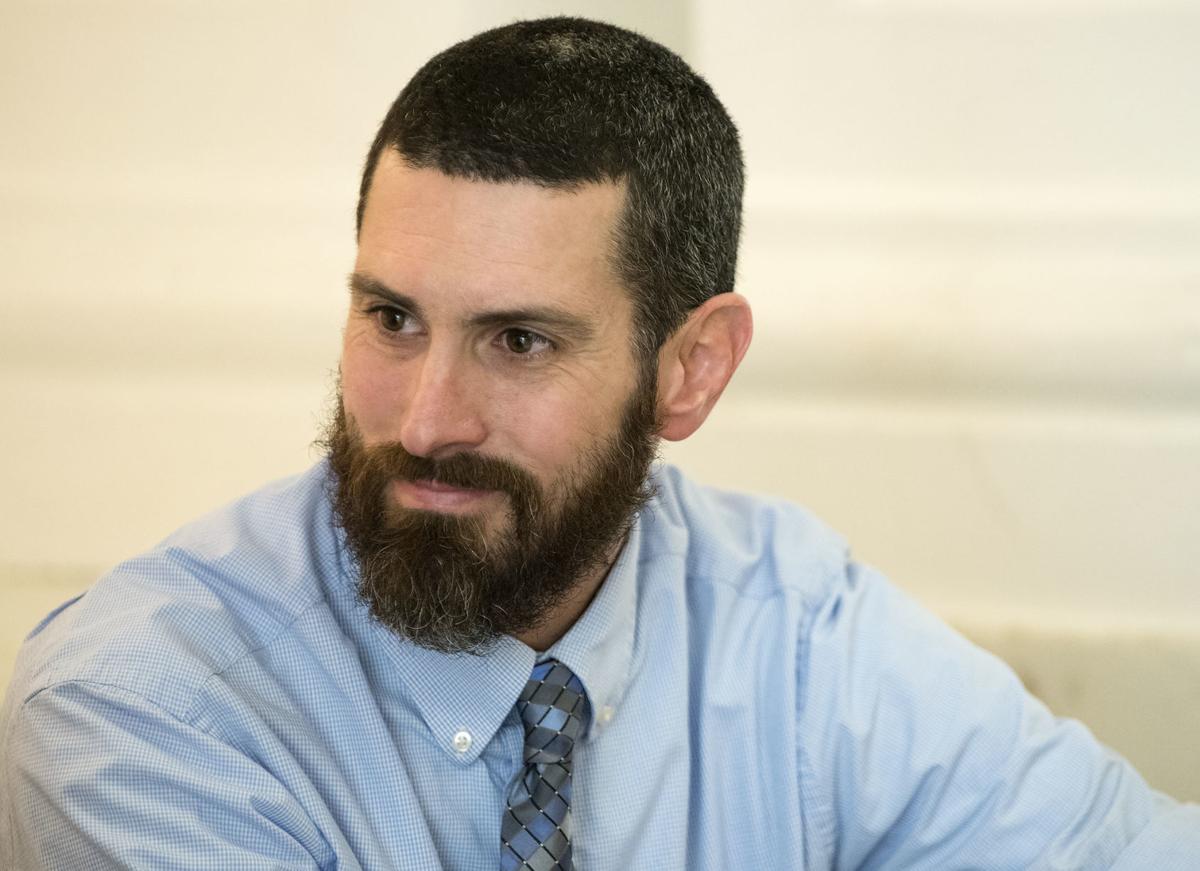 David Juiliano’s path to the classroom wasn’t straight, not a college-to-diploma-to-teacher sort of trajectory.

The couple ultimately landed in Denver, and by the time Juiliano started graduate school, he’d done enough work in after-school programs, substitute teaching and tutoring that he knew exactly what he was meant to do.

Some decades earlier, Travis Berry had taken a similarly circuitous route to his life’s work: from the University of Nebraska-Lincoln’s business administration classrooms to the driver’s seat of a cab, to a second degree in education, to a middle school social studies classroom in Tucson, Arizona.

“We have a new award,” Lincoln High Principal Mark Larson told his staff, who’d gathered in the auditorium for the last staff meeting of the school year. “This will be a tradition we will start this year ... eventually this is going to become a part of the culture here at Lincoln High.”

There were 17 candidates for the first Travis Berry Outstanding Lincoln High Educator Award, and a selection committee chose Juiliano, whose administrator called him a “humble, reflective, engaging, passionate, funny and ultimately selfless” teacher.

“He is on from the moment he steps into the school building,” the nomination letter said. “His planning is meticulous. His delivery is borderline cheesy at times, but it always lands with kids. It feels genuine and intentional.”

Berry, who graduated from Lincoln High 50 years ago, left his home state after he’d gotten his education degree from UNL because he was tired of the snow and the cold. He picked Tucson because it had more sunny days than anywhere else.

Once there, a substitute teaching job turned into permanent job and he spent the next 30 years teaching social studies to middle school students.

“Education for me was a calling, it just fit,” Berry said. “It was what I was meant to do.”

Nebraska called him back when he retired in 2002 and he spent a number of years supporting Lincoln teachers through the Foundation for Lincoln Public Schools’ Fund-A-Need program, where teachers submit proposals that are supported by community donations.

But he wanted to do more, wanted something special, something that wouldn’t get lost in the many scholarships and awards funneled through the foundation.

He decided to focus on an educator award for his alma mater.

To make sure it stood out, created a buzz and enthusiasm, he wanted it to be the biggest of the 14 teacher awards in the district, something that would give needed attention to teachers who do extraordinary work every day, who go above and beyond, who inspire students and fellow teachers without seeking recognition.

It will be $6,000 next year, though, because after Berry settled on $5,000 he found out there was another award of that amount.

“We just can’t have that,” he said to applause in the auditorium. “Next year it will be the biggest.”

The inaugural award went to Juiliano, who taught in Denver for several years before he and his wife moved back to Nebraska and he took the job at Lincoln High two years ago.

His wife Liz, a speech pathologist at LPS, grew up here and graduated from LPS. They came here, he said, because they wanted their two young children to attend school in a strong district in a community that really cared about its schools, he said.

In his geometry and advanced-placement calculus classes, he encourages students to move and talk to each other, to communicate about math and the problems they’re trying to solve.

“It gets kids investing in the thinking in front of them,” he said.

But it’s not only about derivatives and integrals and the Pythagorean theorem; it’s also about using a team strategy to show kids their ideas have value, that they can help themselves and help others at the same time.

“I want kids to know they can work hard and accomplish a goal,” he said. “The value of having a goal and working toward it transcends this classroom."

Lincoln Public Schools will livestream high school graduations May 27 on its website for the first time.

From the students in the Southeast High School Latino Club, a lesson in perseverance: When someone says no, find a path to yes.

Megan Pohlmeier's Army recruiter gave her something special to wear with her cap and gown when she graduated from Hastings High School last weekend.

Writer Anna Quindlen told Springfield College graduates that commencement speeches are hard to write, even when the country doesn't seem to be…

Known as the "Kid Whisperer" to her colleagues, Terry Abrahams approaches each day at Lincoln Southwest High School repeating a simple mantra.

Will Smith grew up asking questions.