A Lincoln teen and his parents are suing the Lincoln and North Platte school districts and the Nebraska School Activities Association over injuries suffered when he and an actor carrying him fell from the stage during a one-act play competition in 2019.

Aedan Strauss, then a 17-year-old Lincoln East High School student, was flown to a hospital in Kearney on Dec. 7, 2019, after the fall, which happened during a performance at North Platte High School.

He graduated from the school this spring.

In the lawsuit filed by Strauss and his parents, Joy McKinney and Randall Strauss, attorney Dan Friedman said the teenager suffered a fractured skull and bleeding on the brain, and his parents were left with $99,000 in medical expenses related to his injuries.

Friedman said the student carrying Strauss had walked off the edge of the thrust extension, which extended 7 feet, 7 inches from the front of the stage, due to the poor illumination.

He said it resulted in Strauss falling about 9 feet, measured by the height of the stage thrust, plus the height from which he was being held.

The lawsuit alleges that the North Platte Public School District had failed in its duty to keep participants in the district contest safe by not having properly working glow tape and appropriate lighting on that portion of the stage or permanently installed lights illuminating the edge of the stage.

And it alleges that Lincoln Public Schools was negligent for allowing the production to go forward knowing that it was not properly lit and that another student had fallen earlier that day.

Friedman said about 15 minutes before Lincoln East's play was to begin, LPS faculty learned that a girl had fallen off the stage in an earlier performance. She wasn't hurt and "tried to play if off as part of the production," Friedman said.

A faculty member also discovered that the glow tape used to mark the edge of the stage wasn't lighting up. Students used flashlights to quickly try to put down new glow tape, he said.

Friedman said before the play started, students from Lincoln East asked whether they should use the thrust extension in their play.

"LPS students were simply told to be careful by LPS faculty," the attorney said.

During a scene in the one-act play, "Rumors of Polar Bears," Strauss was pretending to be unconscious as another student carried him to another part of the stage.

The actor was meant to carry Strauss out of a spotlight, which lit the main part of the stage. But they both fell and were taken to the North Platte hospital with injuries.

Asked about the lawsuit, an LPS spokesperson said the district does not comment on active litigation.

North Platte Public Schools and the NSAA haven't yet responded to the complaint in court. The NSAA determines sites for district and state competitions.

But, three days after the incident, North Platte's superintendent said school officials did a review to ensure they had all the facts and that a similar incident didn't happen again. They concluded no changes to the stage were necessary.

In a news release then, North Platte Public Schools said video of the performance showed the students fell from the main stage with spotlights lighting the area. They said the student carrying Strauss stepped off the main stage “in a hurried motion,” and that misstep resulted in the fall, which they said was roughly 3½ feet, the height of the stage.

The school district also said details about the competition site, including dimensions of the stage, a scaled diagram and information on available lighting equipment, had been shared with participating schools before the competition.

Brian Rosenthal, 49, was arrested in Lancaster County on Wednesday and taken to the Nemaha County Jail in Auburn, according to court filings.

For the first time in well over a century, there will be no public school classes this fall in the Dixon County community of Newcastle. 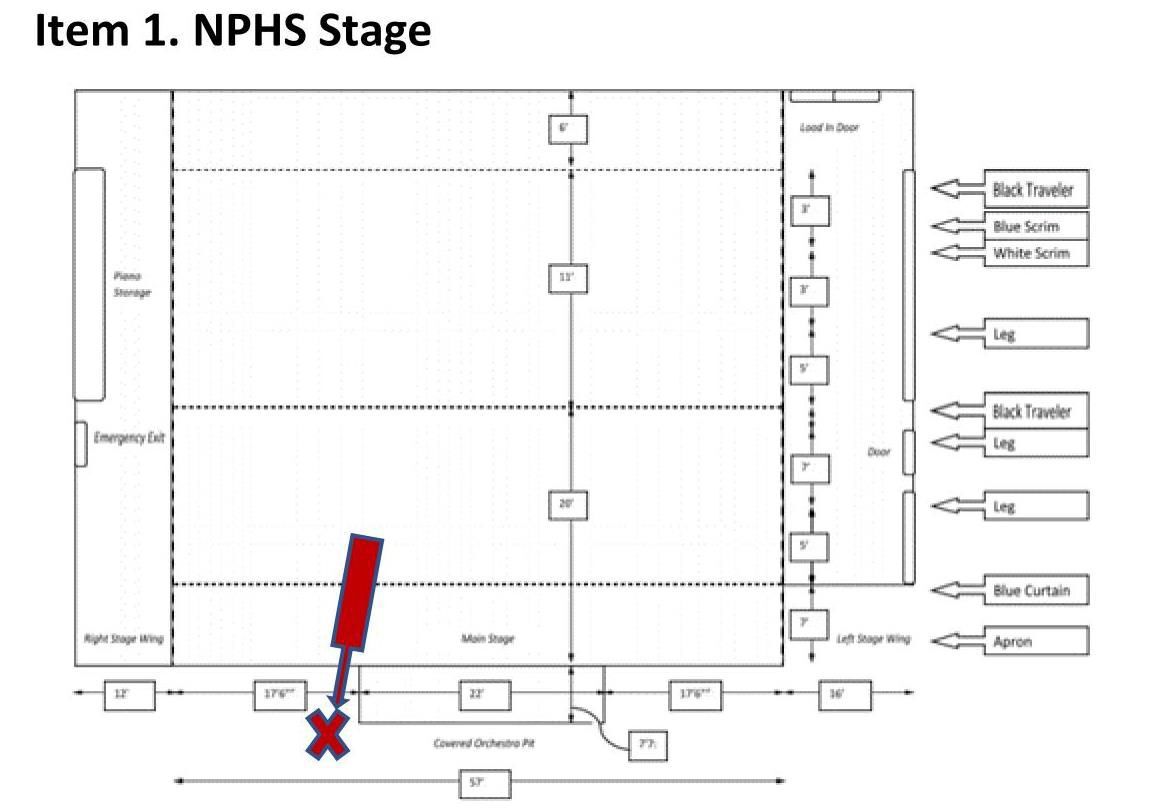 North Platte Public Schools released this diagram showing where students from Lincoln East fell off the stage during a one-act play competition in 2019. 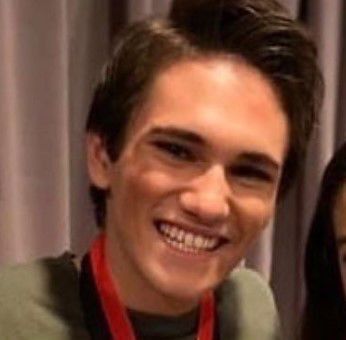