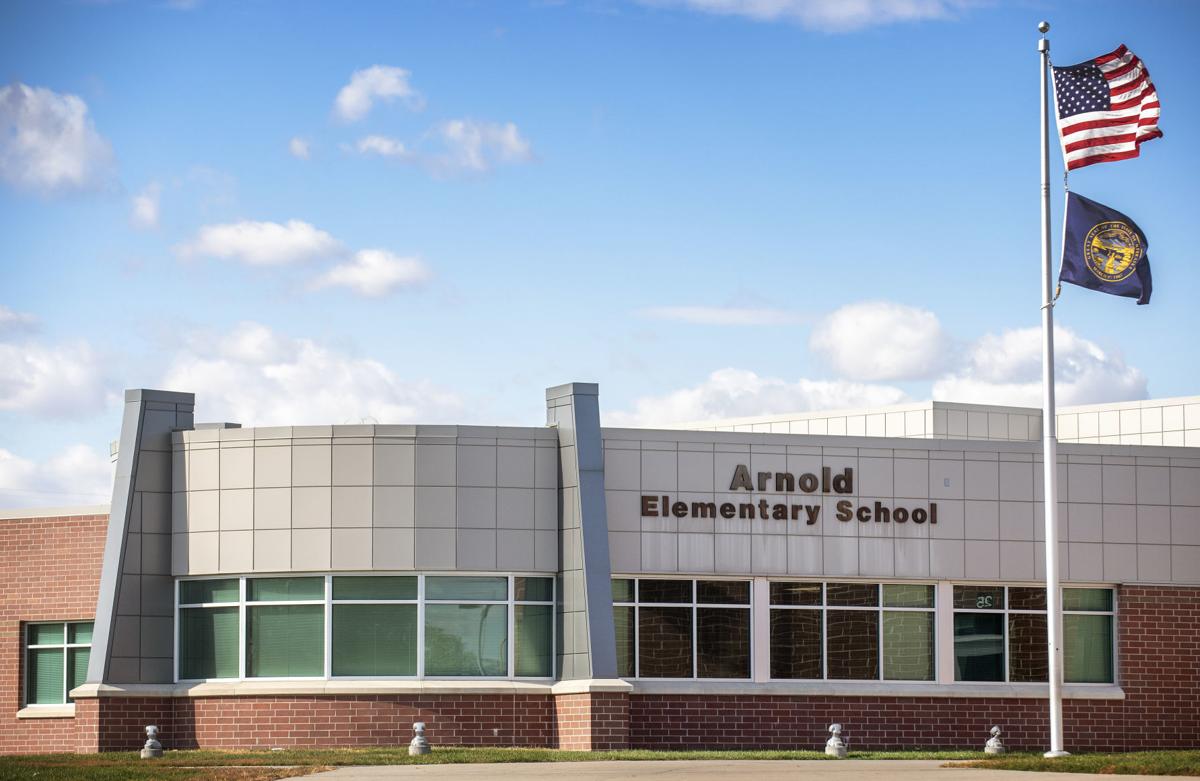 The latest recommendations for a 2020 Lincoln Public Schools bond issue includes adding space to Arnold Elementary School for kindergarten and early childhood education either as a separate wing attached to the school or a freestanding building on land near the school at 5000 Mike Scholl St. 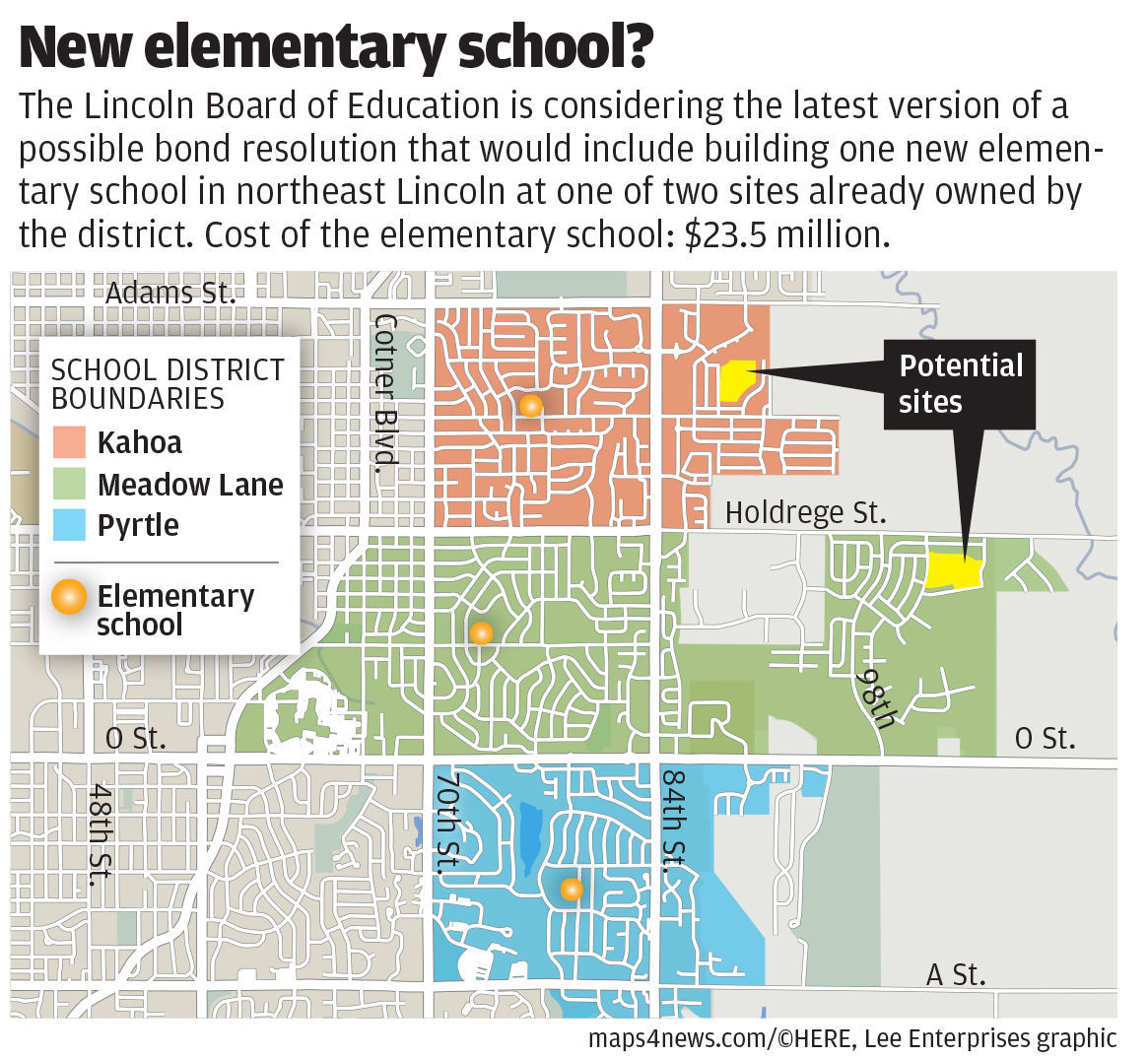 The district's latest version of a possible bond issue includes projects with a price tag of $289 million, which the district could pay for without increasing the tax levy. The district would replace new bond debt with debt it has recently paid off.

To get to that number, district officials had to pare down both their own earlier recommendations that totaled $334.2 million and those from a superintendent’s advisory committee comprised of community members, staff and students that totaled $460.8 million.

That means the latest recommendations — given a thumbs-up by the school board’s planning committee Tuesday afternoon — are missing some big-ticket items.

Gone are recommendations to build at least three new elementary schools and a middle school.

LPS Operations Director Scott Wieskamp said the latest recommendations are based on input from board members, who district officials met with one-on-one, and the community.

"This is an excellent place to begin the conversation," board member Don Mayhew said at Tuesday's full board work session. "It's the draft of a plan that addresses needs across the district and in all grades."

The pared-down recommendations illustrate the district’s desire to keep a bond issue within the current tax rate, as well as what appears to be lower enrollment growth.

For much of the last decade, annual enrollment growth ballooned between 600 and 1,000 students, but in the last two years, the growth has slowed. This year, LPS had an additional 227 students. Another factor: the live birth rate in the county has been on the decline for the past five years.

If the school board goes with this version — or something close to it — severe overcrowding at Scott Middle School would be eased with a classroom addition, a stop-gap measure until the next bond issue.

Another likely outcome of this version of the bond issue: attendance boundary changes for several schools.

At Scott, enrollment is expected to peak in the next couple of years, then district officials expect it to decline. The classroom additions would ease current overcrowding, and replace the two portables now at the school.

The district may change some boundaries to control enrollment growth there, including a yet-to-be-developed area that could be sent to Park instead of Scott.

To address a problematic and growing area in northwest Lincoln separated by Interstate 80, the district recommends an addition to Arnold Elementary, a space that would be used for preschool and kindergartners.

Still to be determined: whether the space would be a wing of the existing school, similar to the fourth- and fifth-grade wing added to Roper Elementary, or a free-standing building on the Arnold Elementary site. The recommendation also would allow the district to increase early childhood education classes, reducing the preschool waiting list.

Some boundary changes could help ease overcrowding at Kooser Elementary, also in northwest Lincoln, as well as elementary schools in the southwest part of the city, Wieskamp said.

The exact sites haven’t been determined, but district officials have been discussing potential land purchases for months.

The district also recommends building two new athletic complexes at the new high school sites. They would be smaller than Seacrest Field but bigger than Beechner Athletic Complex, the two sites that now host varsity football games. They would seat between 4,000 and 5,000 people.

The northwest complex would be used for football, track and baseball, the southeast for soccer and softball. The amount of money the district has penciled in — $13.1 million — wouldn’t cover the $16.3 million cost.

Wieskamp said the district would seek donations or partnerships with other agencies to fund the entire project, as well as putting artificial turf at existing high school practice fields.

The district has about $3 million in its depreciation fund to pay for artificial turf. To complete that work and the new athletic complexes, the district would need to find $5 million to $6 million of private money, Wieskamp said.

In lieu of a new middle school, the recommendations include updates and additions to gymnasiums and multipurpose areas at six middle schools: Dawes, Lefler, Lux, Mickle, Scott and Schoo.

Liz Standish, LPS associate superintendent of business affairs, said that would allow those schools to bring in more students (none are at capacity now) and handle middle school enrollment until the district can afford to build a new middle school.

Another big-ticket item: Nearly $48 million for major indoor air-quality projects at Park Middle School and Everett Elementary. Those schools are the only two that haven’t had the updates since the district began the long-term projects more than two decades ago.

The updates include adding geothermal heating and cooling systems — a more cost-effective system — as well as other updates including code and American Disabilities Act requirements and electrical systems.

Wieskamp told board members at the committee meeting Tuesday that many of the schools that had those renovations 20 years ago will soon be due for another update, but the comprehensive work done the first time — and recommended for Park and Everett — mean later updates will be less expensive.

Other recommendations: $10 million for land purchases, including sites for the proposed high schools; and $17.5 million for ongoing infrastructure needs such as roof replacement, parking lot pavement and playground updates.

Board member Barb Baier said she was concerned the money earmarked for infrastructure needs was about half the amount of the last bond issue and that too many needs were going to fall by the wayside.

She said the board needs to consider those needs — in light of historically low interest rates — and not be driven solely by keeping the tax rate flat.

She appeared to be in the minority, and board president Lanny Boswell said raising the tax rate could put all $289 million in projects at risk.

The school board has until Nov. 26 to finalize recommendations if it wants to float a special bond election in February. First reading on the resolution would be Nov. 26, with a final vote Dec. 10.

The latest projects being considered for a Lincoln Public Schools 2020 bond issue that would total $289 million, an amount that would not require an increase in the tax levy, include:

* Arnold Elementary: Addition for kindergarten and early childhood education. Would be either a separate wing attached to the school or a freestanding building. ($10 million-$11.4 million).

* Two new high schools: In southeast and northwest Lincoln. Schools would be built for 1,000 students apiece but with core facilities that would allow the district to double the enrollment capacity in the future. Would include spaces for new focus programs in schools. ($134.7 million).

* Athletic complexes at the new high schools: The amount recommended does not cover the cost of both facilities and would require donations or partnerships with private organizations. ($13.1 million).

* Land: Purchases including those for new high schools. ($10 million).

The Lincoln Board of Education delved into questions surrounding new high schools and athletic complexes, as well as the need to renovate exis…

A memorandum of understanding that spells out the role of Lincoln’s school resource officers may require minor revisions in December, when the…

Prairie Hill Learning Center will reopen Monday after school was canceled Friday for an investigation of a threat of violence.

As a commissioned officer fresh out of the U.S. Naval Academy in Annapolis, Maryland, Walter E. Carter Jr. went to Pensacola, Florida, to earn…

A proposed rule to limit eligibility for food stamps could affect thousands of Nebraska students on the federal free- and reduced-lunch program.

Lincoln High School is in the national spotlight again.

The latest recommendations for a 2020 Lincoln Public Schools bond issue includes adding space to Arnold Elementary School for kindergarten and early childhood education either as a separate wing attached to the school or a freestanding building on land near the school at 5000 Mike Scholl St.