Terry Kathol's journey in education began with a question.

A question — posed by a priest when Kathol was a student himself at Holy Trinity Catholic School in Hartington — that was about the future.

"How do we know what we're supposed to be?"

You need to pray, Kathol realized. To have a conversation with God. To discover what your calling is.

It took a few years for Kathol to discover what exactly his calling would be. He moved on from Holy Trinity and enrolled at Hartington Cedar Catholic High School, where, one day, as he sat in class, the answer arrived.

"It's just like, 'Teacher!'" said Kathol, a northeast Nebraska native. "It's just one of those things that came to me I guess."

Kathol's calling to education took him to the University of South Dakota, where he earned a degree in history education, and then back to Holy Trinity and Cedar Catholic, where he taught history. He earned his master's in education administration from Wayne State and later became the principal of the two schools.

And now that calling has led him to Lincoln Pius X High School, where Kathol is in his first year as principal of the city's only Catholic high school.

"It's been a great year," he said in his office Thursday. "Pius is a fantastic school. I am impressed every day of the work of our teachers, and I think it's the work of our teachers and their dedication to Pius and, more importantly, the students that come into their classroom everyday that is just an amazing thing to witness."

Kathol came to Pius X in 2018 as an assistant principal after his time in Hartington, where he served as principal of Holy Trinity starting in 2006, before adding on duties as the Cedar Catholic principal in 2010. He took over this school year from longtime Pius X principal Tom Korta, who took on a new role as chief administrative officer after the Rev. James Meysenburg retired.

The move to a bigger town — and a bigger school — was a bit of a learning curve, Kathol said, but he's grateful to lead a school with strong roots in the community.

"I feel very blessed to have this opportunity to be here," he said. "One thing I've noticed just in my time here is how large of a community Pius is and the family reach that it has ... the Pius family is a huge, huge thing."

Kathol began his career as a junior high history teacher at Holy Trinity. When the seventh and eighth grade classes moved to Cedar Catholic, Kathol went with them and also taught classes to juniors and seniors before taking on administrative roles at the schools.

"He knew the mission of the school really well," said the Rev. Owen Korte, pastor of Holy Trinity Catholic Church. "He was very reliable, very solid and strong and he found ways for his values, in a sense, to be taught, lived, proclaimed."

Korte was sad to see Kathol leave but knew bigger things were in store for the Hartington native.

"When I heard he became principal (of Pius X), I went, 'Good for him. He was chosen for that,'" Korte said.

Kathol, 52, recognizes there have been challenges this school year. Near the start of school, around 100 students were out of class because of positive COVID-19 cases or contact tracing, which was taxing on teachers and families, he said.

With the Lincoln-Lancaster County Health Department's mask mandate in place, those numbers have dropped.

"We wish we didn't have to wear masks, but that's where we're at right now," he said.

Korta, who served as the principal at Pius X since 2006 and previously was a math teacher and assistant principal at the school, said Kathol came well-prepared to be a leader at Pius X.

"He was ready to step in right away," he said.

Kathol relies on his strong Catholic faith, Korta said, and can often be found in the school's chapel in the morning for Mass.

Pius X has seen an enrollment dip this year because of a smaller incoming freshman class and a larger senior class graduating last year, but Kathol sees that as a one-year fluctuation.

Now, catching up students who lost instruction during the pandemic is a priority, Kathol said. Pius X had a daily average of 25 students learning remotely last year — with as many as 50 learning remotely at one time — but is back to 100% in-person learning this year.

Summer school classes the past two years have helped teachers and students make gains, Kathol said, and the pandemic also opened up new ways to reach students who have to miss school — like accessing class materials online.

"I think there are certain elements of education that we learned a lot from through that process," he said.

The workforce shortage hitting other schools hard hasn't been a major disruption, Kathol said, because the school has many former teachers who are willing to substitute, another testament to the Pius X community.

Pius X recently opened a $5.5 million two-story addition on the northwest side of the school and is working on a new strategic plan, Kathol said.

Next on the agenda is potentially replacing the school's performance and learning arts center at the southwest side of the school as well as adding some office space near the main entrance.

But for now, the focus is on educating students and helping them discover, like Kathol did, what calling is theirs.

"We need to be able to provide a curriculum and a culture which is really going to be faithful to our Catholic faith," he said.

Advancement Via Individual Determination, or AVID, a nationwide college readiness program piloted at Lincoln Northeast last year, was expanded to Mickle, Dawes and Culler middle schools and Lincoln High in 2021.

Six search firms -- all based in the Midwest -- sent proposals to the board over the past few weeks, outlining how they would conduct a search to identify candidates to succeed Steve Joel.

The program helps students draw connections to local produce in the classroom, cafeteria and the community — and makes for some tasty, homegrown meals, too.

Youth for Christ announced Monday it is moving forward with a capital campaign to build a new $2.5 million, 12,600-square-foot facility to meet increasing demand for its services.

There are almost 4,000 students in Nebraska with ties to the military, including Kayla Jones, a fifth-grader at Lincoln's North America Martyrs, which honored service members at its Veterans Day ceremony.

Maj. Stephen Watt recently returned home after a tour in Baghdad. But one more top-secret mission was in store: a surprise reunion with his children at Cathedral of the Risen Christ Catholic School on Thursday.

Jennifer Tran of Blessed Sacrament and Angela Miller of Cathedral of the Risen Christ are both in their first years running their respective schools.

As omicron surges, here's how one Lincoln school hopes to get ahead of the curve

On Thursday, Lincoln Pius X High School announced it will institute a half-day schedule through Jan. 21 as the highly transmissible omicron variant spreads through the community.

Nebraska is one of 37 states with a so-called Blaine Amendment, prohibiting states from funding religious schools with public dollars. Tuesday's Supreme Court ruling on a tuition assistance program in Maine essentially nullifies those provisions.

Watch now: How one Lincoln school is looking to revitalize Catholic education

St. Teresa Catholic Church is piloting Catholic Liberal Education, a curriculum rooted in the liberal arts and sciences and the classical method of learning cultivated by the church for hundreds of years.

The biggest star in our galaxy is about to die, here's what that means for Earth 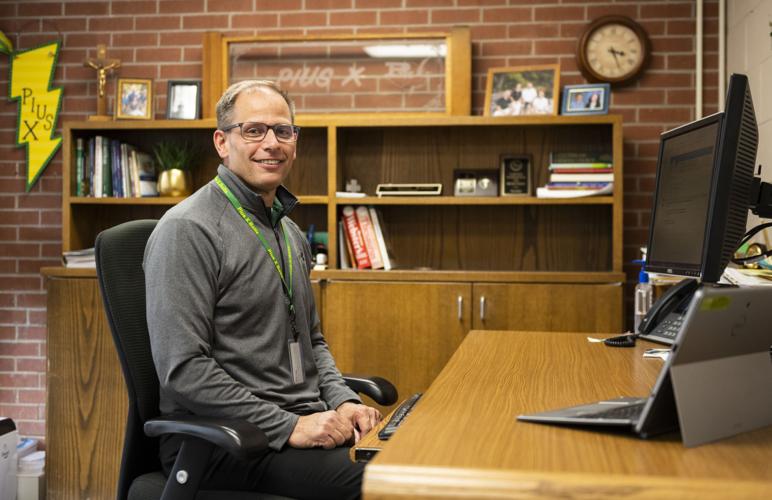 Terry Kathol is in his first year as principal at Lincoln Pius X High School after serving an assistant principal there and as a teacher and administrator in Hartington. 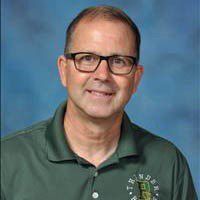