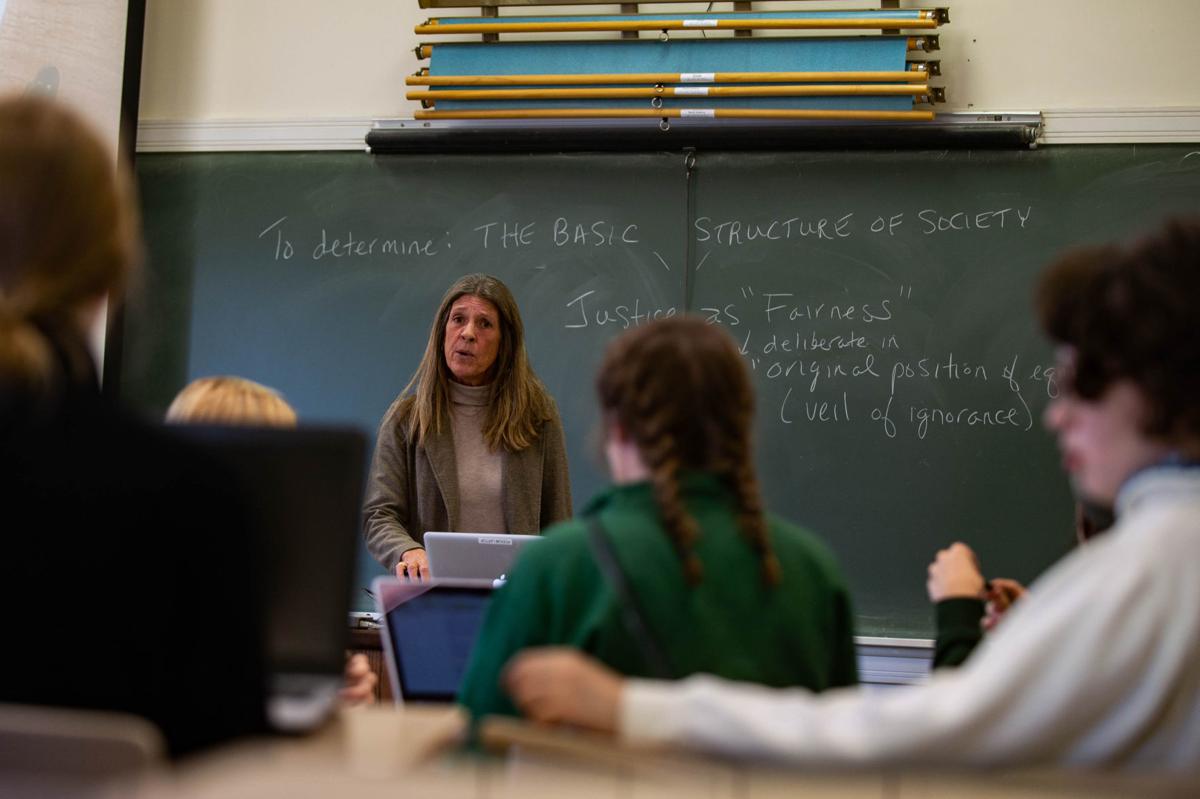 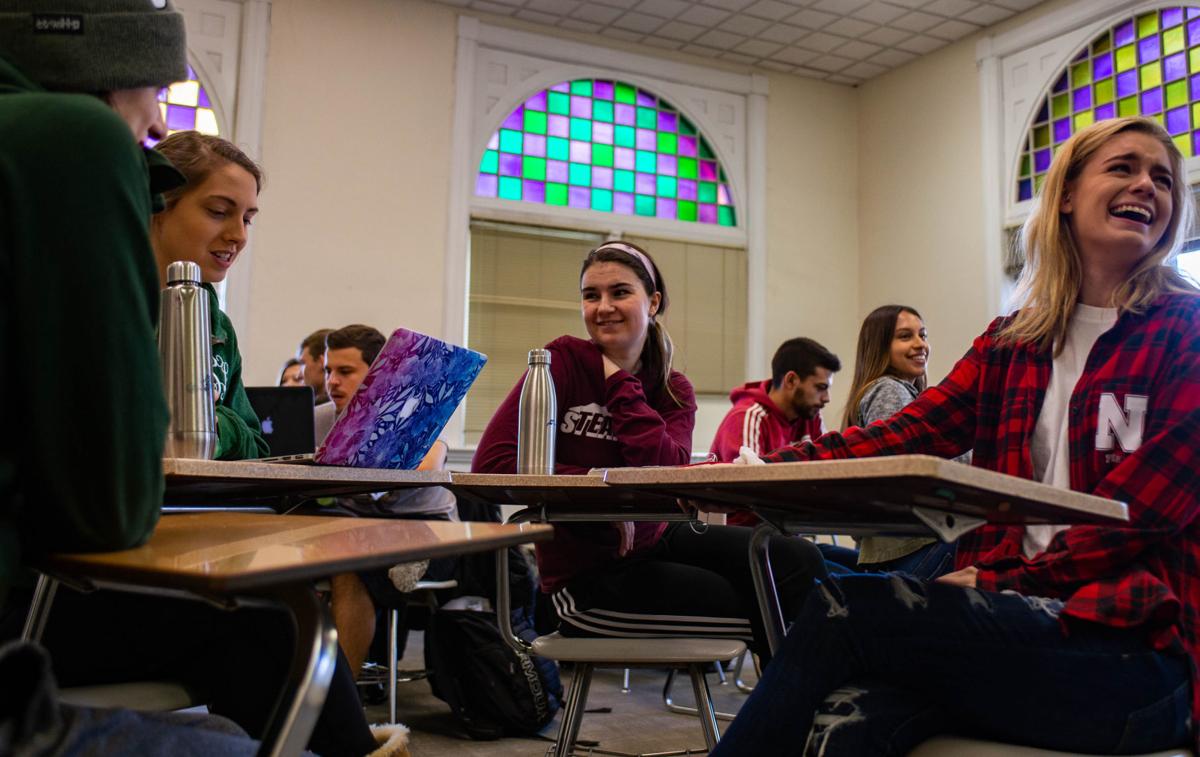 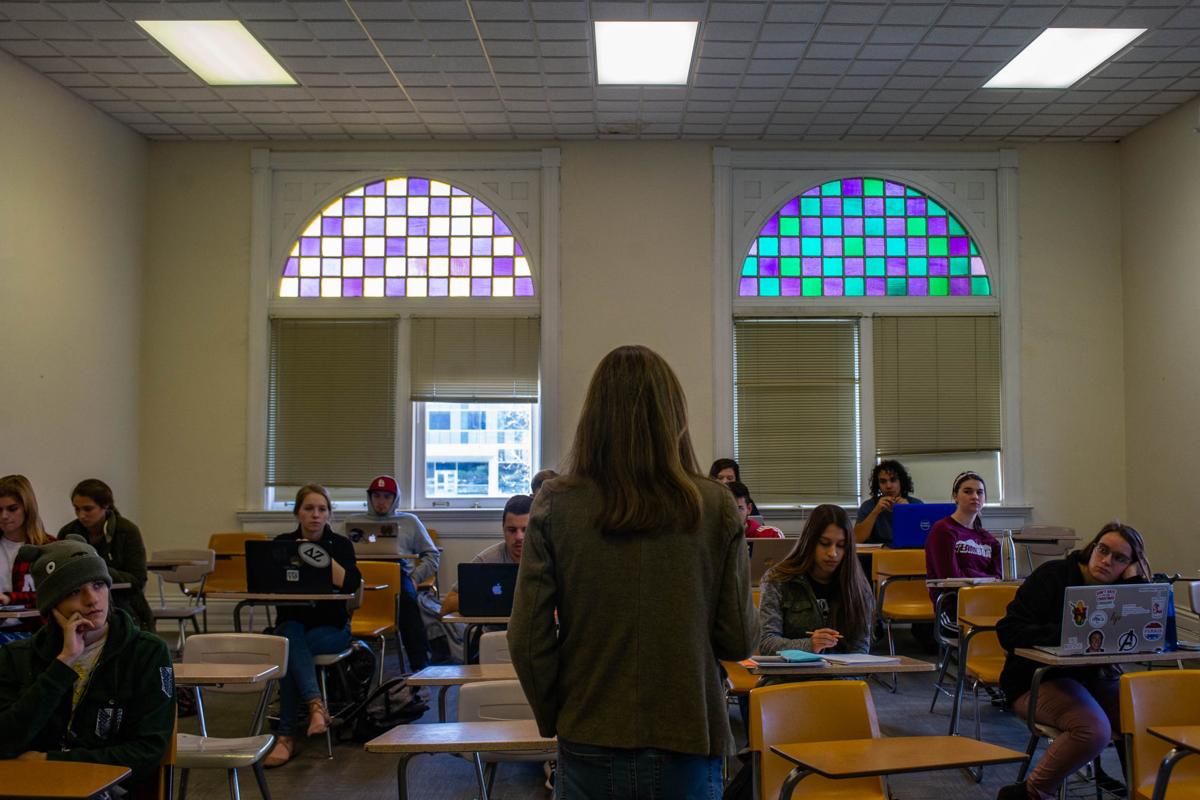 Facing cuts to its state appropriation and dwindling enrollment, the University of Wisconsin-Stevens Point was forced to make a difficult decision: How to remove an $8 million structural deficit.

Earlier this year, the centrally located university in the Badger State proposed eliminating a dozen programs, mostly humanities majors traditionally held up as anchors of higher education in the United States.

After intense backlash, driven by those asking what a university would be without a history or English major, Provost Greg Summers scaled back his proposal. His revised plan, released earlier this month, still cut deep at UW-Stevens Point’s humanities offerings, however.

Summers, himself a trained historian, proposed eliminating the history major, as well as the university’s French, German, geography and art majors, which would allow UW-Stevens Point to cut faculty positions and realign departments to meet its budget.

The university would still offer minors in most of those programs, melding the humanities into more “career-focused,” interdisciplinary majors designed to help students attain employment upon graduation.

Students with an interest in history, for example, would be steered toward becoming a social studies teacher, into an “Applied Humanities” major with a discipline-specific emphasis, or toward a Global Studies major that would lead to a graduate program instead.

Back in the Cornhusker State, Josie Wren, a junior at Nebraska Wesleyan University, said the UW-Stevens Point model was the antithesis of why she chose to pursue a major in history.

“Every history major gets asked if they are going to be a teacher,” said Wren, 21, “but teaching is not for me.”

The Omaha native said she originally planned to major in theater at the private liberal arts college in northeast Lincoln, but her love for history got in the way. She aspires to earn a graduate degree in public history and become a museum curator.

But, like many who major in the humanities instead of fields such as business, engineering or science, Wren said she understands the perception that majors such as history, English or philosophy don’t lead to lucrative jobs right out of college.

“I always worry about that sort of stuff, but at the same time, I would not be good at physical therapy, business or math,” she said. “I love history and that’s what I want to do.”

Peridot McClinton, a senior film studies major at the University of Nebraska-Lincoln, said she also worries about finding a job where she earns enough to repay student loans while also living modestly.

“I am constantly concerned and asking if I should change my major,” said McClinton, 22, of Kansas City, Missouri. “But, for me anyway, I can’t go into a STEM (science, technology, engineering and mathematics) industry because that’s not my passion.”

Both said majoring in a humanities field has helped them develop critical thinking, close reading and oral and written communications skills — the kinds of skills growing increasingly important to employers.

In an analysis of more than 36 million job postings this year, the Strada Institute for the Future of Work and the labor market analytics firm Emsi found that while employers are seeking job candidates with technical skills, they also overwhelmingly desire candidates with so-called “human skills” such as communication, leadership and problem-solving.

“Most CEOs and hiring managers will tell you it matters a whole lot less what the name of your major is than if you can demonstrate those skills,” said Kathy Wolfe, the dean of undergraduate education at Nebraska Wesleyan and a professor of English.

Although those skills aren’t taught in humanities courses exclusively, they are practiced intensely in those disciplines, Wolfe added.

But fewer college students nationally are entering humanities fields, according to the Strada Institute and Emsi. In 1970, some 36 percent of college graduates held degrees in liberal arts-related fields. Today, that number stands at 23 percent.

There are exceptions. UNL has enrolled its highest number of humanities students — 847 in classical languages, classics and religious studies, modern languages, film studies, history and philosophy — in the past five years as overall enrollment has reached record levels.

June Griffin, associate dean of the College of Arts and Sciences, attributes the growth to a reaction against the marginalizing of the humanities.

“We’ve seen a pushback against the ‘What would you ever do with that?’” she said. “The answer is, you can do anything with the kind of knowledge and skill-set you learn in those disciplines.”

At Nebraska Wesleyan, however, the trend line of humanities graduates has dropped over the past six years from 50 to 29, while the number of majors and credit hours taken has also trended downward.

Wolfe, who is also a senior fellow at the Association of American Colleges & Universities, said there may be several explanations why fewer students are seeking degrees in the humanities.

Chief among them is what she called a “perception problem.” Higher education hasn’t done enough to communicate how humanities graduates can make themselves appealing to employers.

Whereas business, marketing, or other classes listed in the course catalog indicate the kind of work a graduate will do, the names of humanities majors don’t always correlate to the name of a specific job, Wolfe added.

“If you’re in English, other than being an English teacher — which is a great job — there’s no job that says ‘I do English,’” Wolfe said. “It can lead you in a number of directions, but we need to go an extra mile to explain what those directions might be.”

More students are also earning English or history college credit while still in high school or take those courses at the community college level, allowing them to bypass those classes early in their college career when they might develop an interest, in what Summers referred to as “the commodification of the first two years of college education.”

“There is a financial pressure to get (general-education courses) out of the way” so students can graduate in four years with minimal amounts of debt, he said.

And with the economic downturn a decade ago, Wolfe said students and parents have grown “afraid of not getting a good enough return on their investment when they head out into the job market."

The American Academy of Arts & Sciences found in its “The State of the Humanities 2018” that graduates in the humanities earn less and experience slightly higher levels of unemployment when compared to graduates in the oft-mentioned STEM fields.

Taken from data collected by the 2015 National Survey of College Graduates, the median annual earnings for a humanities graduate holding a bachelor’s degree was $52,000, well below the $82,000 median for engineering graduates and the $60,000 median for all graduates.

Humanities graduates will never catch up to their peers in STEM, health care or business fields in terms of income, but they will experience faster wage growth in their 30s and 40s.

And although they are projected to earn less, 87 percent of humanities graduates said they were satisfied with their job, however, perceiving their own well-being at a similar rate to graduates from other fields.

Wren and McClinton both said while they are aware of the potential financial reality of graduating with a humanities major, they are prepared to bring their human skills into the workforce.

The Strada Institute and Emsi are bullish on their future, saying the future job market appears to be bending back toward the need for "more learners who know how to think on their toes — who can problem-solve in the most uncertain and ambiguous of situations."

There's a need for a "modern-day Rosetta stone to translate and decode the intersection between postsecondary education and the workforce," or a primer for how certain skills students gain are sought by employers.

"As technologies or entire jobs become obsolete, workers who can adapt and learn how to solve new problems in the market will thrive," the study concludes, "but learners need help in navigating and translating their skills into the language of the marketplace while ensuring they have the right technical skills to augment their human skills."

If it were 3 p.m. on any other Thursday during the year, the management and staff of McDonald's No. 6739 would be readying for the evening rush.

The University of Nebraska-Lincoln named its inaugural vice chancellor for diversity and inclusion Monday, and with it, created a new office f…

The University of Nebraska Board of Regents could grant the system’s top administrator broader authority to sign contracts, a move board membe…

In a first-of-its-kind program in Nebraska, full-time students at Midland University will receive an iPad and Apple Pencil — at no cost to the…

The interim dean of the University of Nebraska-Lincoln's College of Agriculture and Natural Sciences will become the permanent dean early next year.

When finals ended and Nebraska Wesleyan University emptied for a monthlong winter break, Elaine Hart and a small group of her fellow students …