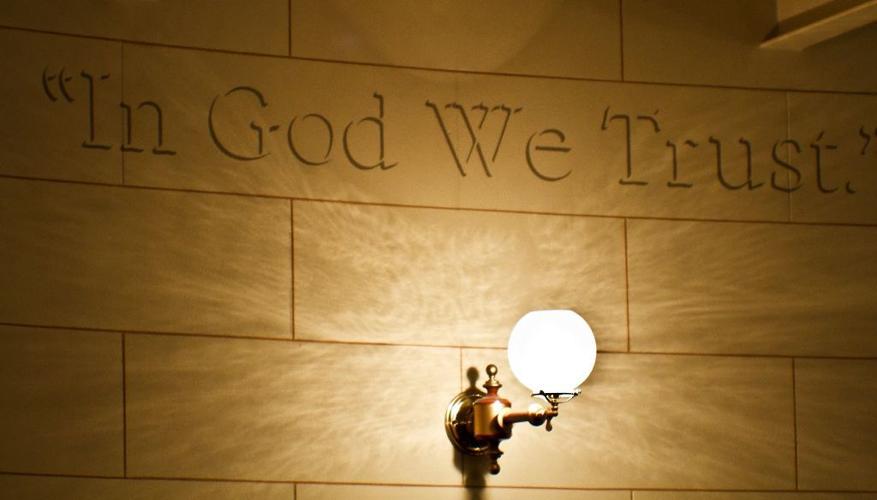 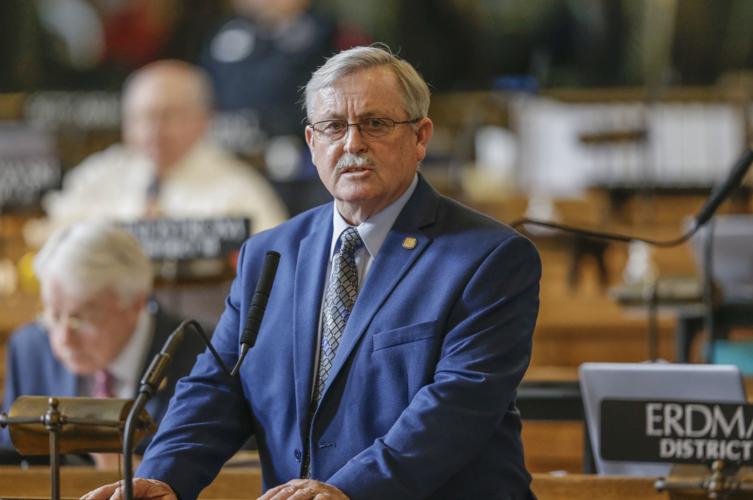 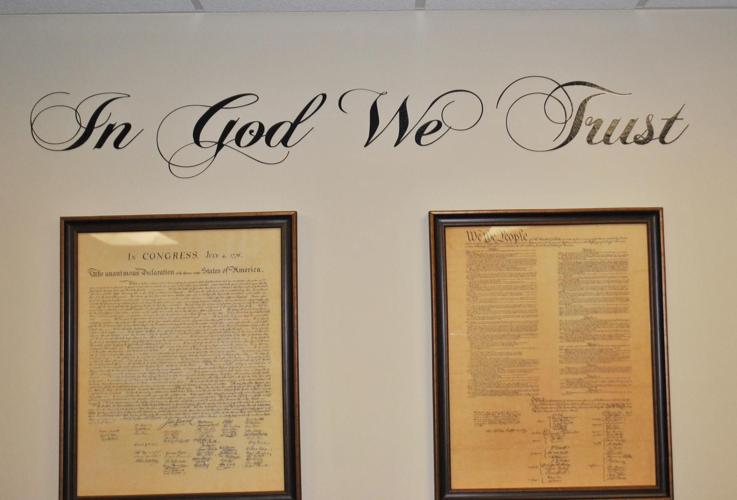 Call it an act of God — or don't — that a Tuesday snowstorm kept would-be testifiers on a bill requiring "In God We Trust" from filling up the Legislature's Education Committee hearing room.

In a marathon 2 1/2-hour hearing, all but two of the dozen people who testified on the first day of committee work called Sen. Steve Erdman's bill (LB73) a naked attempt to inject religion into Nebraska's public school system.

Erdman's proposal would require the national motto adopted by Congress in 1956 to be hung in all classrooms or school common areas.

It also allows schools to solicit private donations for the project, and, through an amendment, gives schools the option to ask the Nebraska Attorney General to defend them in court if they are sued over the signage rather than requiring the attorney general's participation.

Zachary Wahab Cheek, who told the committee he was a practicing Muslim, said he took no issue to the national motto being displayed in schools because he understood God to also refer to Allah, but later admitted he understood how others could take issue with the plan.

Two opponents who testified Tuesday avoided talk about religion and discussed the policy implications of the Bayard senator's proposal.

Carina McCormick, who has a doctorate in educational policy, research and accountability testing, said the bill flew in the face of Nebraska's past commitment to local control of schools on issues such as statewide testing.

"They were forced kicking and screaming by the federal government after fighting for years," McCormick said. "It was so important to the state that we didn't tell schools how to take care of their own education and to limit federal government or state government control of what happens in schools."

Colby Coash, a former state senator from Lincoln who now represents the Nebraska Association of School Boards, said McCormick's assessment about school leaders feeling a loss of control was grounded in reality.

School board members are also leery of additional unfunded mandates from the state, and Erdman's bill makes no guarantee schools could raise the money needed to meet the statutory requirements rather than using taxpayer funds, he said.

Many schools would proudly display the national motto if the statute was discretionary, Coash added, "but they would resist the mandate" from the state.

Erdman warned the Education Committee that attempts to derail his bill would come from testifiers who framed the issue as a religious incursion into schools. But most of Tuesday's hearing pitted atheists, the non-religious, or those with faith expressing concern about the separation of church and state against the committee's conservative Christian members.

Much of the discussion centered on the nature of belief itself.

Joseph Couch of Lincoln, who told the committee he was an atheist, said bills such as Erdman's are part of a national trend "to distort the definition of religious freedom and our nation's history," coming as more people are abandoning religion in the U.S.

His testimony was met by Sen. Dave Murman of Glenvil, who said schools teaching evolution — which he said "takes a lot of faith to believe" — and other subjects disputing God's existence reflected another belief system imposed upon students.

Couch said evolution is based upon scientific observation, unlike religion, which he said is based upon faith, which made one alone appropriate for secular schools.

"I believe blue is a color and that can be shown," Couch said. "I could say 'I believe there is a teapot floating in orbit around Mars.' I can't prove that. Do those two statements hold equal weight? Certainly not."

Sen. Tom Brewer of Gordon asked Thomas Gray, a fellow service member from Millard who identified himself as an atheist, if he ever struggled with what would happen if he was killed in action. Brewer said his faith in God gave him comfort on difficult missions.

"I did not exist for all of time up until I was born, and that troubled me none at all," said Gray, who also testified against Erdman's bill. "Once I am dead, I will not be troubled by all the time after I go."

The Nebraska First Evangelical Church of Satan, however, was neither for or against Erdman's bill.

Erdman has said he believes God should be taught in school — although he claimed his bill did not accomplish that — and members of the committee appeared to also see the bill with a religious tint, pointed out John Skinner, speaking on behalf of the church.

If God is going into the public schools, the Church of Satan feels it, too, should be welcomed in classrooms or common areas.

"I can't say I support putting religion in schools," he told the committee, "but it does open an opportunity up for us."

Sen. John McCollister is beginning his second term with a new seat on the Legislature's restructured Revenue Committee and a broad agenda in mind.

"In God We Trust" first appeared on United States currency in 1864, at the height of the Civil War, before it was adopted as the national mott…

WAKEFIELD — Like many young couples, Adrian and Maria Ruiz wanted to own their own house.

Mumgaard running for re-election to LPS board

Annie Mumgaard is running for a second term to serve District 4 in north-central Lincoln on the Lincoln Board of Education.

Nativity scene won't be moving back to courthouse lawn

A Nativity scene removed from a county courthouse lawn in southern Iowa won't be returning.