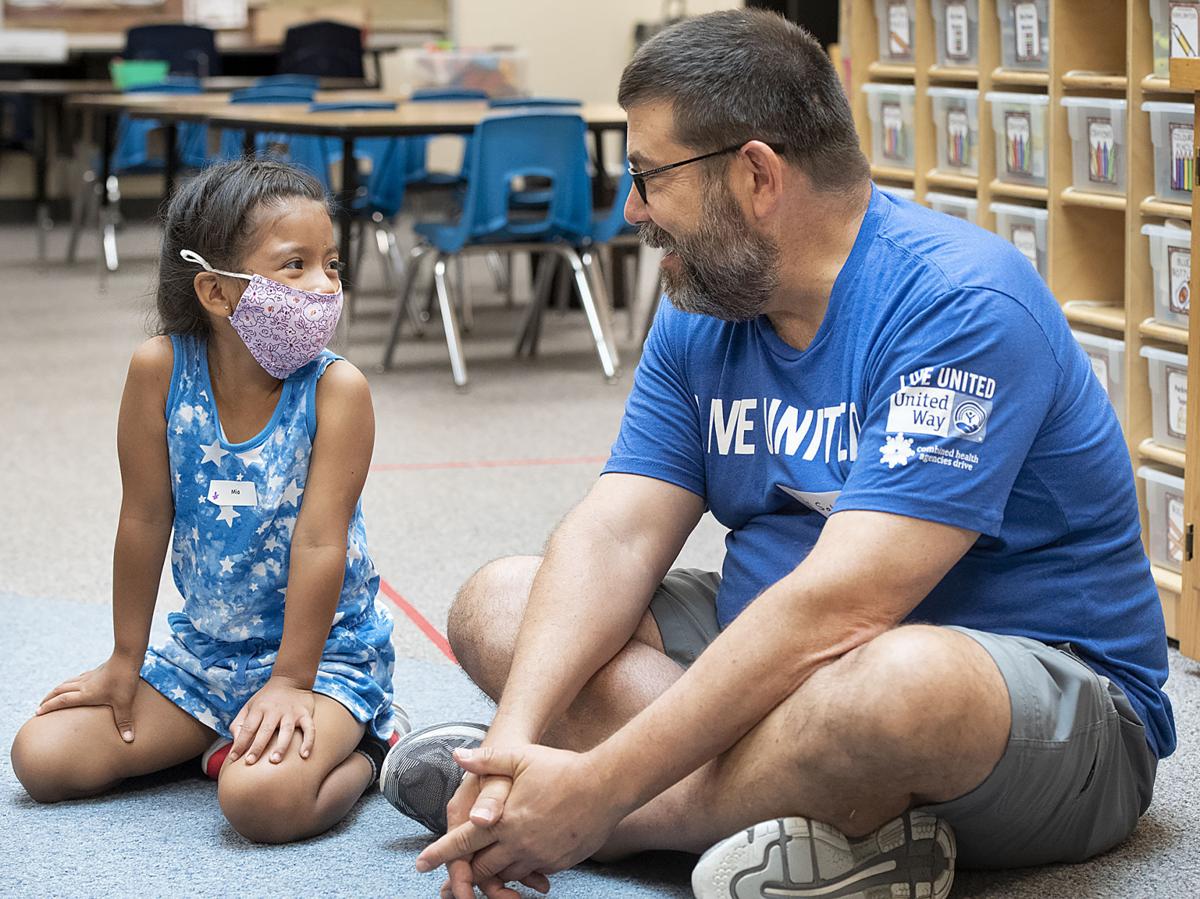 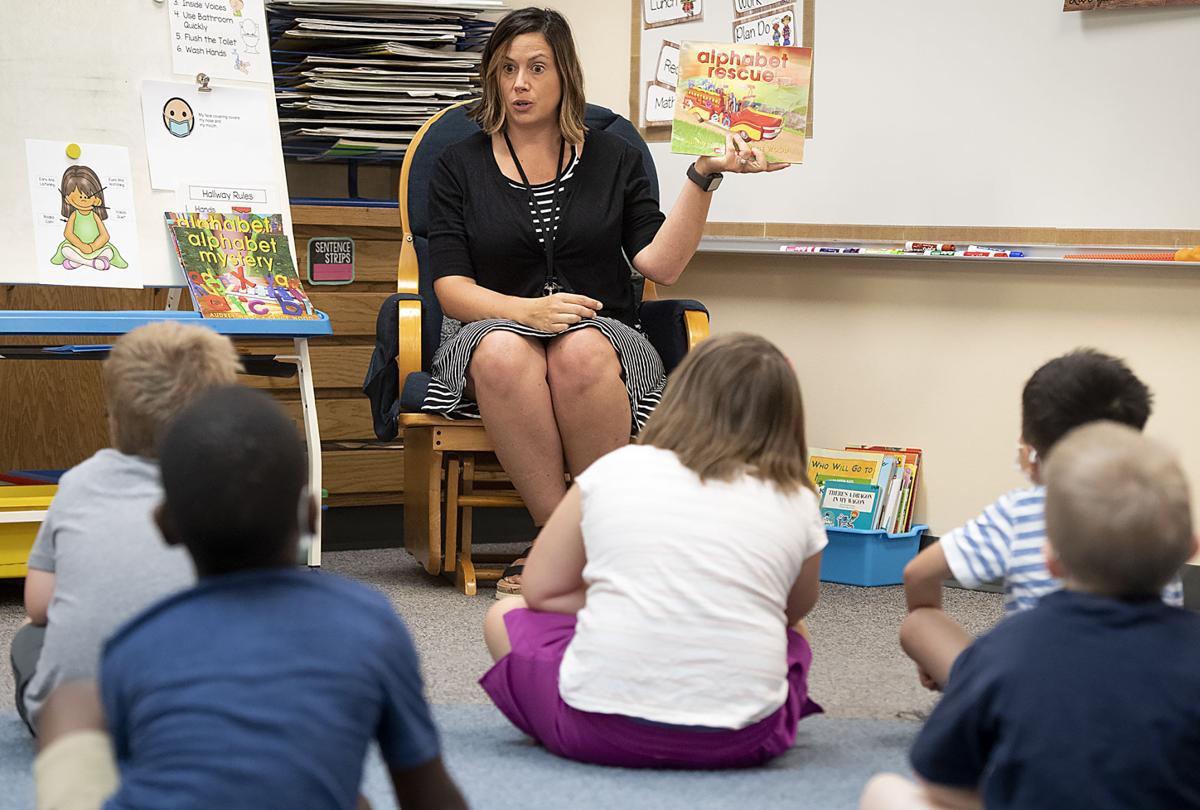 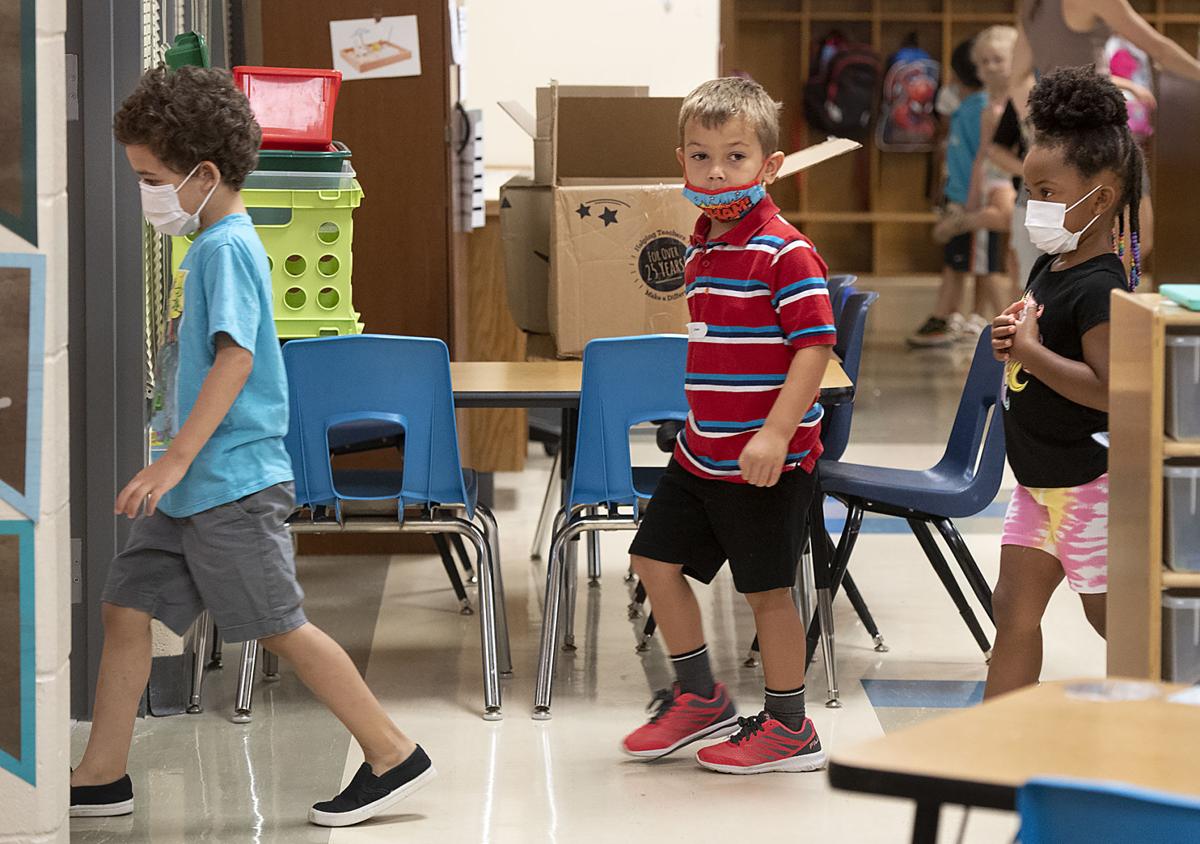 Students in the United Way Jump Start to Kindergarten program practice lining up for recess Thursday at Campbell Elementary School. 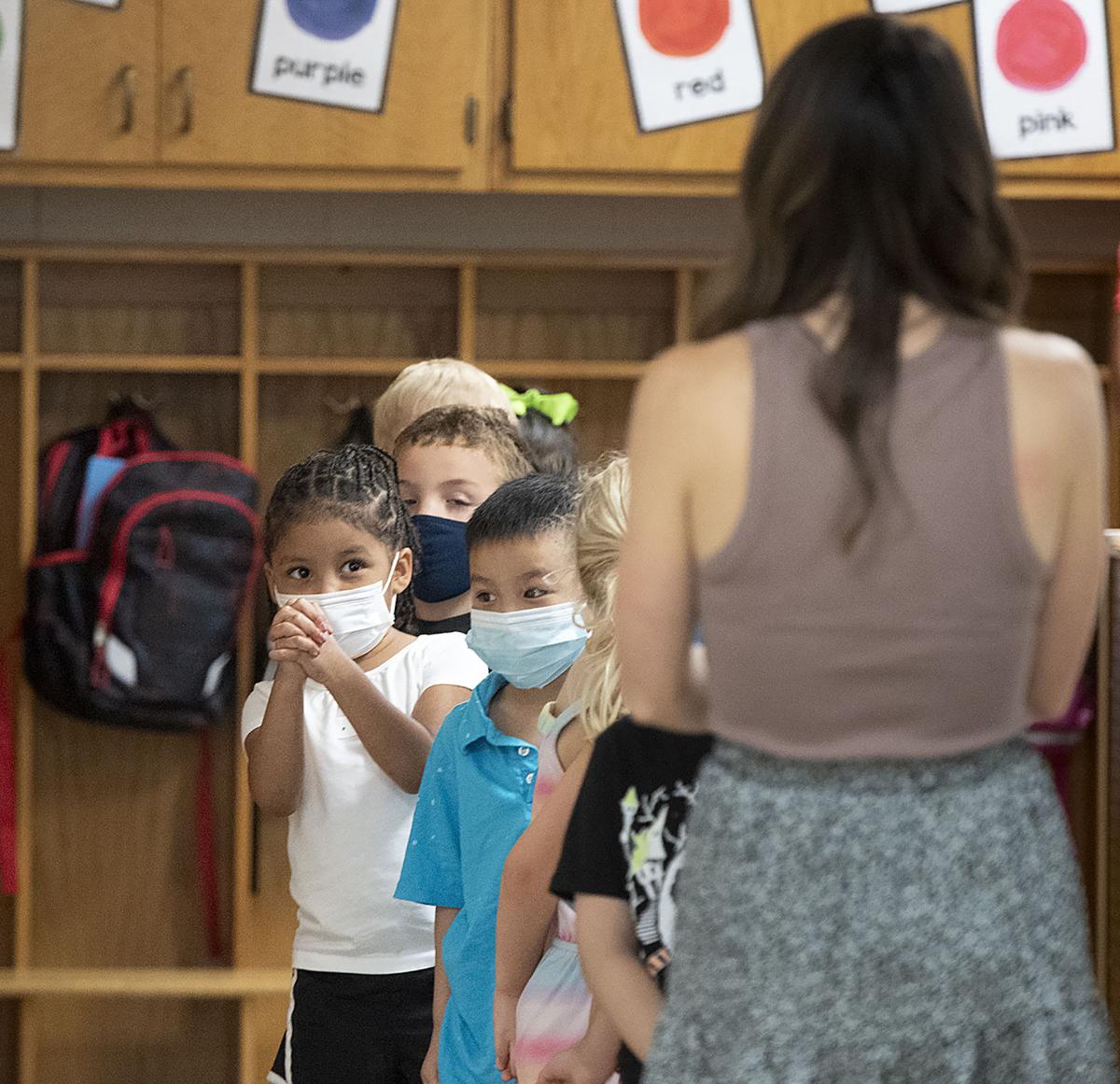 Students in the United Way's Jump Start to Kindergarten program practice lining up for recess Thursday at Campbell Elementary School.

Alli Daniel flips through the pages of a children's book about a mischievous sunflower seed, reading excitedly to a captive audience of soon-to-be kindergarteners at Campbell Elementary School on Thursday.

The moral of the story, "The Bad Seed," it seems, is that you can't judge a seed by its shell.

There's a bit of "good" in everyone, as the book explains.

"I also say 'Thank you!' and I say 'Please!' and I smile and hold doors for people," Daniel reads. "He's not all that bad anymore!"

And when she closes the book on story time, the children happily say "Thank you!" too.

The book is a fitting one. It's in this classroom — Mrs. Kerry Spence's kindergarten room, decorated with colorful alphabets and posters — that Lincoln Public Schools, with the help of United Way, is planting the seeds for these young students' success weeks before classes begin.

Through the charity's Jump Start to Kindergarten program, Daniel and other volunteers have helped students get prepared for the year ahead that, for soon-to-be kindergarteners, can be filled with daunting challenges.

Like learning how to use scissors safely and lining up for recess, or how to sit in a desk and sing songs and learn the ABCs and numbers.

It's also a chance for students to meet some of the familiar faces — classmates, teachers and other staff — who will soon populate the hallways and classrooms this fall.

"Oh, my gosh, the kids, they change a lot throughout the week," said Daniel, who's volunteered in the program through her employer, Nelnet, for the past few years. "I think it's really important, especially for some of these kids that maybe haven't had much structure before. It really just kind of gives them a boost going into the school year."

The classes are also a lot of fun and games, with activities — like building with Legos and solving puzzles — that help show students that school isn't just about following rules and listening to instructions.

Tim Sabo admits he was just as nervous as the kids Thursday morning when he sat in the Campbell cafeteria.

It was the Nelnet United Way campaign co-chair's first day volunteering, and he wasn't sure what to expect.

"I think I was as scared as they were," he said.

But then an enterprising student, having improvised a wig of curls out of some toys, placed it on Sabo's head and the nerves — of both adult and child alike — were gone.

"The way trust builds — they were afraid this morning — and how fear drops ... it's just really cool," said Sabo, Nelnet's chief audit executive who's been involved in United Way work for nearly 10 years.

The United Way has helped fund and supply volunteers to the Jump Start kindergarten program at Campbell since 2017 and at McPhee Elementary since 2013.

Volunteers assist teachers who run the classrooms, from helping at breakfast time to running learning exercises. Half-day sessions typically run one to two weeks, depending on the year.

Lincoln Public Schools also offers Jump Start programs at other schools, too, but this summer is a bit different.

Other sessions are only two days, and take place at different times in July and August.

"It allows them to do some of the things to get students into school mode," said LPS Director of Student Services Russ Uhing. And, more importantly, "it helps learning begin sooner," he said.

That's especially key as LPS looks to channel millions of federal virus relief money into avenues that can help accelerate learning just as schools ramp up for the first day of class Aug. 16.

Over $240,000 of that money was earmarked for the Jump Start programs, Uhing said, to help pay for supplies, meals and staffing, although there's a good chance the district won't need all those funds, he added.

"It's important every year, but especially with COVID this year, it's magnified," the volunteer Sabo said. "And it gives you all the respect in the world for teachers, the administration. ... It's all about the kids."

"The revision is based on people's fears," an advocate said. "We know there are same-sex couples, LGBTQA+ people. … If you pretend those identities don't exist, you don't learn the reality about life as it is."

Musical at Lincoln Southwest almost didn't happen, but now it's being nationally recognized

For the third time in the theater department's 19-year history, Lincoln Southwest was invited to the main stage of the International Thespian Festival, held this past week, for its production of "Newsies."

With crucial school year ahead for students, new teachers are just getting started

Hundreds of new teachers are starting out at LPS this week as school returns for what district officials see as a crucial year for catching up students.

Students in the United Way Jump Start to Kindergarten program practice lining up for recess Thursday at Campbell Elementary School.

Students in the United Way's Jump Start to Kindergarten program practice lining up for recess Thursday at Campbell Elementary School.